Our time in Valparaiso in pictures

Known as 'Valpo' to its friends, this bustling, chaotic port town was designated a UNESCO world heritage site in 2003, after locals petitioned the international body to try and stop
the building of a very modern glass cube on top of an old colonial building in one of the city's main squares.

They failed to stop that particular development, but were successful in achieving world heritage status. This has been a mixed blessing. While it means new developments have to be in keeping with the current architecture, the strict rules and regulations of UNESCO has meant that people don't want to buy and maintain some of the older buildings in the city as it can be expensive to follow UNESCO's rules.

Although this means that some buildings are close to falling down and some of the city could do with a real face lift, Valparaiso is still a pretty and interesting town to explore and to photograph.

The Port
Until the Panama Canal opened, stealing the limelight, Valparaiso was one of the world's most important port cities. In the second half of the 19th century, the city served as a major stopover for ships travelling between the Atlantic and Pacific. 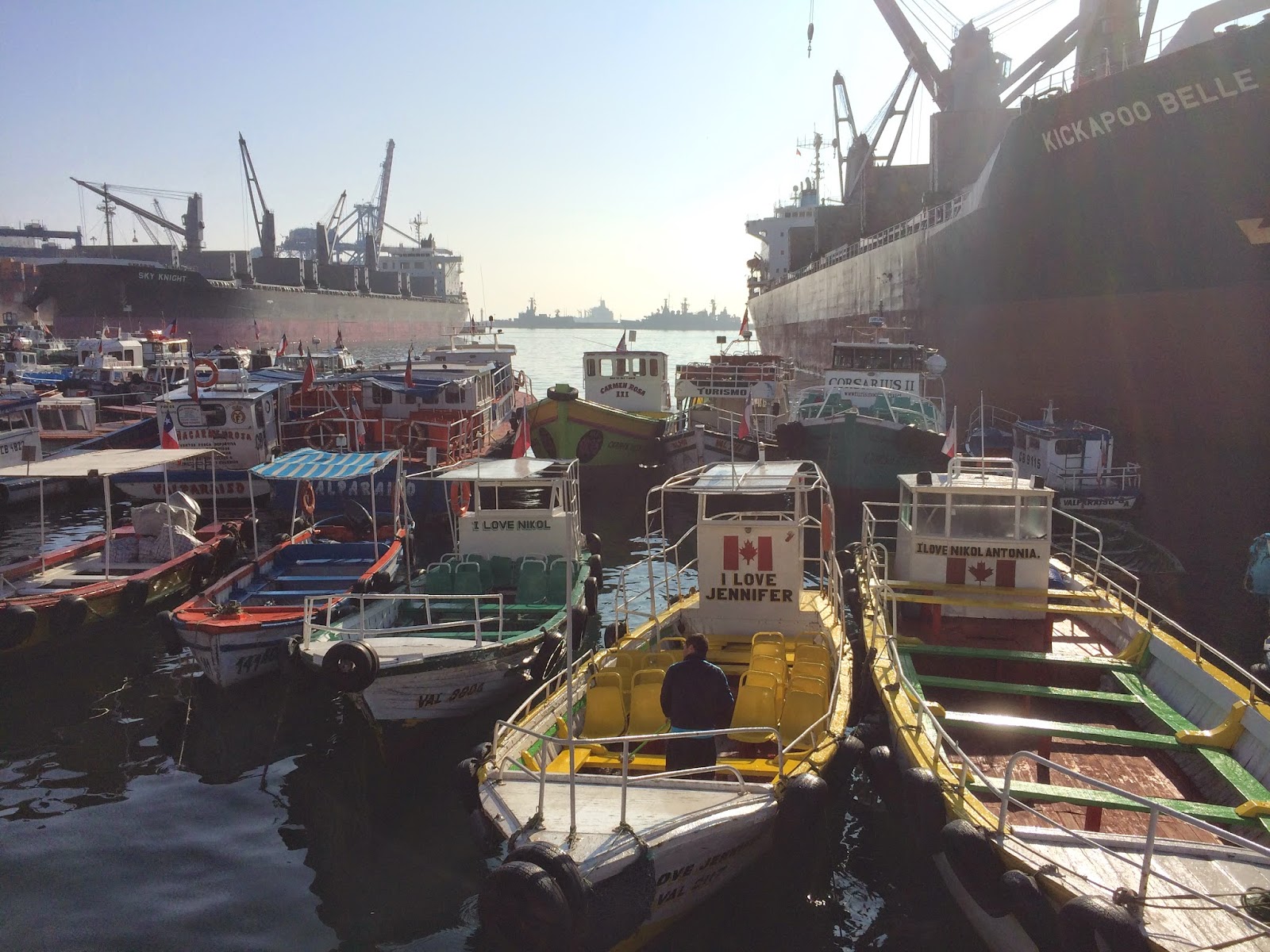 While its importance has decreased, the port is still very busy. You can a great view of the comings and goings at the port from the "Paseo 21 de Mayo". Like everywhere in Valpo, its a little climb up to the viewpoint, but its worth the view of the bustling port. 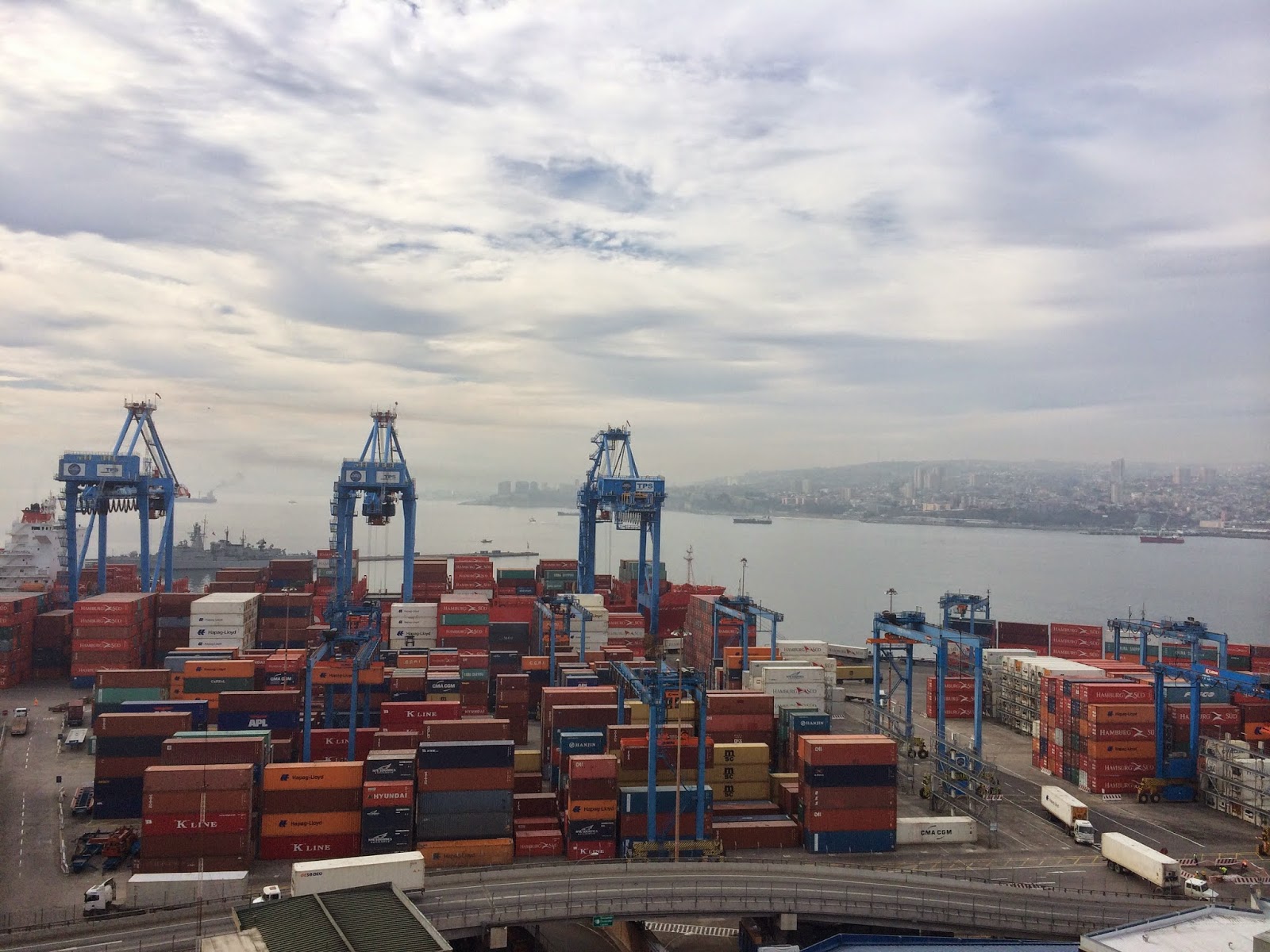 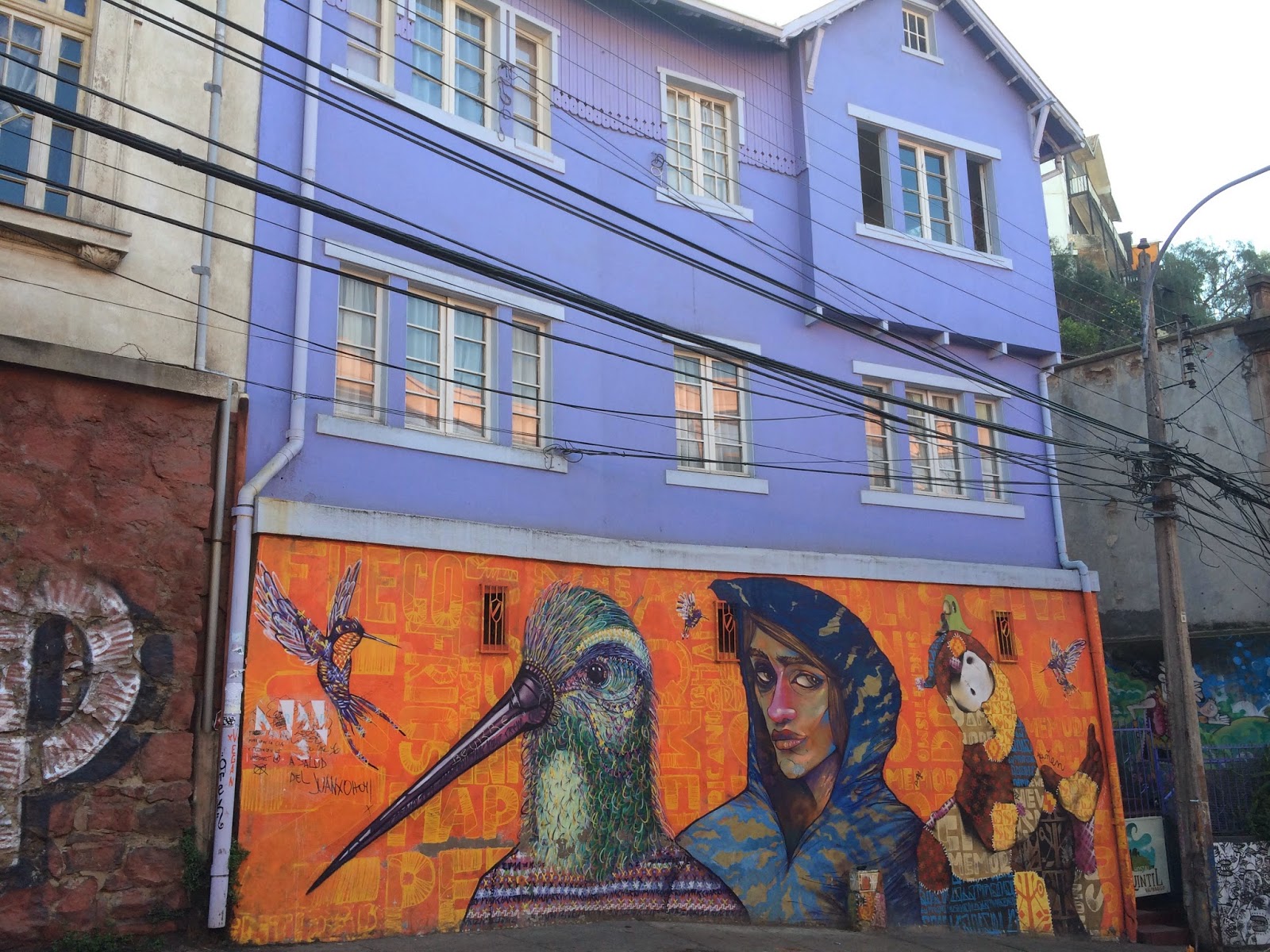 Valparaiso is full of street art. Everywhere you turn, another picture captures your eye.  We took a walking tour around the city with Tours for Tips and were shown some of the most well known ones. But walk anywhere in the city and you can’t fail to come across some fantastic pictures. 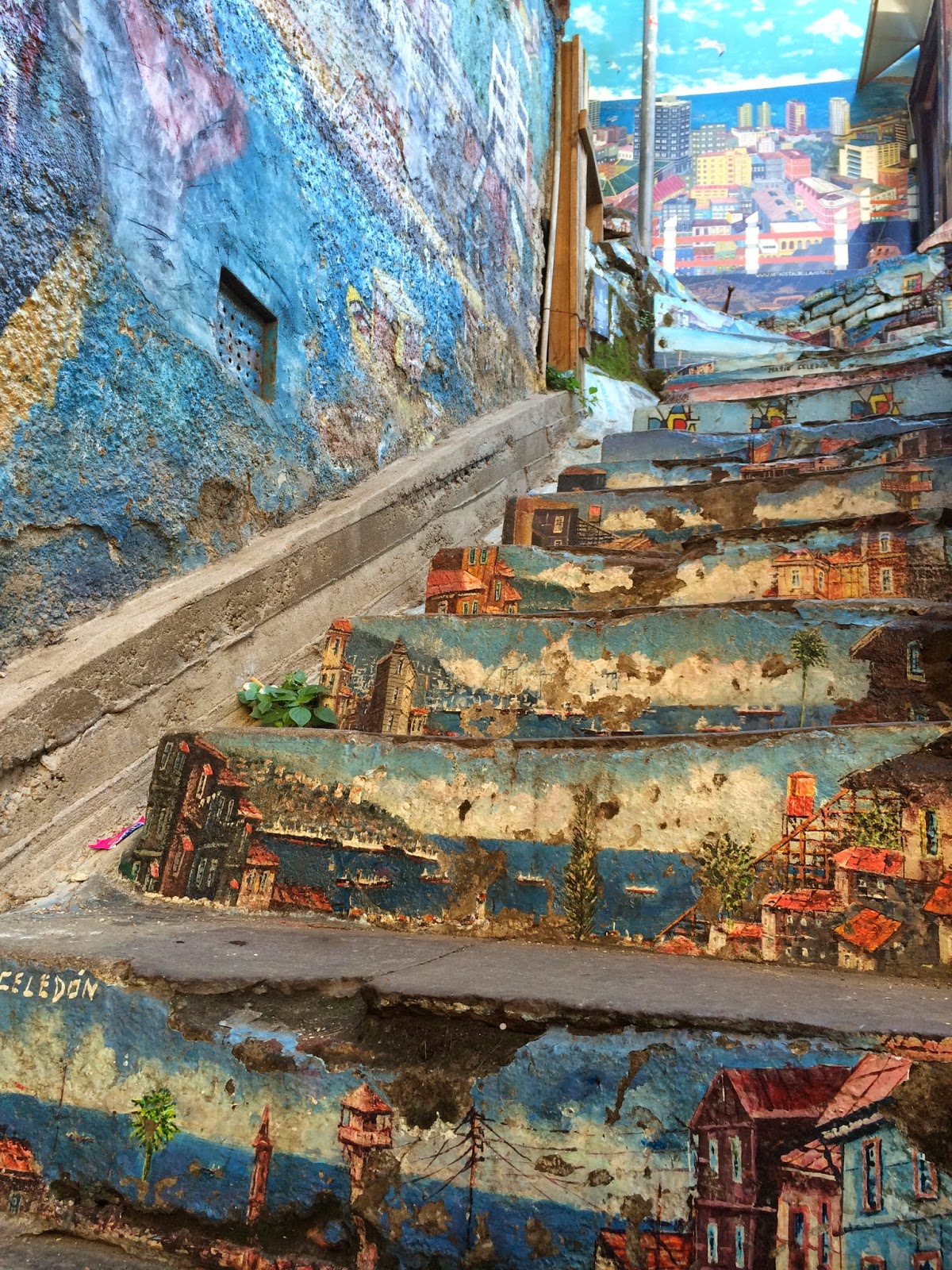 I couldn't help but keep snapping photos. This is just a small sample: 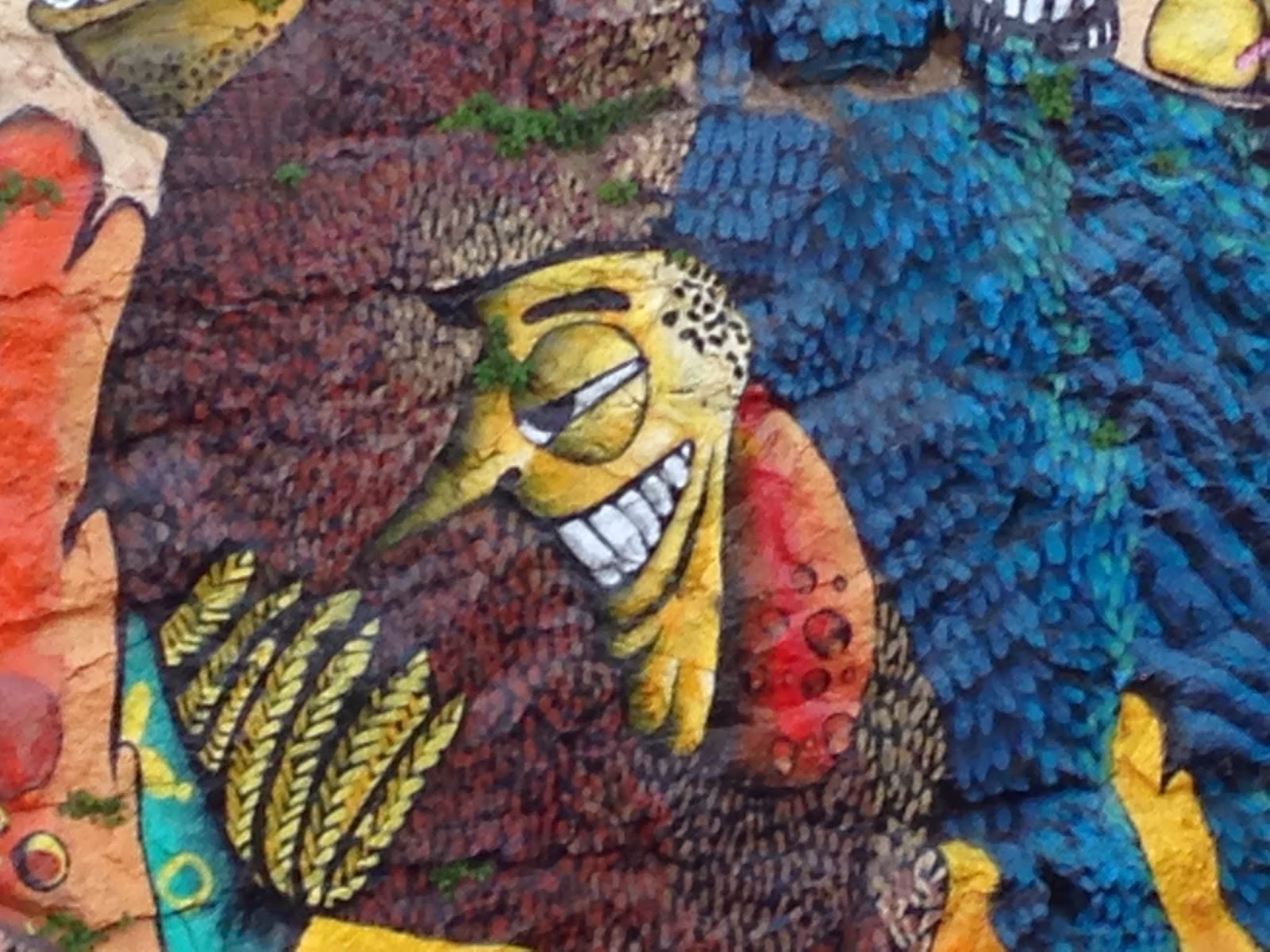 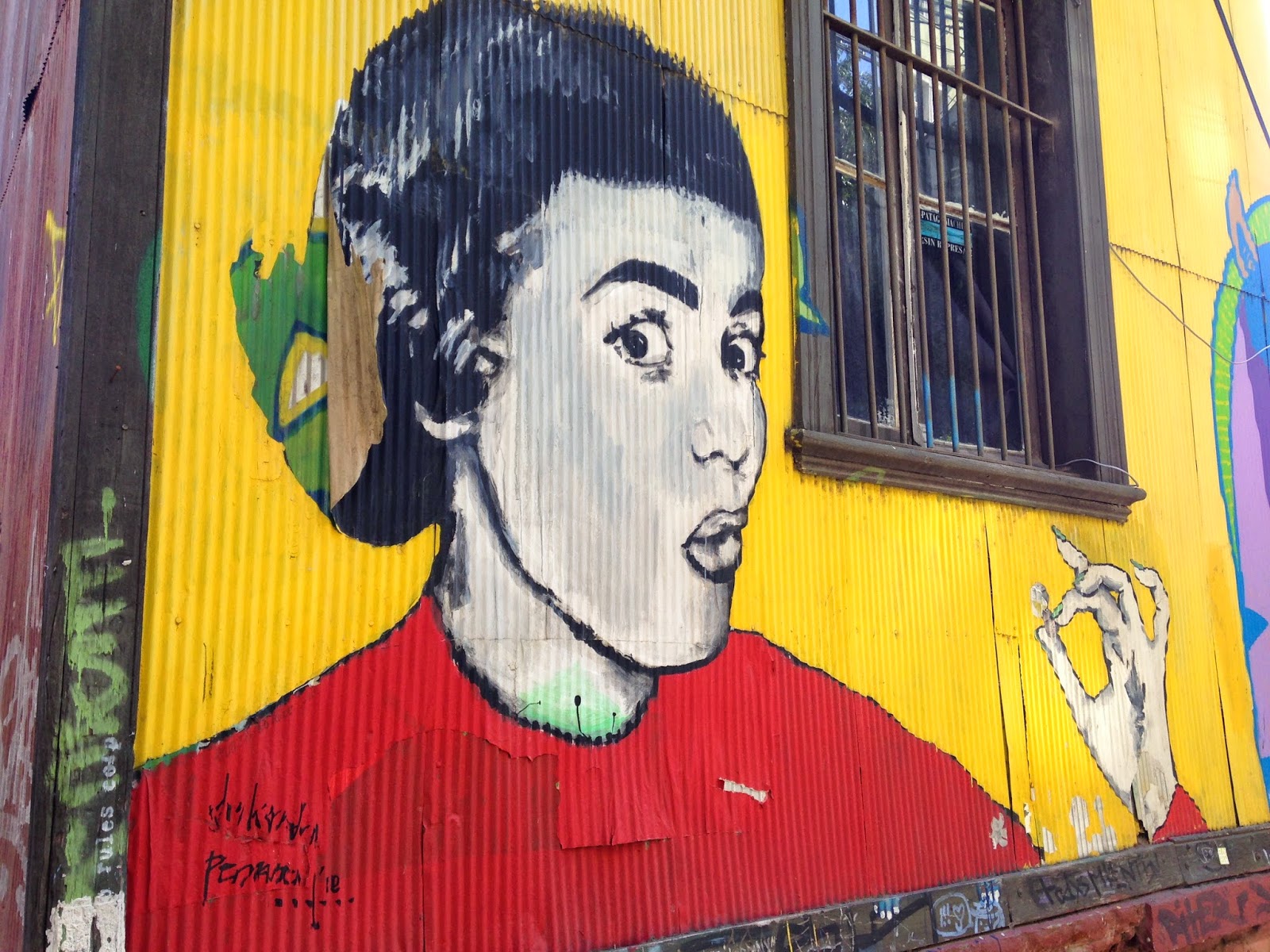 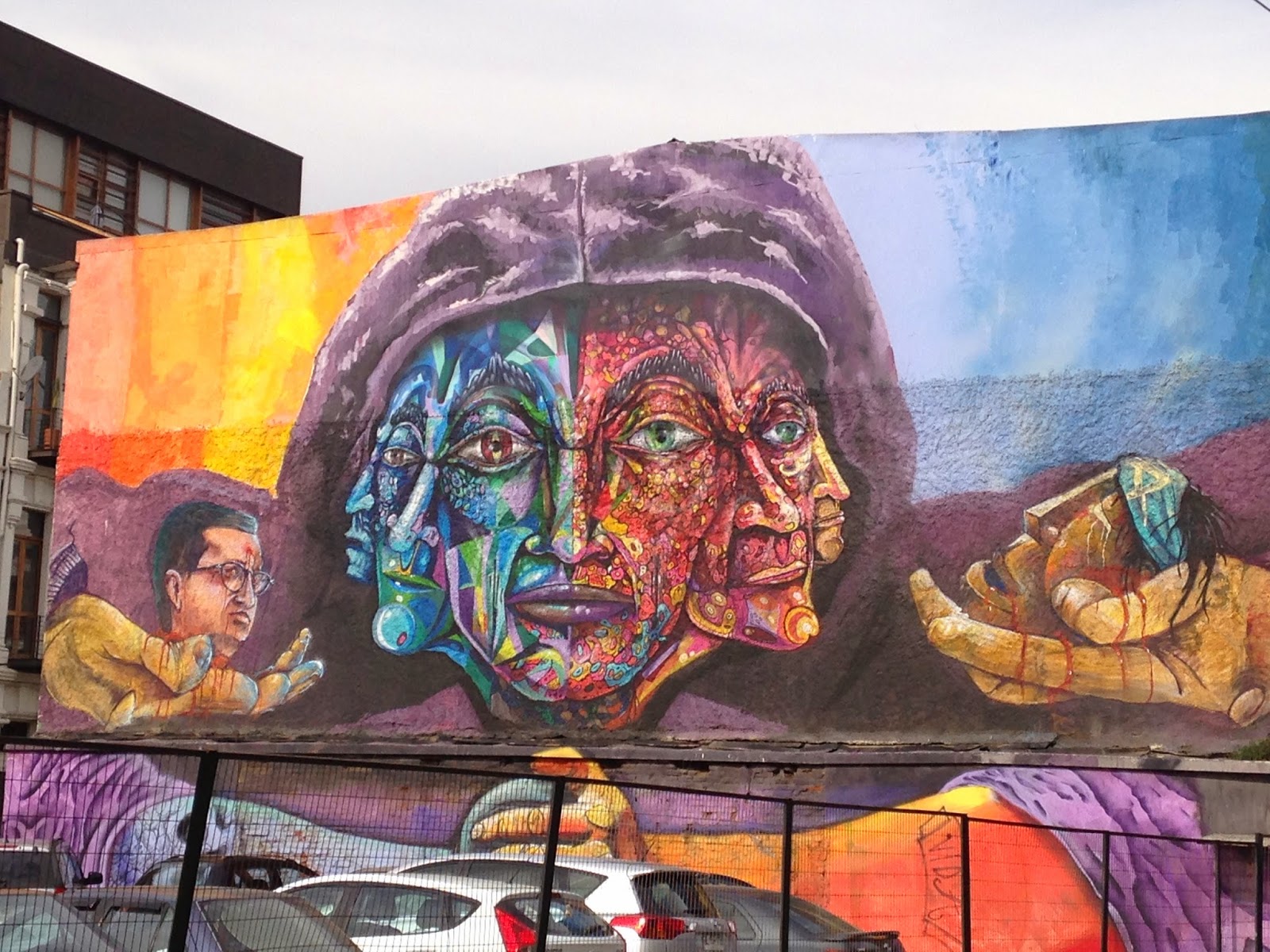 Yummy treats
Valparaiso was also where we first discovered the delights of alfajores. These are delicious little biscuit treats, most often filled with dulce de leche and covered in chocolate. 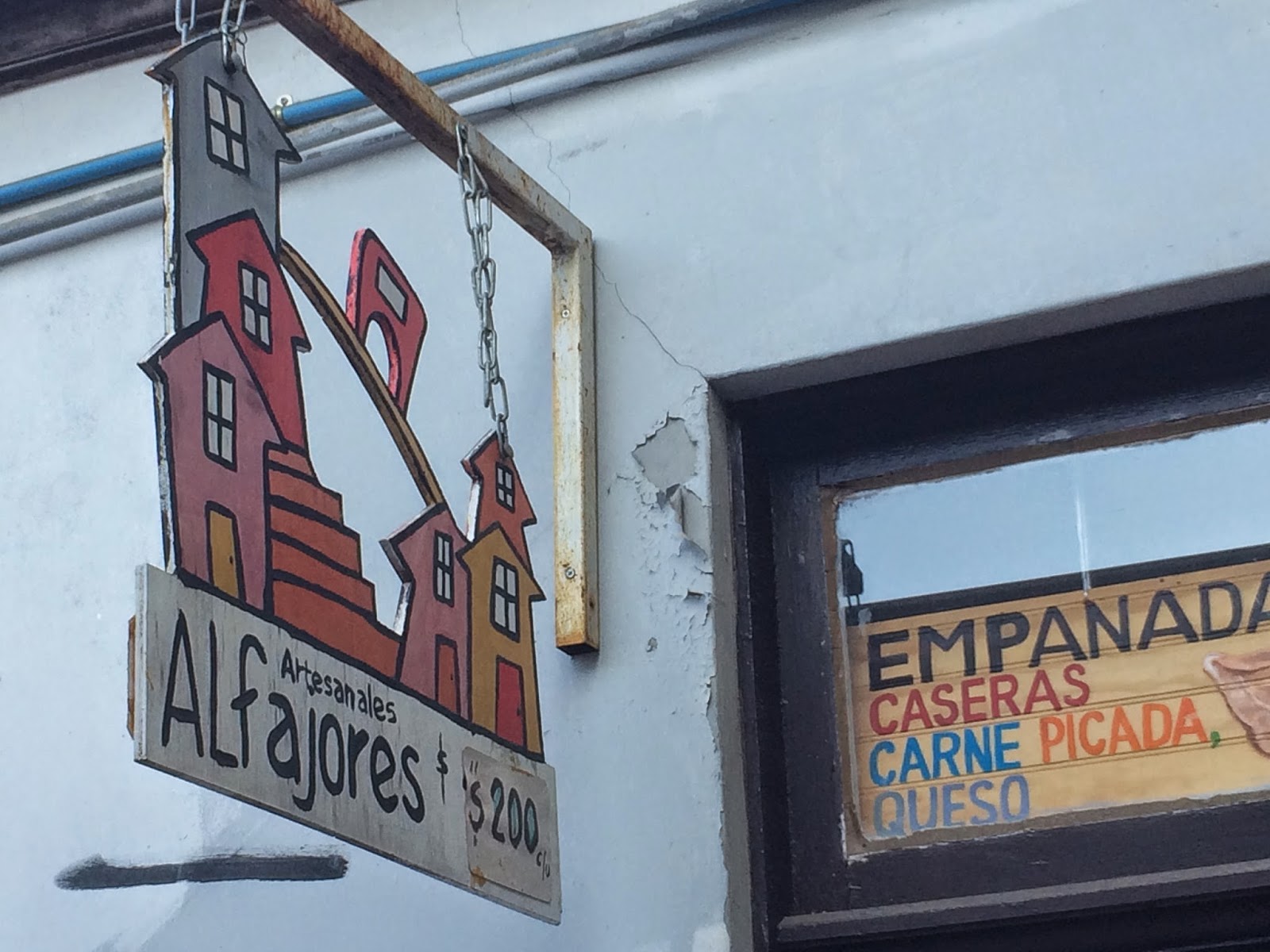 We were given a free sample of a home baked alfajor on a walking tour. We later discovered that they also existed in Argentina and began a little bit of a mission to find the best one! Happily, we could never come to final decision about which one was best, so we just had to keep trying out different ones.


Heart attack on a plate

It’s no secret that South Americans love their meat. And for carnivores on a budget who need filling up/ aren’t worried about their cholesterol, Valparaiso (and elsewhere in Chile) takes this love one step further in the form of chorillana. This is a dish of chips, topped with slices of beef, eggs and fried onion. James was happy. 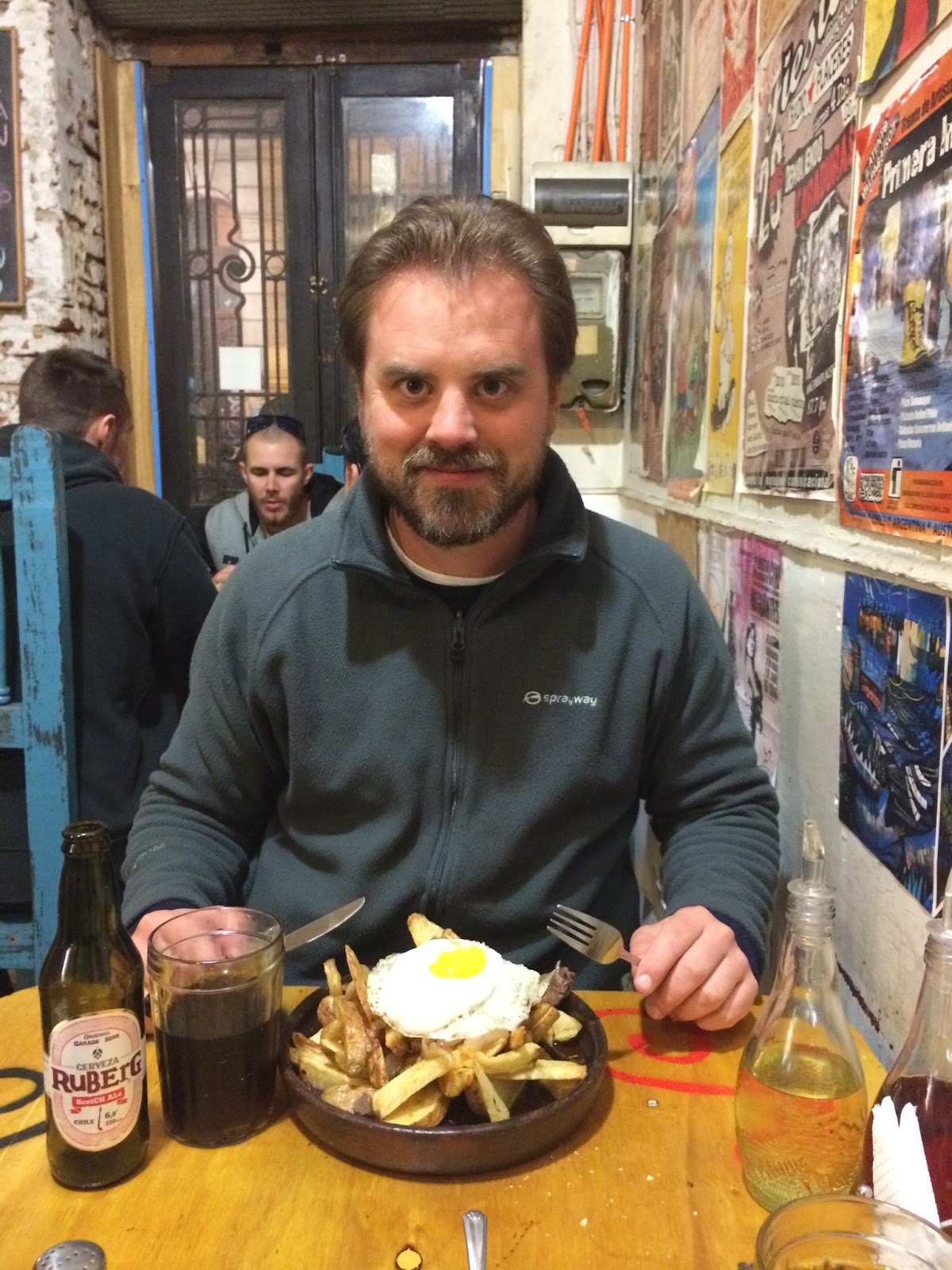 I stuck to the enormous cheese empanadas. 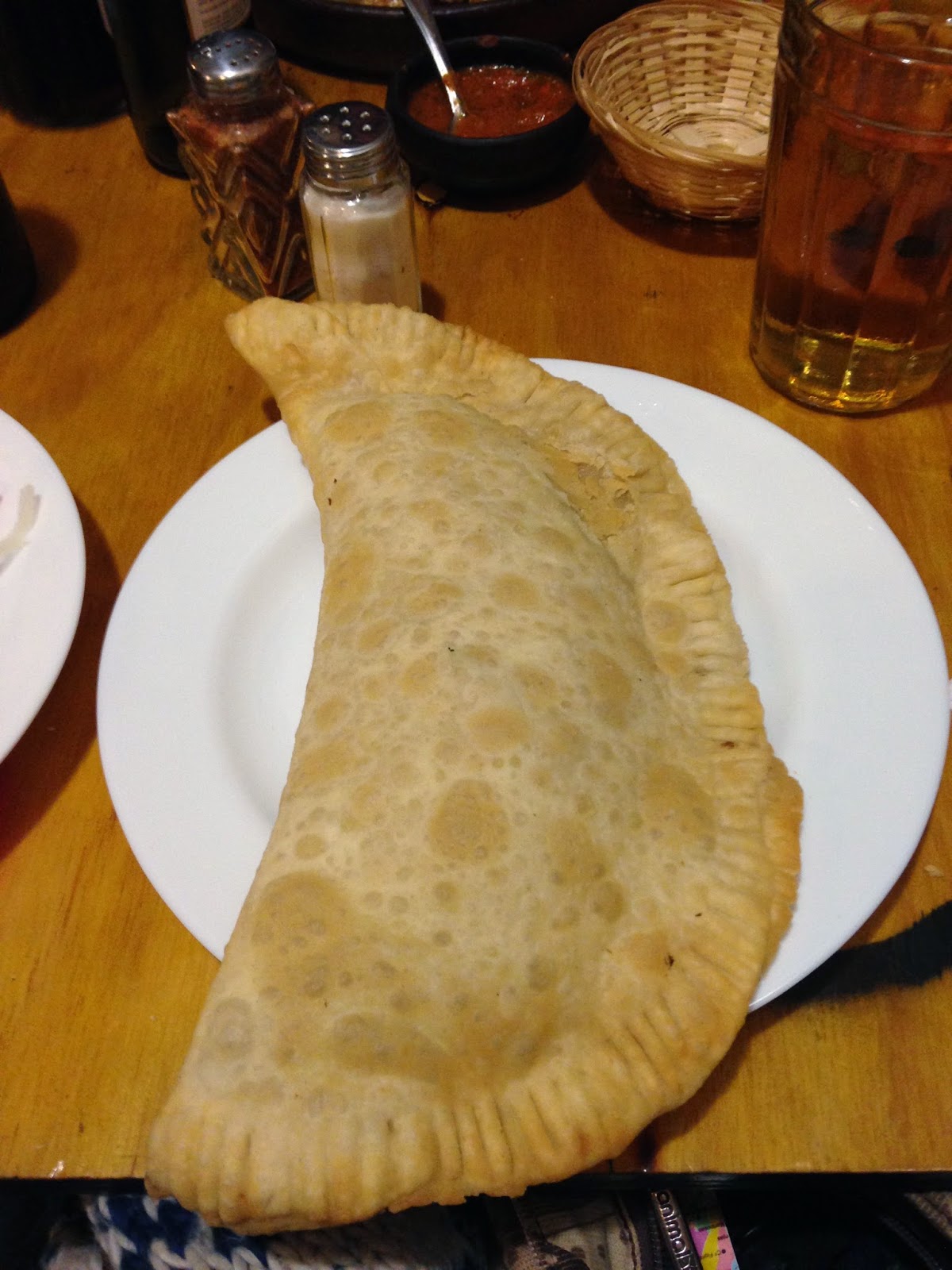 Cooking with Boris
During our stay in Valparaiso, we spent an afternoon/evening with Boris from Chilean Cuisine, learning about Chilean food, cooking and eating and drinking. 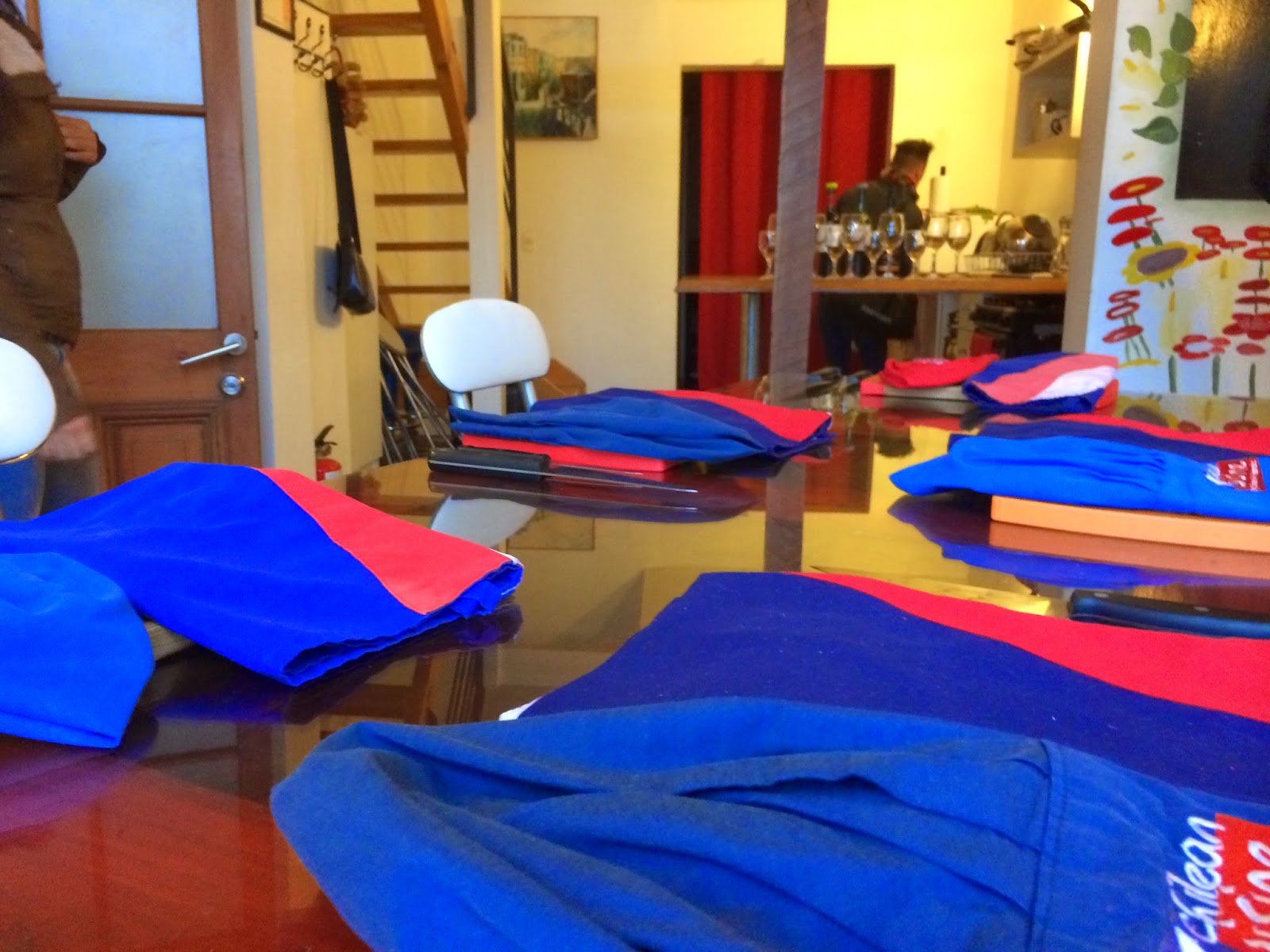 He easily adapted old Chilean recipes to make veggie versions for me, we made delicious Pisco Sours, sampled some tasty local wine, cooked our own empanadas and James learnt how to make ceviche (a fish dish that is eaten in both Chile and Peru).

We had a fantastic evening with Boris, learning about Chilean food and culture. He was also really open in giving us a fascinating insight into growing up in Chile under the dictatorship.

This was a real highlight of our time in Chile. 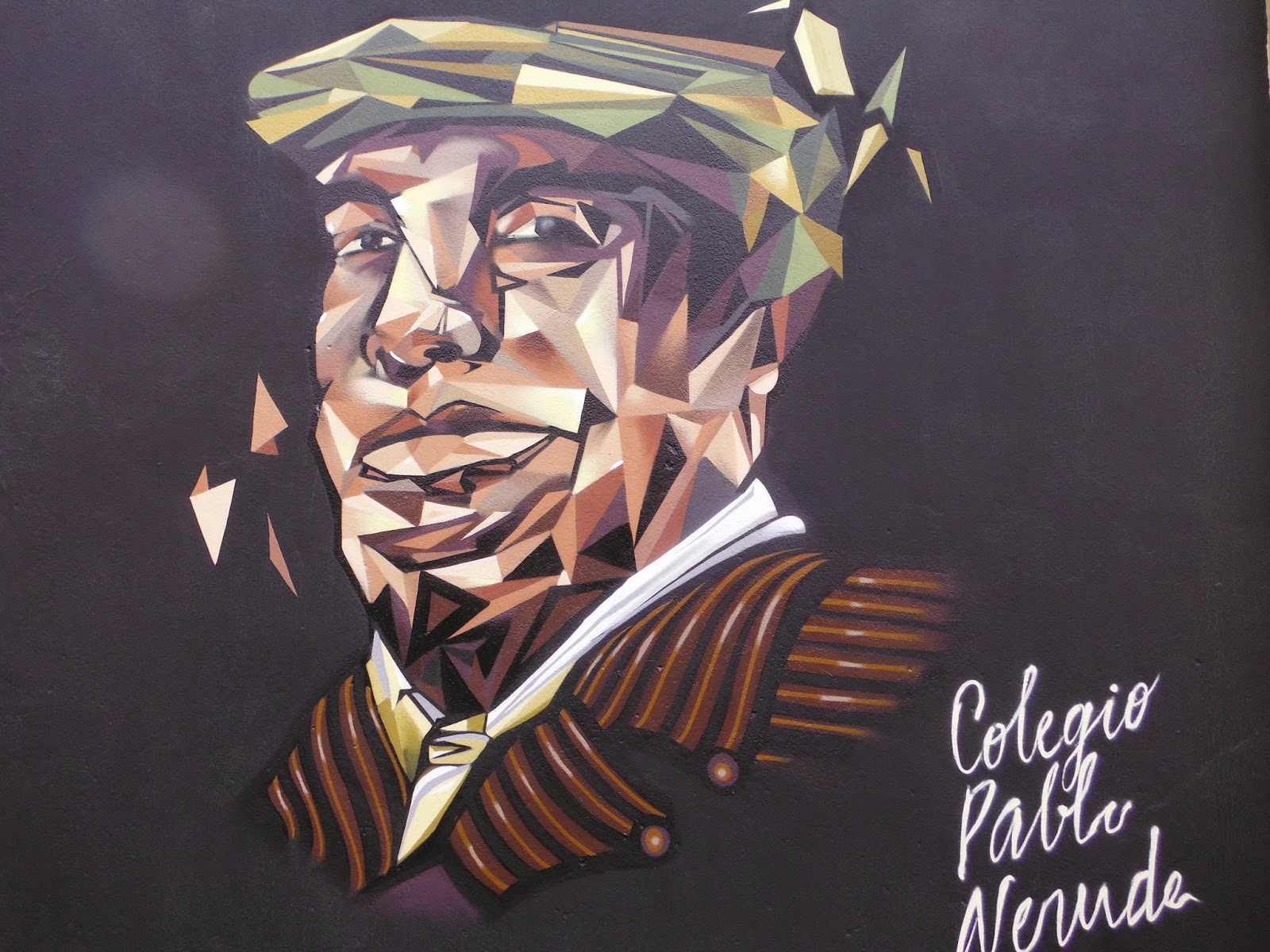 Valparaiso was where Chilean poet Pablo Neruda had one of his homes. It is now a museum and really worth a visit to admire the views that helped inspire the poet. 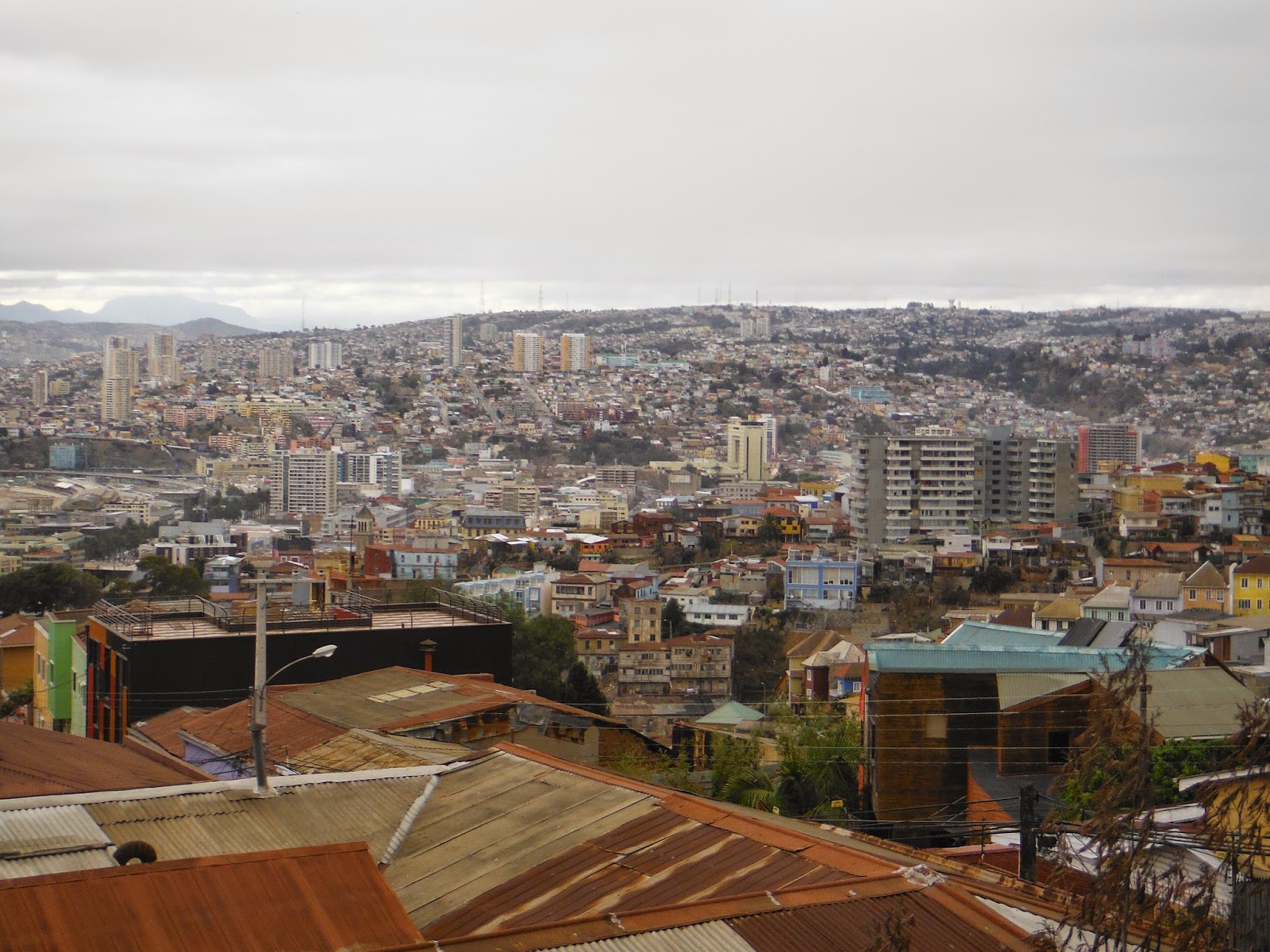 I knew little (OK, nothing) about the poet before our visit, but really enjoyed having a nosey around his house, looking at his eclectic collection of furniture and artwork and thinking about how I would rearrange the place if I lived there! 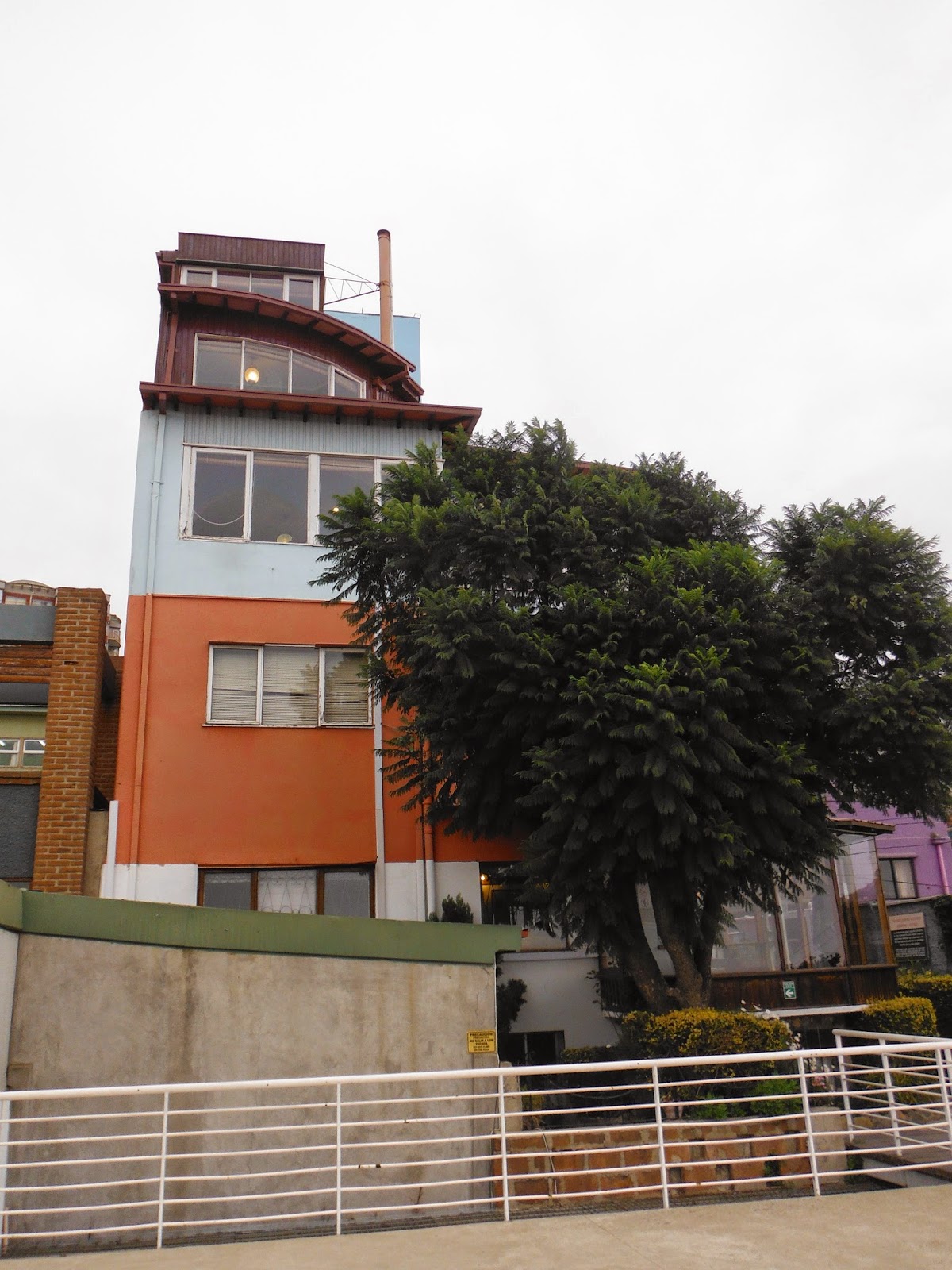 Our Verdict
During our time in Valparaiso, we also spent an afternoon strolling along the seafront at nearby Viña del Mar. A popular seaside town for locals in the summer, there wasn't a great deal to see in the winter and while the beach (and the ice-cream) was nice, I was pleased we were staying in Viña's edgier, less clinical (and admittedly sketchier) neighbour.

Some of Valparaiso is a bit run down and on arrival at our hostel, the receptionist crossed out parts of the map and told us they were no go areas. However, in the areas we did go I felt safe and I really enjoyed exploring and eating our way around this old port town. 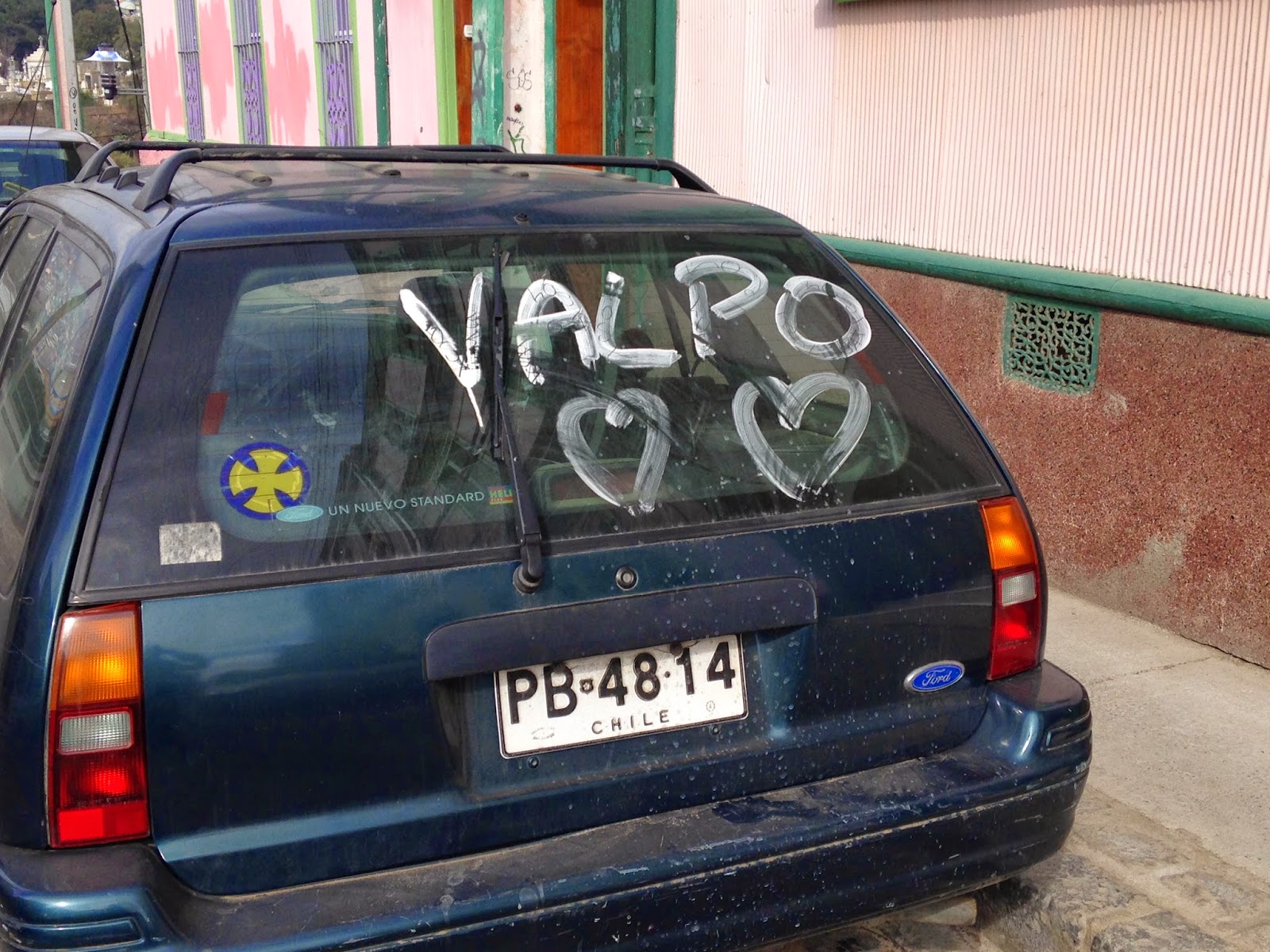