Starting our week in Buenos Aires

Buenos Aires was fun and interesting city to while away a week. There was so much to see and do there, we could have 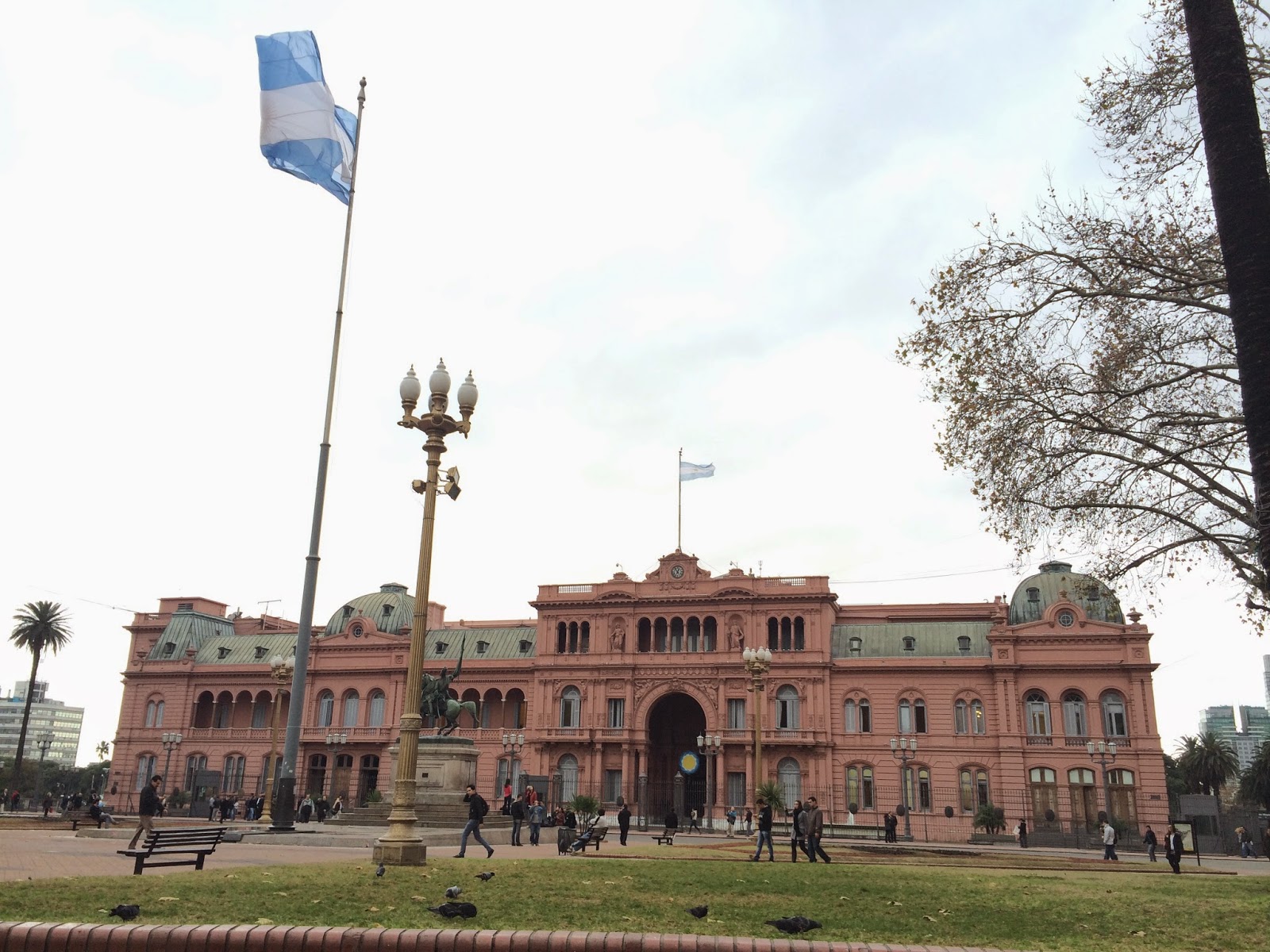 Our arrival into the city felt almost like going home … it was raining! A LOT. The city is also very European looking and apart from the big light up image of Evita on one of the buildings on "the widest avenue in the world", Avenida 9 de Julio*, I’m not entirely sure I would have placed us in South America, if I hadn’t known where we were.

Hanging out in our pad in San Telmo

Having seen the accommodation that a Dutch couple who we’d met in Sucre had been staying in during their time in BA, we followed in their wake and spent our first three nights in the city in a beautiful old mansion in San Telmo, booked through Air BnB.


Our room came complete with a jacuzzi as well as a sitting room to relax in. And the house was beautiful.

We also liked San Telmo area and so decided to stick around in the area, even though a prior reservation on our room meant that we couldn’t stay in the mansion for longer.

We enjoyed strolling around the area with its old colonial buildings, cobbled streets and great bars, as well as the Sunday market which was like London's Portobello Road market, but with tango.


A bit of history
Our first morning in the city, we went on the free walking tour to get an introduction to the city and a feel for the place.


One of the most poignant moments of the tour was when we were standing in the Plaza de Mayo and the guide told us about how in 1977, 14 mothers marched around the Plaza demanding information about their ‘disappeared’ sons and daughters.

The group, which became known as the “Madres (mothers) de la Plaza de Mayo” developed into an important social movement and there is a still a vigil every Thursday in the square to remember the disappeared. A few of the mothers of the original 14 still participate in the vigil.

Part of the social movement is now dedicated to finding out what happened to the children of some of the disappeared. A number of women who were taken by the military were pregnant at the time and the children born to them in detention were often adopted by military families.

This means are a number of people our age and not too much older who are only finding out now that the people they have called their parents are not only not their parents, but actually were part of the system that helped detain and kill their real parents. The late 1970s/early 1980s was a pretty brutal time to be living in Argentina. This was brought home to us again, on our visit to Córdoba.

Football
Our arrival in Buenos Aires also marked the beginning of the 2014 World Cup. Although James and I are not particularly big football people, we couldn't help but start to get caught up in the passion Argentinians have for the beautiful game (and their obsession with their star player Lionel Messi).

And as we were going to be in Argentina for the whole of the world cup, it was important that we got into the spirit of things.

*Avenida 9 Julio is not the widest avenue in the world, but most Argentinians will enthusiastically tell you that it is and I don't want to upset them. Just don't tell them that I told you!

For more on our stay in Buenos Aires see:
- Fuerza Bruta
- Photographing Palermo
- Finding Evita in Buenos Aires
- A day trip to Tigre
Posted by Sarah at 22:26