Anyone who has watched Evita will remember seeing Eva and Juan Peron making impassioned speeches from the balcony of the ‘pink house’ or Casa Rosada – the presidential offices - to thousands of adoring supporters in the Plaza de Mayo.

Interested in political history (and having not long re-watched Evita, before our trip began!), I was pleased to learn that there were free tours around the Casa Rosada on weekends. 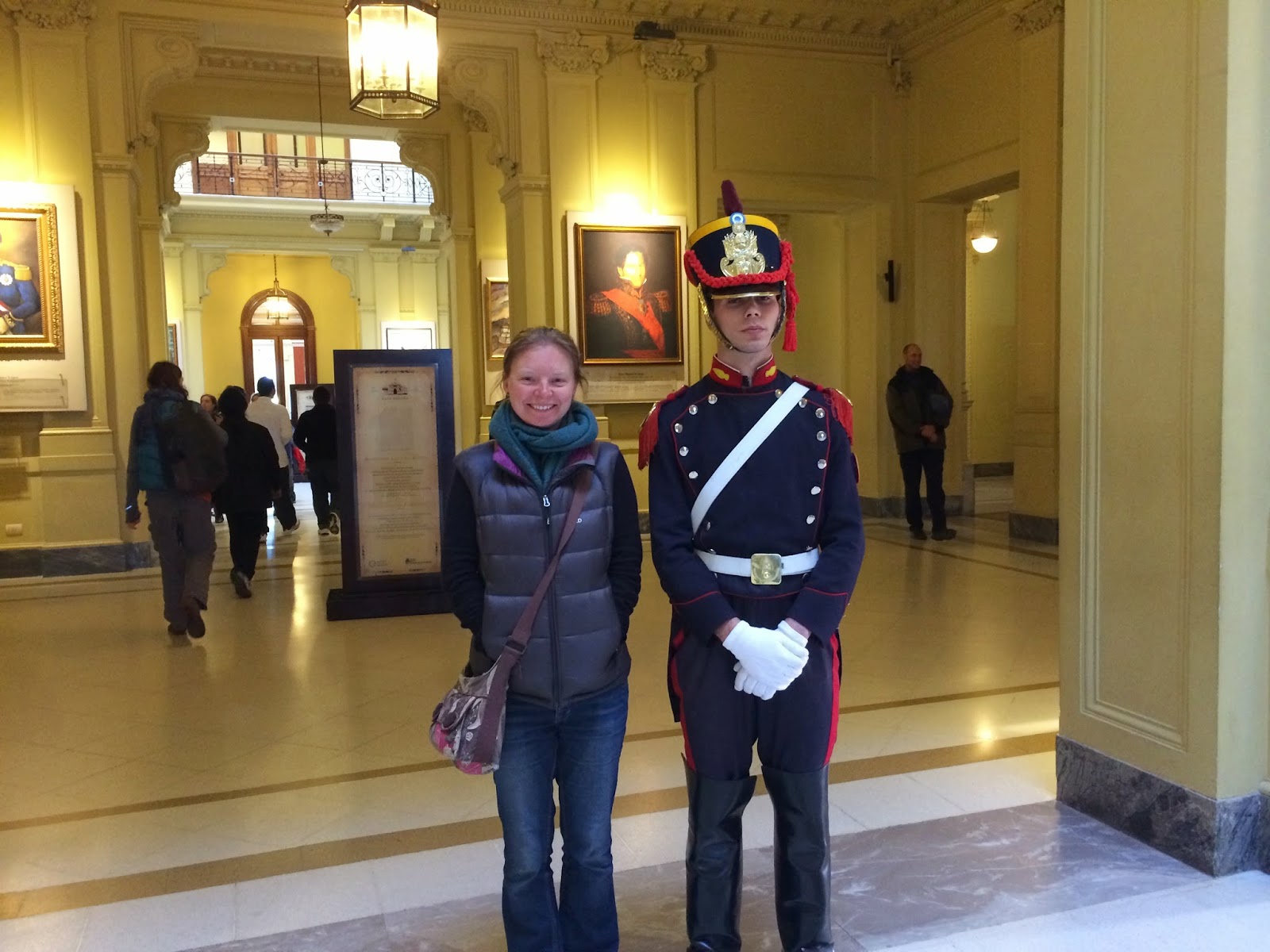 After getting the obligatory photo with the guard at the entrance, admiring the gallery of portraits of South American leaders and exploring the pretty courtyards downstairs, we were called for our tour of the rest of the building. 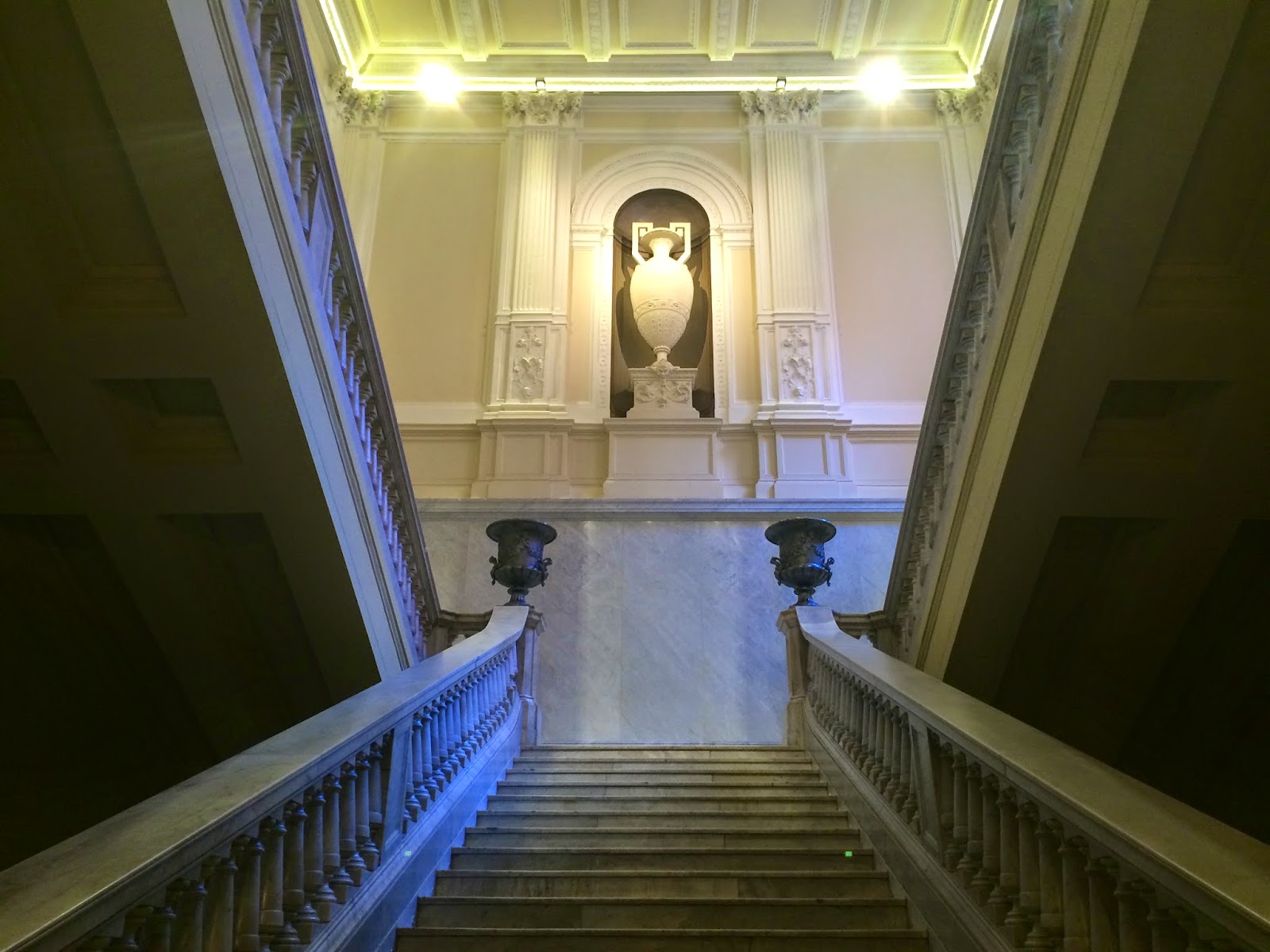 While the rooms we explored were grand and impressive, the tour itself felt rushed and was not particularly informative. However, it did give me the opportunity to stand on the famous balcony and pretend to be Eva Peron/Madonna for a short while (before we were pressed on to the next room).

Unless getting a fleeting chance to stand on the balcony is on your must-do list, we wouldn't particularly recommend the tour. On the other hand, it was free, so if you have time and your expectations aren't too high, you've not got much to lose.

La Recoleta
We took two free (very good) walking tours with BA Free Tour, while in the city and the second one ended outside La Recoleta cemetery, where Evita was (finally) laid to rest. 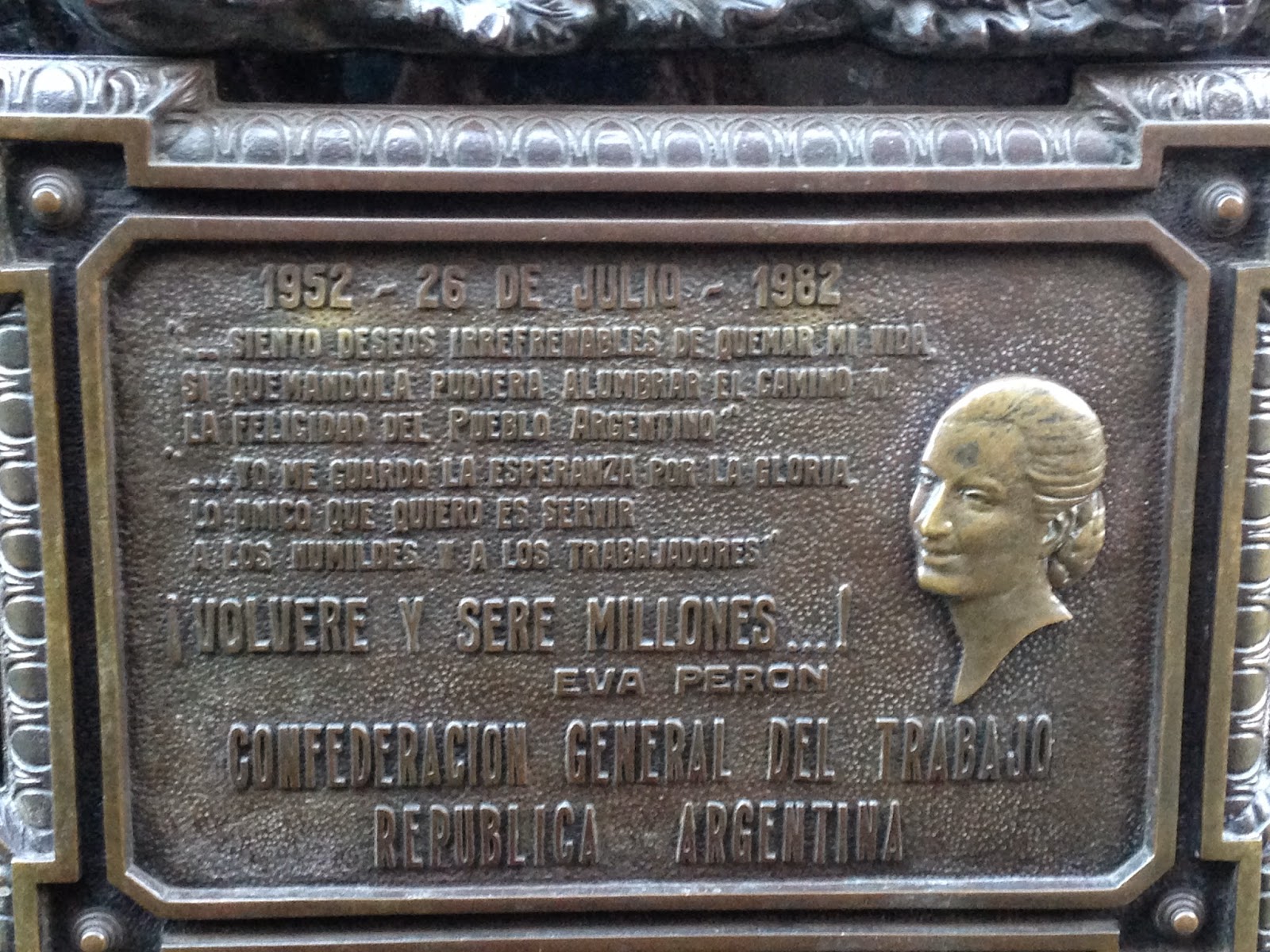 Our guide told us the long tale of how her body had finally ended up there, after having been kidnapped by Juan Peron's opponents, defaced and then hidden - buried in a cemetery in Milan under a different name for a number of years- before finally being returned to her home country. Crazy things have happened in this country! 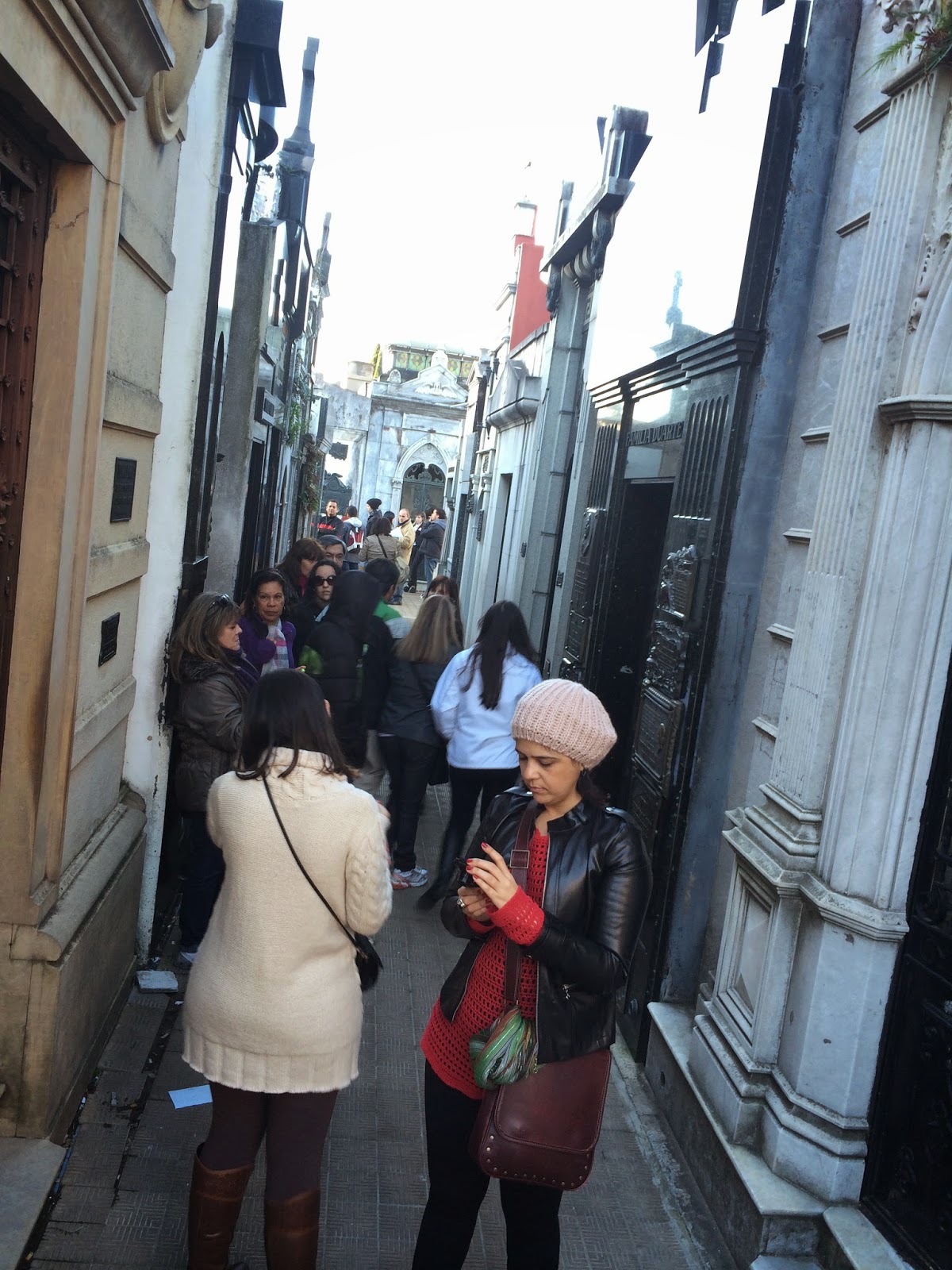 While that tour didn't include going into the cemetery, we visited the cemetery itself a few days later. 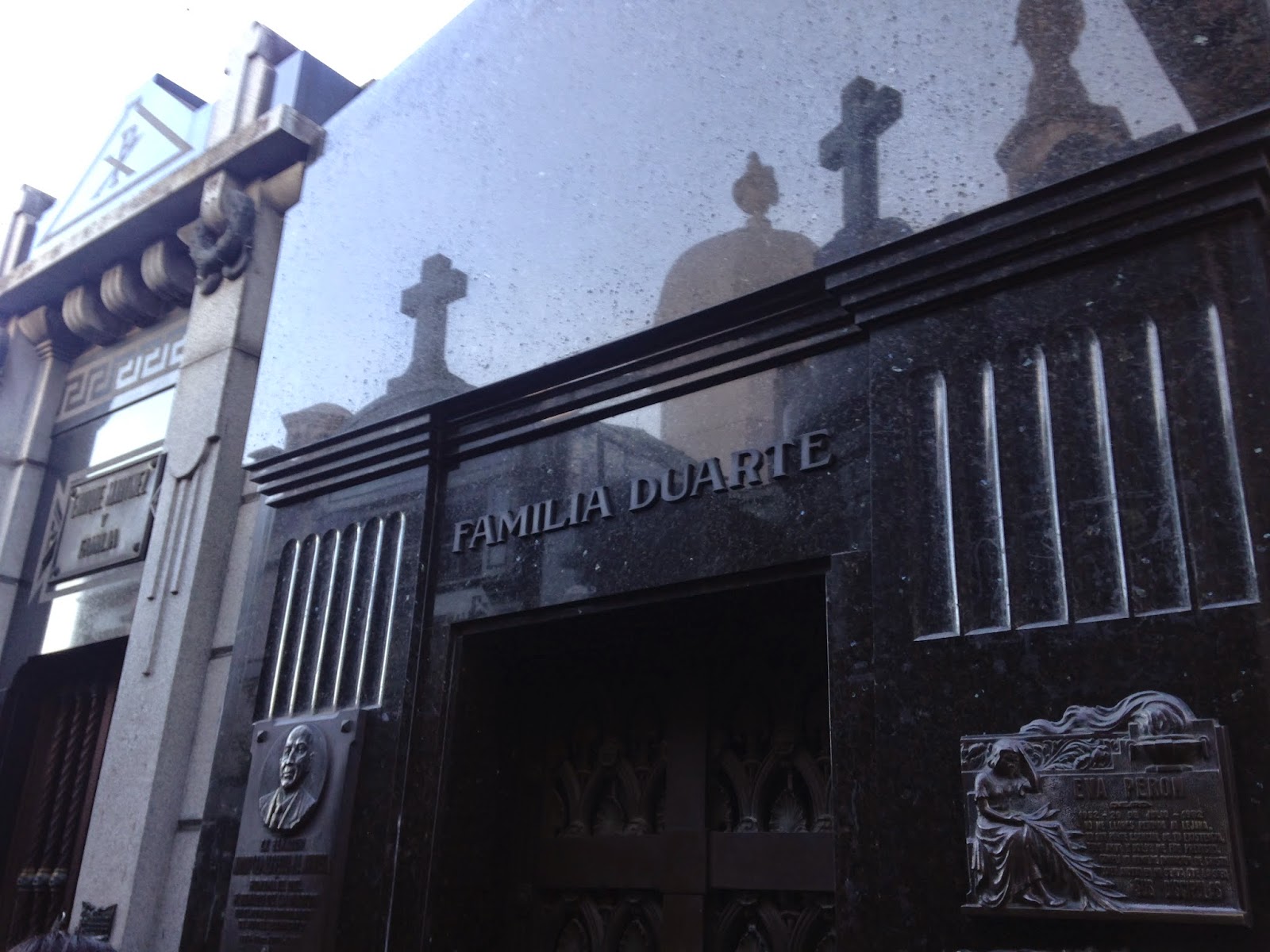 Compared to some of the other mausoleums, Eva's tomb may not seem particularly impressive, but was interesting to see. I particularly enjoyed watching other people trying to take an interesting picture of her tomb. 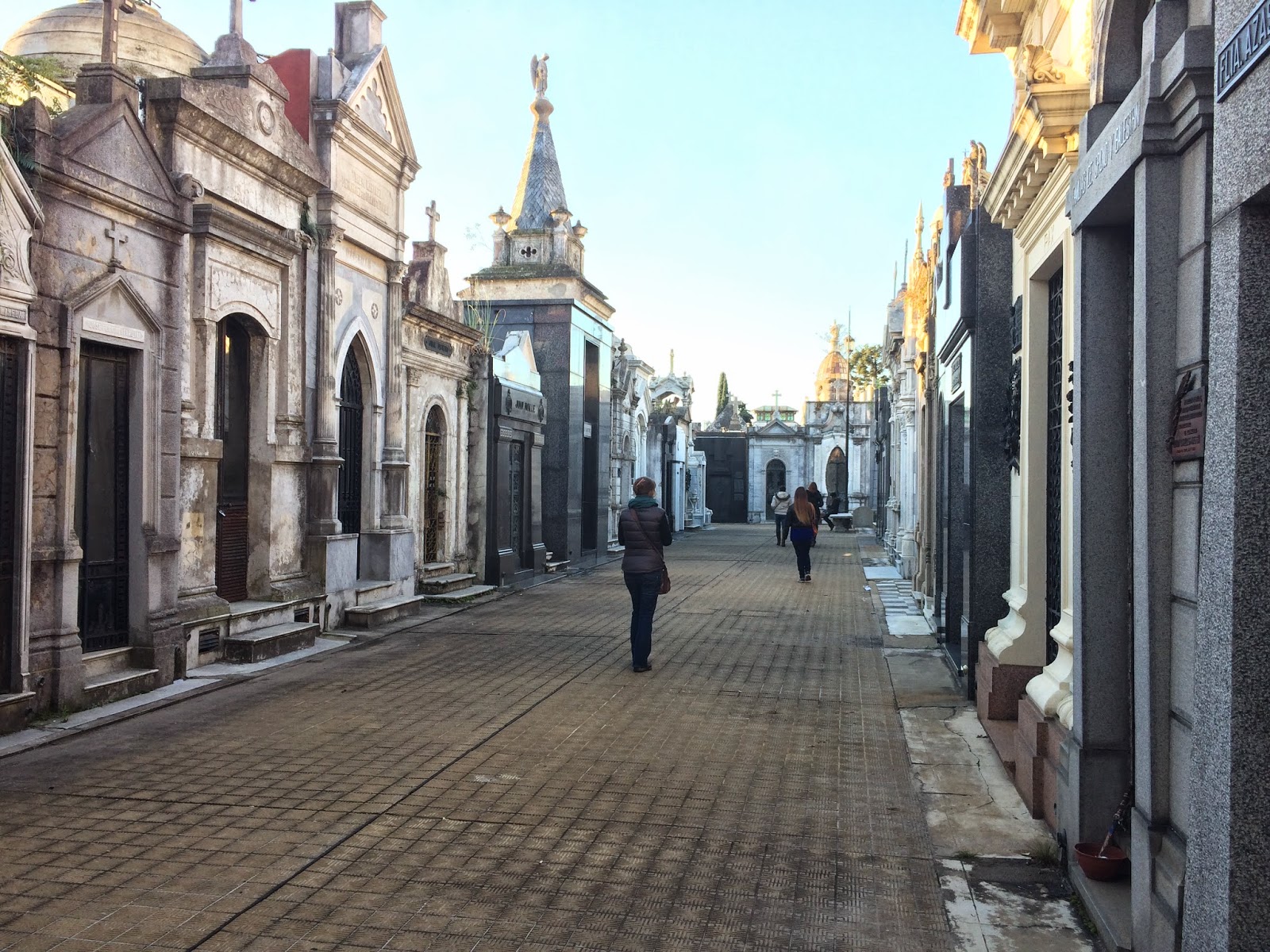 In addition, a stroll around what looks like streets and streets of mini houses inside the cemetery was definitely worth the visit. The amount of money that must have been spent to build magnificent statues, tombs and mausoleums is quite astounding. 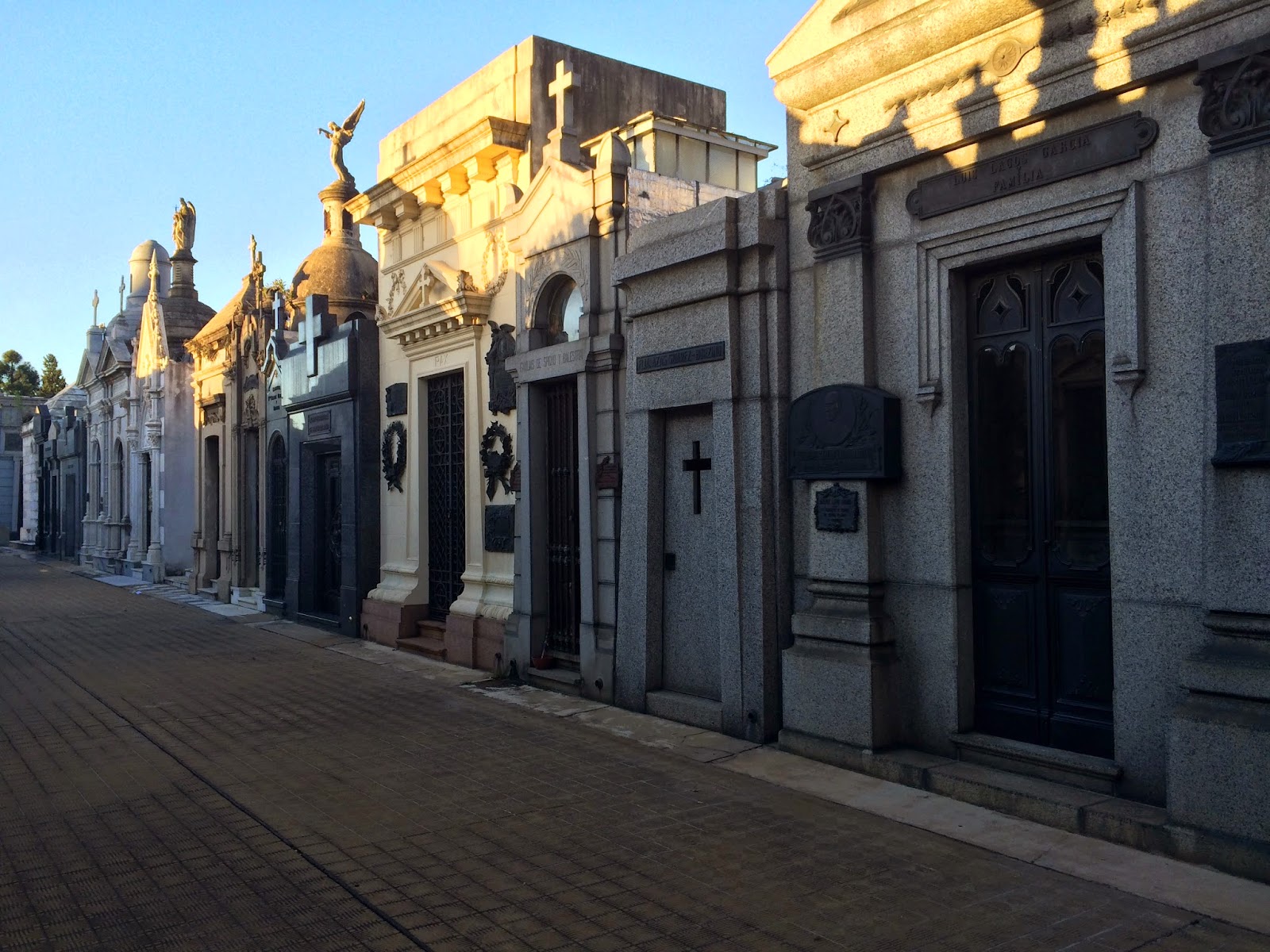 It is possible to take guided tours around the cemetery, which also give you the opportunity to find out more about its inhabitants, which include many former presidents, other politicians and the rich and famous of BA - many of whom have a story to tell!

Museo Evita
A visit later in the week to the Evita Museum rounded off our Evita pilgrimage in Buenos Aires. The museum is housed in what was once a women's refuge set up by Eva  Peron in 1948.

Today the collection at the museum includes a selection of Eva's wardrobe, newspaper cuttings about her life as well as exerts from her autobiography.

There are also very interesting and informative videos about how she met Peron, how he came to be under suspicion and the under arrest by the Government and how his popularity grew, with her help.

There is also an interesting section on all of the different types of charity work that she undertook. The texts in the museum are in Spanish and English and the films are subtitled.

The house itself is also quite pretty. 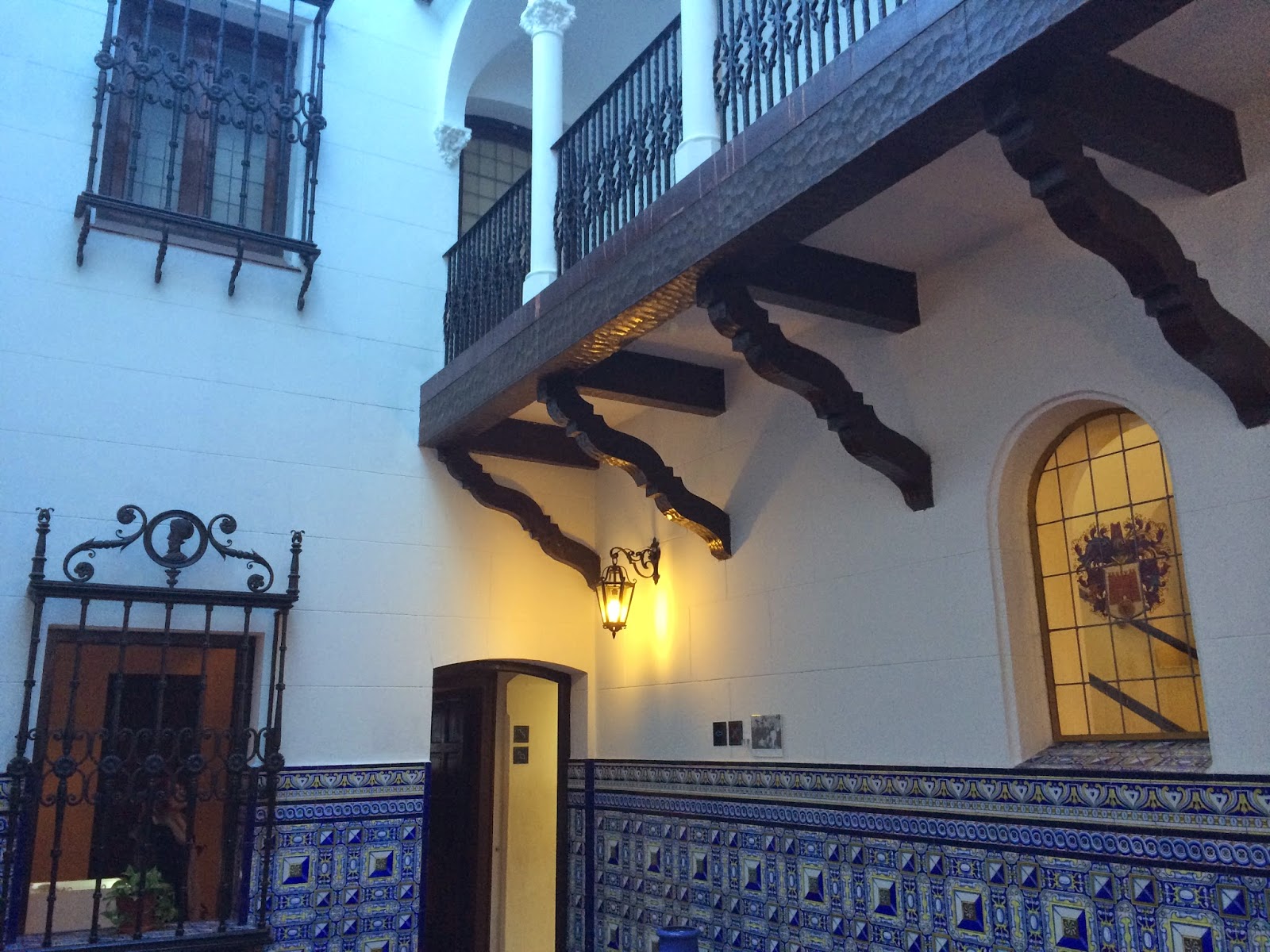 These three visits in Buenos Aires helped us to better understand Evita's story. The museum in particular gave an interesting insight into her very short life. Given her very humble beginnings, it is quite astonishing what she went on to achieve.