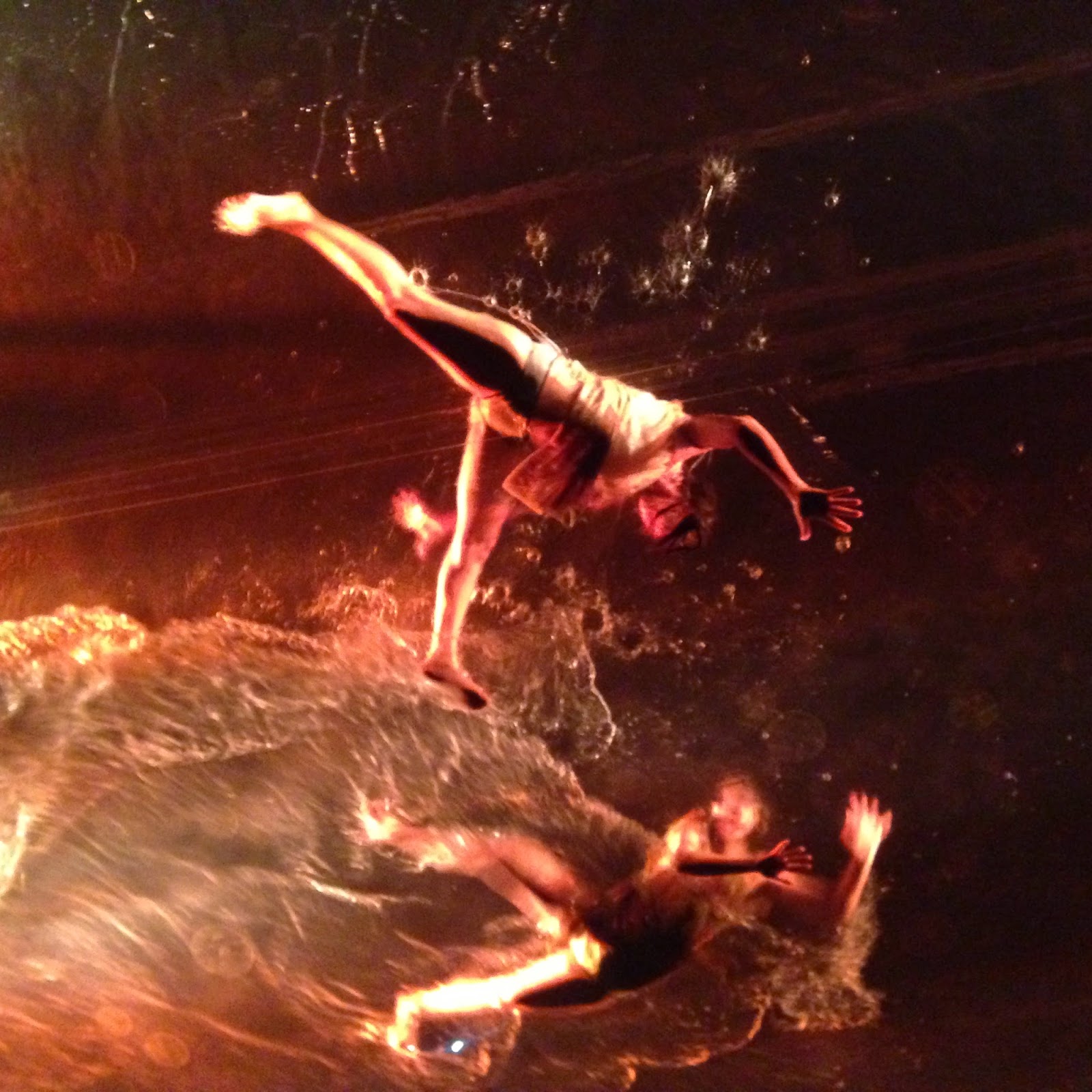 On our first night in Buenos Aires, we headed to see the Fuerza Bruta show. I’d first heard of this from some fellow travellers in Sucre, who had managed to describe it as a bit like
Cirque de Soleil, but crazier. They said they’d seen it on tour in London, but that its home was Buenos Aires and urged us to go, while we were there. We heard about it again as we got closer to BA, but other than a crazy Cirque de Soleil, nobody could really describe what it was and so I had no real idea what to expect.

We arrived at the Centro Cultural Recoleta and found ourselves in a room with a car on the ceiling. We bought some drinks and when we realized we didn’t have seat numbers, headed closer to the entrance to the hall to get good seats when the door opened. 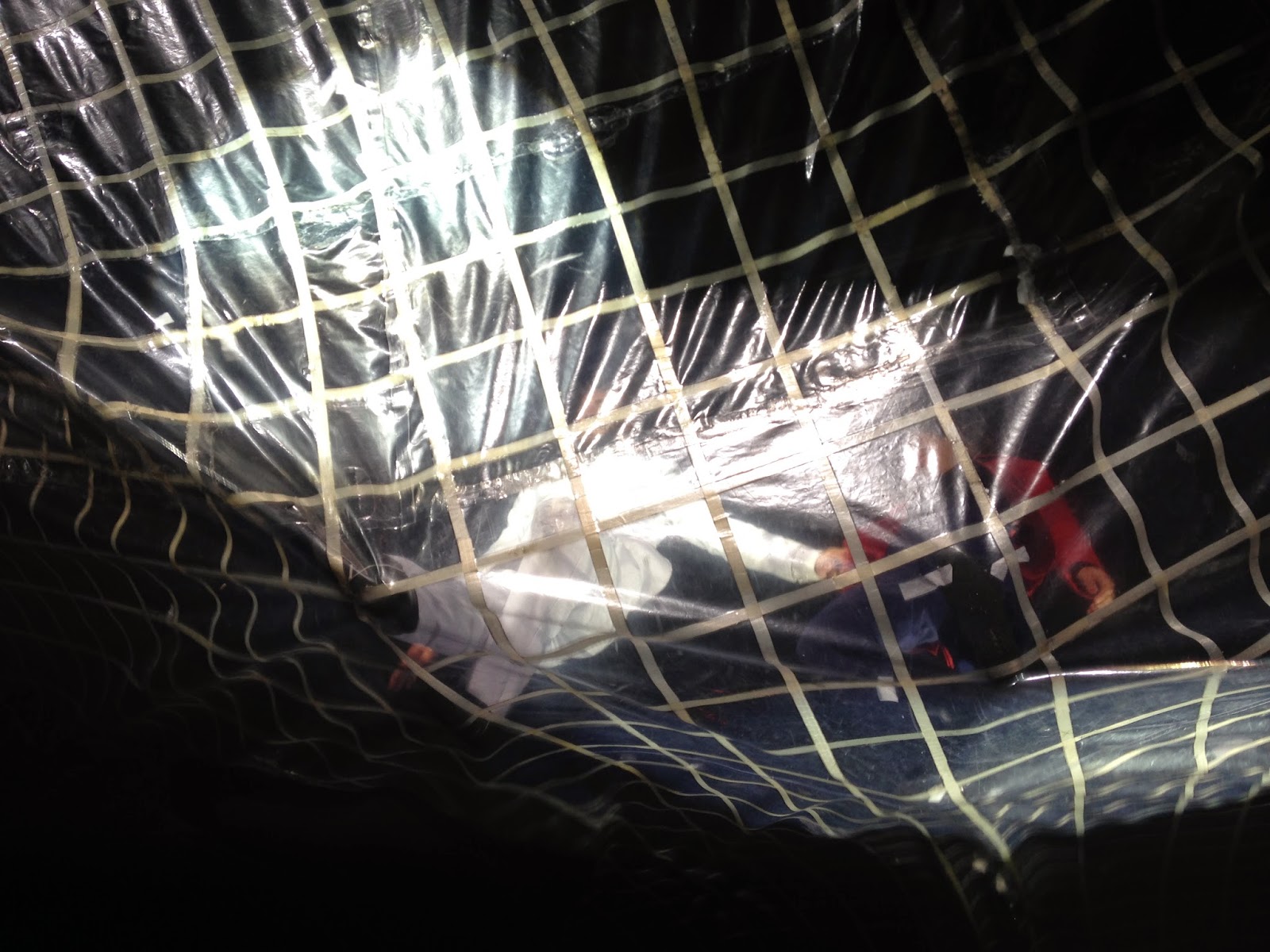 We needn’t have worried. There are no seats! And although there is a stage at the front, the action happens all around you, above you and in the middle of the room, so I am sure you get a pretty good view, wherever you are.

A highlight of the show for me was a swimming pool, suspended above us, which moved down towards us, while a group of performers dived into the water and swam and slided around above us. At other points, people flew around above us, a man was shot (several times), but kept moving and perfomers threw polystyrene at the audience!

The whole thing was a real treat for the senses. I am not sure I can describe it any better than Cirque de Soleil but a little crazy. It really is something that has to be experienced to be understood. 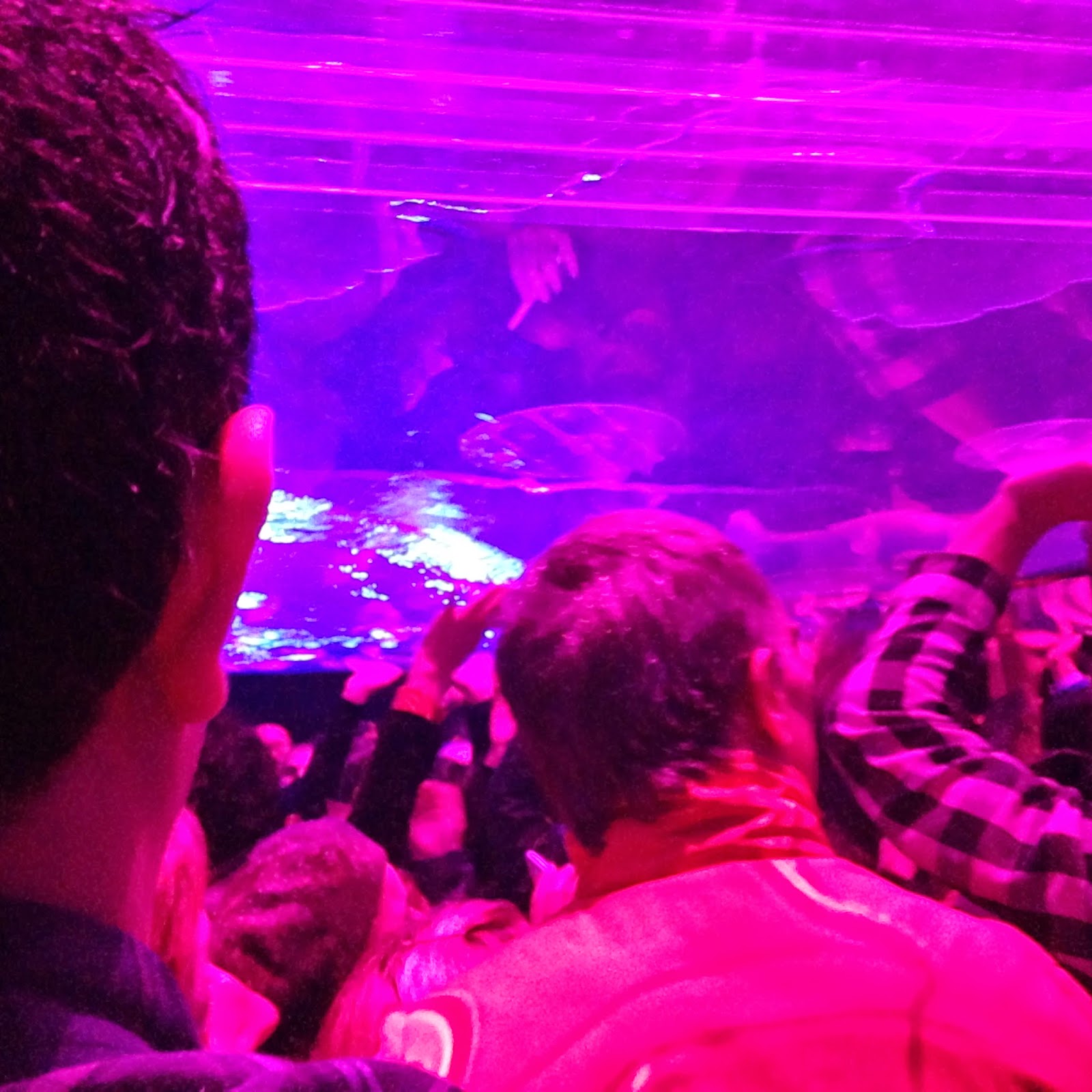 Some practicalities:
The show is on at 9pm every evening in the Centro Cultural Recoleta, Junin 1930 - close to the cemetery. There are places to eat nearby, if you want to grab something beforehand.

We paid AR$150 (approx $15USD) on a Thursday night. It is cheaper on Thursdays and Sundays.