San Gil in the Santander region is about 6 or 7 hours north of Bogotá. It's Colombia's centre for outdoor sports, from caving to bungee jumping, down hill mountain biking to white water rafting.

We opted for a day on the river, as I had never been white water rafting before. Despite my lack of experience, I was persuaded
that the class 5 rapids on the Rio Suarez were doable (and more fun that the tamer option on offer).

We met our guide at our hostel, met the other couple that were coming with us in the main square and headed off in the truck to the starting point.

After a briefing session (where I really wasn't sure whether I'd remember what all the instructions meant when it mattered), we headed onto the the river.

The first couple of rapids were quite straightforward and I started to get the hang of the whole thing. 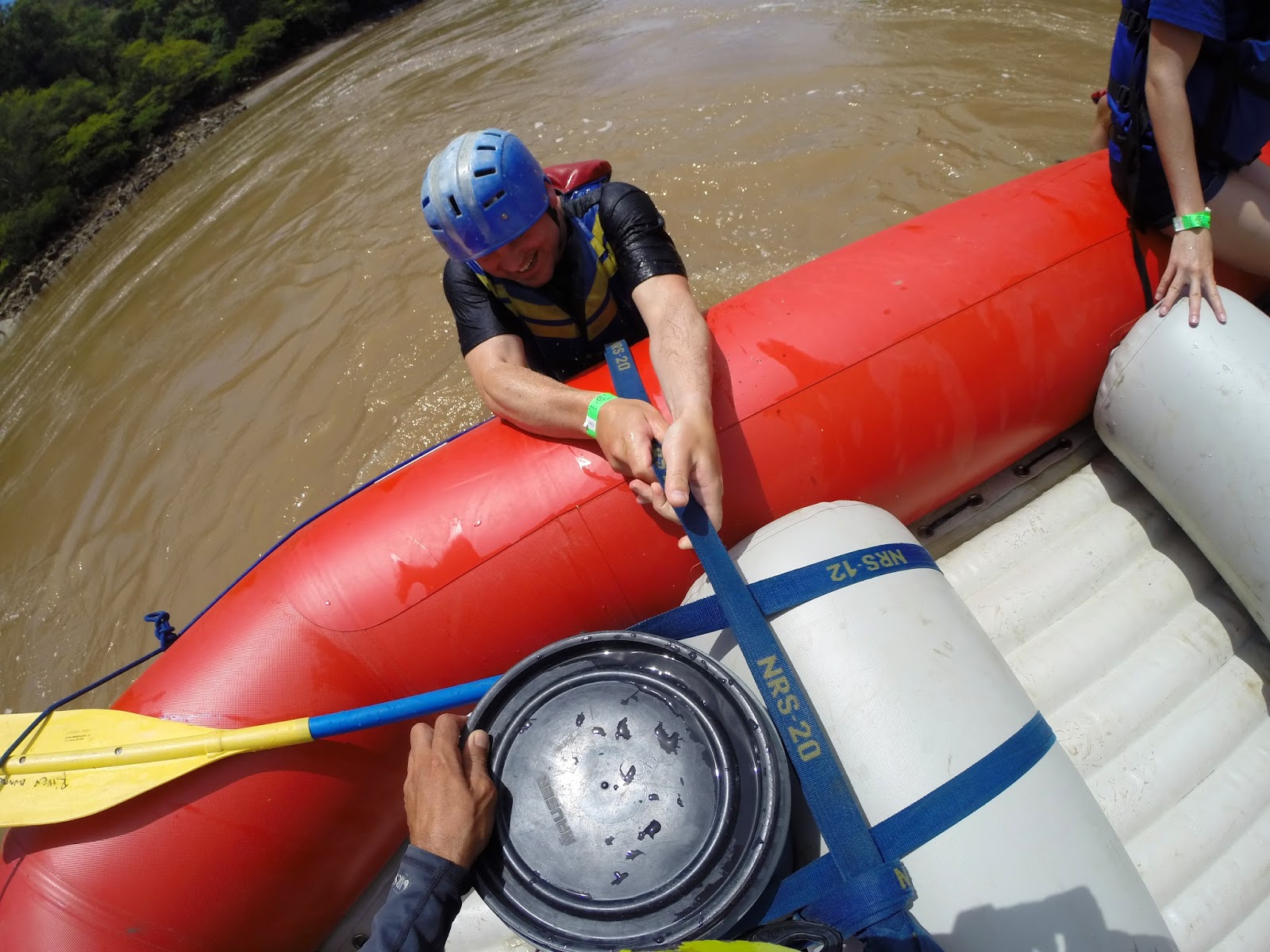 Part way down the river, our guide invited us to climb out of the boat and up the rocks on the river bank, which was a perfect spot for jumping in.


It was quite an adrenaline rush, but not nearly as exciting as one of the next rapids, where we got trapped on a rock. The urgency in our guide's voice as he tried to instruct us on how to get out of the mess, we'd got into suggested there was a real danger that we were about to tip up. 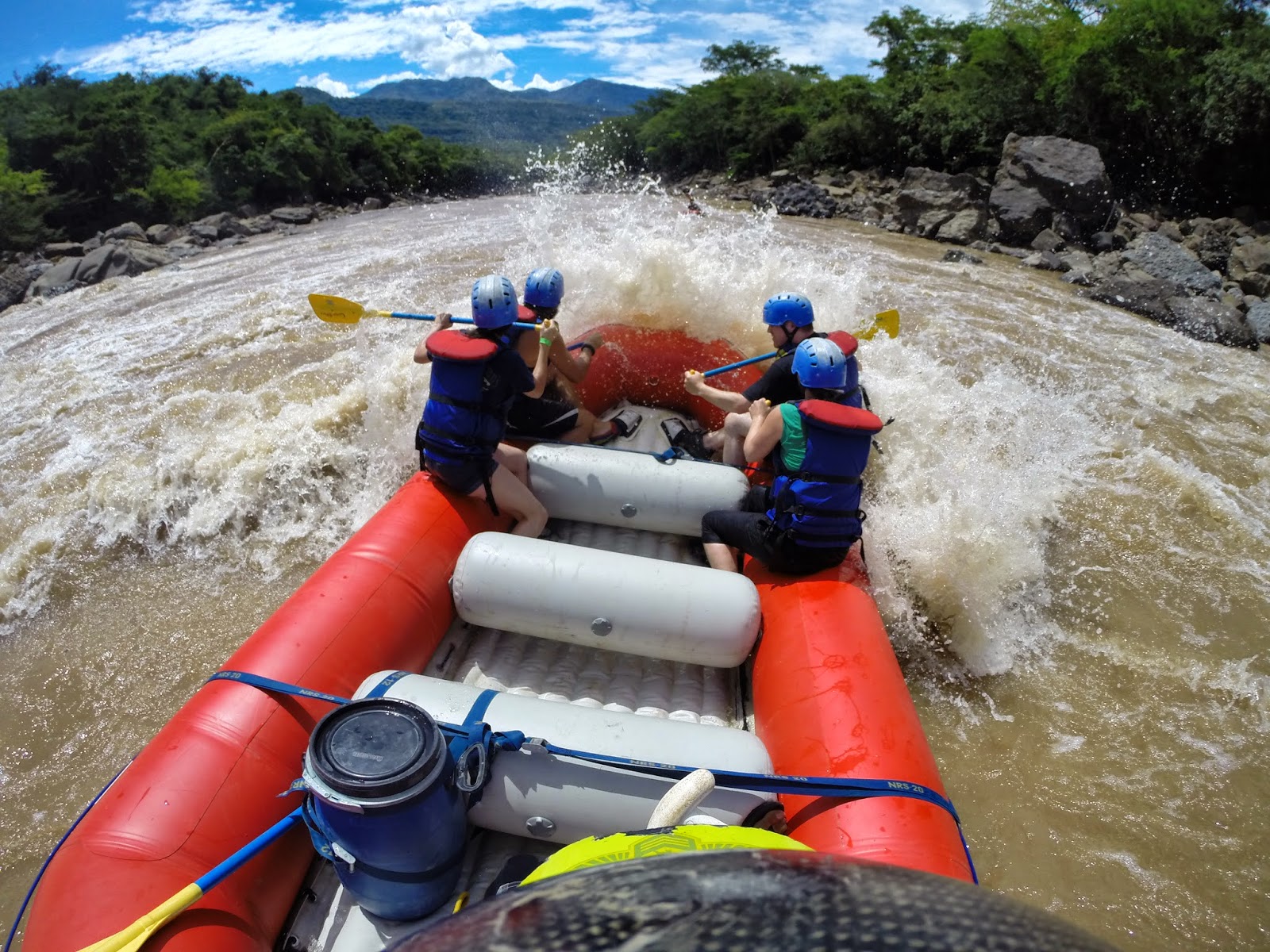 Somehow, after what seemed like a few minutes, but was probably just seconds, we managed to extricate ourselves from the rock and continue on down. It was a very near miss, which our guide confirmed to us later. We had a lucky escape.

There were several other rapids after our 'near death experience', which we also managed to survive. 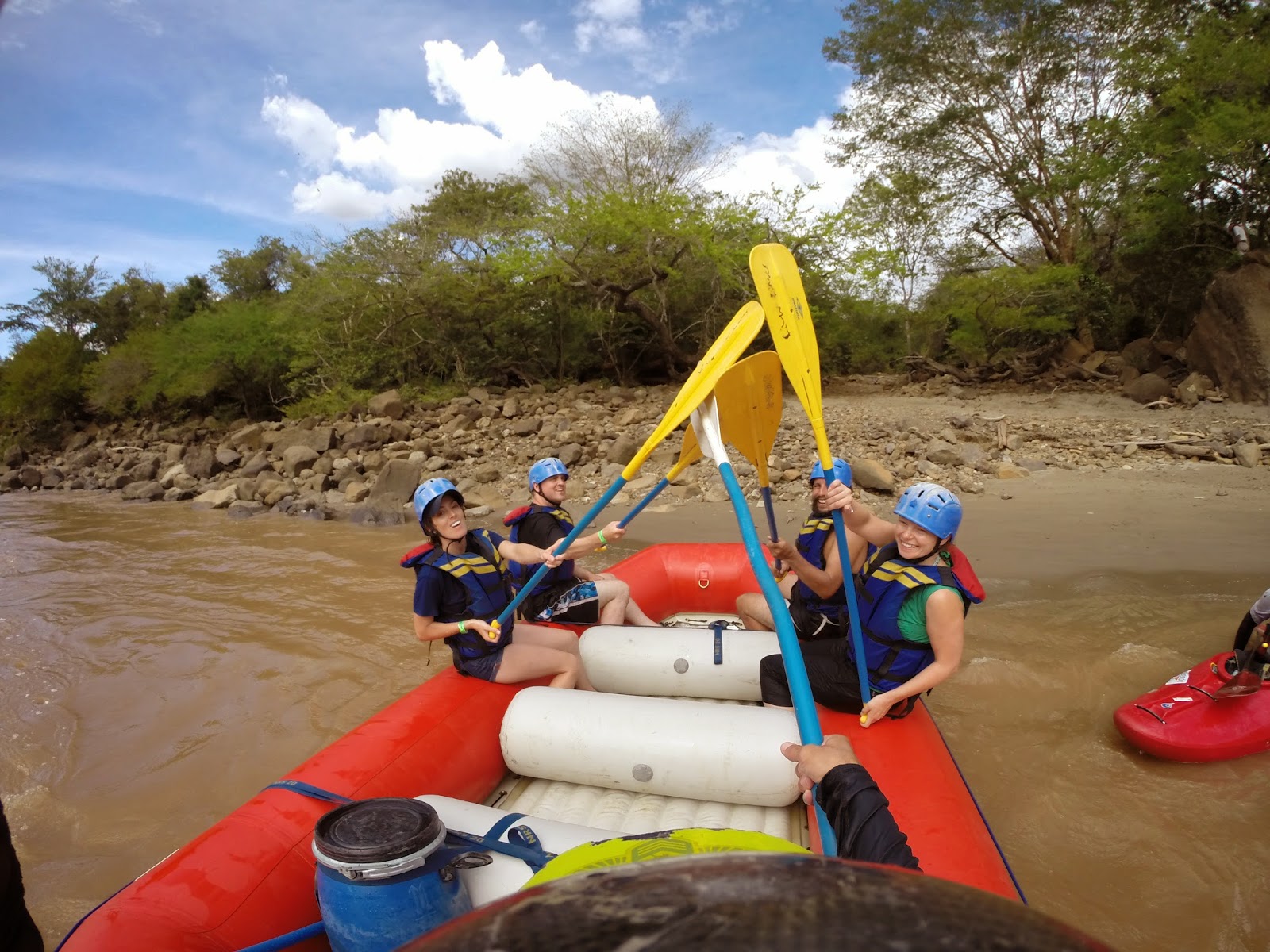 It was an absolutely awesome day, we were very well looked after and I was pleased that we'd gone for the slightly scarier of the two options!

We booked our outing on the best river in Colombia for rafting, through El Dorado hostel, where we were staying and paid around £30 ($50).
Posted by Sarah at 18:10