From Barichara to Guane 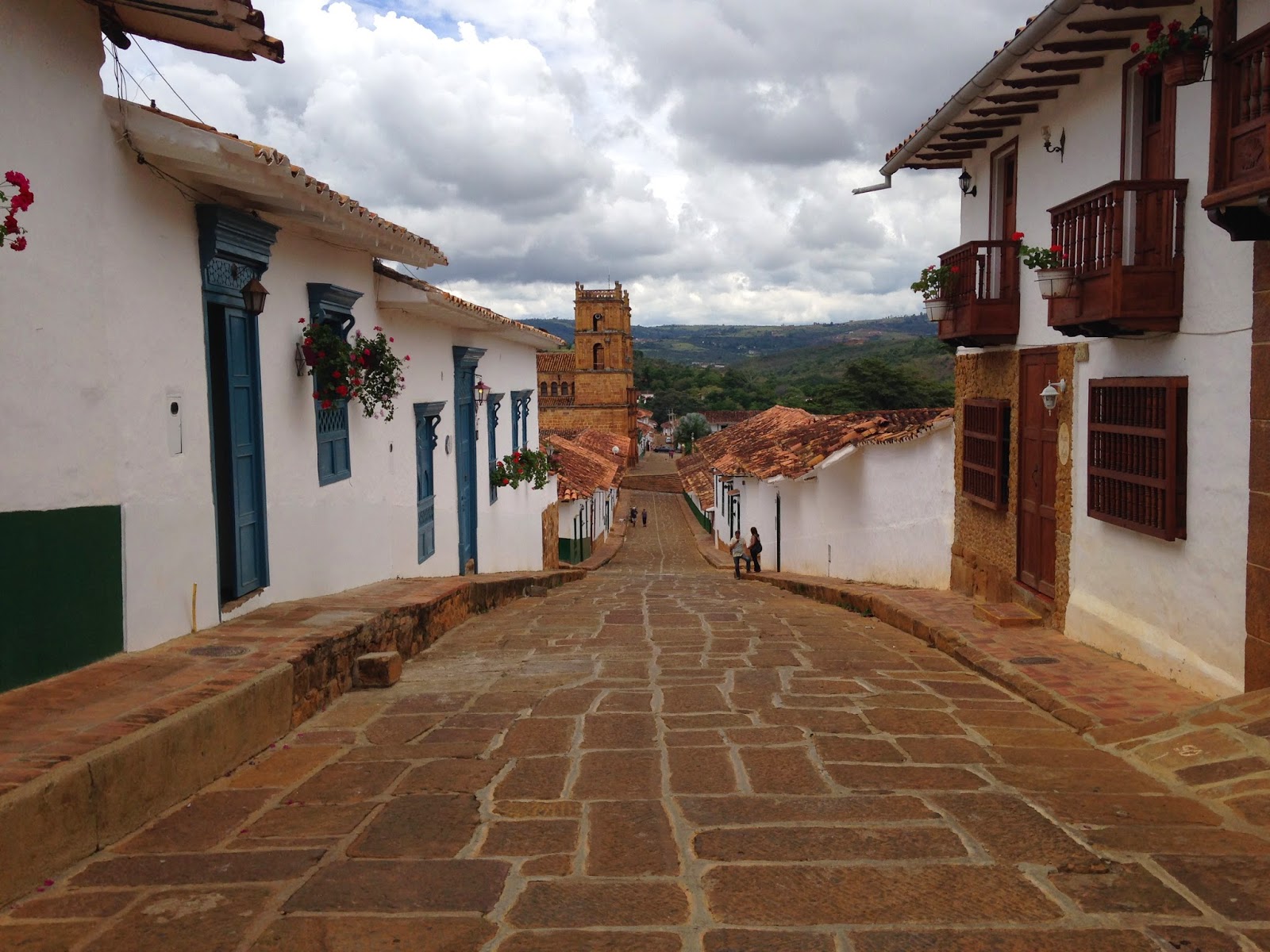 The pretty town of Barichara is just a 40 minute bus ride outside of San Gil. We jumped on a bus from the local bus station on the
corner of Carrera 11 and Calle 15 near the market in San Gil - they run every 30 minutes or so. 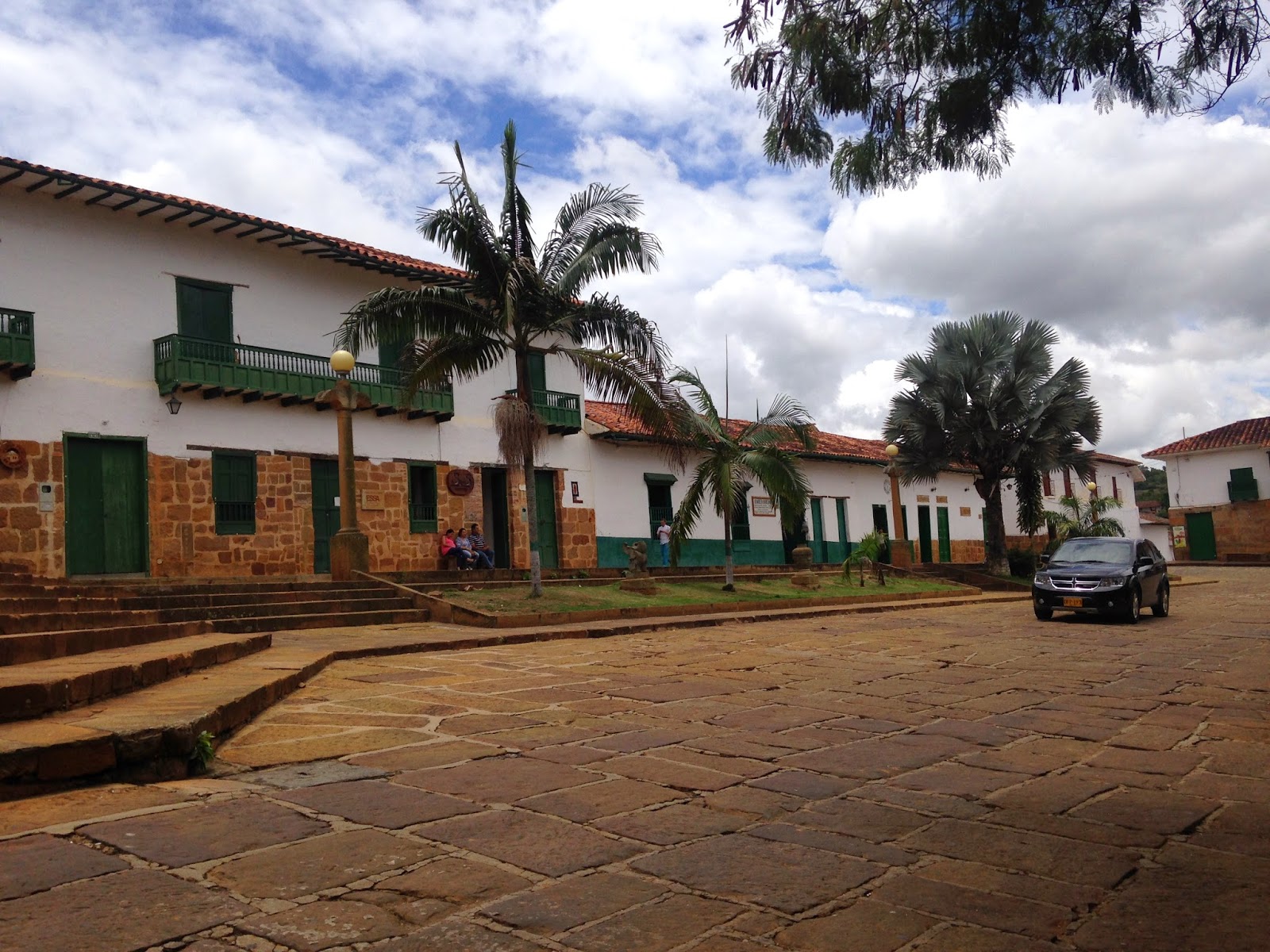 In Barichara, the bus goes right into the main plaza - it'll be pretty obvious once you're there. 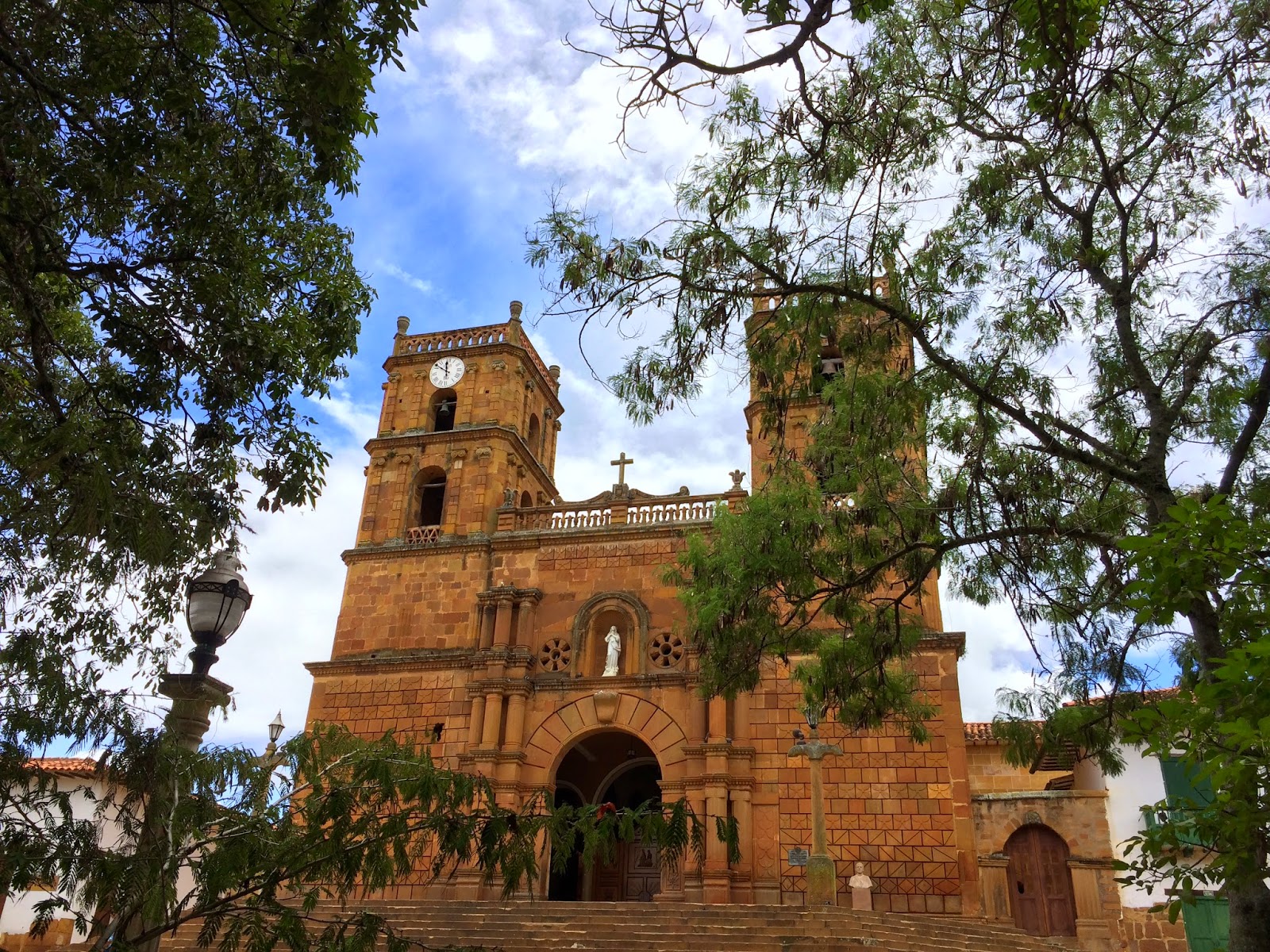 The plaza is flanked by an impressive red-brown stone church. The whole town is filled with eye-pleasing whitewashed buildings with their colourful balconies and window frames. 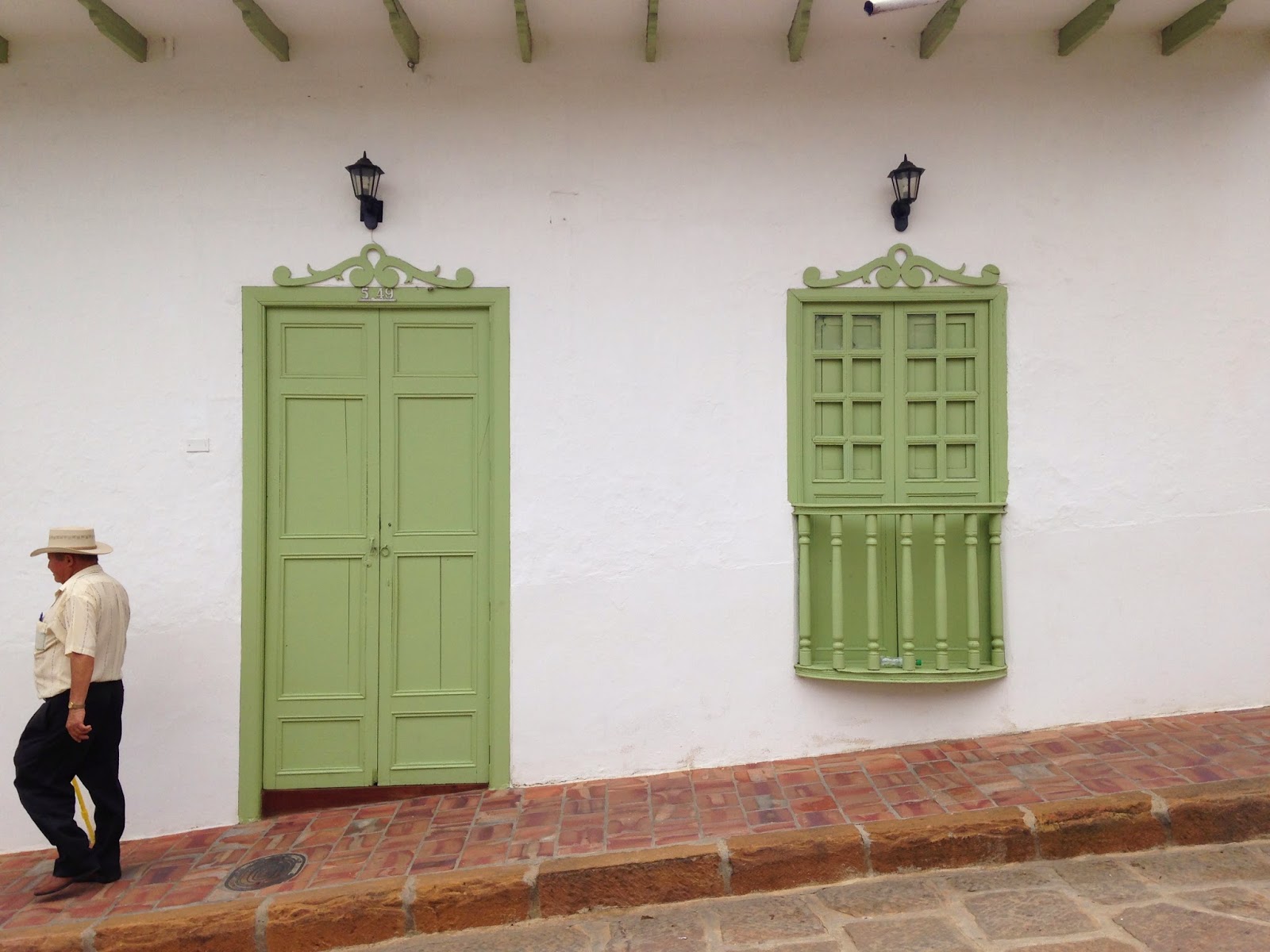 This small colonial town was declared a national monument in 1978, which has helped ensure its upkeep. 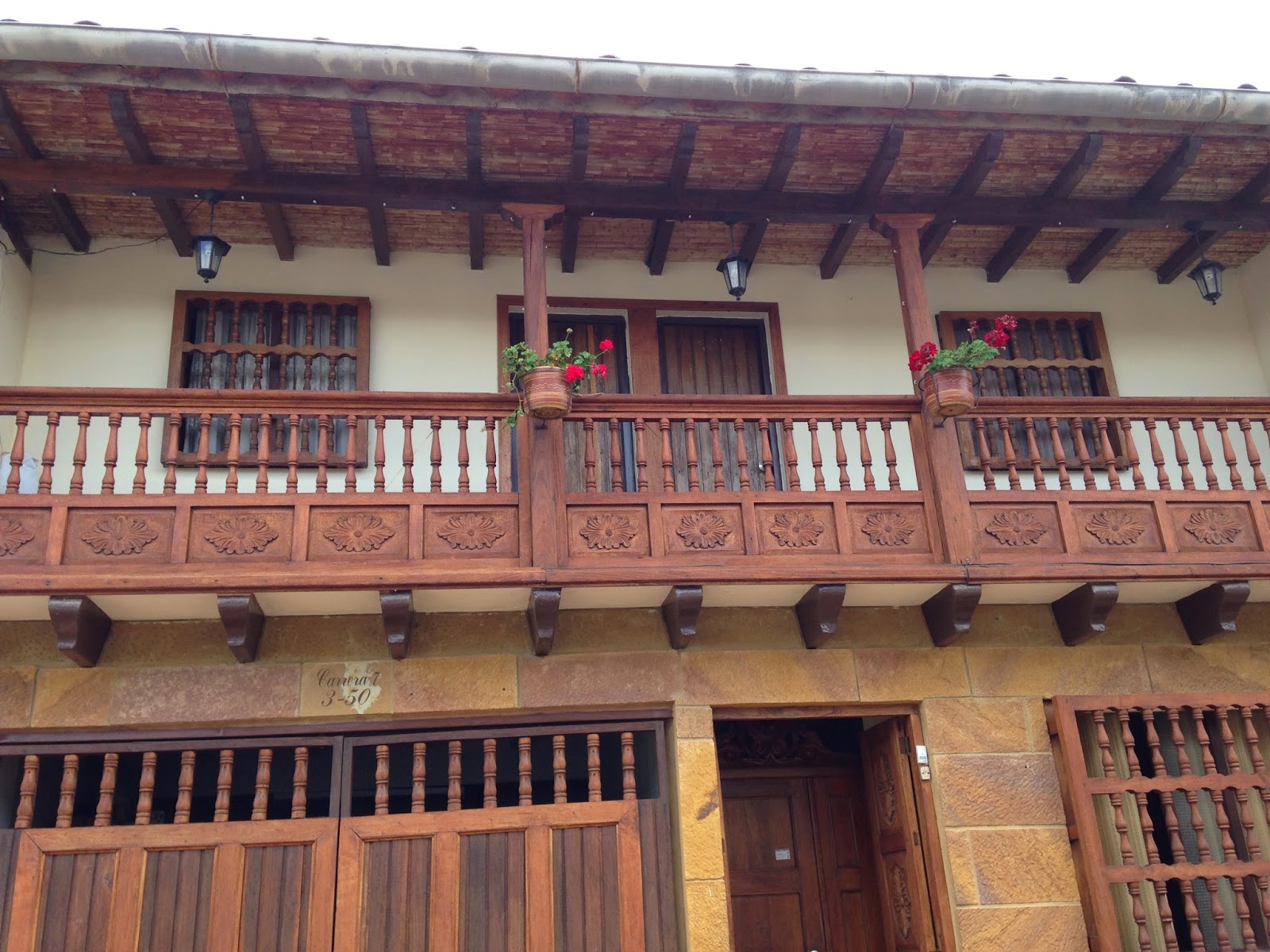 From the main square, we explored most of the town, before heading up the hill, passing the church on our right. 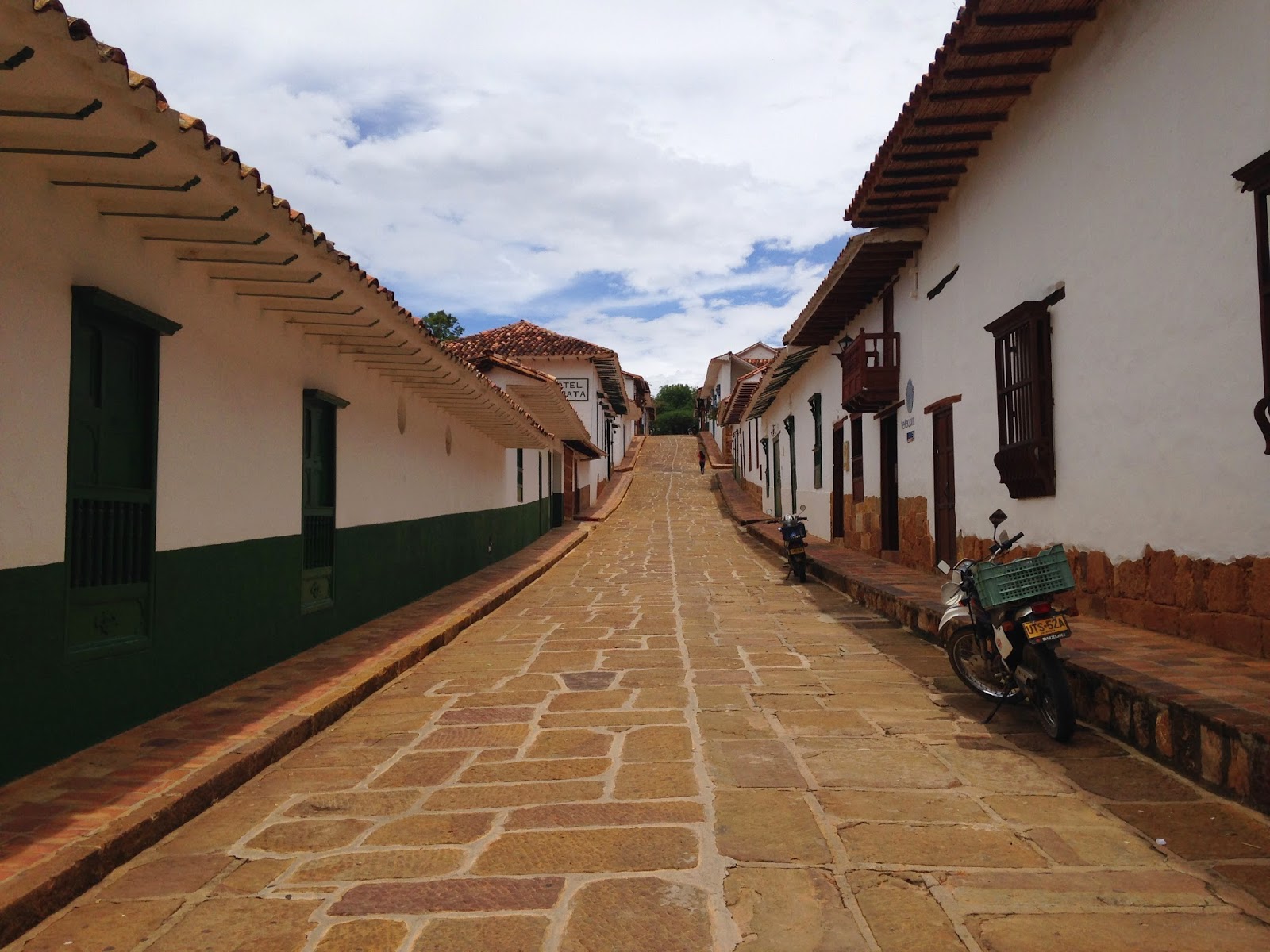 At the top of the hill, we were confronted with breathtaking views of the valleys below. 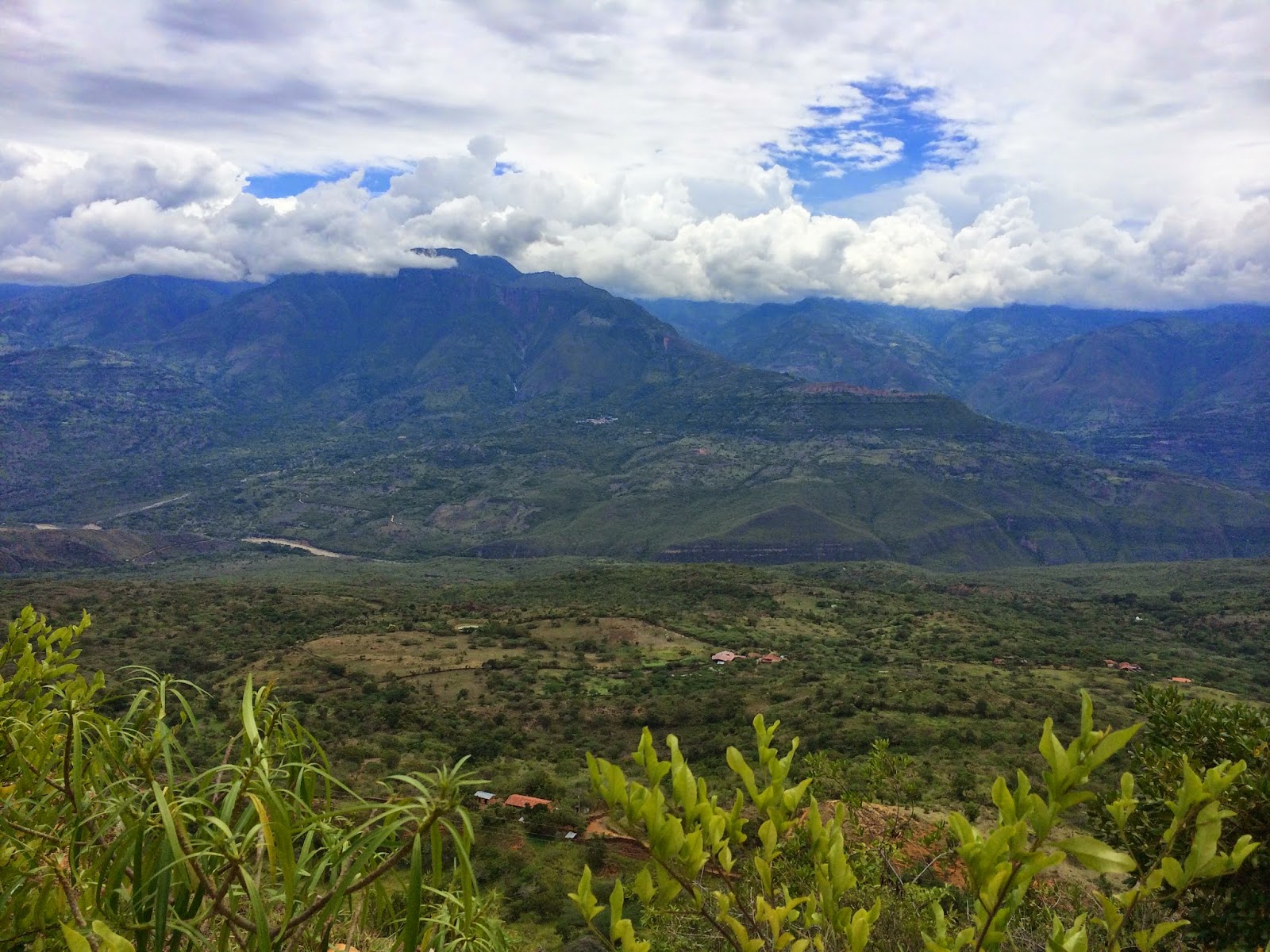 We strolled along the road at the edge of the town, admiring those views, until we found the 'Camino Real' or 'Royal Way' - a cobbled pathway to the even smaller and quaint town of Guane. 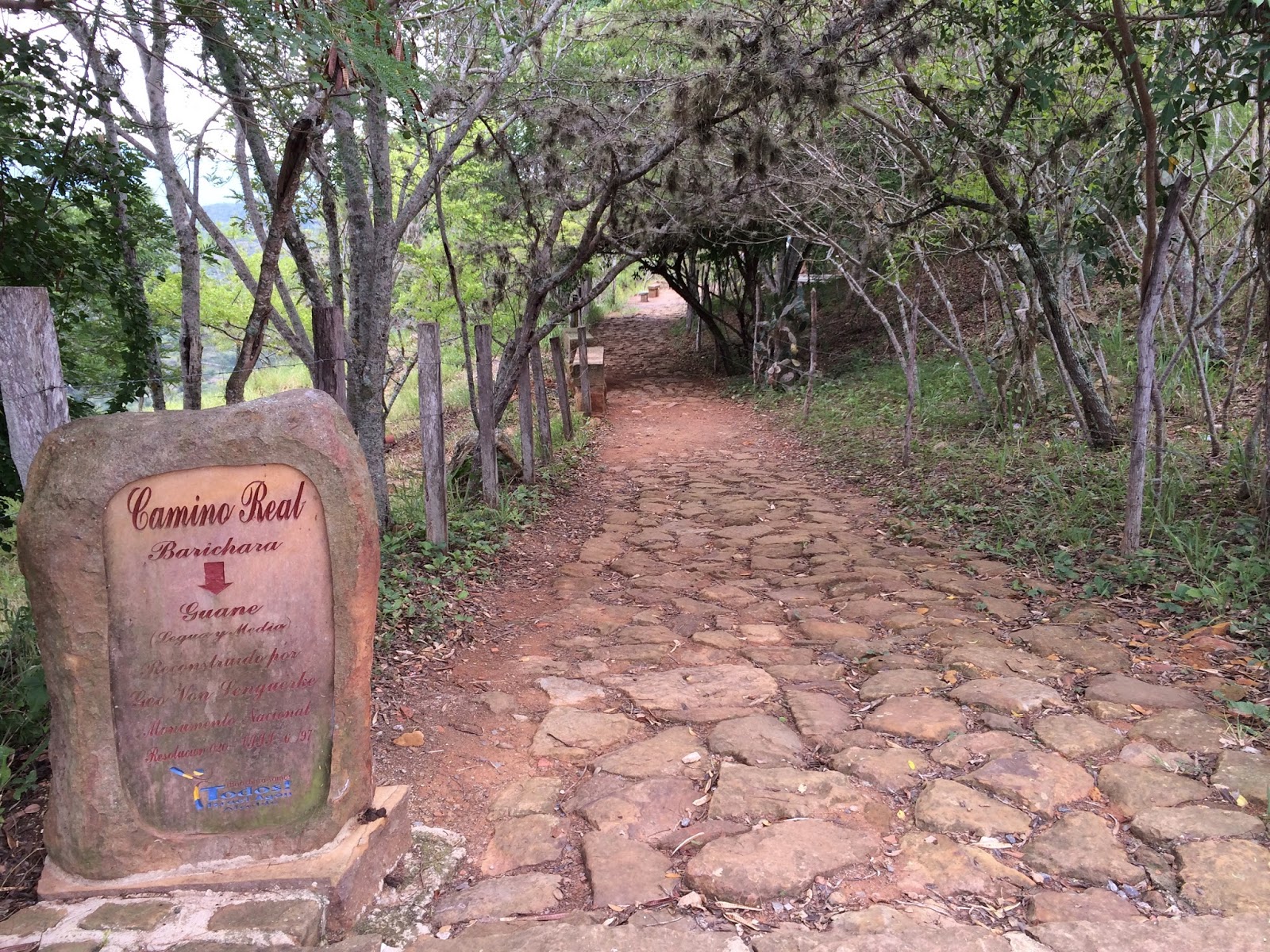 The path between the two towns is around 6 miles and mostly downhill. It was very peaceful and we pretty much had the whole pathway to ourselves. 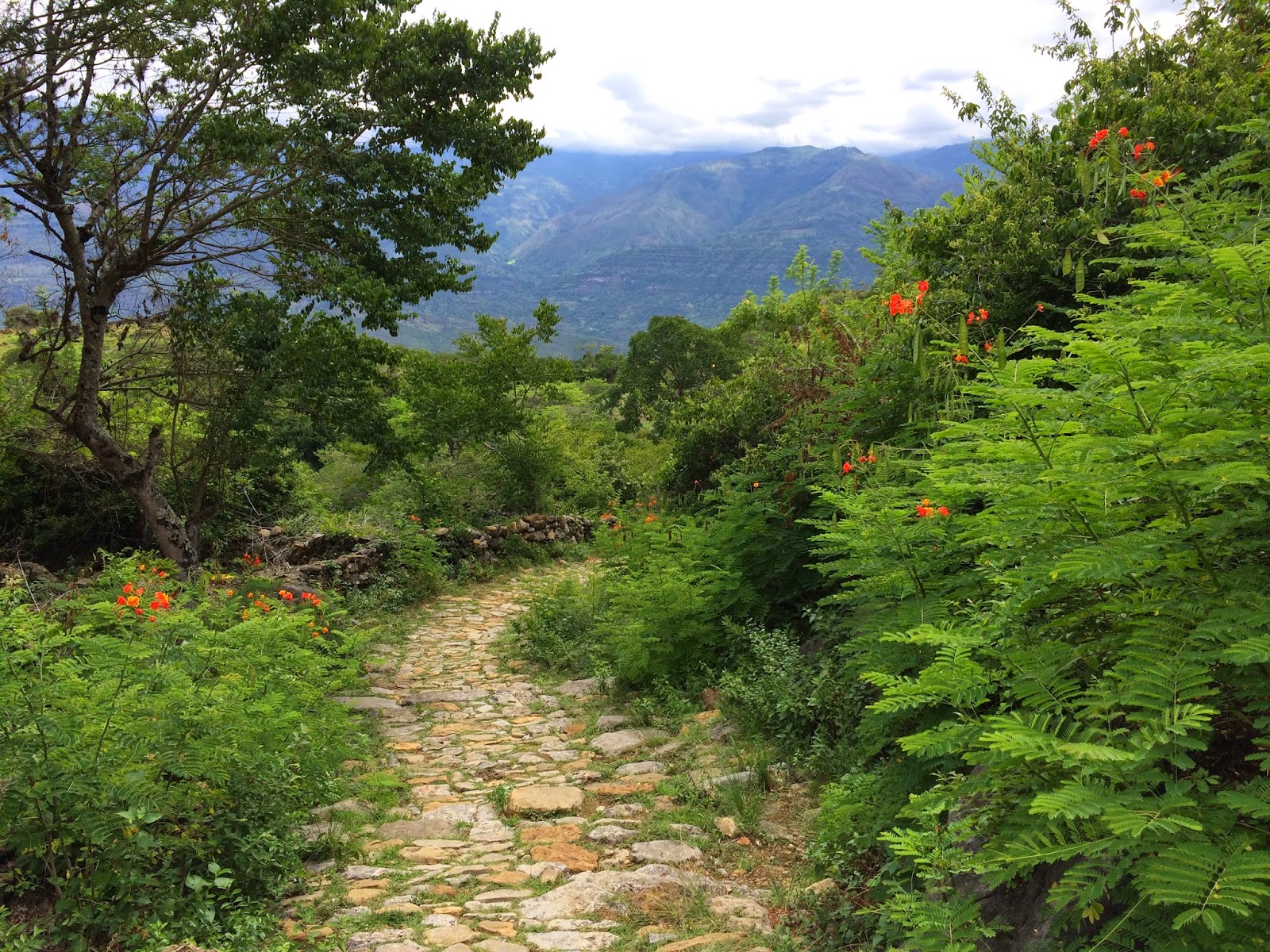 After a few hours of a very beautiful walk, we reached Guane - a very small, but very well kept little town. 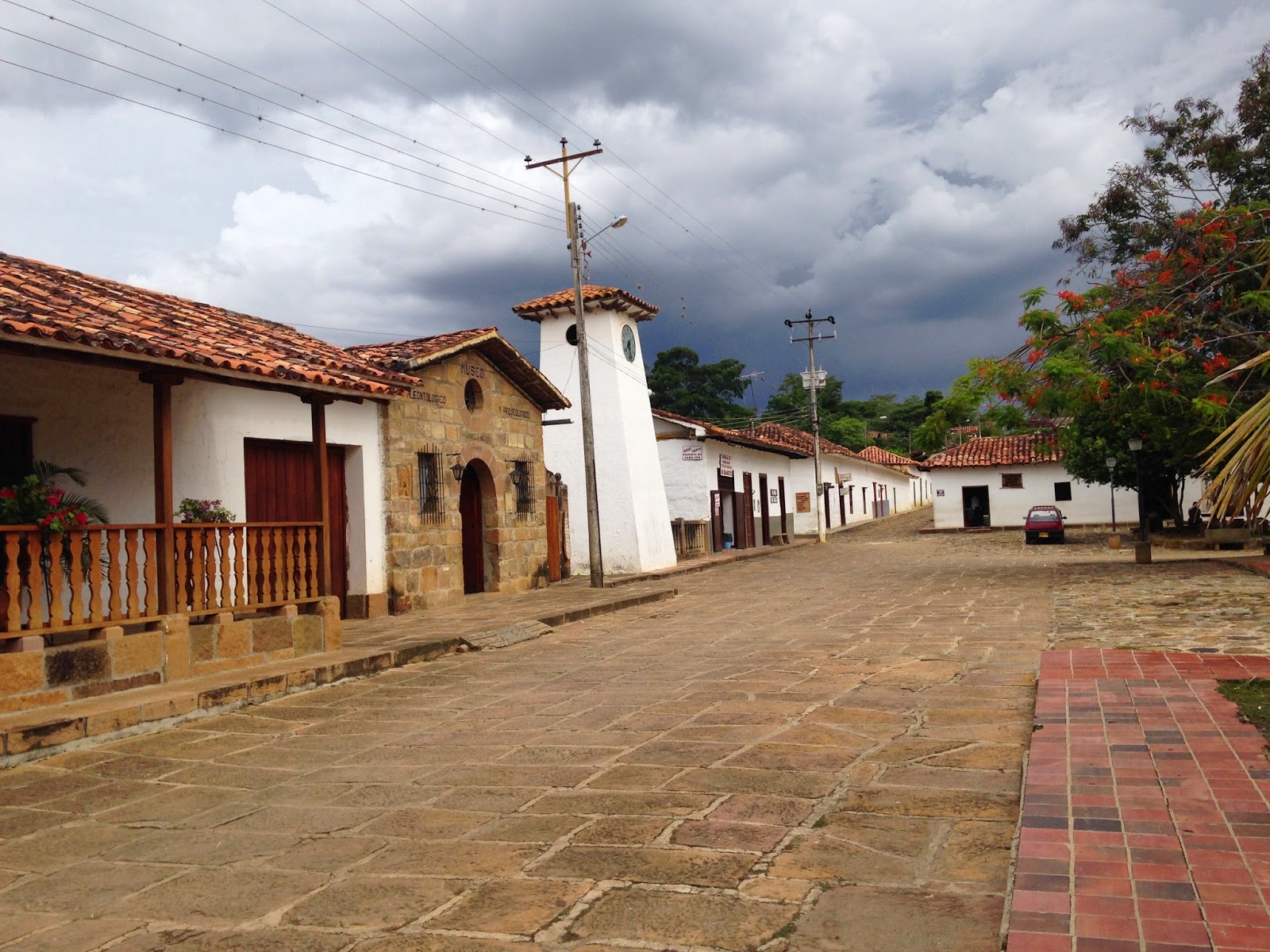 When we arrived, we had a look in the craft shops - and I bought another bag - wandered around the main square and into the church. 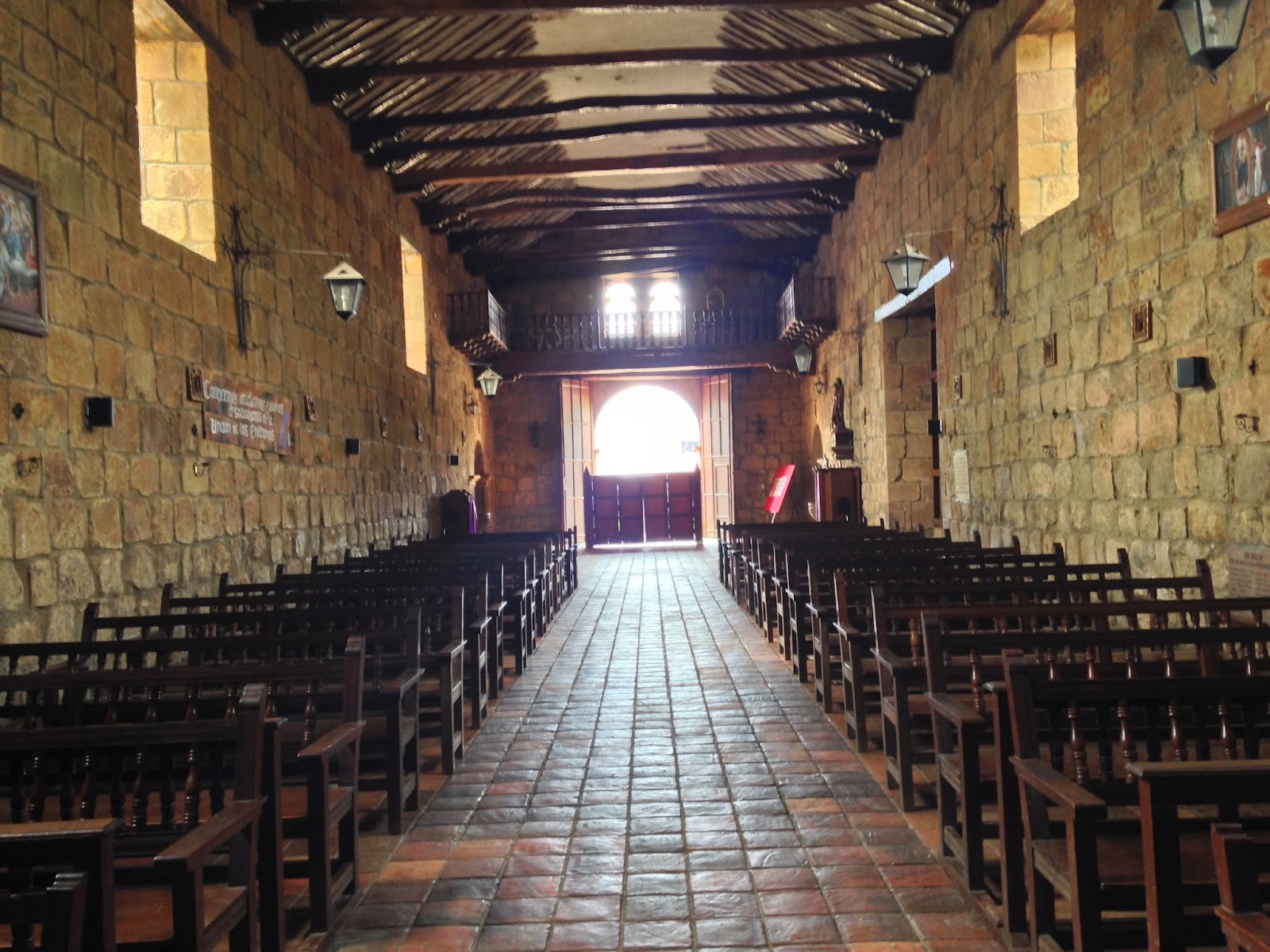 We then needed a bit of a rest from our walk so found our way into one of the local cafes. James made the right selection of a fresh juice, while I thought I'd be adventurous and sampled some chicha (corn beer, made from fermented maize). Safe to say, it is not one of my new favourite drinks. 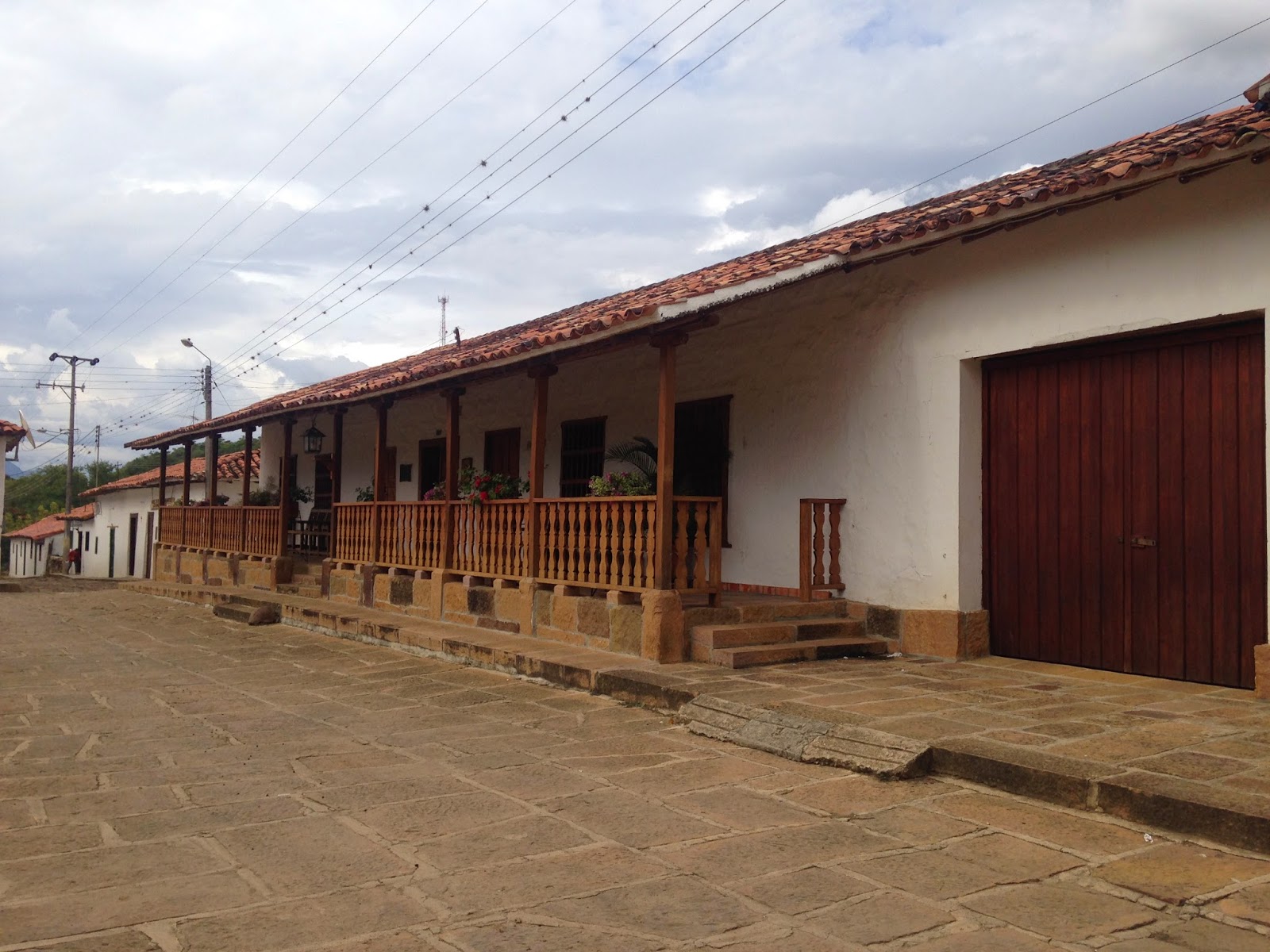 On one of the doorways of one of the shops on the main square, we found the timetable for the buses going back to San Gil. We discovered the next bus was coming in around 15 minutes and so we relaxed in the square, before catching the bus back to San Gil.
Posted by Sarah at 21:32