Volunteering with the Angeles de Medellin


In Medellín, we spent a few weeks volunteering with the Angeles de Medellín, teaching English, playing with the local children and distributing much needed clothes, food and household goods.

The charity operates up in one of the mountains in Medellín in the small barrio of Regalo de Dios (which, perhaps ironically, translates as gift from God).

Up here, life is quite different from the city. The people have very little and very few opportunities to better their lives.

A large number of families living in the mountains have been displaced as a result of the ongoing civil war in Colombia. They arrive in the area with nothing and have to start their lives all over again.

He runs what is best described as a community centre in Regalo de Dios. Every day, the local children can come along to the centre and have a safe place to play and just be children.

Older children and young adults can take advantage of the free English classes that are run for two hours every day, either by Marcos or one of the many volunteers from around the world who come along to help out.  There are also a number of computers available for the use of the local community.

Marcos also works to ensure that those who need the most help can take advantage of donations of food and clothing. When families first move here, after being displaced from somewhere else in Colombia, their new neighbours often send them to see Marcos, so he can identify some initial ways to help them to start over their new life.

Getting up the mountain

Marcos meets volunteers every day at the Acevado cable car stop at 10am. In the time that it takes to ride up the cable car to the other end at Santo Domingo, he regales new and existing volunteers with tales of living and running a charity in Colombia. And this man has lots of stories!

From being threatened by paramilitaries, who originally didn't look favourably on his appearance in the mountains, to the day he was in a shoot out, Marcos really has seen all sides to Colombia.

Once you get off at the other end, you walk up the hill to Marcos' regular coffee shop, where you can enjoy a refreshment, while waiting for any other volunteers to gather together to get on the bus up to Regalo de Dios.

The bus ride takes around 15 minutes. The higher up you go, even on this relatively short journey, you notice that the higher you go the less people have and the fewer facilities there are.

This principal also applies to the road! Part way through the journey, the tarmac runs out and the bus ride becomes really quite bumpy! Apparently, money has been set aside several times to pave this part of the road, but corruption has meant the funds have disappeared.

The road to Regalo de Dios is nothing however compared to the road even higher up in the mountain, where the road is practically impassable by car.

We spent one of our days with the charity higher up in the mountains handing out clothes and food. The families up here seemed particularly pleased to see Marcos. He is particularly keen to ensure that he identifies older people and those with disabilities to make sure they are getting the help they need.


Regalo de Dios
Once you get off the bus, its a short walk down the dirt 'main road' to the Angeles de Medellín community centre.

Once you arrive at the centre, a number of children gather round, jumping on the new volunteers and getting excited about the centre opening up for the day.

Once the door is open, the volunteers lay out the tables for the day and dust down the furniture, before getting out the games and activities for the younger children. 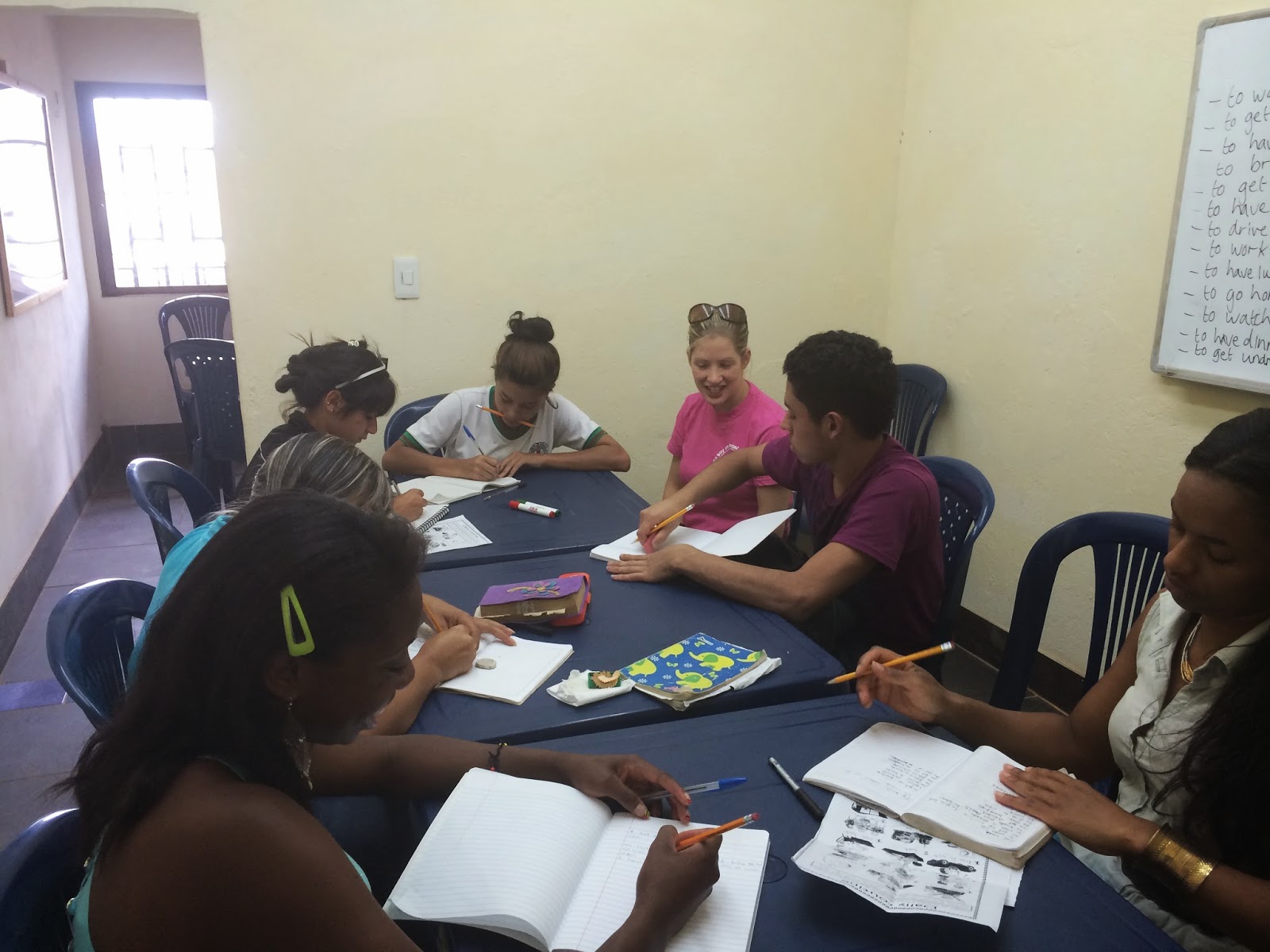 Around midday, Marcos opens up the other building on the other side of the road, where there is a computer room and small library. This is also where the English classes take place. Depending on the number of volunteers and the level of English among the students that turn up, there will be a mixture of group classes and one to one sessions.

Teaching was a highlight for me - all the students are really keen to learn and are a delight to teach. If teaching is not your strong point, you can stay with the younger children across the street, playing with them, teaching them new games or playing sports with them outside.

Once English class is over, the next task is either supervising and helping the teenagers on the computers, reading to some of the little ones or heading back across the street to play with the younger children.

Then very quickly, the day is over and its time to tidy up and close up shop for the day, before heading back down into the city - tired but satisfied with a good day's work! 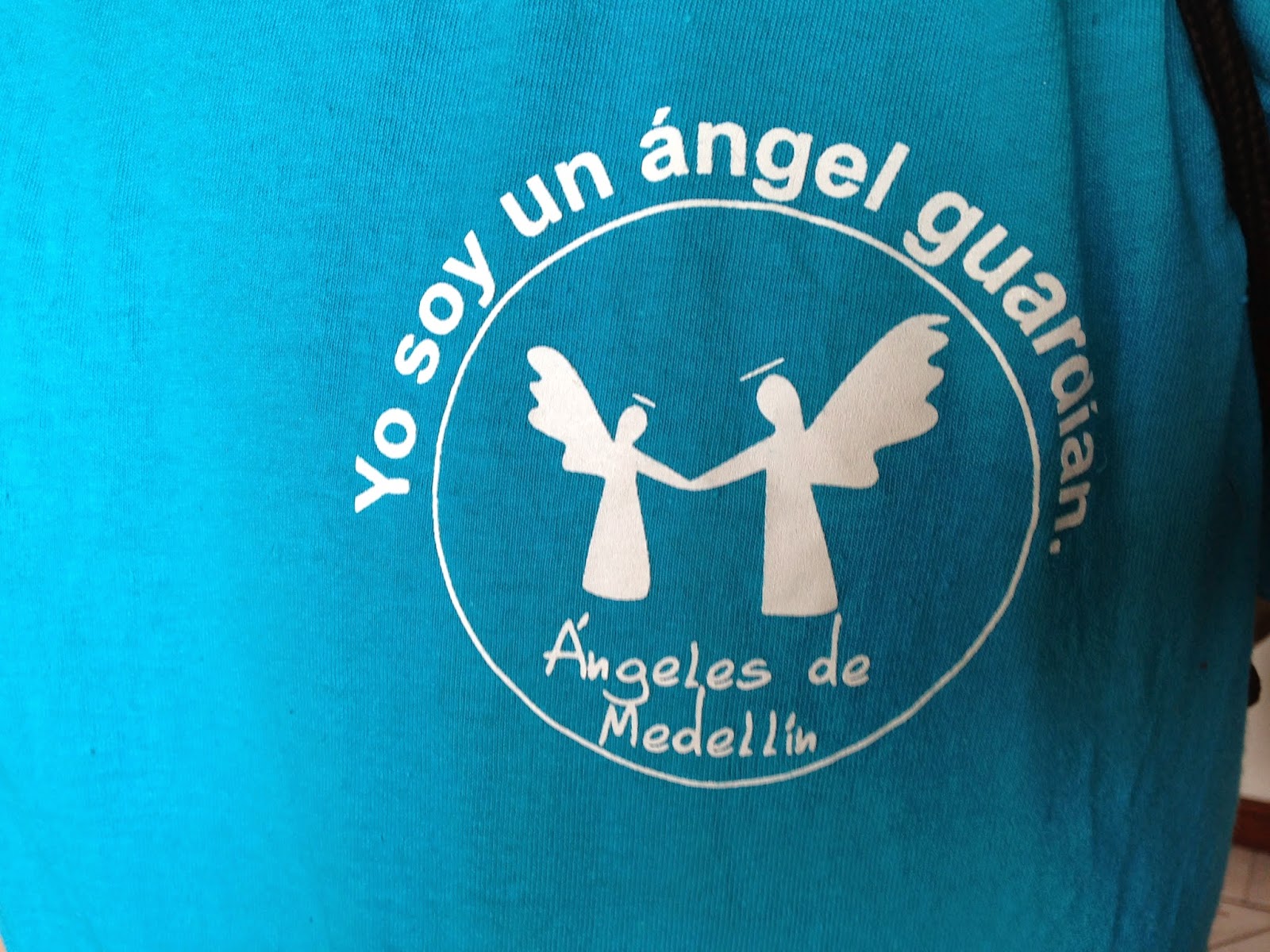 Practicalities
At the Angeles de Medellín, anyone is welcome to volunteer, for as long or as short a time as they want.

Unlike a number of other volunteer projects, Marcos doesn’t set a minimum period of time to commit to volunteering. However, he does ask for a small one-time donation from every volunteer who spends a day at Angeles de Medellín.

If you want to get involved, get in touch with Marcos via email: m2750k@yahoo.com