We visited the beautiful colonial city of Cartagena de Indias twice during our time in Colombia. The main reason for our second visit was to catch a sailboat out of South America to Panama on our way home, but we were also pleased to get more time in the town. 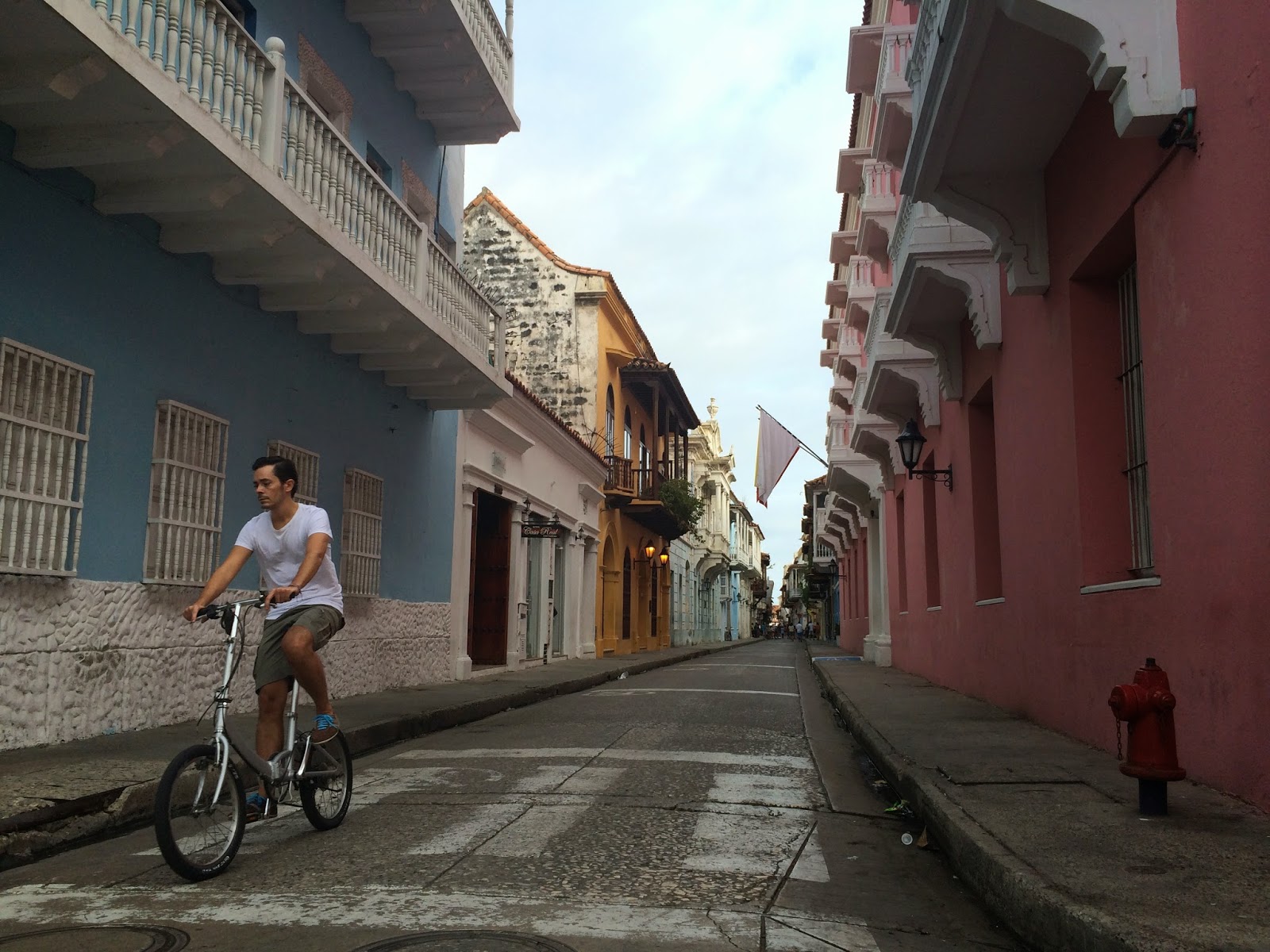 On both visits, we enjoyed wandering the colourful streets, eating and drinking, 'walling'

and shopping. Here are some of our highlights.


I am not sure our visit to the museum would have been quite so memorable if it hadn't been for our rather eccentric guide, who insisted on us all having a go with the torture equipment on display.

He laid James out on a stretching table, put me in a noose and Gill in the guillotine, but I'm not sure how much he actually taught us about the inquisition.


Increasingly, we wondered whether he was a real guide, particularly when he took us to an emerald shop* at the end of our tour - obviously a place where he got a discount as he had an emerald ring on each finger!


However, the museum was worth a visit. You don't really need a guide as its well laid out and has some information in English as well as Spanish in each of the rooms (but without a guide, you might miss out on meeting a quirky character).

*Cartagena is actually quite a good place to buy emeralds and there are options for a range of budgets. On our second visit to Cartagena, we went back to the emerald shop near the museum to buy some birthday presents for family back home. We were pleased with the unique, good quality gifts we found. (We also enjoyed the air conditioning in the shop - Cartagena is hot!)

'Walling' and the Cafe del Lado
Cartagena is a walled city and on our first evening we found ourselves wandering along the outer wall looking out to sea. We sat on the wall (avoiding the smooching teenagers, bought some cans of beer from a passing hawker and watched the sun set over the Caribbean. We later discovered that sitting out on the wall in the evening is known as 'walling' in Cartagena. 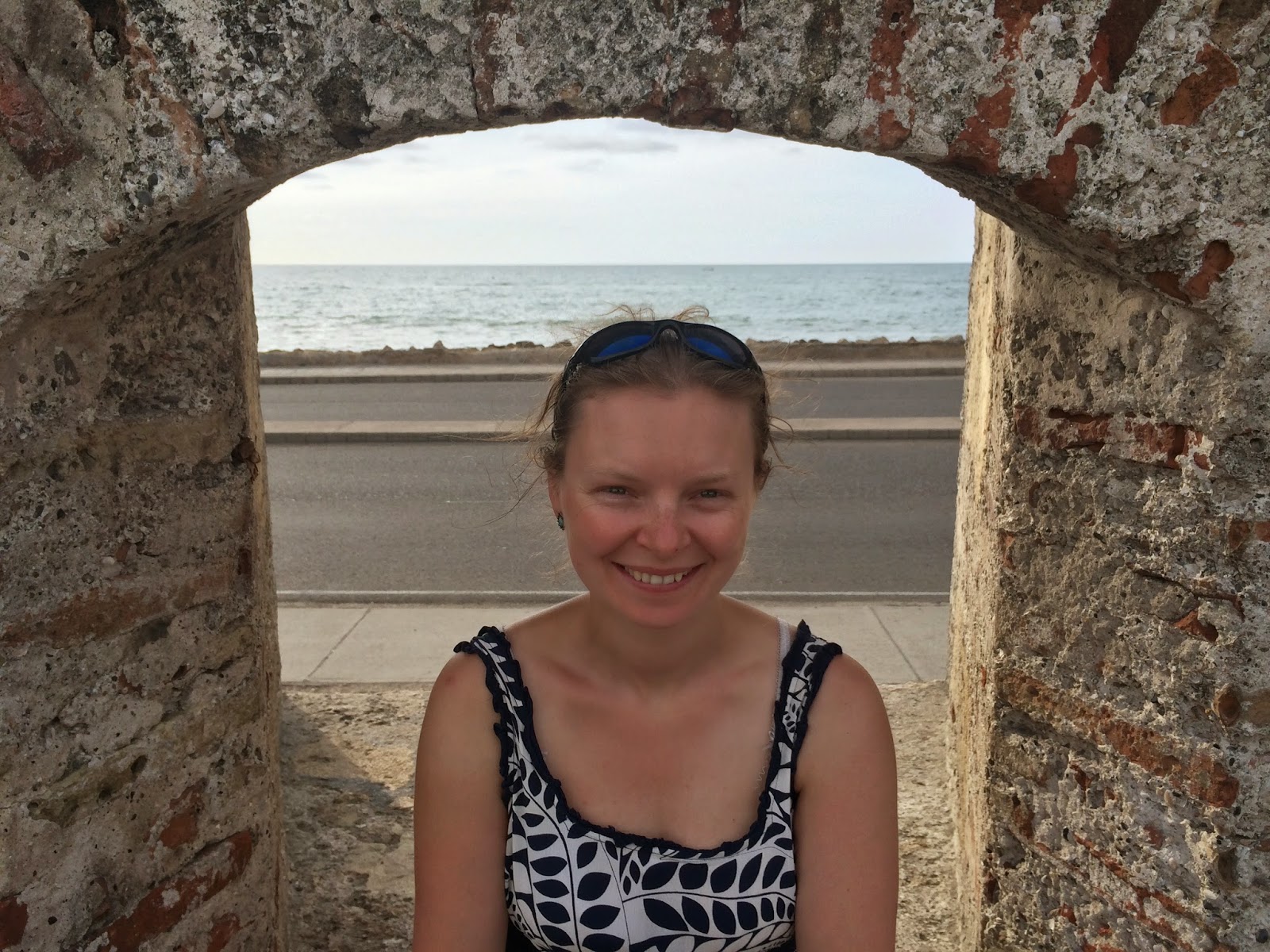 We went 'walling' several times while in the city. On one of our visits, we enjoyed a display of kites in the sky, which was part of the kite festival that takes place throughout August in Cartagena. 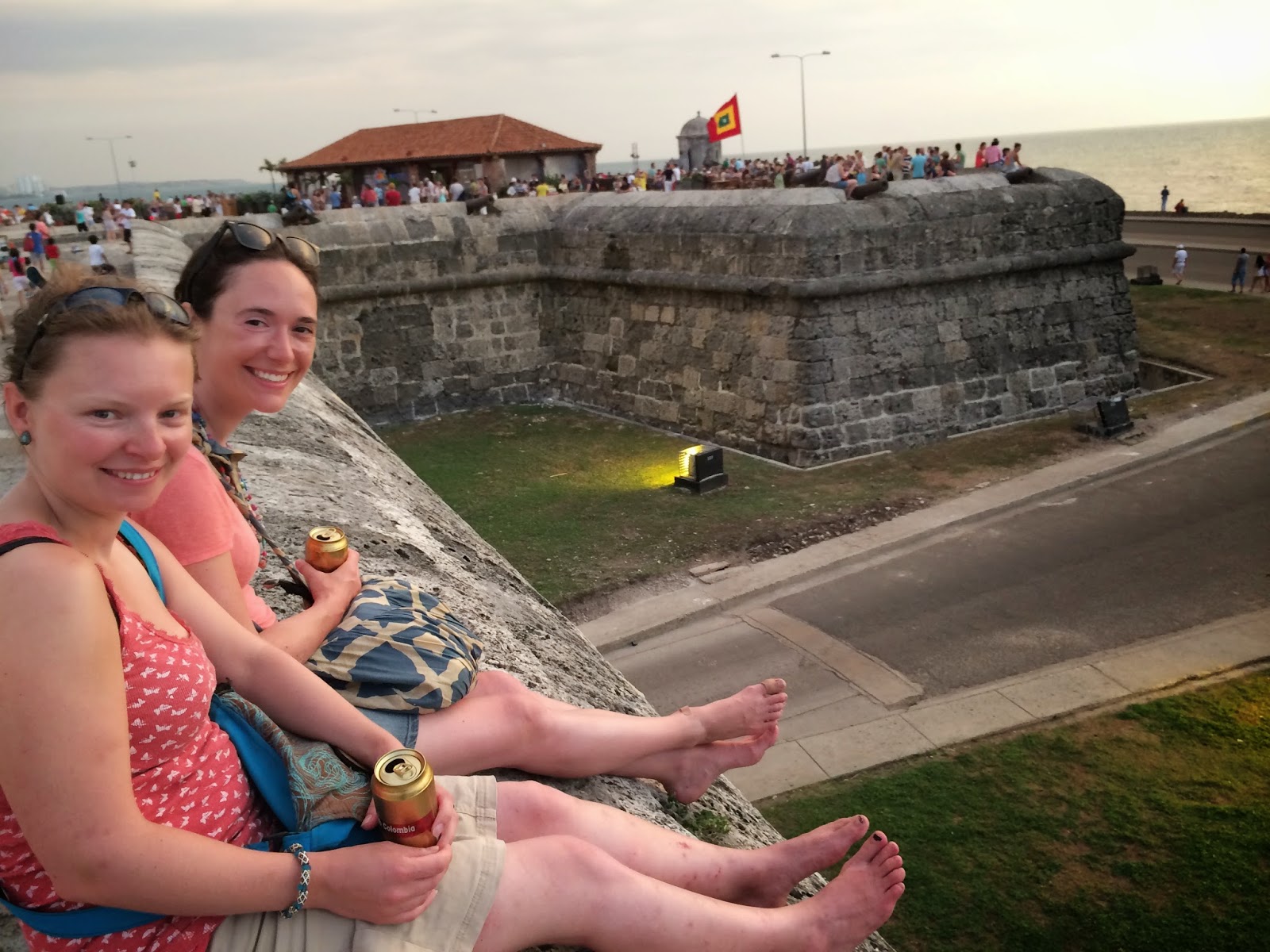 
Castillo de San Felipe de Barajas
Overlooking the city up on the hill is the fort of San Felipe de Barajas. Taking the audio tour, we had a fascinating visit to the fort. We learnt about all of the special features, which were designed to keep it as secure as possible, such as the tunnel system, which would have been blown up if advancing troops had got that far. 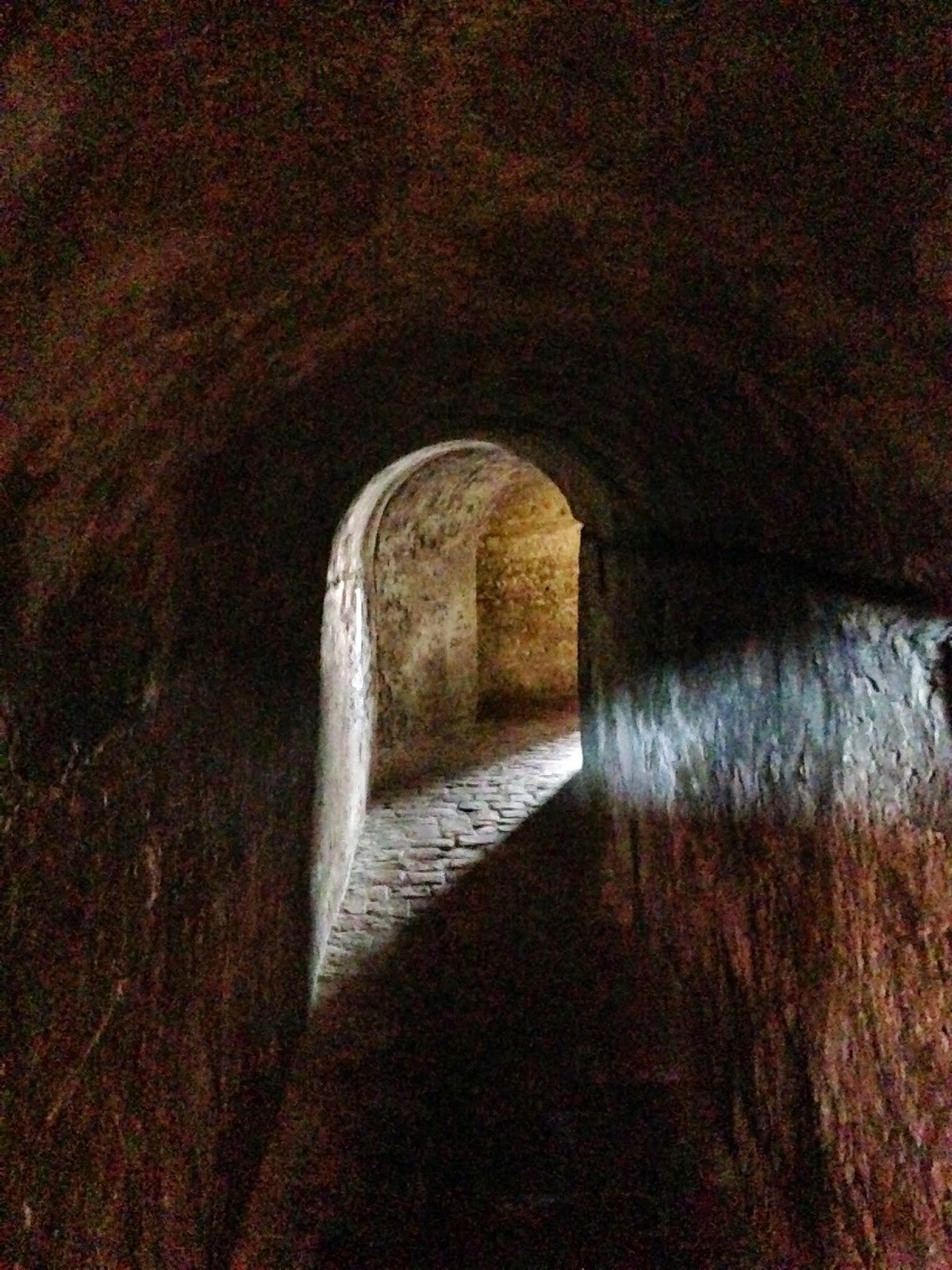 Standing from some of the highest points of the fort, looking over the town below and listening to stories of the French and British armies advancing on Cartagena transported us back to colonial times and made us reflect on the role of pirates and colonial powers in shaping this bit of the world. 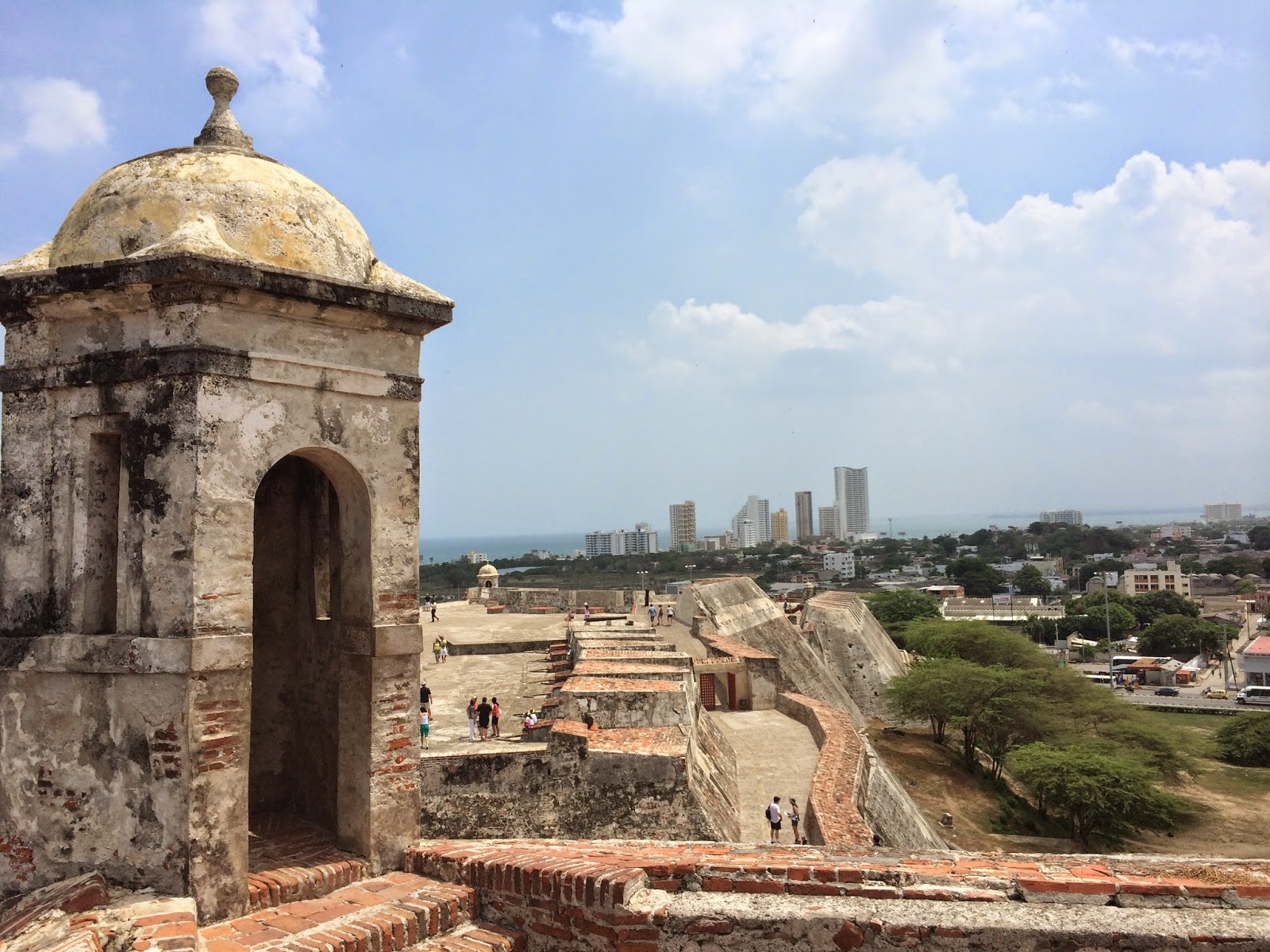 N.B. As mentioned above, Cartagena is very hot. We'd have enjoyed our visit to the fort much more if we'd not been wandering around exposed to the sun in the middle of the day. When we got to the entrance of the fort, hawkers tried to sell us hats and water and claimed that we'd not even make it to the top of the hill to enter into the fort itself without both of these things. For once the salesmen had a good point! 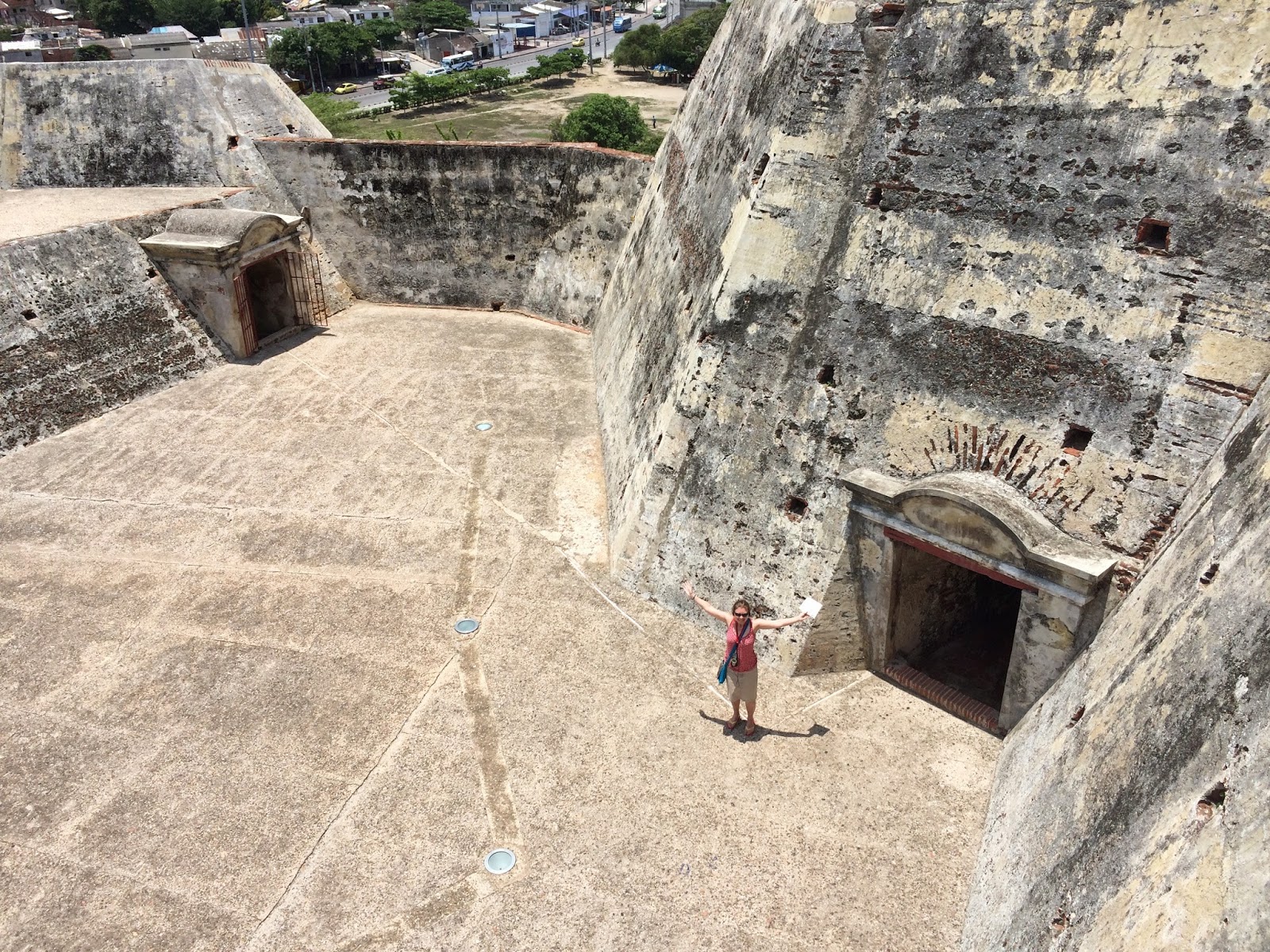 Cartagena is very well served with a vast array of restaurants and places to drink for all tastes and all budgets. The poshest meal we enjoyed in town was at Agua de Mar - a gin and tapas place, with the greatest array of gins and tonics you've ever seen. After describing the type of gin we liked to the owner, the barmaid served us up personal gin and tonics tailored to our tastes. They were quite delicious and huge (but very expensive). 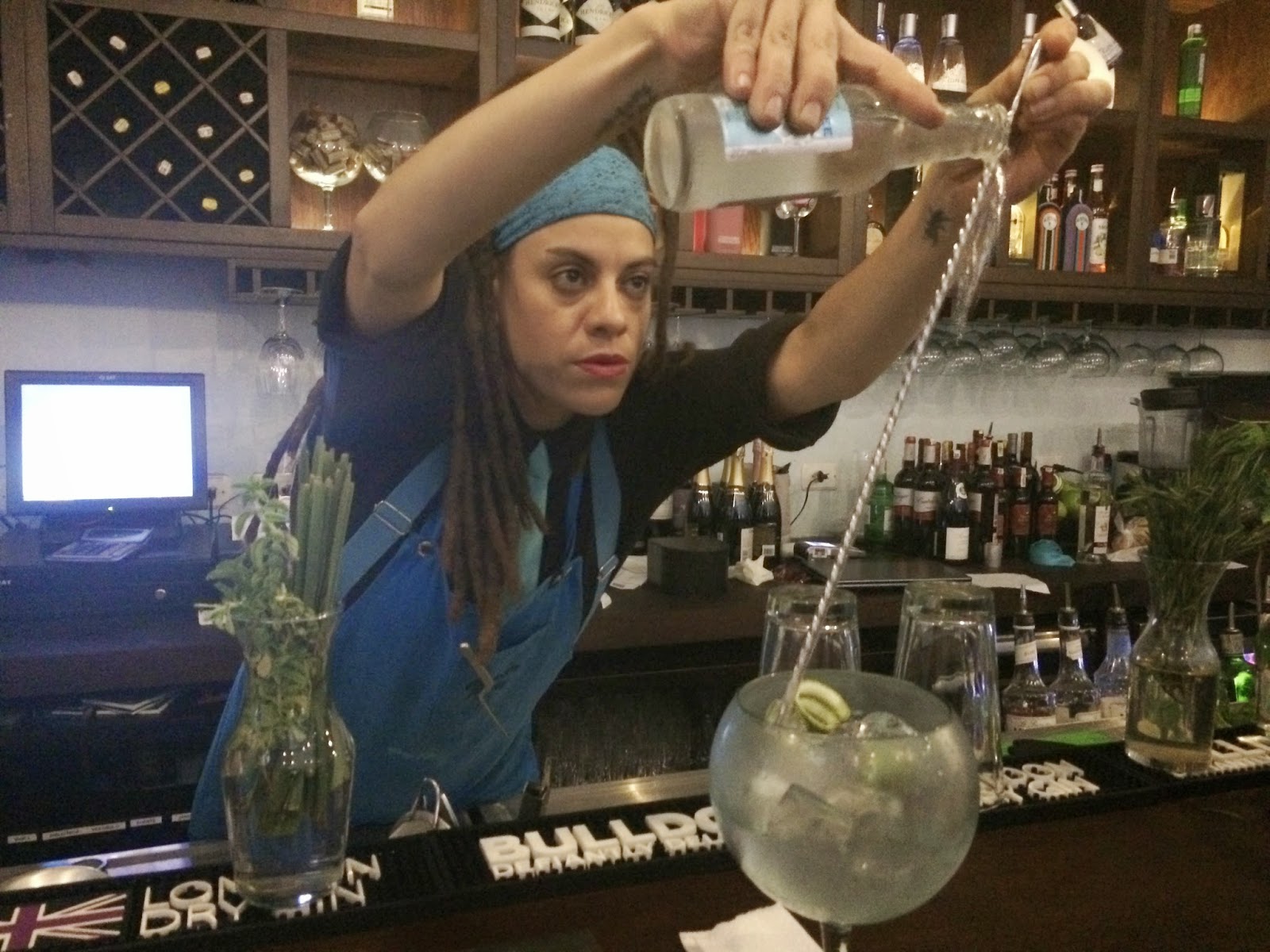 We also went on a street food walking tour, where we were shown where to buy the nicest arepas in town. Arepas are a type flatbread and they come with different types of filling and topping. I particularly enjoyed the arepas de choclo, made with sweetcorn, giving them a creamy taste. Yum! 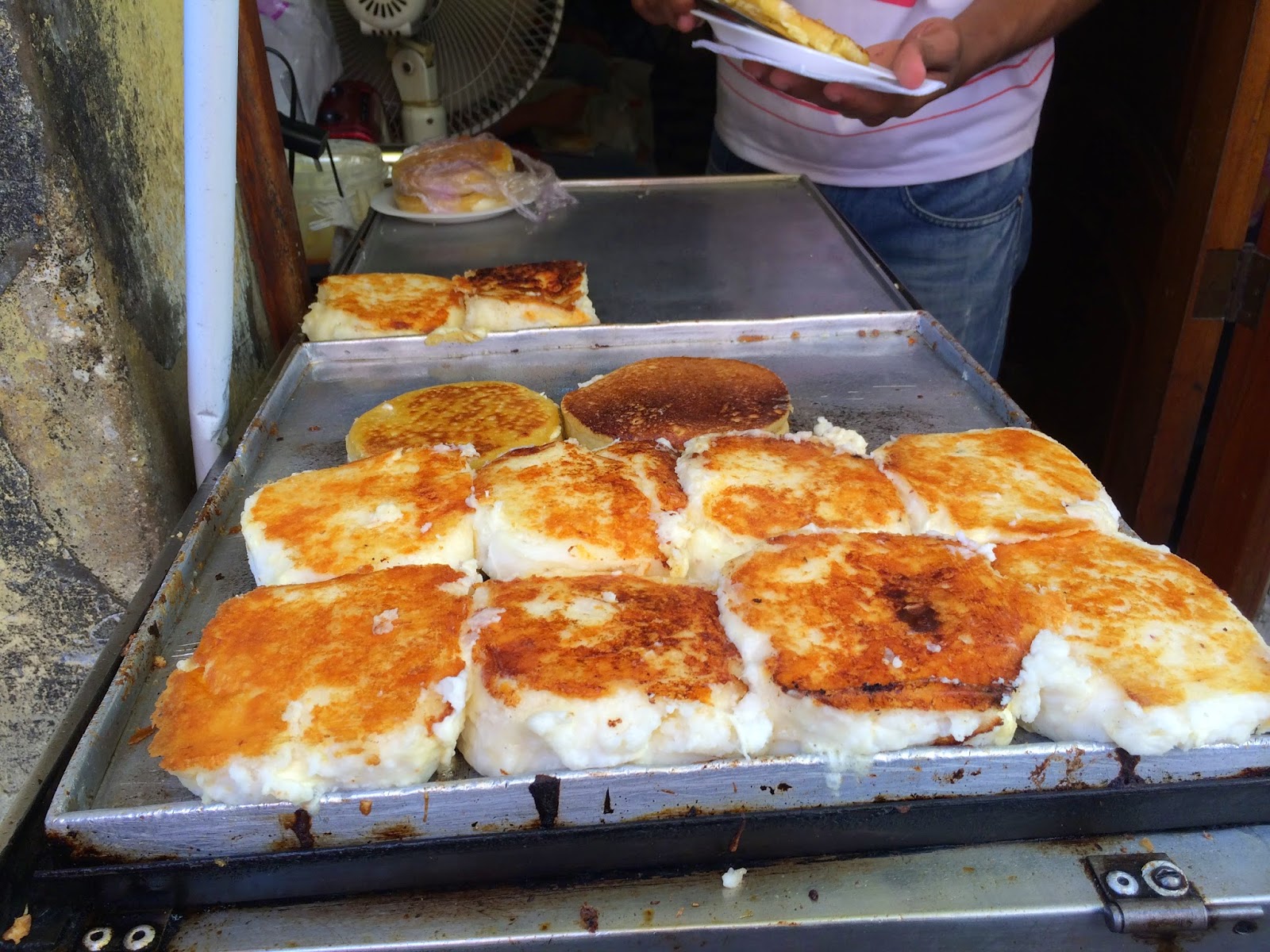 While in Cartagena, we also visited the world famous salsa club, Club Havana. There is a live band that comes on at around midnight and from 11, the club became packed mostly with Colombians ready to show off their dancing. We watched them strut their stuff in the packed club, but also had a little go ourselves. Fortunately, there are no photos of our dancing! 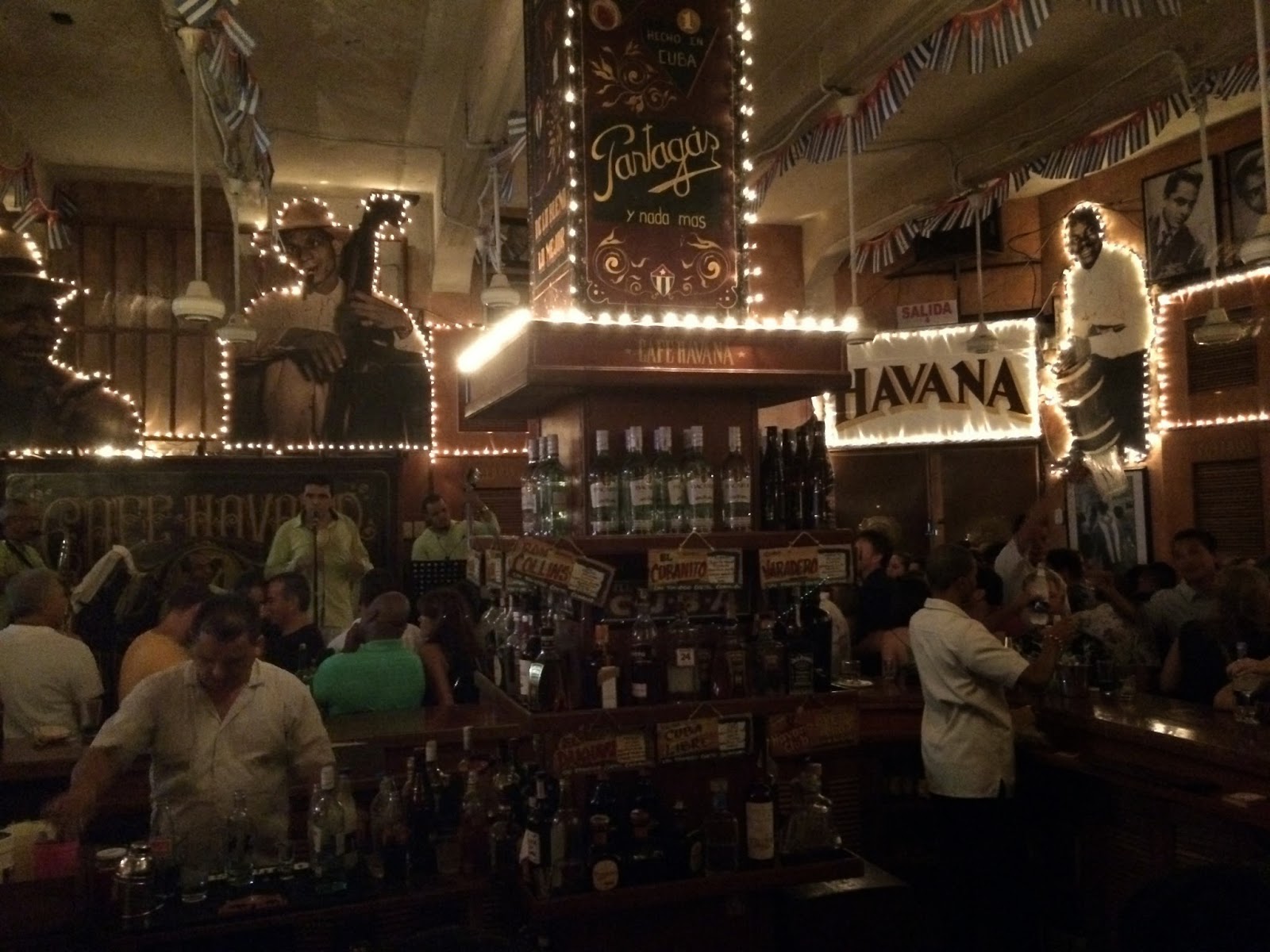 Have you visited Cartagena? Did you like it? What were your best bits?