A breakfast of açaí 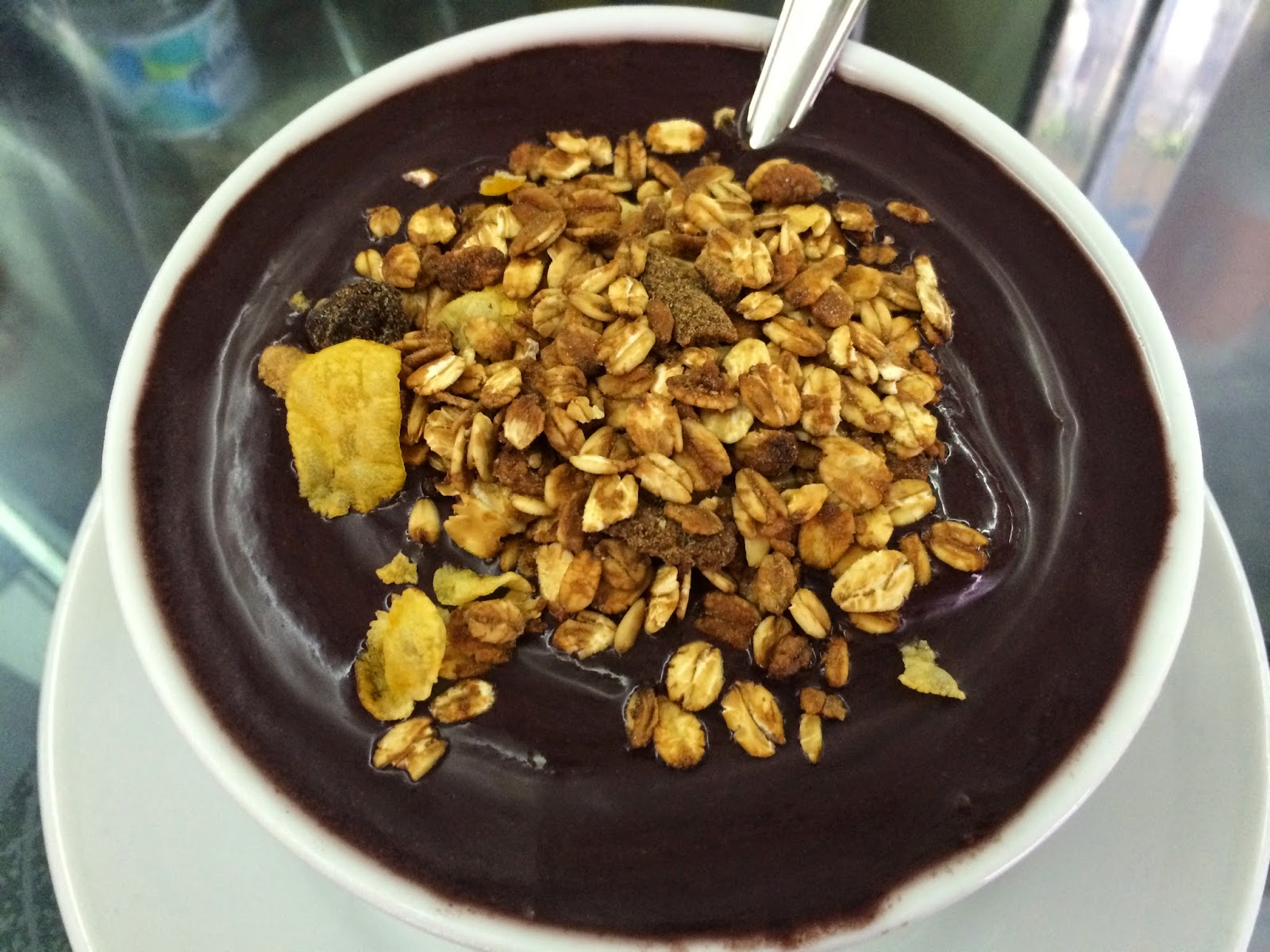 Açaí berries are a purple fruit from the Brazilian rainforest, which  for hundreds of years have been a central part of the diet of native Amazonian people.

In the last ten years açaí (pronounced ah-sigh-ee) has become known as one of the latest superfoods, alongside goji berries and adzuki beans. Its popularity
was given a particular boost in 2008, when its antioxidant properties were highlighted on the Oprah Winfrey show.

It is claimed that the berry helps combat premature aging and promote cardiovascular and digestive health.

It's also supposed to give you an energy boost. This is probably why, feeling a bit tired from our nights out in Rio, our friend Tariq, who lives in the city, suggested we try some açaí for breakfast one morning.

He took us to a local eatery in Flamengo, near where he lives, called Tacaca do Norte. Here (grouchy) staff serve up massive helpings of the stuff, served puréed with granola.

When it arrives, my bowl of açaí has a thick smoothie like texture with flavours of raspberry and chocolate. Adding granola gives the dish a welcome crunch. You can also add tapioca beads.

Tacaca do Norte serves up açaí as its meant to be served. Although the taste may not be for everyone, its definitely worth a try while you're in Brazil. If you're not heading to northern Brazil, this place is a good bet for trying out the flavours from the regions of Para and the Amazon.