We’d heard that the countryside surrounding Cordoba was worth a visit, both for the beautiful landscapes as well as the quirky
and interesting villages.

We hired a car and headed into the hills. After successfully navigating our way out of Córdoba (which is full of one way streets and bus lanes), our first stop was Alta Gracia, where Che Guevara spent his adolescence.

We started our day in Alta Gracia by visiting the beautiful Jesuit Estancia in the town. There a number of these former ranches that were run by the Jesuits throughout Cordoba. This one was beautifully preserved and well worth a visit.

After touring the estancia, we got ourselves a map from the helpful tourist information office opposite and walked out to the Lourdes church, which had been pointed out to us by tourist information.
The church has become very popular and well known as an apparition of the virgin is reported to have taken place there in 2011. We didn’t see her (!), but had a pleasant walk around the peaceful grounds and up to the church. We also enjoyed looking at the plaques everywhere in the grounds thanking the virgin for having helped people find a new job or get over ill health. 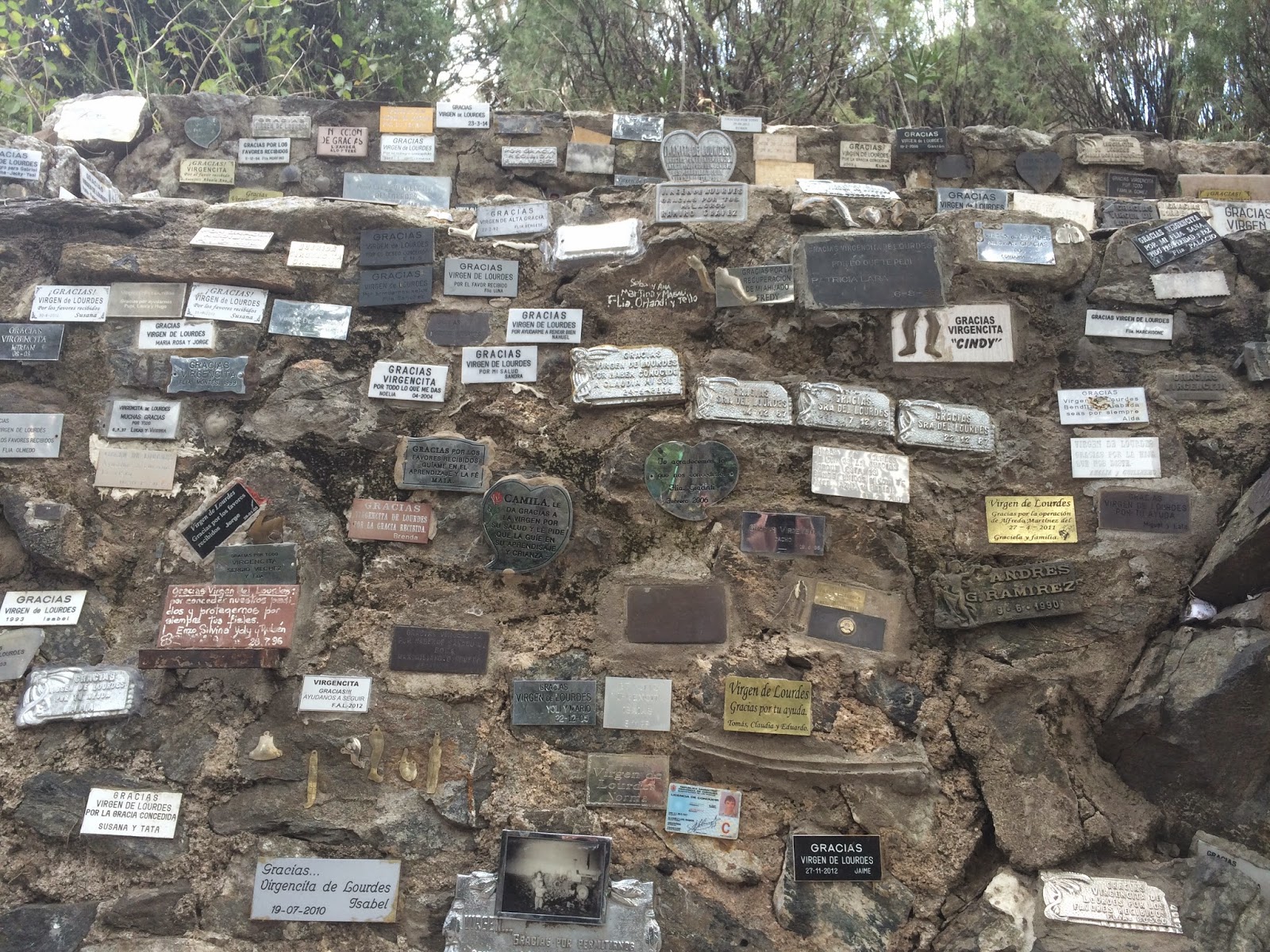 We then headed to the Che Guevara museum, which is located in his family’s former home. The family moved there in 1930s when Ernesto "Che" Guevara was five because the dry mountain air was said to be good for his asthma.


The tour around this relatively simple house follows the timeline of Che's life. With family photos and artifacts the displays track his very active (despite the asthma) childhood in Alta Gracia, to his teenage years in Córdoba.


Further round the house, you learn about his first road trip in his early 20s on a bicycle (a 4,000 kilometre trip in Argentina), his travels with Alberto Granado throughout Latin America (as featured in the motorcycle diaries) and his later travels with his childhood friend, 'Calica' Ferrer. Looking at the map in one of the rooms of all the places in Latin America that he travelled to is enough to put any backpacker to shame.


Information and artifacts about his meeting with Fidel Castro in Mexico, his role in the Cuban revolution and the post-revolution Government are also displayed, including letters between Che and Castro and photos of the two together making speeches and on political visits around the world. One room is dedicated to the visit to the museum in 2006 by Hugo Chavez and Fidel Castro

The last room documents his resignation from the Cuban Government, his failed attempts in Congo to aid the liberation movement there, and his entry into Bolivia to support Bolivian revolutionaries. He was assassinated in Bolivia in 1967.

The museum was very well laid out and thought through and provided a fascinating insight into the life of one of Argentina's most well known sons.

Click here to read part 2 of our visit to Las Sierras de Córdoba.

See also: A quick guide to the quirky towns of Las Sierras de Córdoba.
Posted by Sarah at 09:07