Puno sits on the edge of Lake Titicaca on the Peruvian side and it’s from here that you can arrange trips to some of the islands on the lake, including to the floating "Uros" islands that are made entirely from reeds.

Puno itself feels pretty rundown and rather unattractive. It looks a little like there was an attempt to brighten up the promenade along the lakeside about 20 years ago, with paved walkways, benches and wooden arched verandas. However, without any maintenance, the paving is chipped and the wooden furniture has certainly seen better days. Unused pedloes sit in the harbor rotting away, surrounded by algae and rubbish. And many of the buildings in the town itself look unfinished and in some cases abandoned.

There is a street off of the main square, lined with restaurants, bars, shops and tour agencies, which is a bit cheerier than the rest of the town. There's also quite a nice restaurant overlooking the square, where James sampled his second oven baked guinea pig - this time it came whole. I was thankful for the veggie options on the menu! 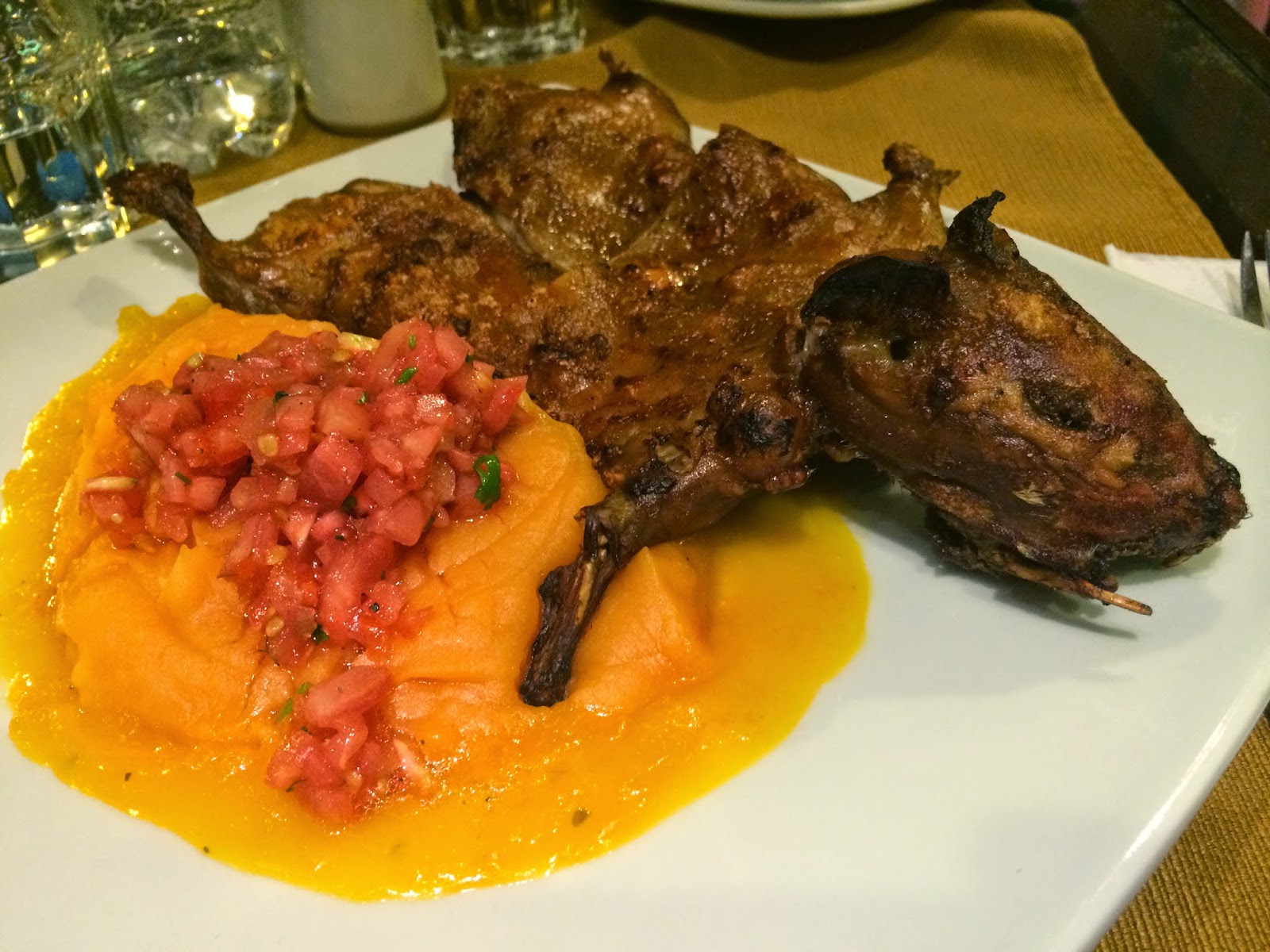 Other highlights of Puno included the supermarket (!), which was large and very well stocked. We also enjoyed a visit to the Condor viewpoint as the sun was going down, but on the whole I felt a bit sorry for poor old Puno.

We had been warned of Puno's unattractiveness, but decided to go anyway because I was fascinated by the idea of a trip to one of the floating islands.


I'd read a lot about concerns that the inhabitants of the floating islands were being exploited by tour companies who took tourists to visit, but who weren't passing on the money they made to the local people. So we investigated the different options for visiting and decided to go with a on a tour company with a good reputation, Edgar Travels. We had been torn between going with them for 50 soles (£10/$15) or directly with a boat company for half the price. However, Edgar Travels came with a guide and pick up from our hotel, so we decided it was worth it. It was the right choice, because when we picked up in the morning, we also found out that we’d been put on a faster boat for no extra charge. The guide was also very good and spoke Amayra - the language that the people on the floating islands speak. 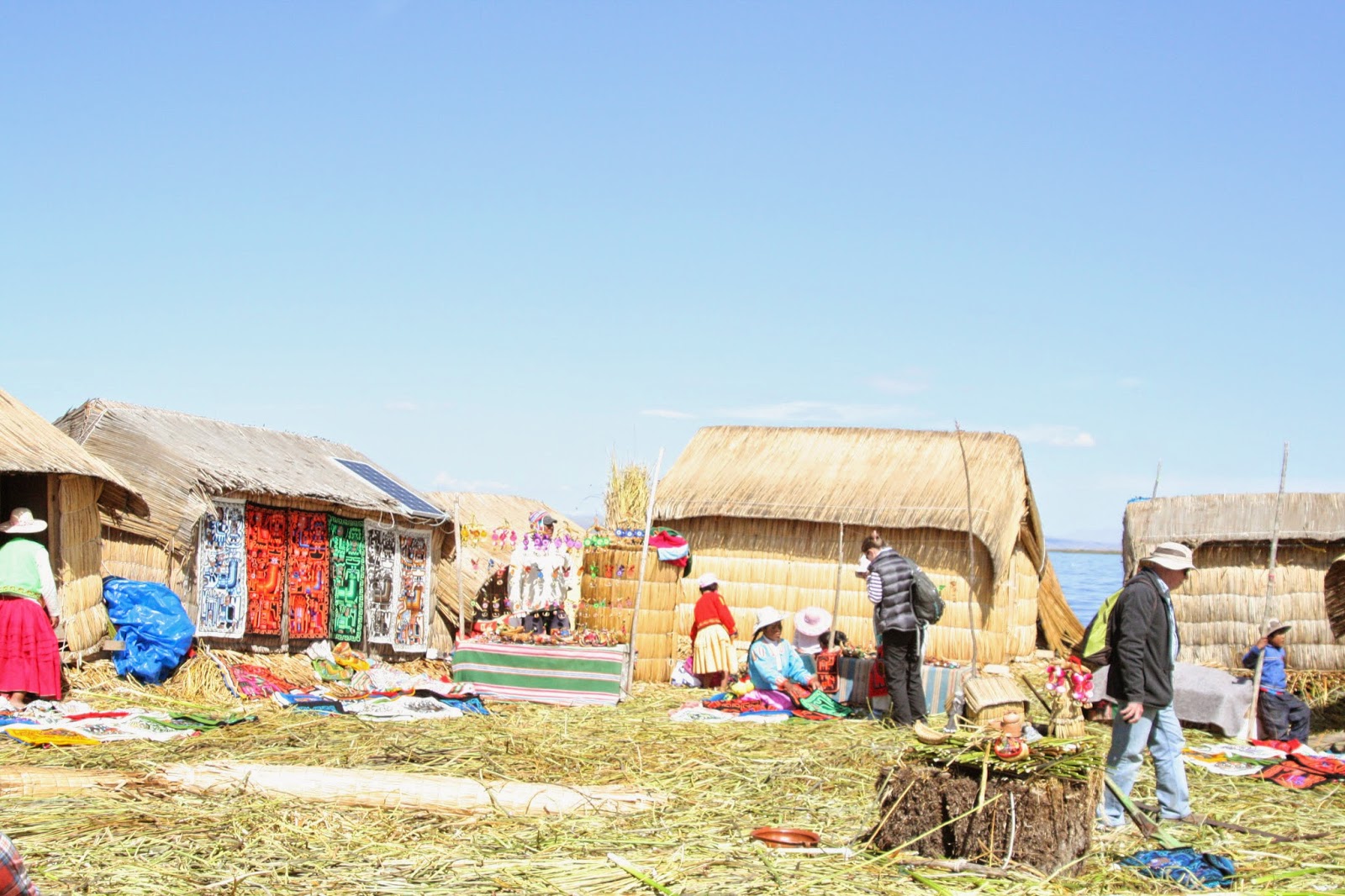 On arrival to one of the floating islands, which was inhabited by around 25 people, we were greeted by all of the women who live there. Most of the men were out fishing or hunting, apart from the “vice-president”, who set about explaining to us how to build a floating island. He noted that one of the most important things to remember when building your island was making sure you had an anchor so you didn't float away!


We were then taken to see inside the houses, before being invited to peruse their handmade souvenirs and to take a trip out on one of the reed boats. It didn't feel like our visit was exploitative at all. The ‘vice president’ was very jovial in explaining how the island was made and the women very welcoming in showing us their home. They were curious about who we were and where we were from. If anything, I felt a little exploited by the 10 soles boat ride!


After saying our goodbyes we headed to Taquile - a 'real' island on Lake Titicaca. Arriving at a quieter part of the island that doesn't receive as many visitors as the main town, we took a stroll to a small hamlet, where we were greeted by local people, who showed us how they wove and knitted the textiles that Taquile is famous for. Knitting is a male only task, while women weave. 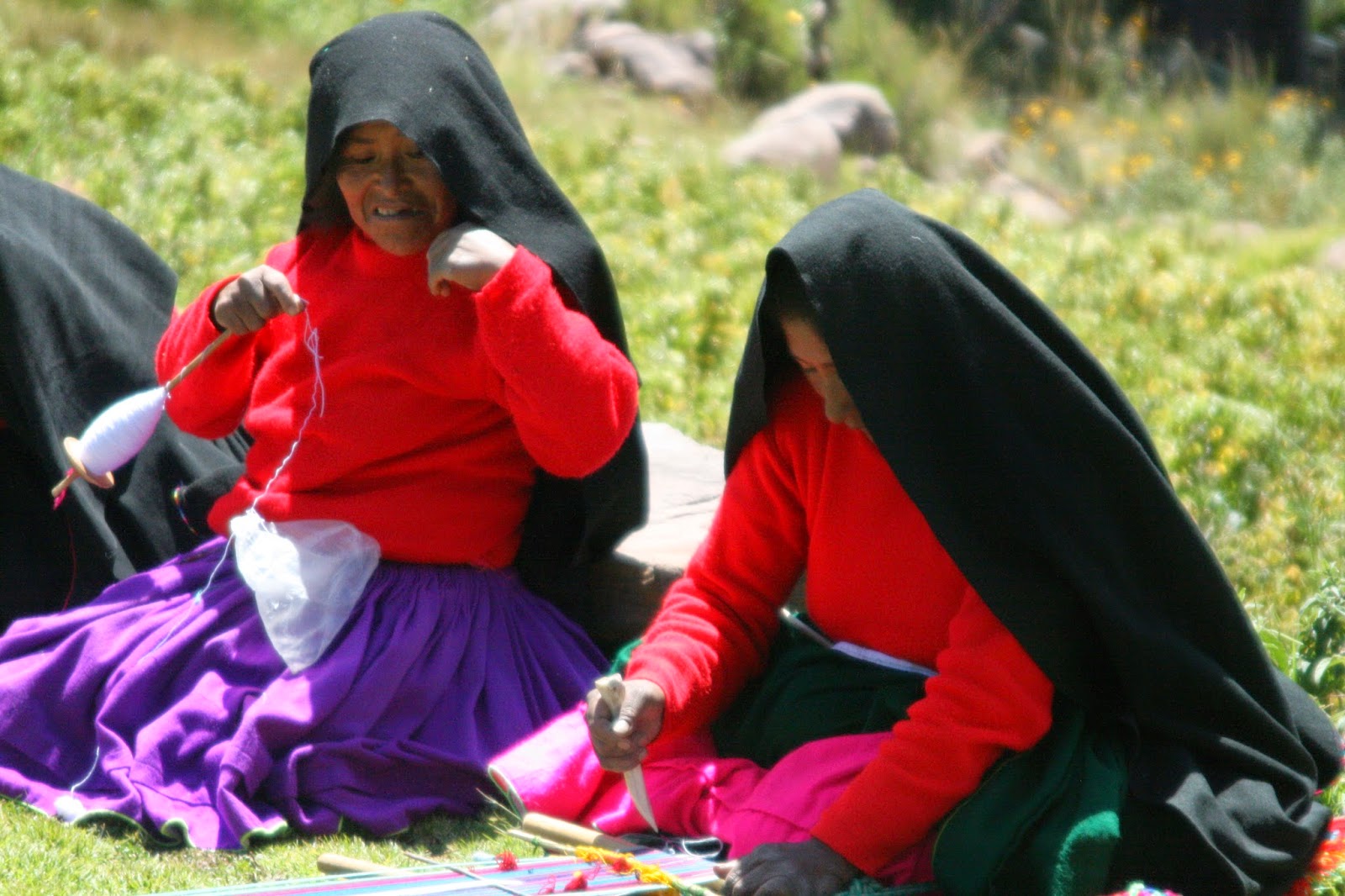 The different colouring in the men’s hats tell you whether they are single or married. Men also flirt with women on the island by showing off their knitting! They fill their hats with water to demonstrate how tightly knit their hats are.


The boat then took us to across to a peninsula that connects with the mainland, where we were treated to some traditional lunch cooked in an oven buried in the ground. It was ready when we got there, but before it could be dug out we had to give an offering to ‘Pachamama’ (mother earth) and go through a ritual which included me being nominated as ‘godmother’ and  helping to dig out the lunch.

We ate overlooking the lake and went for a short stroll to walk off a bit of the lunch, before heading back to  poor old Puno for our last night in Peru.

Related posts
For more information on where we stayed in Peru, see Where we stayed: Peru
For more on our experiences on the other side of the lake, see Copacabana and the Isla del Sol