Long distance bus travel is likely to form a central component of any South American trip.

For cash-strapped backpackers, an overnighter also helps save money as it gives you a nights accommodation as well as the means to get from a to b.


The level of comfort (and safety) of South American buses depends on the country you're in and the bus company you go for. On one bus, we were served champagne (yes! champagne) after our meal (yes! we were served a meal), while elsewhere, there wasn't even a toilet to use on the bus and the freezing temperature on board meant that we had to seriously layer up (and were still a little cold).

Here's our guide on how to know what to expect and where! The countries are shown in the order we visited them in.

We did pick the good bus companies to travel with, however. In Peru, these are: Cruz del Sur, Oltursa, Civa and Tepsa. As a result of the security problems in the past, you'll often find that the bus companies do quite thorough security checks when you board. Getting on an overnight bus from Nazca to Arequipa, every passenger had their photo taken - this is to deter would-be thieves and hijackers. 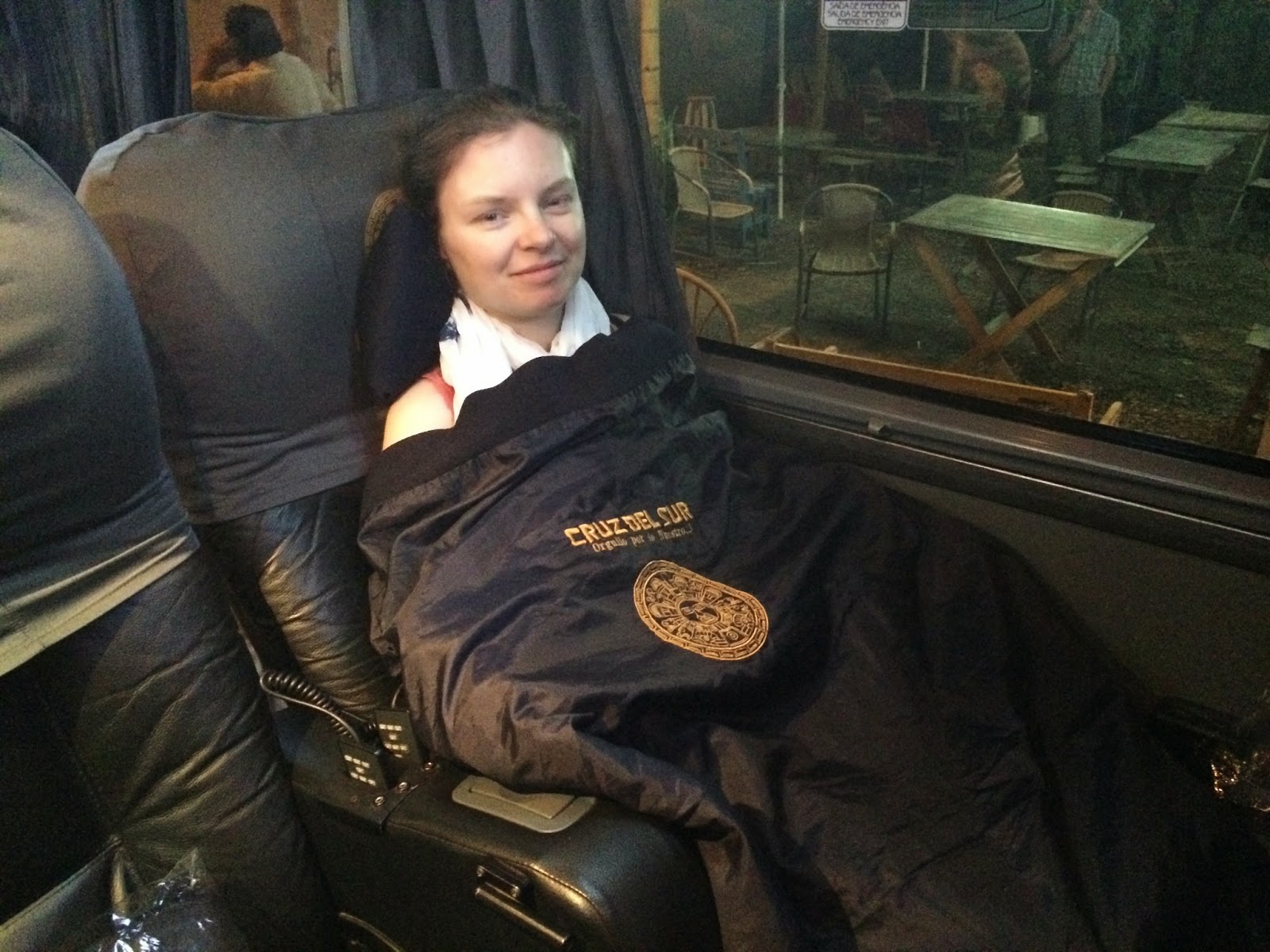 The long distance buses from these companies are very comfortable (on a par with Chile - see below), come with almost fully reclining seats, a TV at your seat (like in an aeroplane) - often with choices of English as well as Spanish programmes and a blanket. And most importantly, a working toilet! This wouldn't have felt like such a luxury, if our next country hadn't been Bolivia.


2) Bolivia
Ahhh Bolivia. One of my favourite countries in South America, but not for its buses. Road blocks, broken down buses, freezing cold or boiling hot temperatures and no working toilets on board (ever) make bus travel in Bolivia a bit more challenging.


While we were lucky enough to manage to travel while nobody was striking and therefore blocking the roads, and we didn't have any bus break down on us, we did hear plenty of stories about these two things happening. Our trip to the Uyuni Salt Flats was seriously delayed when half of our group who were booked on our tour were delayed by their broken bus from La Paz. It was not uncommon to hear of road blockages delaying and ruining plans, particularly for those short on time.

We did however have to make sure that we took sufficient layers with us for every bus journey, so that we could put on more and more clothes as the temperature plummeted or take off the layers if it got too hot.


And I would pop off to the ladies' room several times before boarding the bus and drink very little before a long journey. There were often toilets on board, but invariably they would be inexplicably locked for the entire time, so you'd just have to wait for the toilet stop, which might be at 2 or 3am (so make sure you wake up and have some spare bolivianos to pay for the loo!)

Chile's customer service was on the whole a breath of fresh air after more than 6 weeks in Bolivia.


In Chile, you can relax a bit more. All buses will have toilets, there is no history of hijackings, bus drivers seem to have a better control of the internal temperature and the Chileans aren't known for blocking roads (although the snow might cause you problems!). We were very impressed by the buses in Chile. They are in good condition and very comfortable. You often get served food too on long distance trips - ask when you book your ticket! 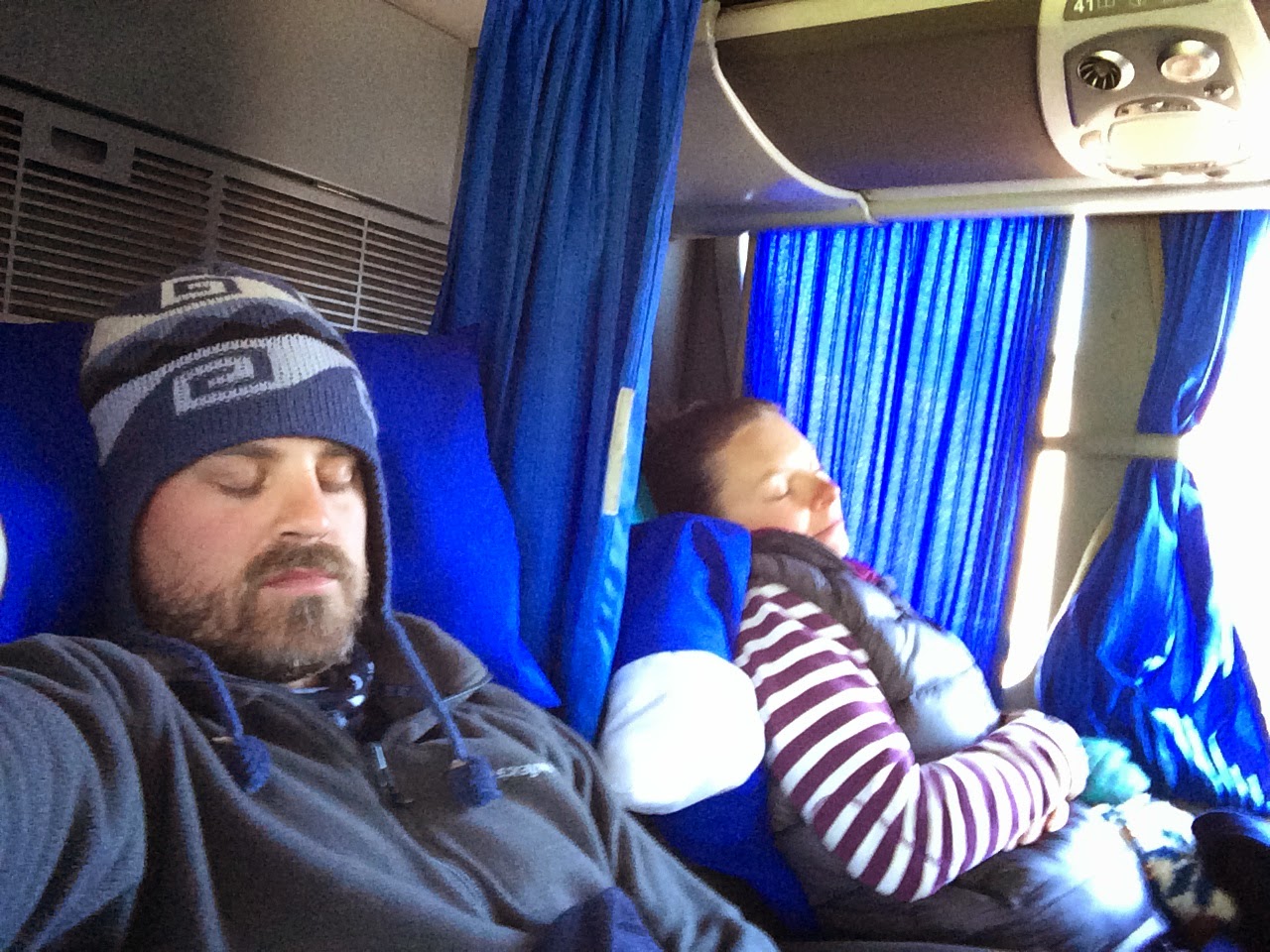 The following bus companies have a good reputation: Andesmar, Turbus and Cata International.

Wow Argentina! We love your buses! On our overnight trip to Buenos Aires from Mendoza and back again, after being served a hot meal, the hostess came around and offered us tea, coffee, WHISKEY or CHAMPAGNE. We thought we'd misheard, but no, champagne was definitely on offer and it would have been rude to have turned it down. We did pay a little bit more for this  bus trip than we had for others, so we may have been in premium class, but still it wasn't that expensive (and did I mention we were served champagne?). 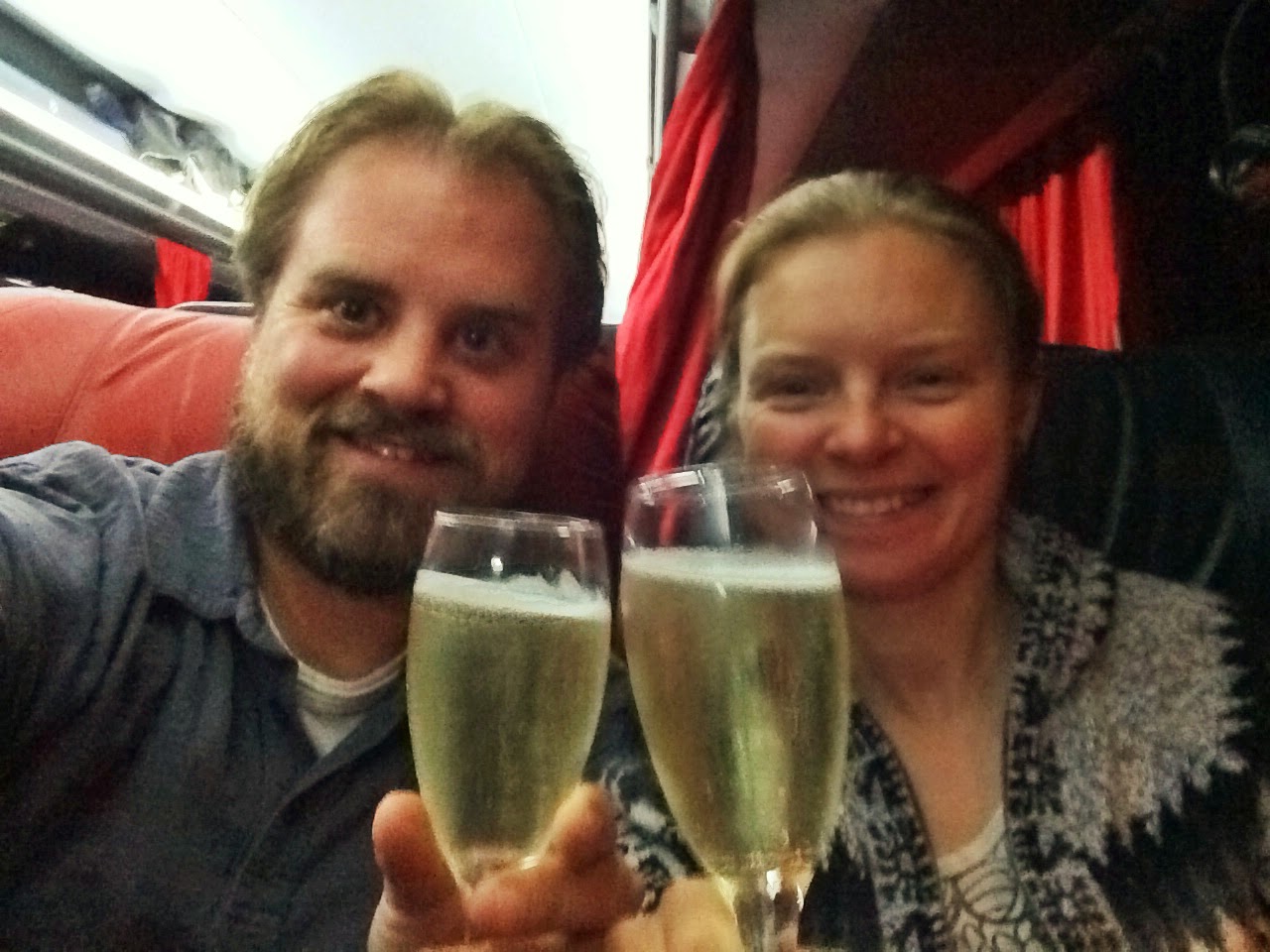 I also managed to order myself vegetarian meals on the buses in Argentina. As a country not known for its vegetarian credentials, although it is possible to find veggie food in Argentina, I thought a veggie option on the bus might have been pushing it. I went to ask at the counter at the bus station and was expecting the agent to laugh in my face - he didn't bat an eyelid and just noted down my option! 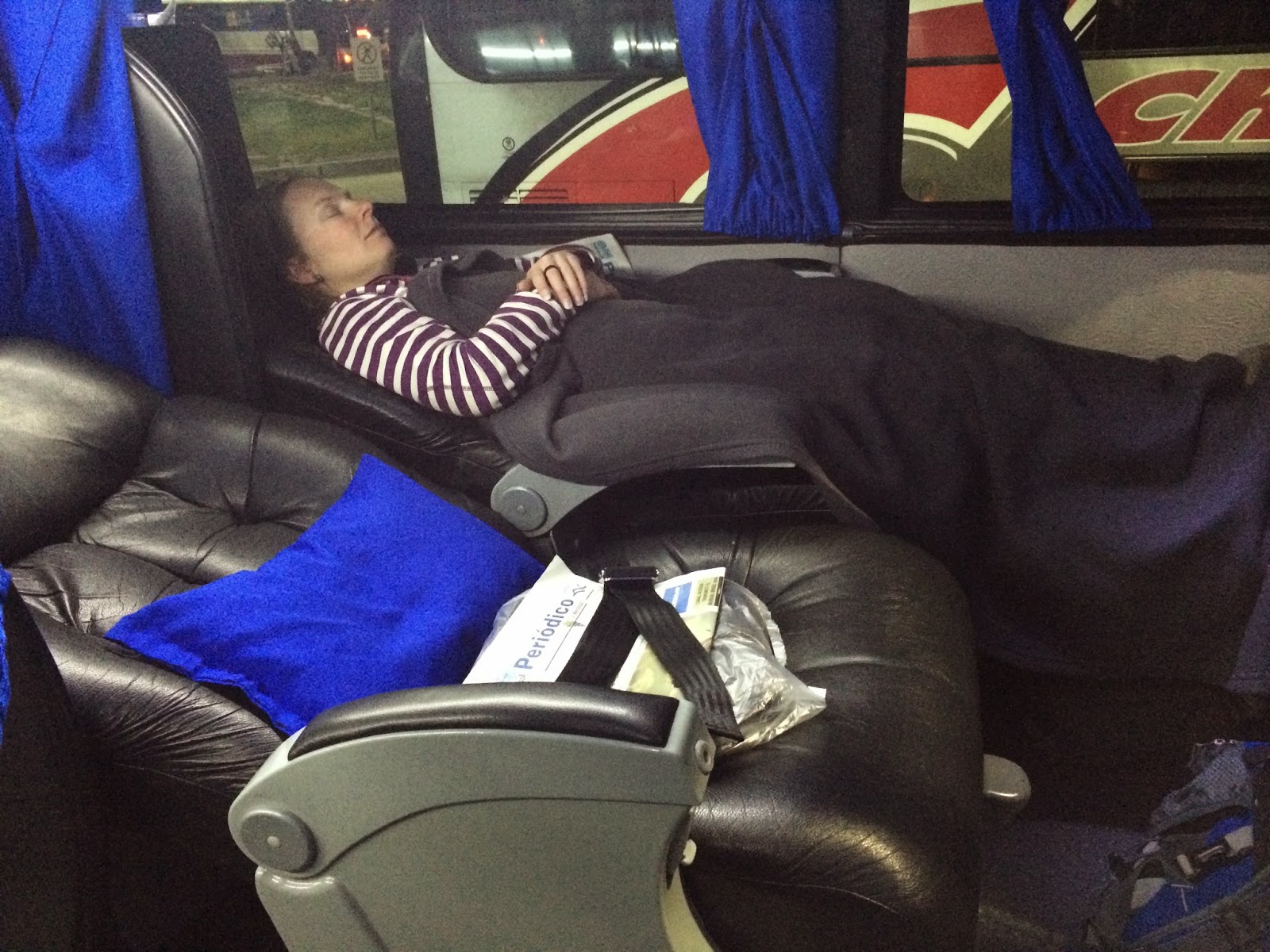 Picking the class of bus can be particularly confusing in Argentina. Here's a handy guide to help you understand what all those cama, semi-camas mean!

5) Brazil
After Argentina and Chile, Brazil's buses were a  bit of a let down!

They were safe and reliable enough. But were really just regular coaches with reclinable seats, which just didn't have the same level of comfort on board, as we'd experienced in Argentina, Chile and Peru. Or maybe I'm just upset that nobody served us champagne!

It seemed relatively cheap to fly some of the longer distances in Brazil and so I wonder whether if you have a little bit of money in Brazil, you fly, whereas in Argentina, you get a nice bus.

6) Colombia
Our experience of buses in Colombia were similar to experiences in Brazil - coaches with reclining seats.

The temperature control was a bit Bolivian though! Take layers with you on Colombian buses - it can get very cold (or hot, but mostly cold).

The other thing to remember about bus travel in Colombia is that the country is really hilly and the roads wind up and down and around the mountains. The sharp turns of these roads can mean that you're thrown about a bit on your journey, which isn't helpful for a great night's sleep and can make you a little travel sick.

Bolivariano has the best reputation. Expreso Brasilia is also recommended.