We crossed a number of land borders throughout our 6 and a half months in South America - quite a novelty for two Brits! Here are some of our border crossing photos. 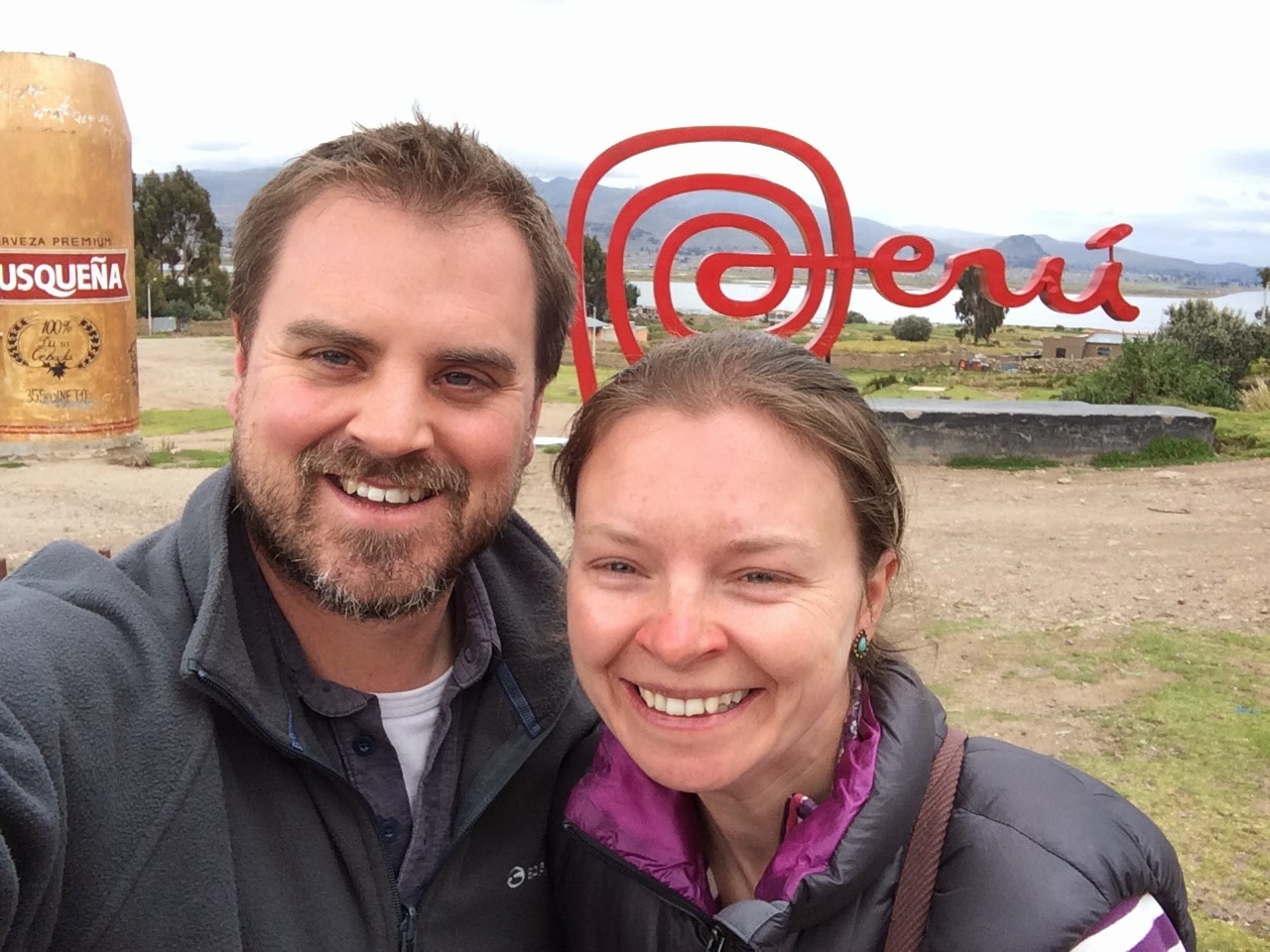 Leaving Peru, we were pleased that the border crossing was well marked with the iconic Peru sign and a big bottle of Cusquena beer!

We walked across the border into Bolivia and were less delighted with the queue for Bolivian immigration that we were confronted with. 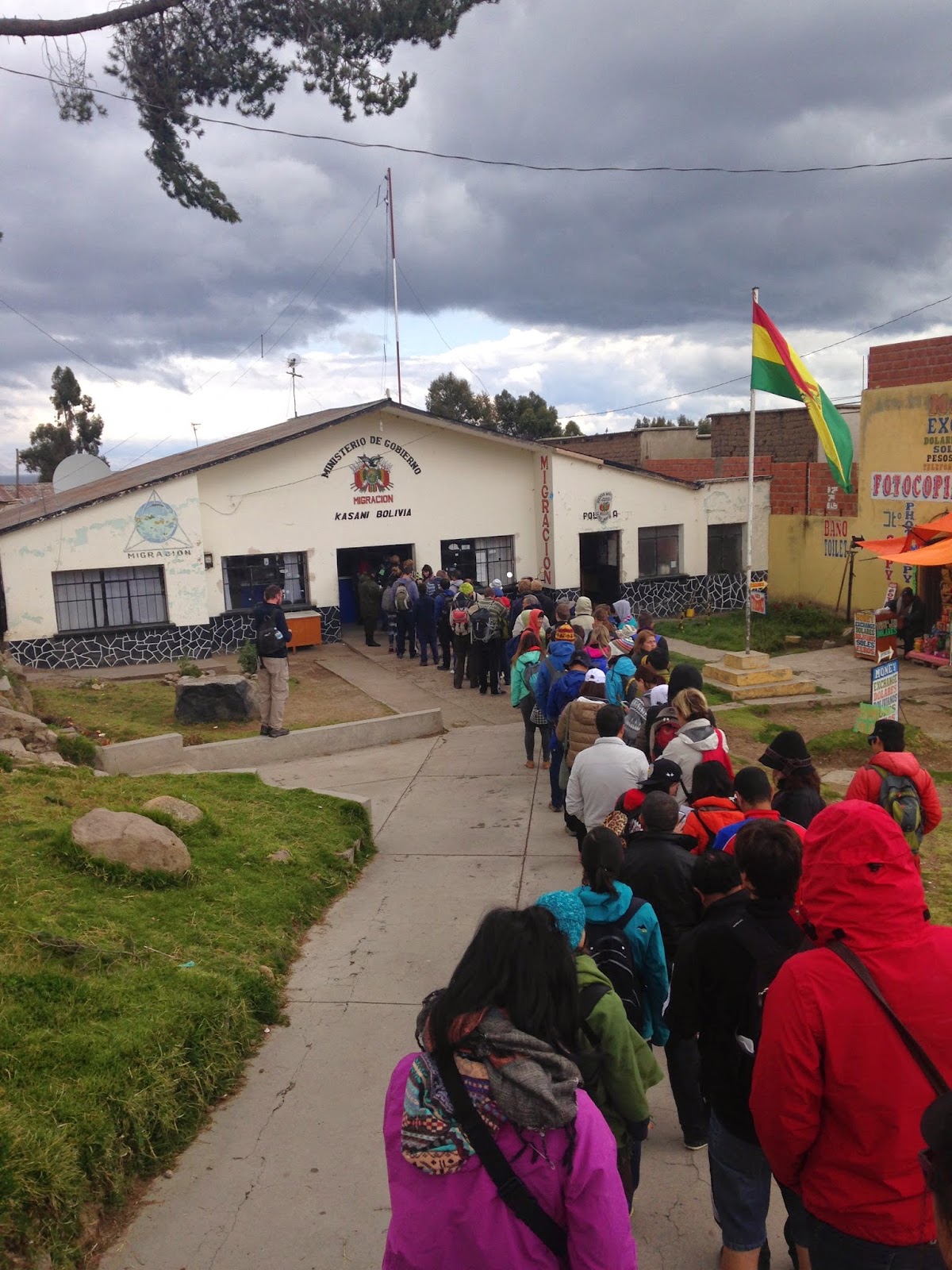 We left Bolivia via a tour of the Salar de Uyuni - the Bolivian salt flats - and the other worldly landscapes of South West Bolivia.  After leaving Bolivia, we were confronted with a choice of heading right to Chile or left to Argentina. We went right.

From Chile, we crossed the Andes into Argentina at the mountain pass of Paso Internacional Los Libertadores  in between Santiago and Mendoza. 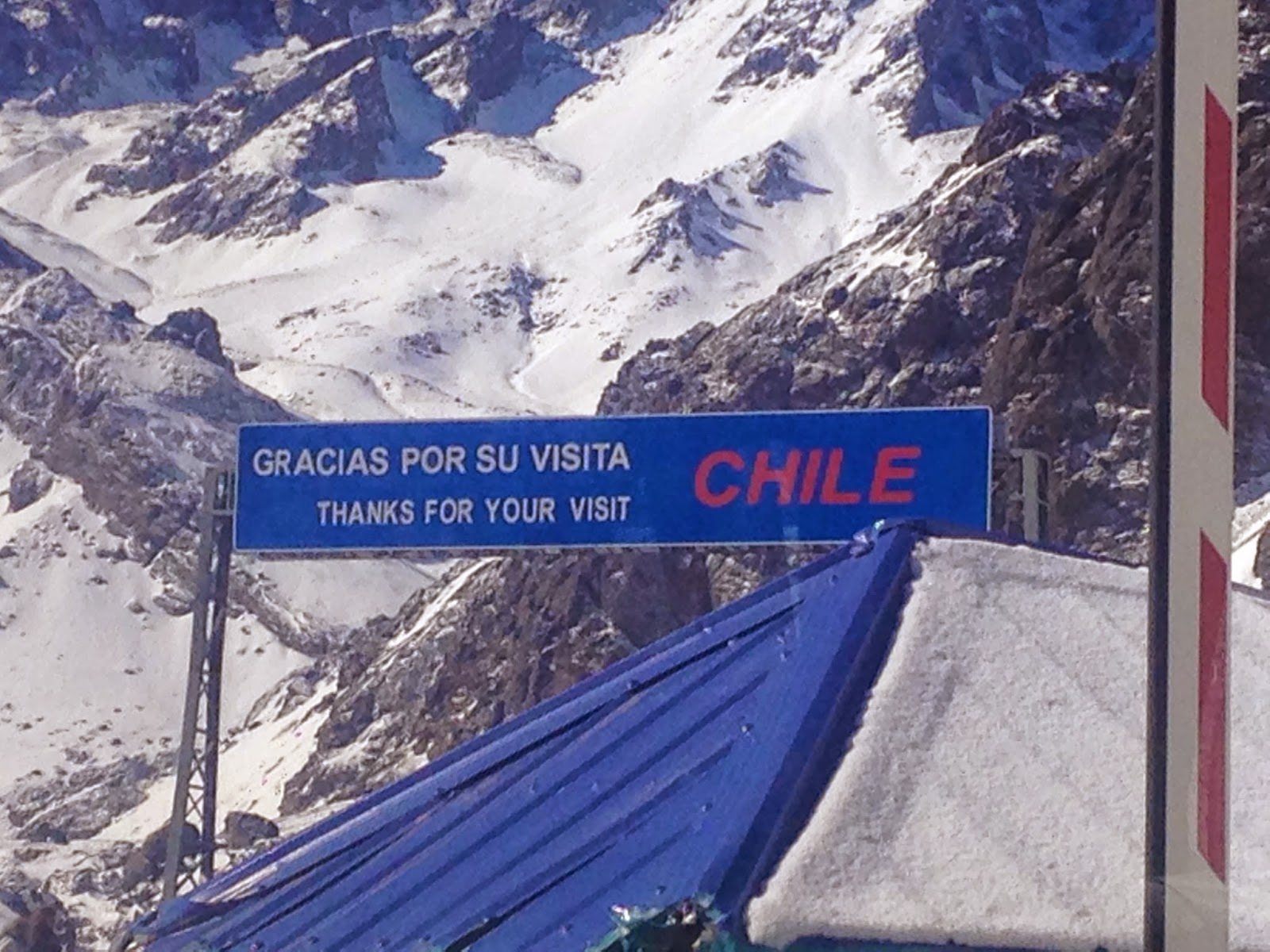 Passport control is at over 3,000 metres. In the winter, the pass is frequently closed because of the snow. We were lucky to get through on our first attempt. It was closed both the day before and the day after we went through. We were there for 6 hours though! 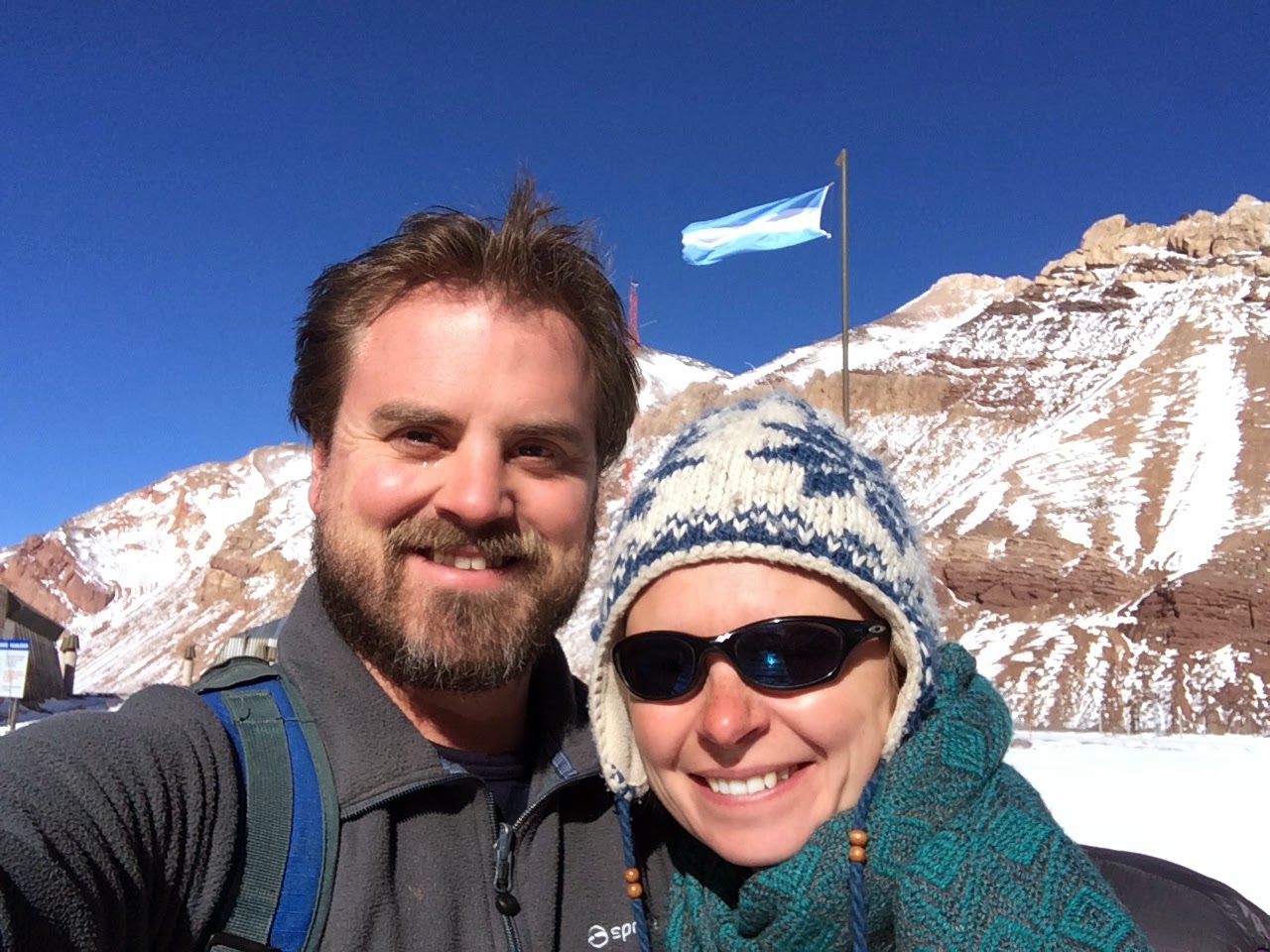 Just before we left Argentina, we went to see the two joining rivers that mark the frontiers between Argentina, Paraguay and Brazil. 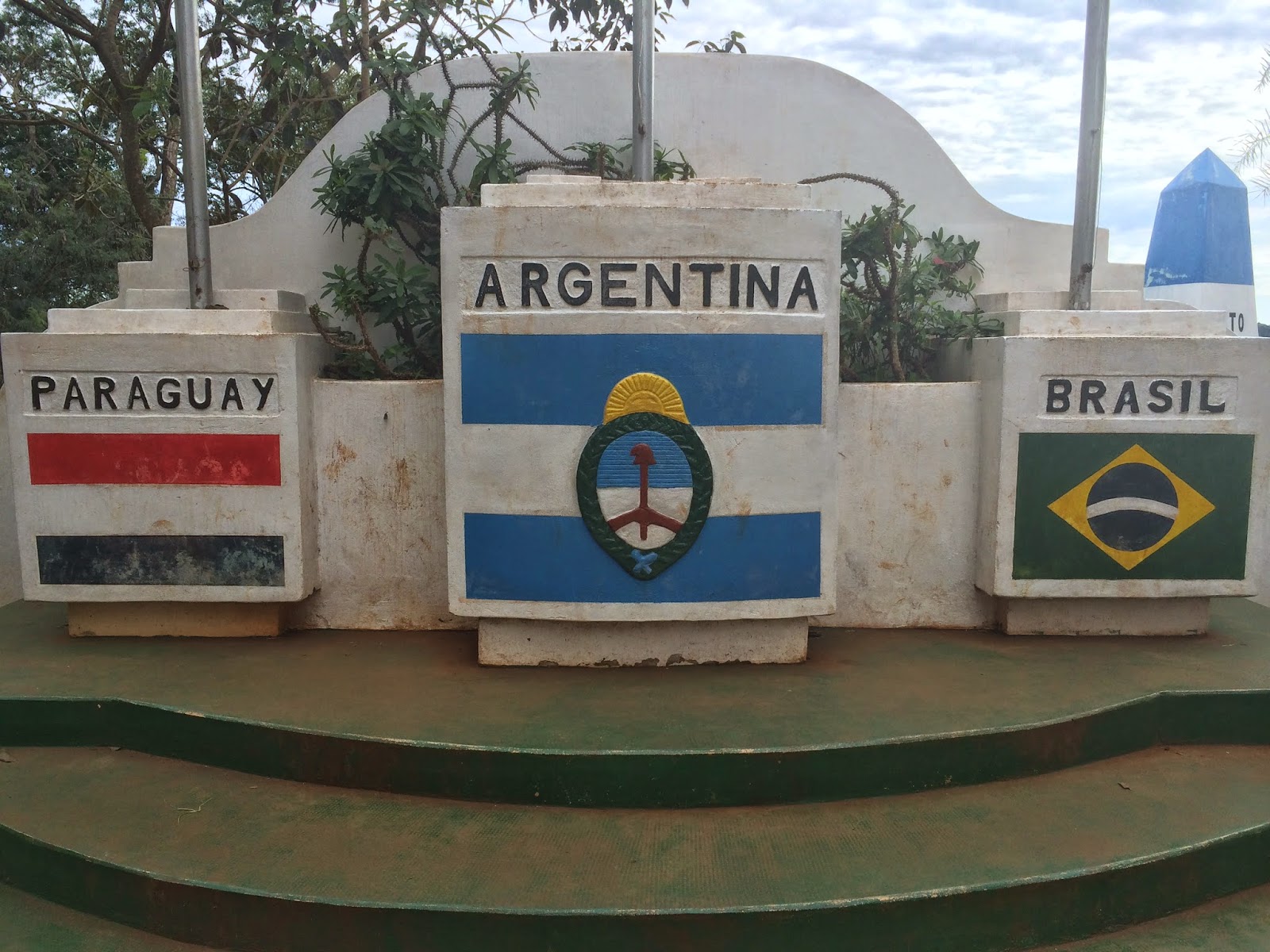 The picture below, taken from Argentina, shows Paraguay to the left and our next destination Brazil to the right. 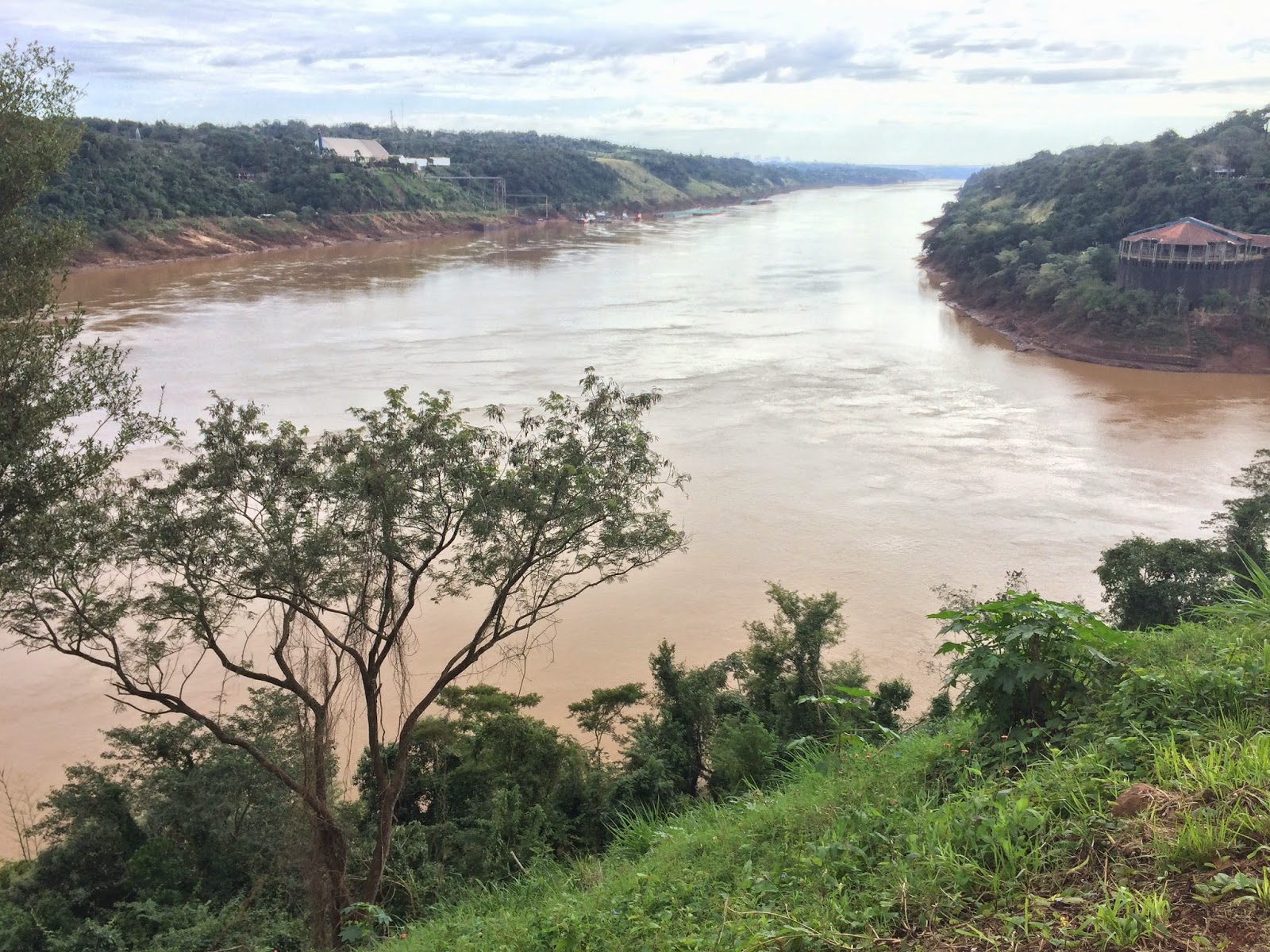 From Brazil, we flew to Colombia. From there we got a boat into Panama via the beautiful San Blas islands. It was hard to tell in the open sea at which point we crossed from Colombia and Panama, but was certainly an enjoyable way to cross the border. 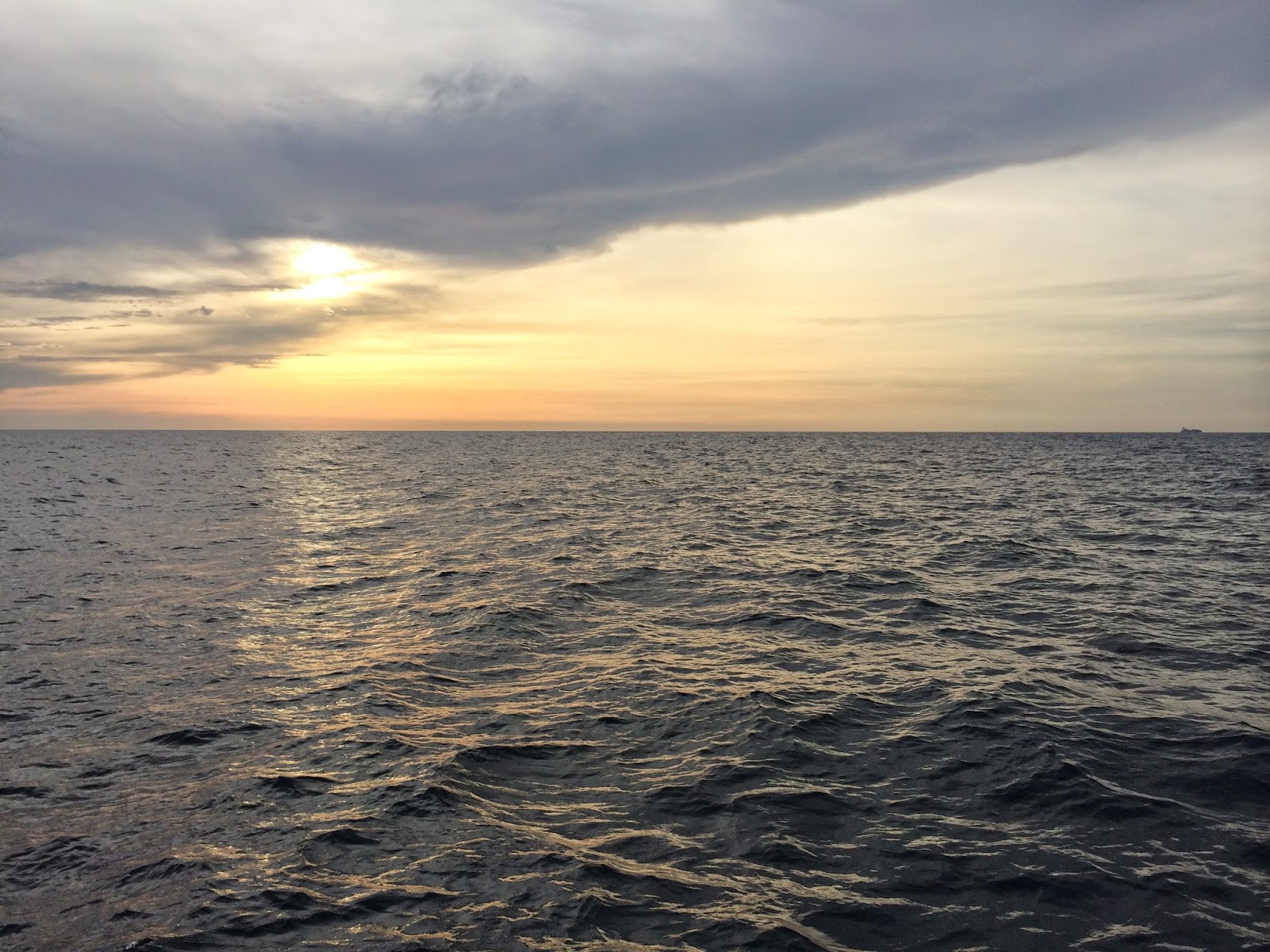