After our successful and sunny day in Rio visiting the sugar loaf and the Christ the Redeemer statue, the rest of our stay in the city was unfortunately very wet.


Rio is very much a city to be enjoyed in the open air. But no matter, with our long experience of rainy British summers to help us, we were determined to get the most out of our time in the city, even if we did get a bit soggy.

Ipanema and Copacabana
The upmarket area of Ipanema is most well known for its long sandy beach, divided up by lifeguard 'posts', which mark the areas of the beach where different subcultures hang out. Post 9 is where the beautiful people gather, while along at 10 sporty people play volleyball or football on the sand.


When we visited, the bad weather was keeping everyone away! While the rain stayed at bay for a couple of hours, we went for a stroll around Rodrigo de Freitas lake and pretended we were in the tropical sun by snacking on fresh coconut.

If it had been nicer, we may have hired a bike to cycle round the lake or a pedal boat to go out onto it. But it wasn't. So we didn't. Instead, we met up with Danish couple we met in the Pantanal for lunch, before heading back to our friend's flat to hibernate.

We returned to Ipanema on Sunday for the weekly hippie market, which is worth a look for the arts and crafts as well as the traditional food stalls, where the food is served up by women dressed in traditional Bahian dress.


Determined to see the beach, even in the rain, we also went for a walk along Copacabana beach and got this picture before heading back indoors to shelter.

Friday night in Rio means caprinha drinking in Lapa. Caprinhas are evil as they are sweet tasting, meaning that its too easy not to notice how much you're drinking.

After a couple of drinks in a samba bar, we went to see the Selarón steps, created by Chilean artist Jorge Selarón, who decorated the 215 stairs within tiles, ceramics and mirrors.

It’s a popular hang-out of an evening and right next to the iconic Arcos de Lapa, which started life as an aqueduct before being controverted to a viaduct for the Santa Teresa street car.


Under the arches of the 'Arcos', we ran into Steph, who we’d previously met in Puerto Iguazú. The night got a bit hazy after that in one of Lapa’s many clubs.

The arty area of Santa Teresa is found at the top of Lapa's Selarón steps.

The windy streets are full of arty shops and studios as well as interesting bars and restaurants. On a clear day, there would be impressive views across Rio from Santa Teresa (did I mention the bad weather?!)

The city's last remaining street car used to run up to Santa Teresa over the Arcos de Lapa. However, the street car or 'Bonde' was suspended in 2011 after a derailment killed 5 people.

A picture that started life as local graffiti doodle to commemorate their death has been turned into post cards and stickers and can be found all around the area. This one was stuck in the windscreen of a parked car.

Santa Teresa is also known for its street art. 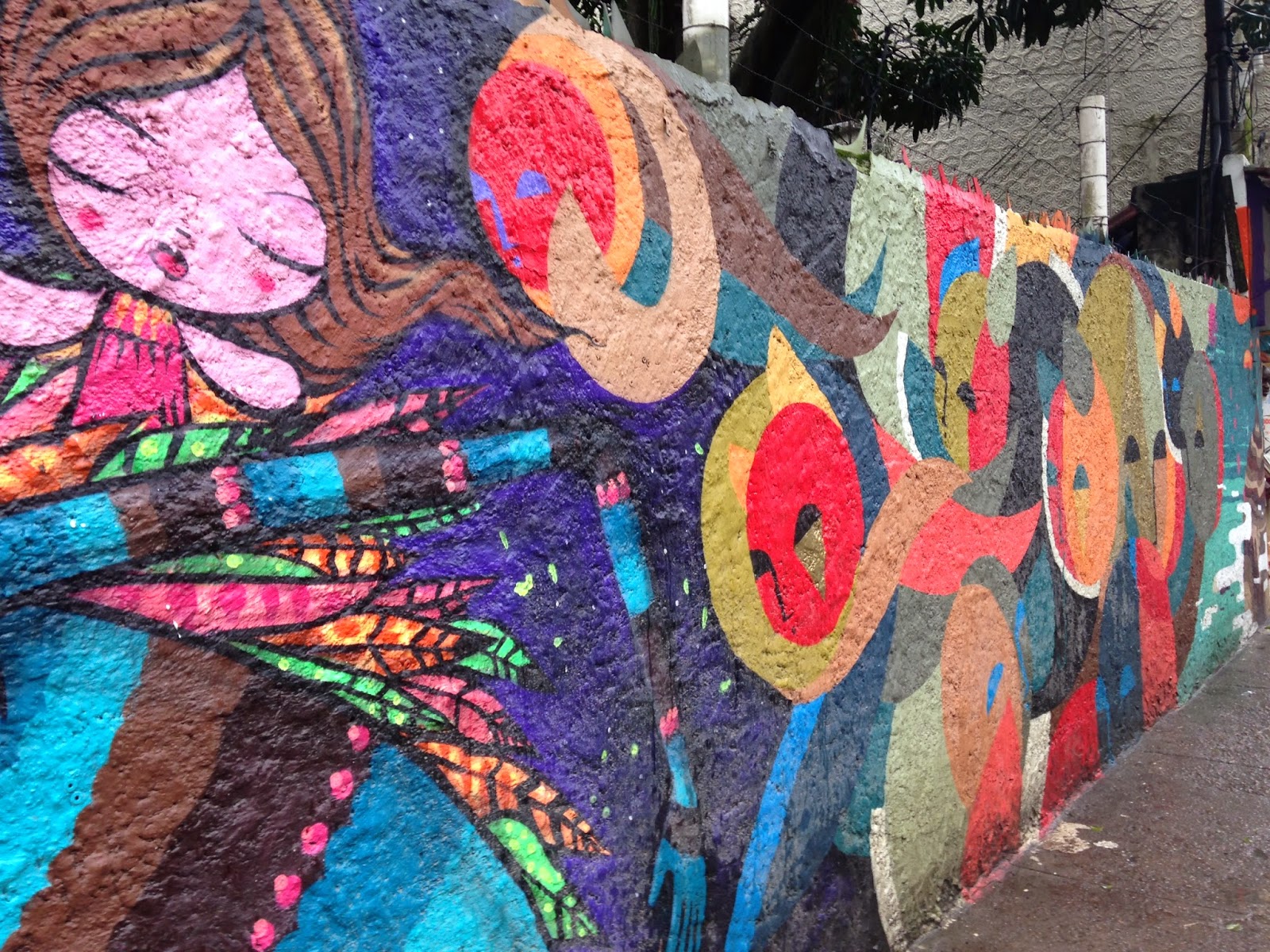 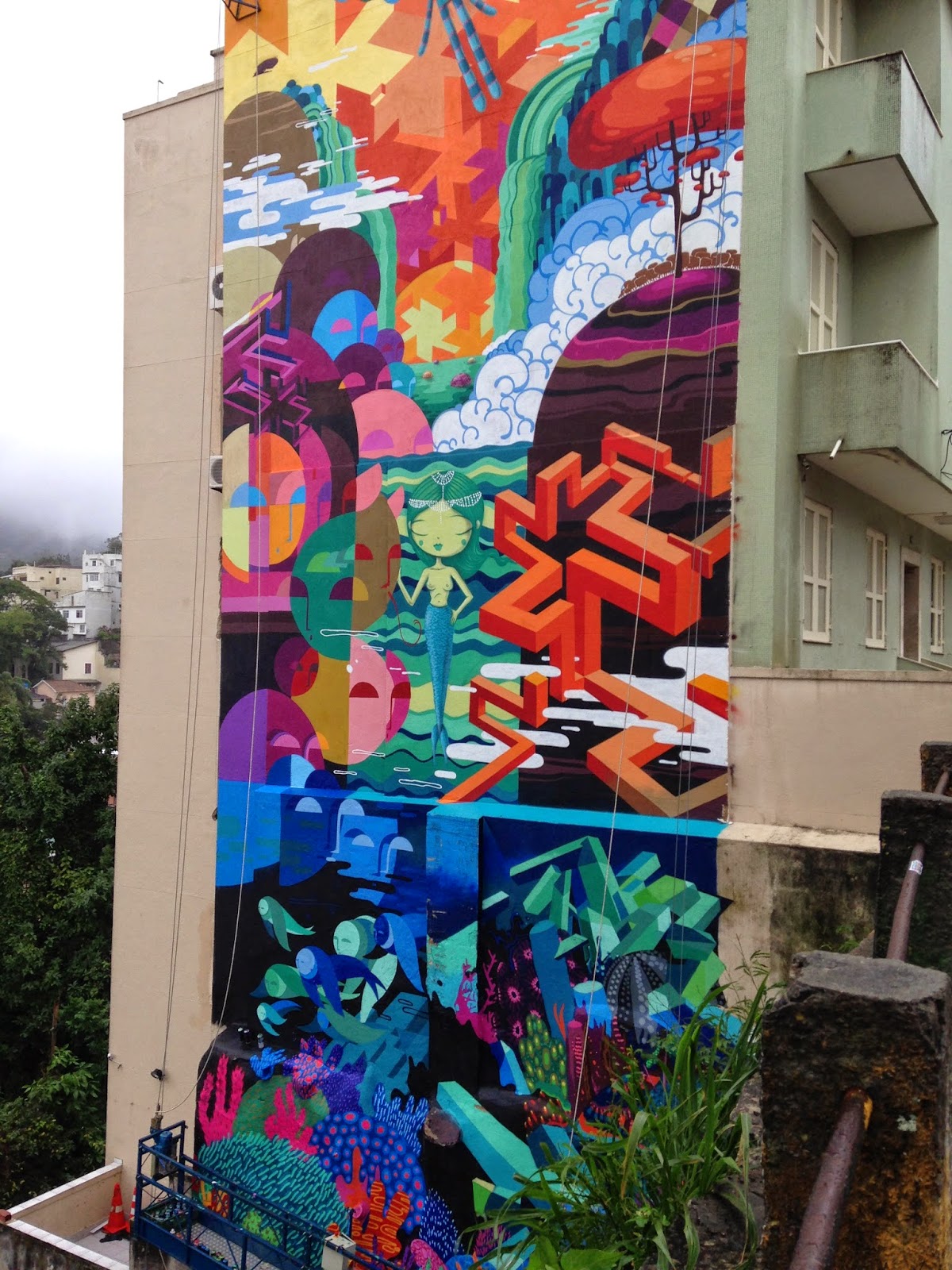 Despite the rain (and the slightly whingey tone of this post), we did actually have a very enjoyable stay in Rio. And we'd very much like to go back, but perhaps when its sunny to enjoy the city in its best!

Have you been to Rio? Were you able to make the most of the usually very good weather? Which neighbourhood was your favourite? Would you go back?