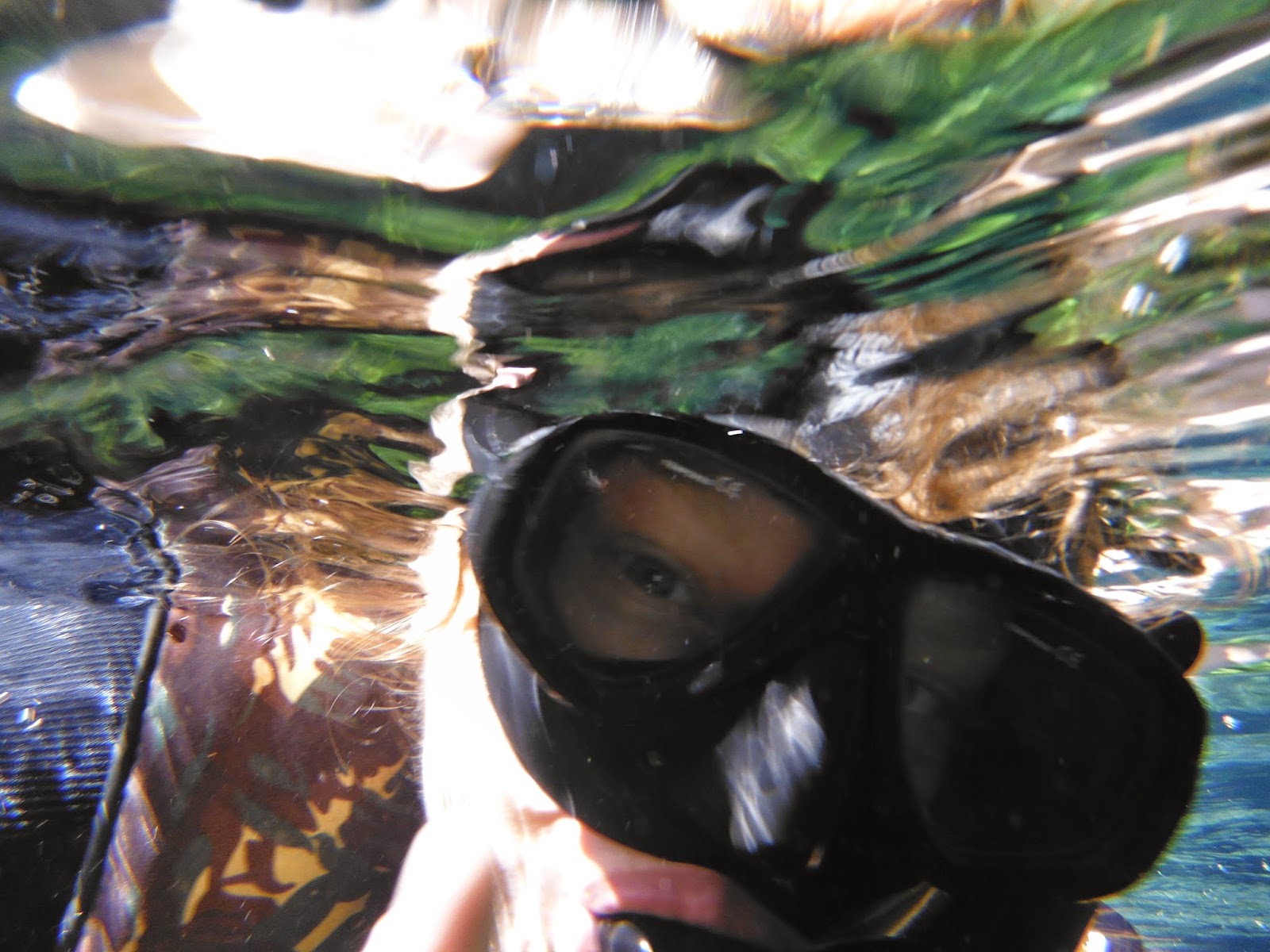 From the Pantanal, we headed to Bonito – a town known for its proximity to some of the clearest and most beautiful rivers in the world.

You climb in with a snorkel and just float down the river which is teeming with fish and plant-life (as well as the odd caiman – eek!).

It is much like climbing in to a giant aquarium in the middle of lush green jungle. 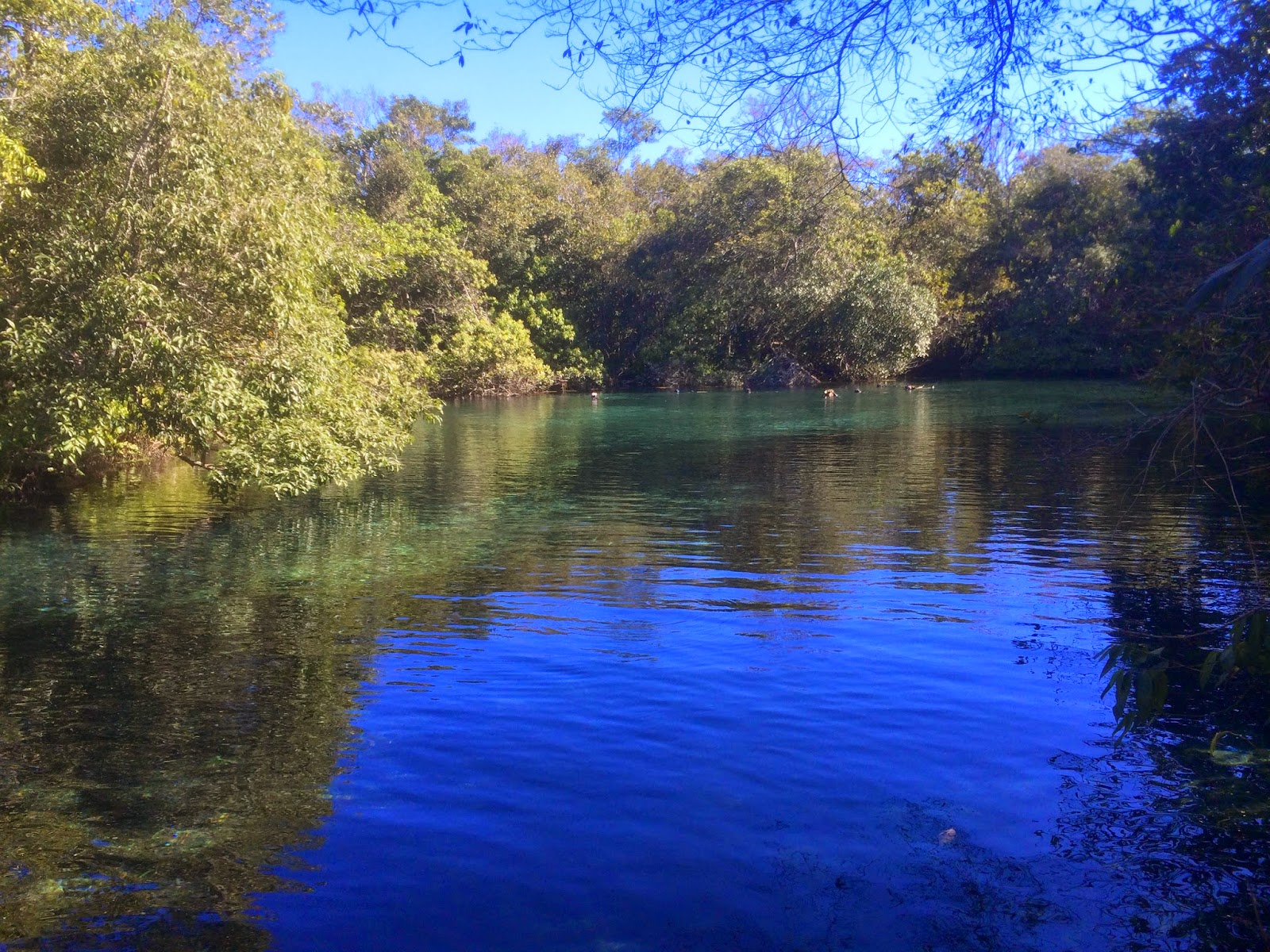 If you only have time (or the budget – activities in Bonito are pretty expensive) to do one thing, Rio da Prata should be top of your list.

After getting kitted up with a wetsuit and booties, you climb on board a jeep for a short drive and then a walk through a pretty wooded area for about 40 minutes before arriving at the start of your 'float' down the river. 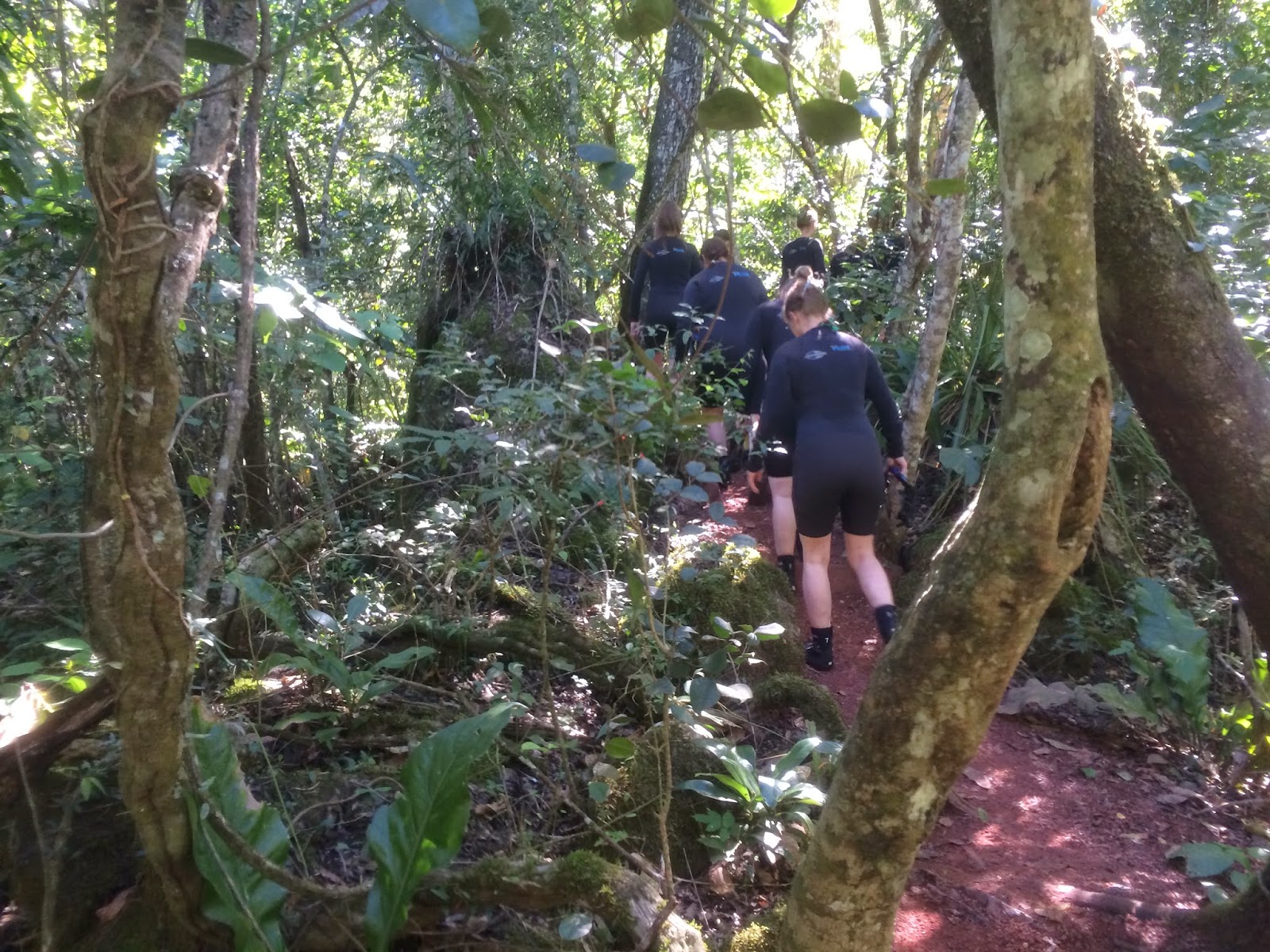 As well as the masses of fish (mostly dourado), our group also saw a caiman on the bank, one ahead of us in the water and a sea otter. 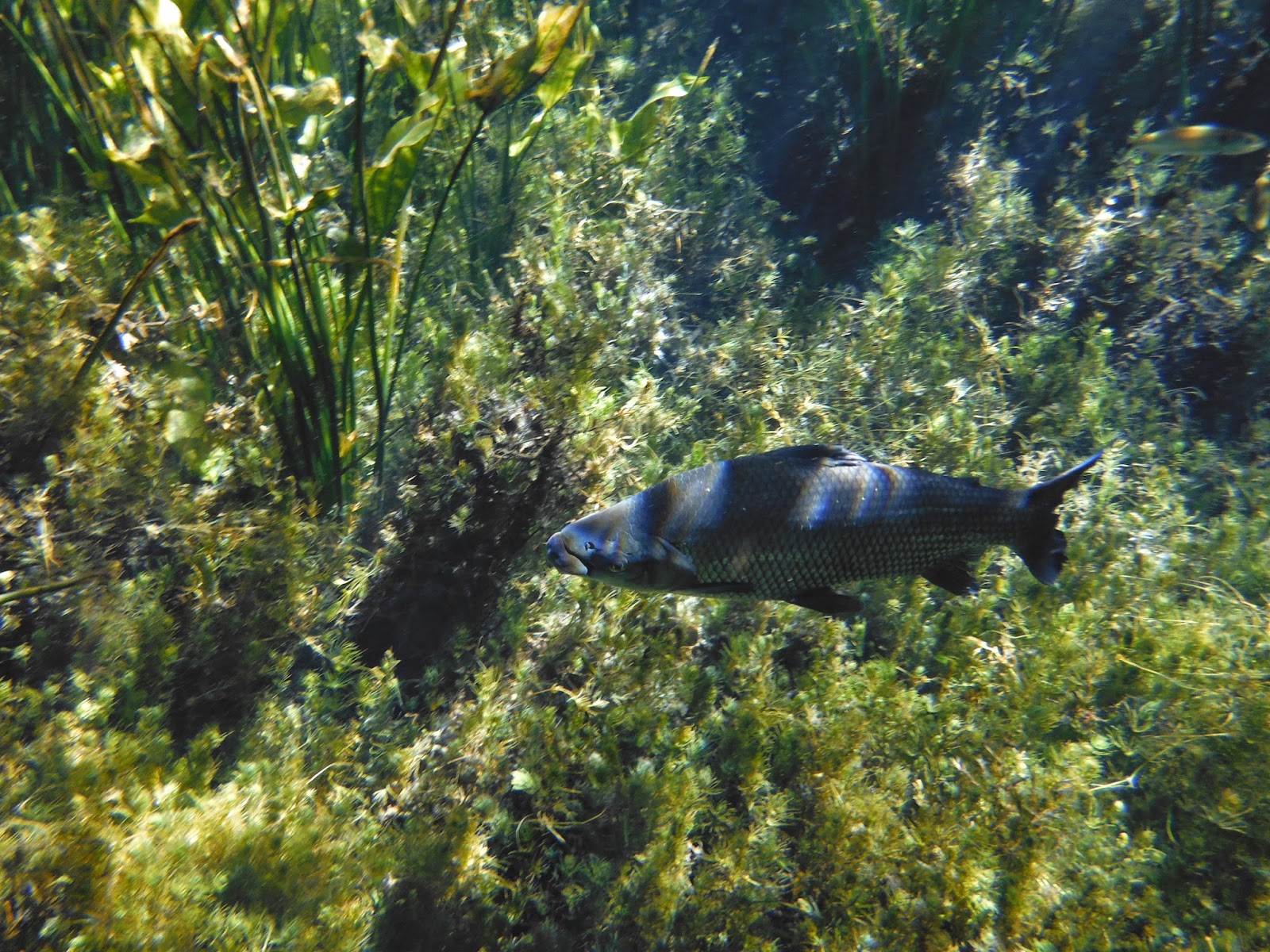 As an added bonus, we saw an anteater while driving in the jeep back to the entrance at the end of our float down the river. It was an incredible and unforgettable experience.

Lagoa Misteriosa
If you're a diver, you can combine your visit to Rio Da Prata with a trip to the Lagoa Misteriosa - a sink hole in the middle of the forest that is more than 200 metres deep.

I wasn't particularly attracted to the idea of diving in the sinkhole - I thought it would be cold and that there would be little to see. I did not feel reassured by the fact that when we arrived we were all given shortie wet-suits, while our guide had a fulI length suit and a hood.

He was quick to point out that he spent his whole day in the sinkhole, while we were only going in for 40 minutes.

I was wondering whether we'd made the right decision to come, when we came to a clearing with the sinkhole in the middle of the trees.

What a sight! It was a dark green-ey colour and mirror-like because of the clarity of the water. It also had steam rising from it, making it look quite mysterious - hence the name I suppose! 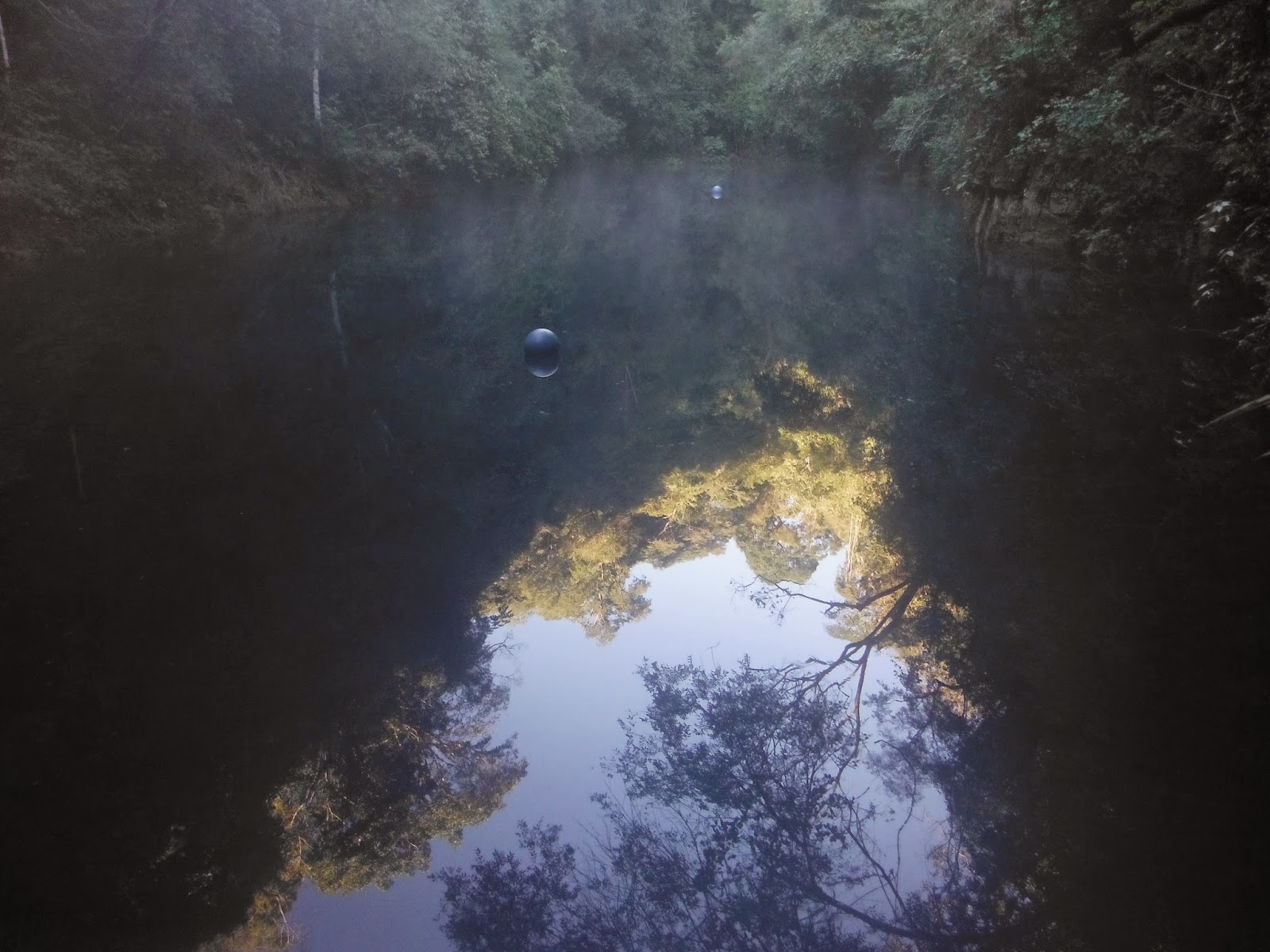 And when we dived down, while there was little life, the water was so clear that when you looked up, even at 25 metres you could see the green of the trees all around. It was really quite beautiful (and happily quite warm too).

I was very pleased that we added this on to our Rio Da Prata trip.

Aquario Natural
While in Bonito, we also went snorkelling at the Aquario Natural, which is very similar to Rio Da Prata. It's a bit smalller and so marginally less impressive, but still a great experience. Its also a little cheaper than Rio Da Prata and closer to Bonito. 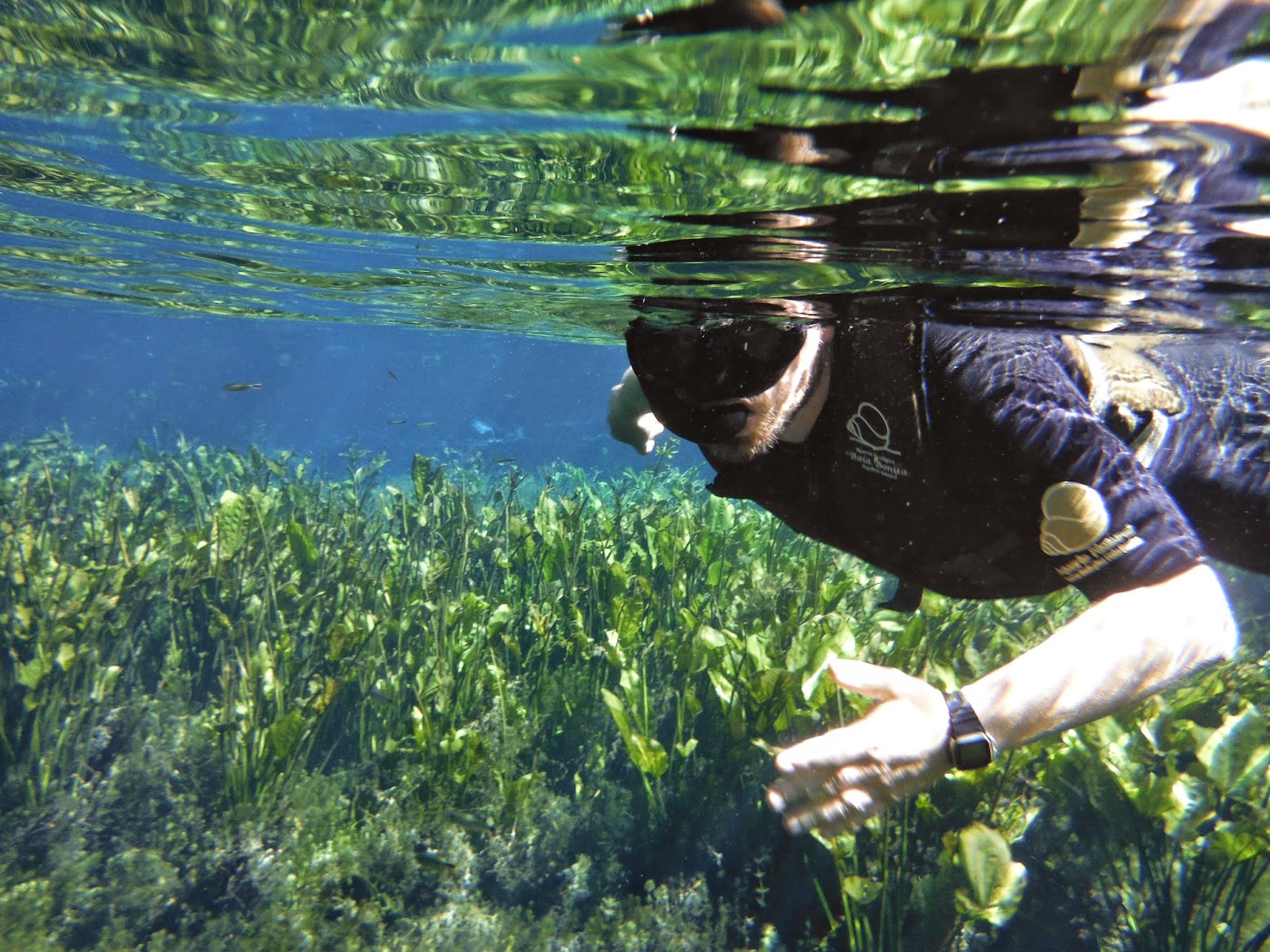 Aquario Natural also has the added extras of a short zipline into the river at the end of the visit, as well as the chance to spot peccaries and monkeys that hang around the reception area. 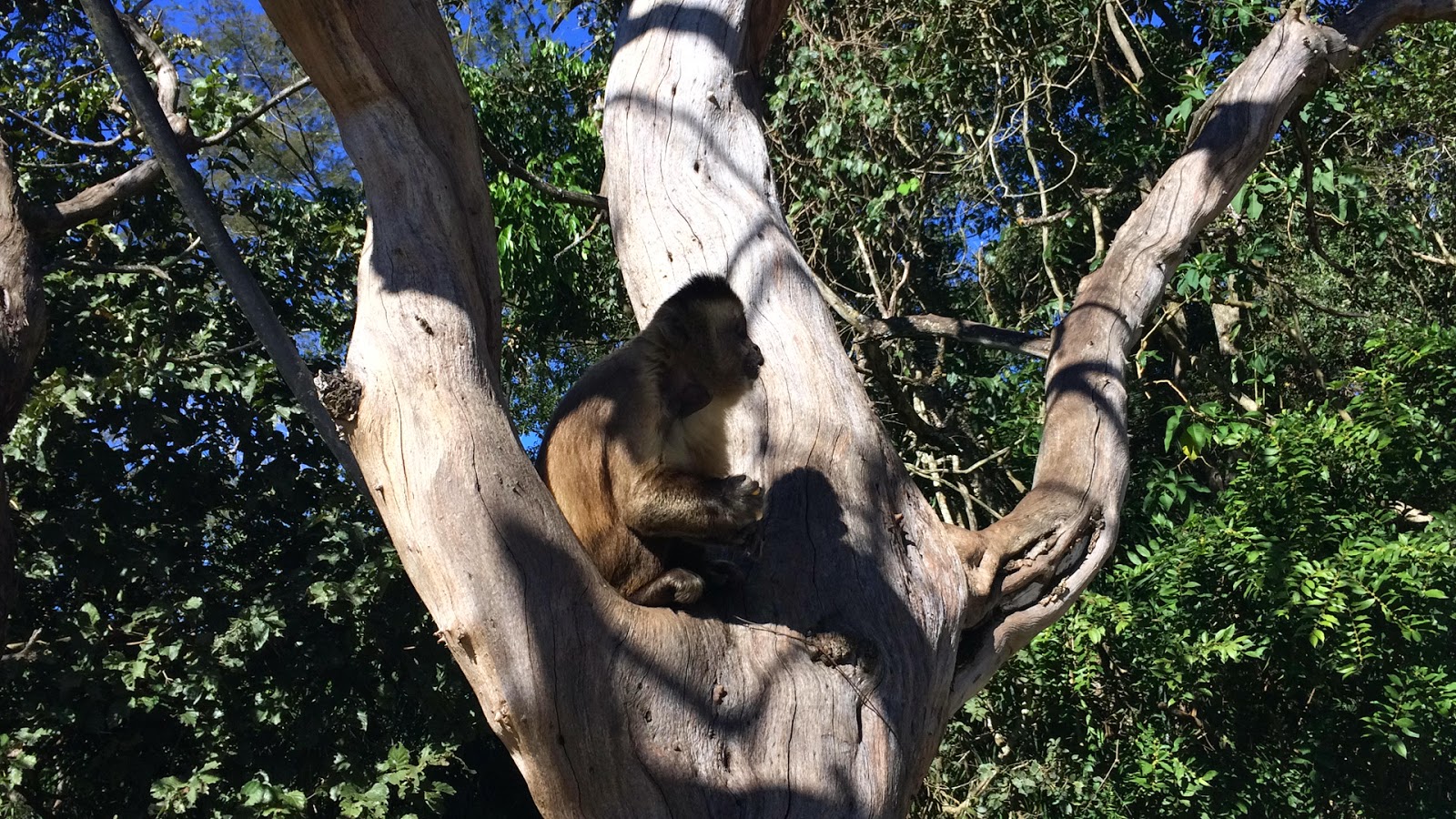 Bonito means beautiful in Portuguese and is a very apt name for the small town in Brazil, given the wealth of natural attractions that surround it. We enjoyed our visit and would recommend adding it to your Brazil itinerary (but take a waterproof camera that doesn't leak - oops).

Have you been to Bonito? What was your favourite activity? Do you have any tips for visiting the area?

Related posts
Jaguar
The rest of our time in the Pantanal
Rainy, rainy Rio
5 things every traveller to Brazil should know