Where we stayed: Peru

Lima: Most visitors to Lima stay in either upmarket Miraflores or slightly bohemian Barranco.  The old town is reportedly not very safe for tourists at night, although there are hostels and hotels there too.


We decided to stay in Barranco and loved the colourful buildings and relaxed atmosphere of the area. Miraflores was nice, but walking around the area you feel like you could be anywhere in the world, whereas Barranco felt much more distinctive.

Our hostel Barranco Backpackers was well located, in easy reach of the pathway down to the beach, local cafes and bars, as well as the clifftop walk to Miraflores.  It was a fairly standard hostel, but everything worked, there was a kitchen available to cook your own food (although not as well equipped as we’d have liked), decent wifi and the staff were very friendly and helpful. We paid $35 or £23 a night for a double room with a private bathroom, with breakfast.

For the location and the friendliness of the staff, we'd definitely go back.

Pisco: In hindsight, we might have stayed in Paracas rather than Pisco, as it right next to the harbour to get out to the Islas Ballestas and also well placed to visit the Paracas national park. Kokopelli, a chain of hostels in Peru has not long opened a new hostel there and has good reports. However, we did actually quite enjoy our stay in Pisco. We were about the only Gringos I saw out and about and we quite enjoyed our evenings joining the locals to watch a kung-fu film on the street and sipping Pisco Sours.

We stayed in the Posada Hispana hotel, just off the main square. The wifi worked and the rooms were clean. It had quite a hotel feeling to it rather than a hostel feel though and there wasn’t really anywhere to meet and chat to other travellers.  We paid about £15 a night for a double room with private bathroom (although we then had to pay extra for breakfast).

Huacachina: Our taxi driver recommended the Carola del Sur Hotel to us and drove us there. We paid about £15 a night and also booked our trip out into the desert on the sandbuggies (and also sandboarding) through the hotel for a pretty reasonable price. Unfortunately, there was no breakfast, no kitchen and you had to sit in reception to access the wifi. The rooms also didn’t have any windows. On the upside, there were tortoises roaming the ground and there is a pool!

I’d recommend shopping around more than we did, before settling on a hotel in Huacachina.

Nazca: While we didn’t actually stay in Nazca, the deal that we got from an agency in Huacachina meant that we could use the facilities of the Hospedaje Yemayá during the day while we were there. The owner Luis went out of his way to help us when we were there, booking us bus tickets to Arequipa for no charge and making sure we knew our way around. The hostel itself looked fairly basic, but clean and very friendly.

Arequipa: We were approached by a friendly student type in the bus station in Nazca who offered us a double room with breakfast in Arequipa for 40 soles a night (around £8). She said that if we agreed then she’d also arrange a taxi pick-up from the bus station for us, which we would have to pay for if we decided not to stay at the hostel. It seemed like a pretty good deal and we reasoned that we could always go elsewhere and just pay the taxi fare if we decided we didn’t like the look of the place. The hostel was called Marlon’s House. The room was spacious, the breakfast generous and the staff helpful. The location was pretty good too.

Cabanaconde: We stayed at a very basic hostel on the main square for 30 soles (about £6). However, when we went out for dinner, we found a gem of a hostel just off the main square called Pachamama. It was 10 soles more, but very cosy and with a nice vibe. We ate there and the pizza was delicious! The staff there were also very helpful and they accepted visa!

The Oasis down from Cabanaconde: We spent two days in the Colca Canyon, which included a night in a pretty oasis town at the bottom of the canyon.


The accommodation in the Oasis was pretty basic, but it was clean and it did us for the night. 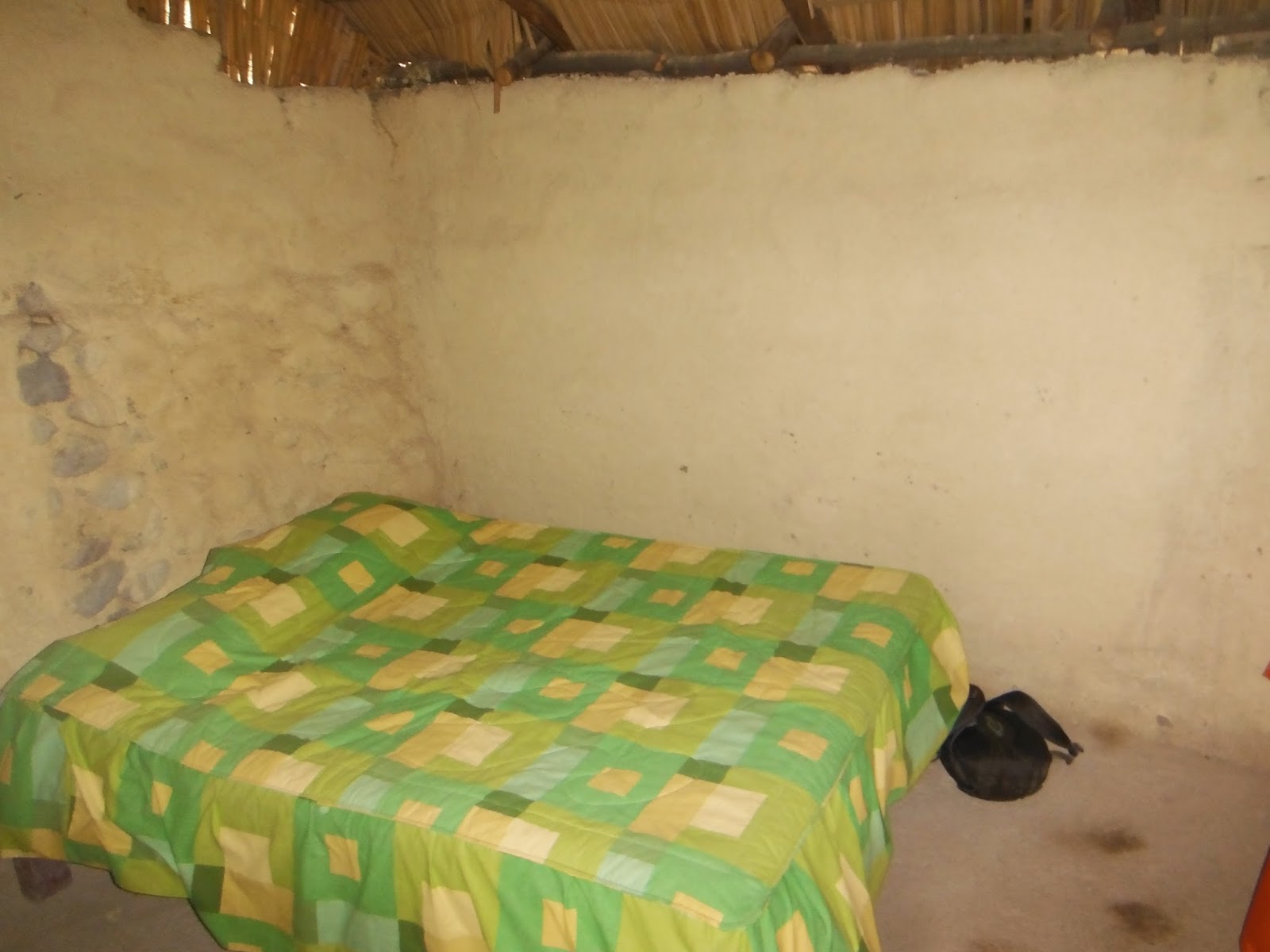 Cusco: In Cusco, we stayed for around 5 nights in Kokopelli and as we hadn’t booked in advance, we had to move rooms several times. We stayed for two nights in one of their very well thought through dorm rooms. It had a curtain you could pull across for each bed. There were big lockers that you accessed from the bed and could pretty much fit in a big rucksack. There were also powerpoints in the lockers so you could charge your electronics in a locked cupboard. We also stayed in two separate private rooms, which were well decorated and hidden away at the back of the hostel away from the bar.


The hostel itself was a nice mix of being friendly, but not too much of a party hostel and it was in a great location. We'd definitely go back.

We had to change hostels, as we wanted to stay an extra night, but there was no room left at Kokopelli and so we moved to Frankenstein’s. The owner of this place was lovely and really helpful. We enjoyed our stay there and it was cheap. The décor might be a little bit too weird for some and the hostel is fairly  basic, but it was good value for money and we would go back.

Puno: We stayed at Pirwa Backpackers, as we’d heard good things about some of their other hostels and didn’t have any other recommendations for Puno. I’m pretty sure we were the only people in the whole place, while we were there, so not great for meeting people! The room was nice though and kept warm with a heater and extra blankets, which were much needed on a cold Puno night.

Have you been to Peru? Do you have any recommendations for where to stay?
Posted by Sarah at 00:30