Trying to escape from San Pedro de Atacama! (And why you need patience if travelling through Argentina and Chile in winter) 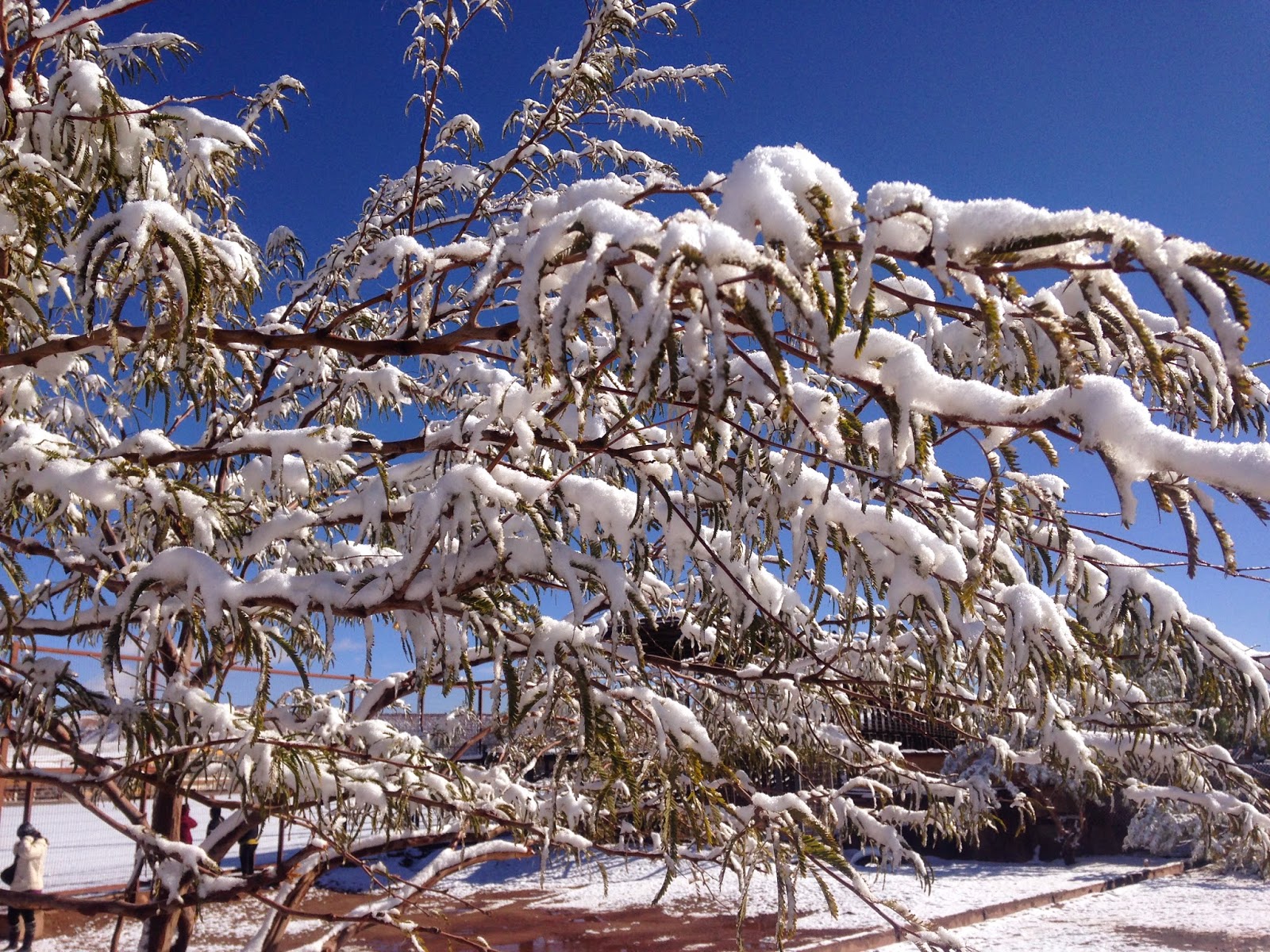 Now don’t get me wrong, we liked San Pedro de Atacama. We really did. But we also very thankful to get away! Some of our bad luck from the salt flats tour lingered
on and not only were we forced to stay an extra couple of nights, but we also had to change our travel plans. 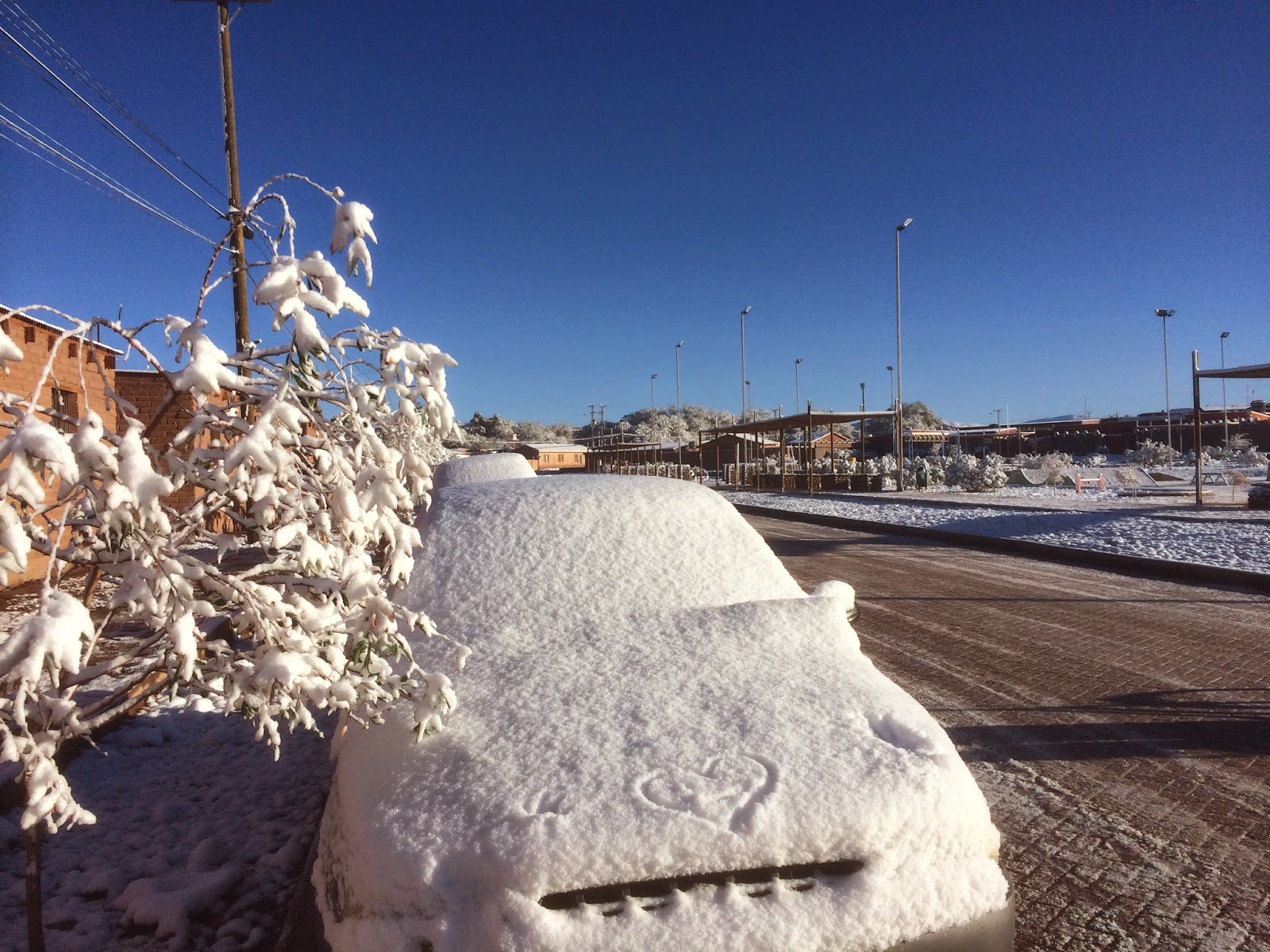 We managed to get stuck in a snow storm in the driest desert in the world! We had planned to go on to northern Argentina from here and drive around the beautiful Quebrada de Huamahuaca.

However, snowfall in the mountains shut the border crossing into Argentina and the lady in the ticket office said it was not likely to open for at least another 4 or 5 days. So we decided to stay in Chile a little longer and head south to La Serena and the Elqui Valley (which would mean we wouldn’t have to go over the mountains).

But, we didn’t count on there being a snow storm in San Pedro itself. It started with a sandstorm in morning, which ensured we spent most of the day indoors.

After the sand storm, it started snowing, so we headed back to the bus ticket office to check that the bus was still going. Assured that it was, we went to the terminal at 9, but while we managed to actually board the night bus to La Serena, we had to turn round after less than half an hour, because the road was too treacherous. 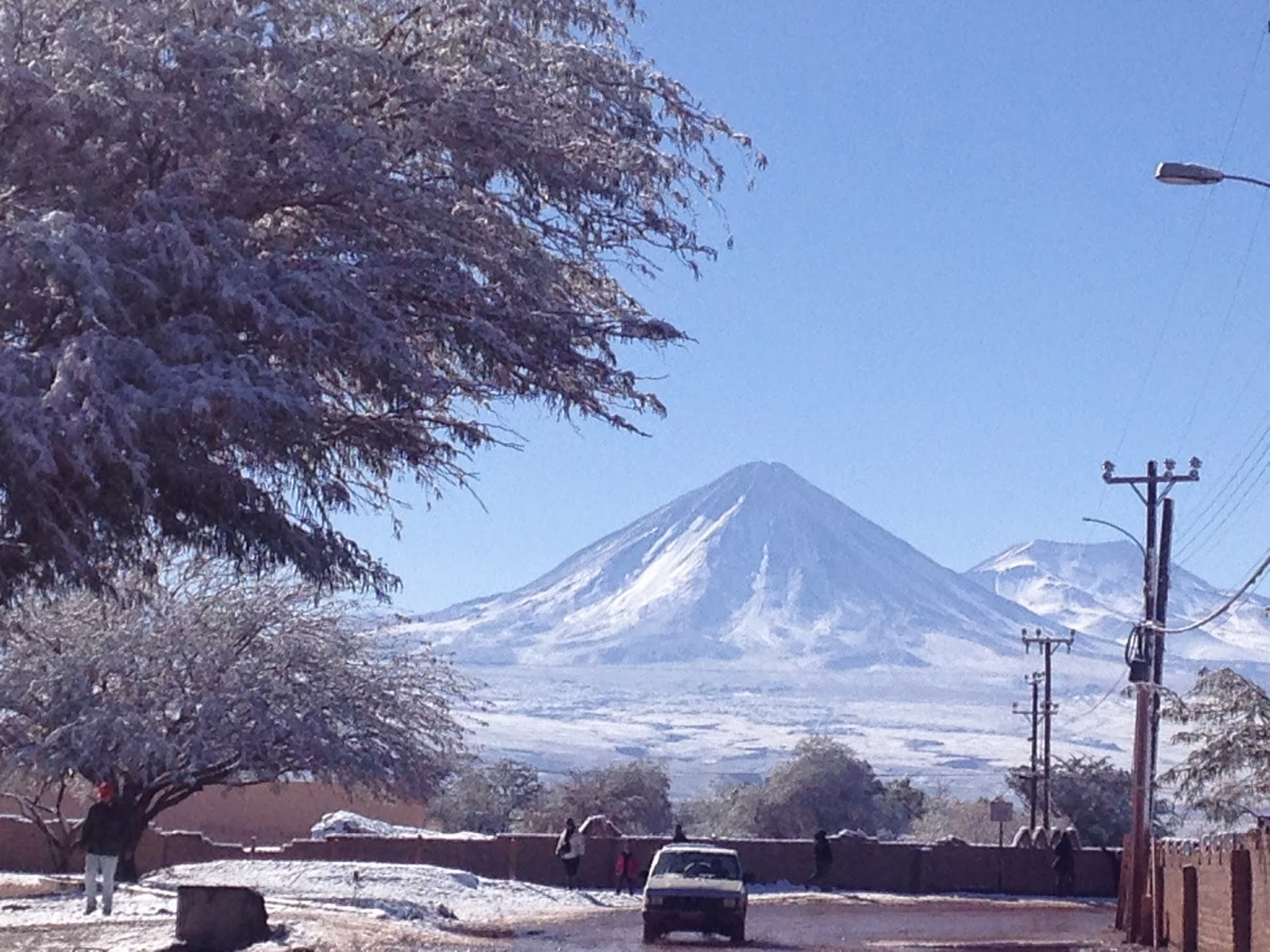 So at around 10.30 at night, we trudged back into town to stay in the town that we didn’t seem able to leave. 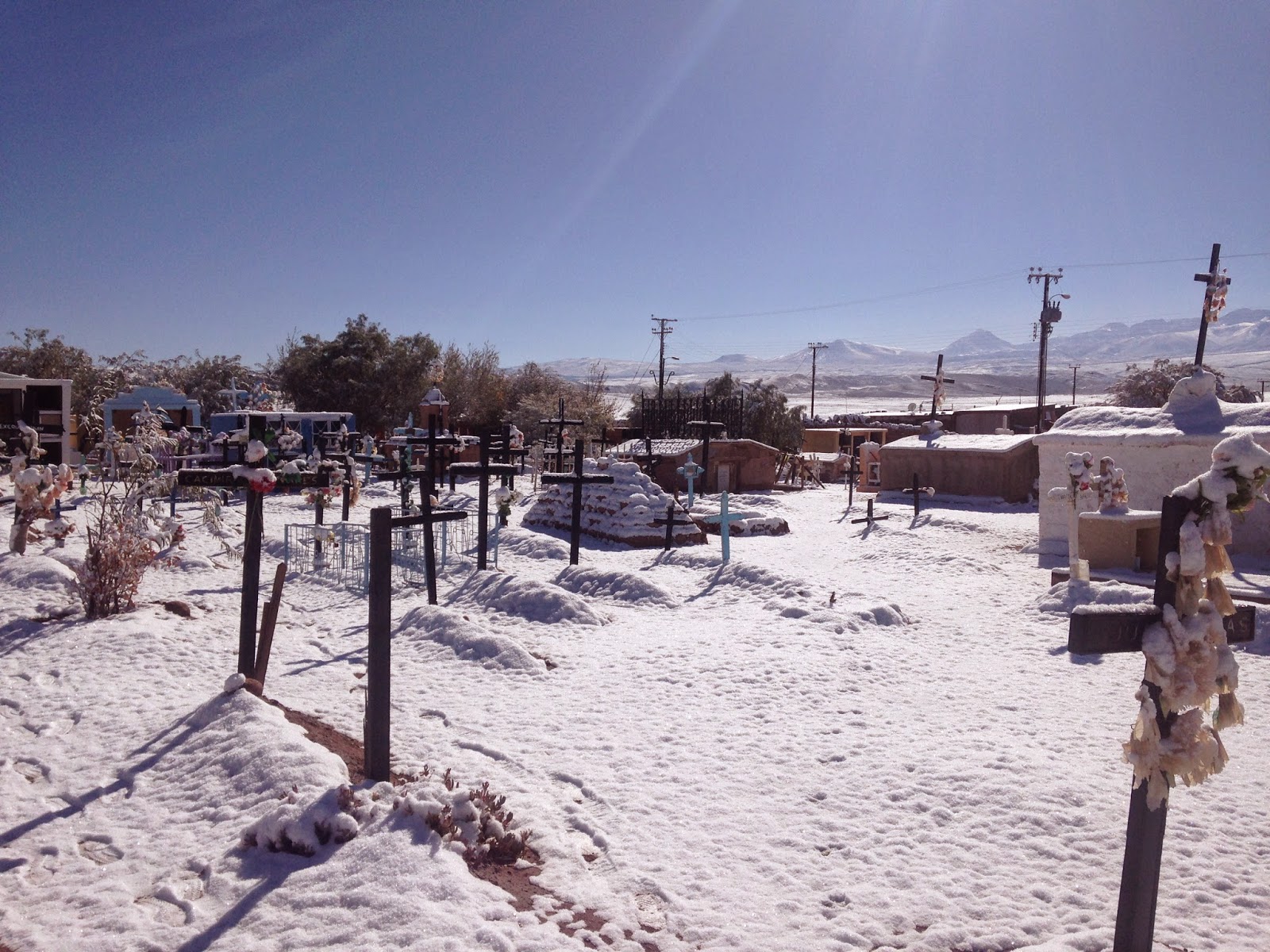 The staff at the bus station told us to be back at 7.30 the next day because as soon as the snow melted the bus would be gone. We did as we were told, but there was no sign of any staff when we arrived the next day and it seemed unlikely that the bus was going to leave any time soon. 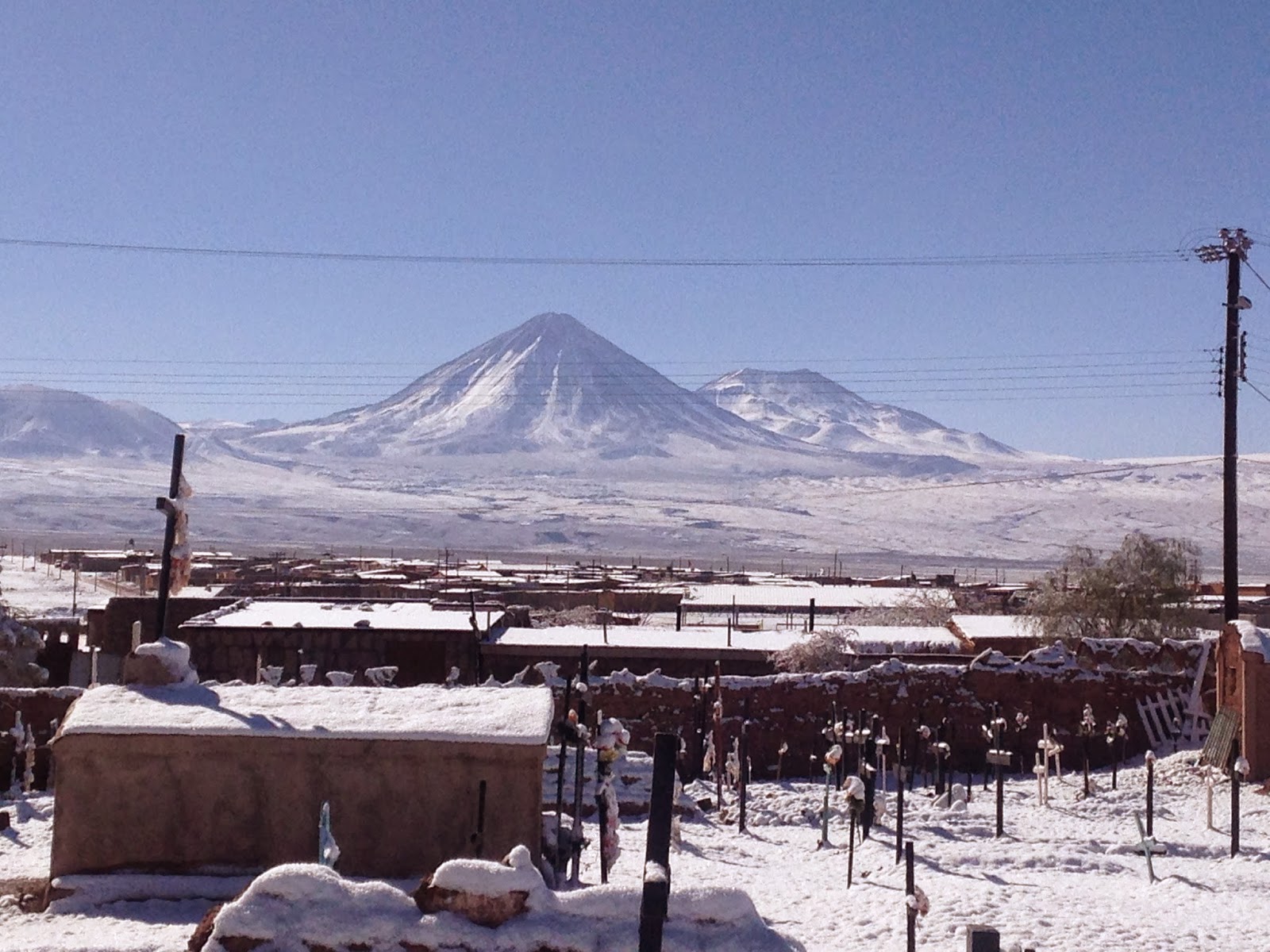 Eventually, we were told that it wouldn’t leave until midday, so we headed back to our hotel to enjoy the breakfast we thought we had missed.

We then took the opportunity to walk around the town and take some photos of a town very rarely coated in snow, before finally escaping in the early afternoon.

Being stranded in San Pedro wasn't so bad - its a great place to be. We just hadn't intended to be there so long! 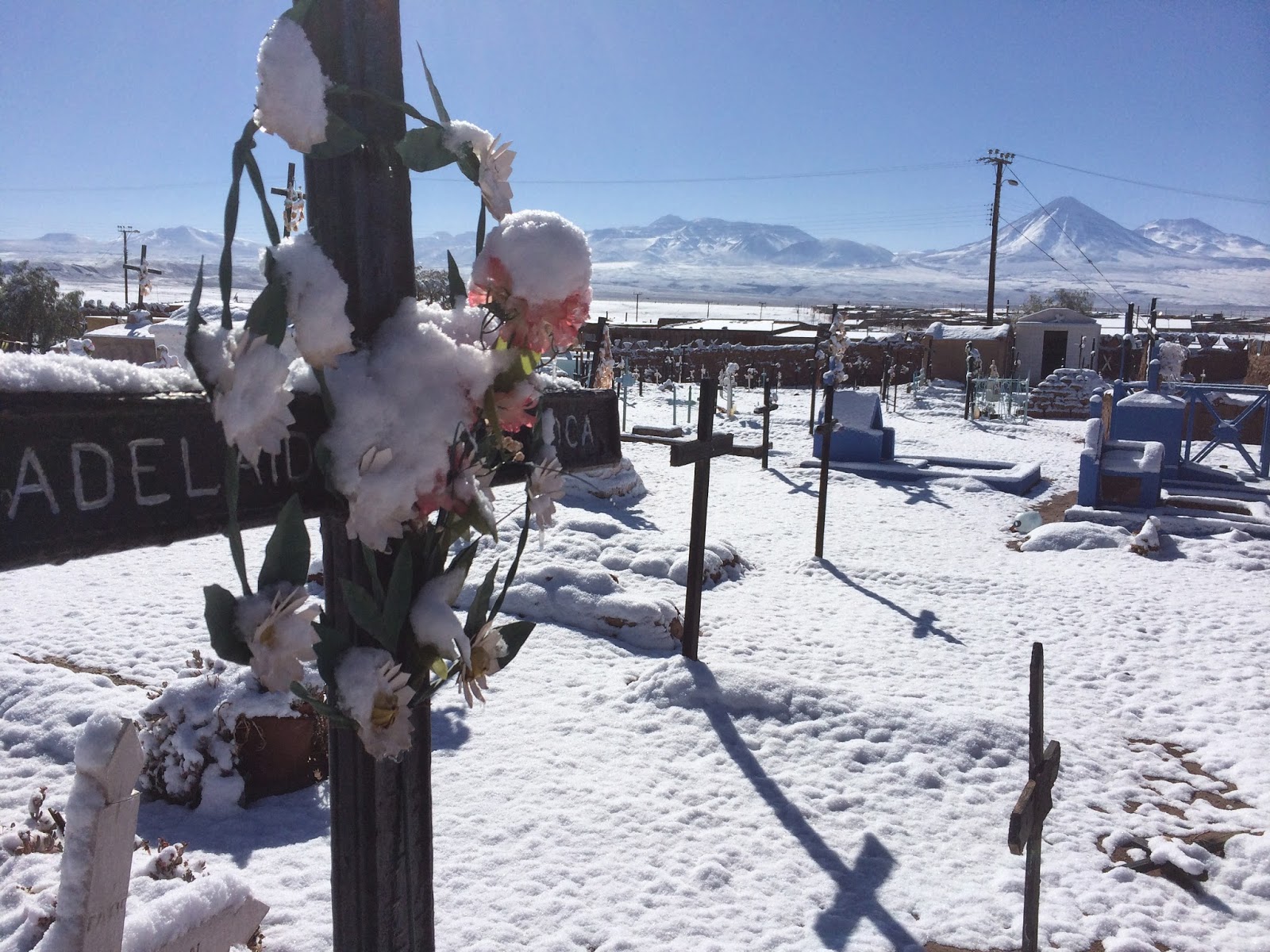 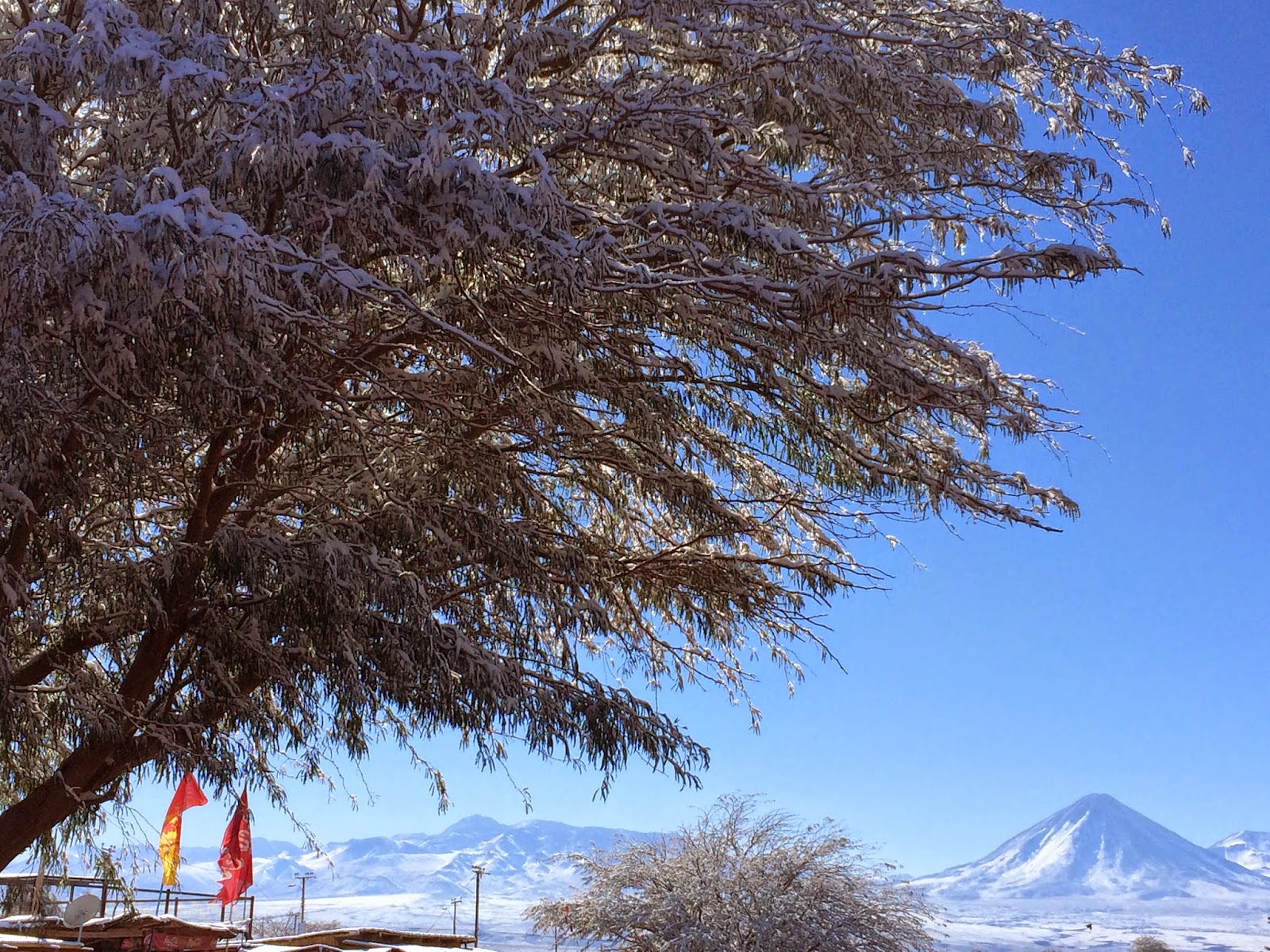 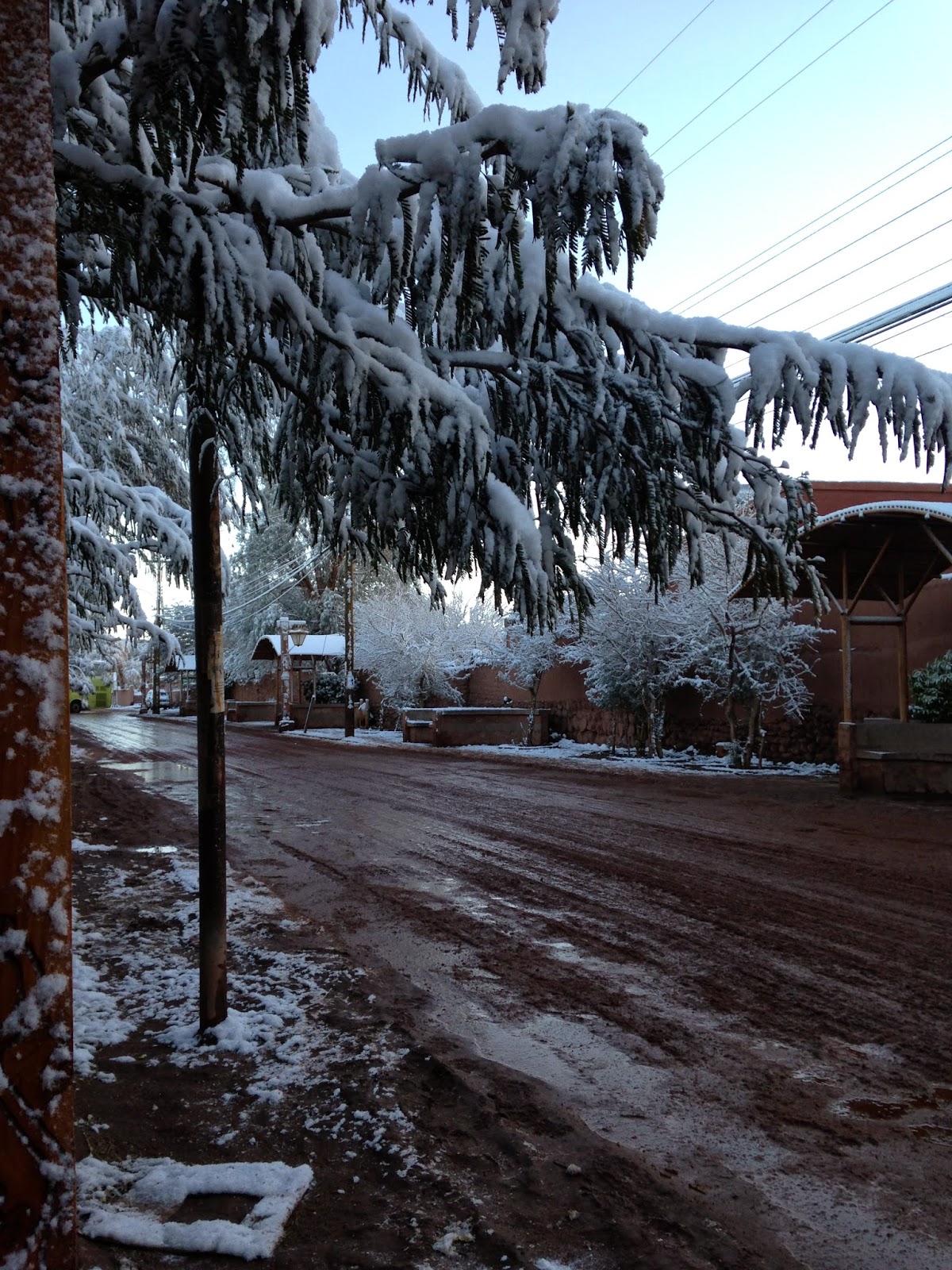 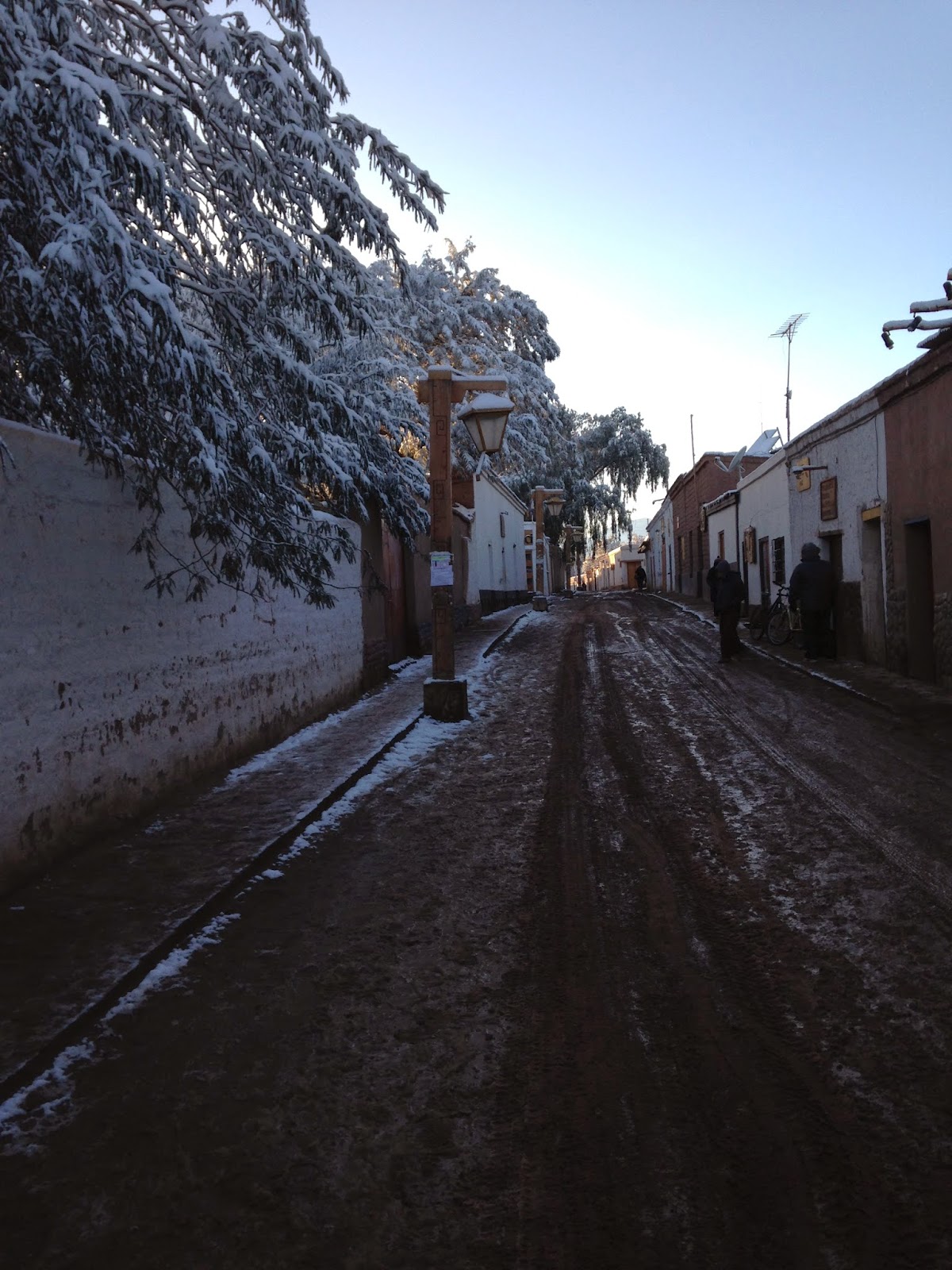