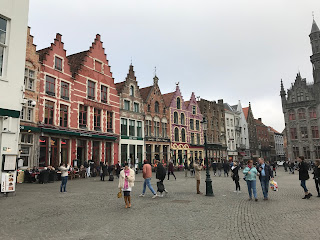 We very much enjoyed our weekend away in Bruges. While we were there we learnt some interesting things about the city and its inhabitants - both historical facts and more recent curious developments.

Which of the below did you know? Do you have any more surprising Bruges facts to share? Please include them in the comments below!

1) Underground beer
Belgium is well known worldwide for its beer, but a brewery in Bruges has the most unique way of transporting the brown stuff. 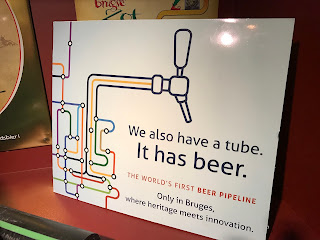 De Halve Maan (the half moon) brewery has built a pipeline from its Bruges brewery to its bottling plant 3 kilometres away. The brewery was facing criticism as beer lorries struggled to get down the narrow streets to transport the beer. There were suggestions that the brewery should move out of its central Bruges home.

However, beer has been brewed on the site of De Halve Maan since 1564 and, until very recently, it was the only brewery left inside the city walls. The current owner didn't want to lose that historical connection with the city and came up with a unique solution - a pipeline! 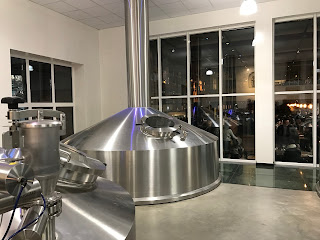 Completed in late 2016, it takes forty minutes for the beer to make the journey along the pipeline, which cost 4 million euros to build.

Part of the funding for the project was raised through crowdfunding. Those who paid a 7,500 euro contribution to the pipeline receive a bottle of beer a day for life!

2) A foolish people?
Sticking with the Halve Maan brewery, their main brew is called 'Brugse Zot' or Bruges fool, apparently because Bruges residents are known as Bruges fools. 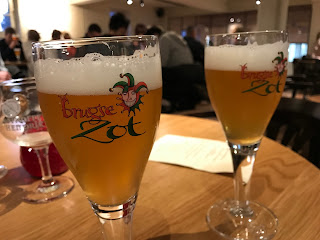 Legend has it that this nickname came after a visit by their ruler the Archduke Maximilian. They has organised a merry parade and party for his visit. But perhaps, with all that delicious local beer flowing, it got a little too merry and a little out of control.

Towards the end of the party, the residents of Bruges asked Max for money to help them build a new asylum. His response? "Today, I have seen nothing but fools. This city is one large madhouse". So he gave them the money they wanted but also a new nickname too!

3) Bring back the golden dragon!
Atop the belfry in Ghent is a golden dragon that residents of Bruges insist is stolen from their city following a battle in 1382.

The dragon was apparently taken out of the city on the back of a Bruges donkey, whose loyalty to the city made him stubbornly unwilling to go with the Ghent(onians?), until they showed him what for by horribly burning his eyes out. A street in the city, blind donkey alley (Blinde Ezelstraat) commemorates the poor beast.

To this day, Ghent football fans taunt their Bruges rivals by calling out 'we've got your golden dragon'.

4) The mystery of the disappearing black swan
Bruges is apparently well known for its beautiful white swans. I say 'apparently' as they were nowhere to be seen when we were there. They were in quarantine, as there's some bird flu about.
Also not there during our stay was the black swan of Bruges, who caused quite the controversy a few years ago. The black swan appeared in the canals and a debate started around whether or not (s)he should be allowed to stay.

The authorities, accused of racism for taking against the swan, unsuccessfully tried to catch it, but it did subsequently disappear. What happened to the black swan remains a mystery.

5) No men allowed!
One corner of Bruges is out of bounds to men after 6.30pm. In Belgium in the 13th century, groups of women - often those who had been widowed by war - founded 'Béguinages'. These were enclosed communities designed to meet the spiritual and material needs of these women. 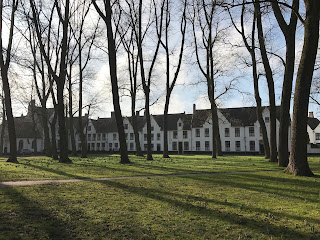 Today the houses of the beguinage in Bruges are well maintained.  A group of nuns live in some of the houses in the enclosed area, while other houses offer social housing for women who are by themselves.

It’s a beautiful area and really peaceful, but men beware! You are allowed to visit during the day, but you need to leave by 6.30pm!

Have you been to Bruges? What did you think? What fun facts have we missed?