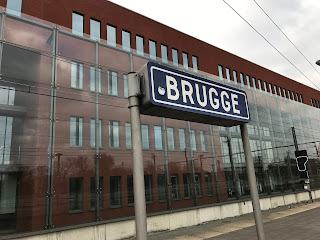 I'm not quite sure how we started it, but James and I alternate organising Valentine's Day and this year it was my turn.


Feeling generous (and wanting a weekend away myself!), I went big this year and organised a surprise mini-break to Bruges. Hopefully, this has set me up well for next year ... ? Watch this space. 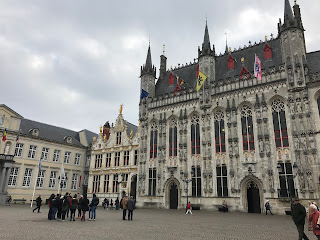 I'd had to tell James we were going away, as I'd booked an afternoon Eurostar and so he needed to get the afternoon off work (and he needed to pack!).

As a decoy though, I told him to meet me at King's Cross, rather than St Pancras station across the road and managed to both locate and secretly steal his passport! It worked and he was very pleasantly surprised to find us heading towards the Eurostar.


I've hardly ever taken the Eurostar, but was pleasantly surprised by the price. Our ticket from London was only £30 each. The return was double that, but I still overall pleased with my £90 return tickets - you rarely get that good a price on budget airlines these days. 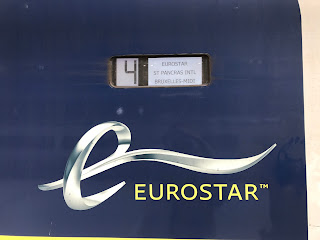 Interestingly, tickets to Brussels include one onward journey within 24 hours of arriving in the capital. So our £90 each took us all the way to Bruges and back. The overall journey time from St Pancras to Bruges is around three and a half hours, allowing for time to get to your Bruges train in Brussels-Midi station and the hour's journey from Brussels.

So what did we get up to while we were there?
Friday
Friday night started off very well. I had researched vegetarian friendly restaurants beforehand and booked a table at the lovely Réliva restaurant. 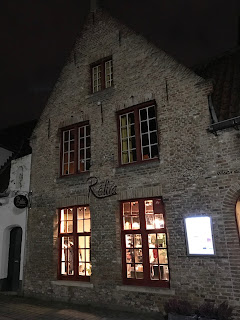 The restaurant serves meat and fish, but has fantastic vegetarian and vegan options. It also offered wine pairings with each course, which we decided to go for. Well we were on holiday. 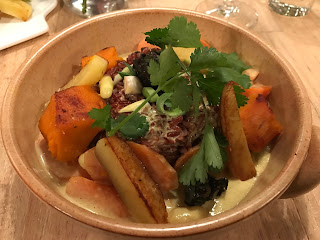 After getting our fill, we started to wander back to our hotel, but stopped off for our first beer of the weekend at a bar in the streets of Markt Square. We went for a local Brugse Zot - a crisp blonde beer. It was not our last.

Saturday
Saturday morning, we started out into town for some proper exploring and to begin scoping out chocolate and beer shops. We also found some other quirky and interesting shops along the way - it wasn't just beer and chocolate! There was also a great gin and whisky shop! And cakes too... 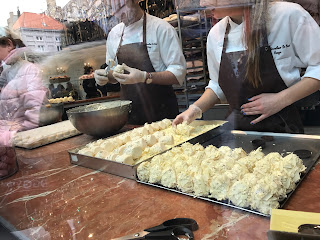 After our wander, we found ourselves in local fast food shop, trying out some delicious Belgian chips, which came with a huge selection of sauces. 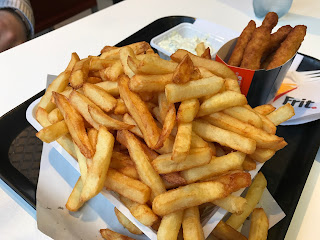 In the afternoon, we joined the 'free' walking tour, which meets in the main square. We've gone on these free tours throughout the world. And they aren't really free. You just decide what to tip the guide at the end. 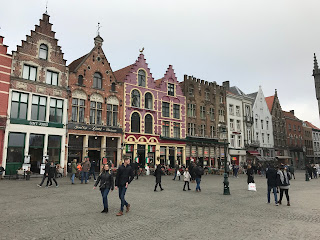 But generally, we have found them really high quality and interesting. This one, the 'Legends of Bruges' tour, didn't disappoint. The guide's take on Belgian history made the city come alive and his tales of more recent life in Bruges, such as the story of the black swan was also entertaining and interesting. And you have to pay attention. He gave us a quiz at the end! 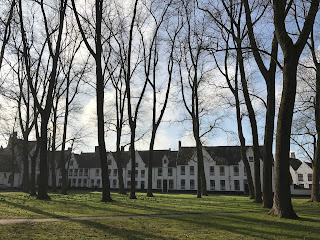 After the tour we headed to the Halve Maan brewery (via a waffle shop!) for a tour and a second taste of the Zot beer, as that is where it is brewed (before it gets piped out to their bottling plant). 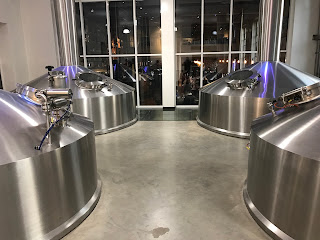 We were on the last tour of the day at 5.30pm, which was beneficial as the tour includes a trip to the roof of the brewery, which when we were there, meant a beautiful sunset. 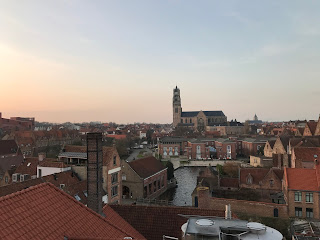 Sunday
On Sunday, up early(ish)/earlier than on Saturday, we strolled to the Markt Square to scale the 366 steps to the top of the Belfry - the tall bell tower that dominates the skyline. In the middle ages, belfries in this part of the world were a central part of daily life. Their bells rang out to mark the start of the working day, the opening and closing of the city gates, for celebrations or to warn of danger. 56 belfries across Belgium and Northern France have been designated by UNESCO as world heritage sites. 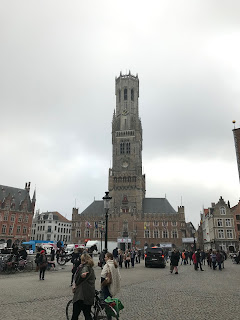 Arriving at the landmark on Sunday morning, we were immediately confronted with a much longer queue than we'd expected. Only 70 people are allowed inside at any one time. As the structure operated on a one in out one in system, we therefore had to wait around 25 minutes to get in. This was in mid-February. I dread to think how long you'd have to wait in the high season. I suspect if the queue had been much longer, given our short stay in Bruges, we would have given it a miss. Not that its not worth it though. We enjoyed climbing to the top and seeing the carillonneur - the musician playing the carillon, an instrument played on a range of bells through striking the keys on a keyboard. 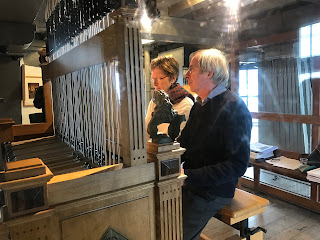 Oh and the view from the top wasn't bad either...! 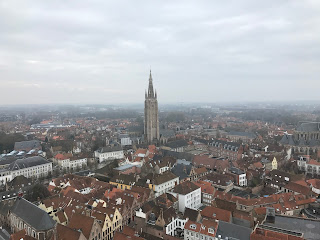 From the top of the town, we then headed to the canal for a boat tour around the city. The commentary wasn't particularly inspiring, but it was pretty to see the town from the water. 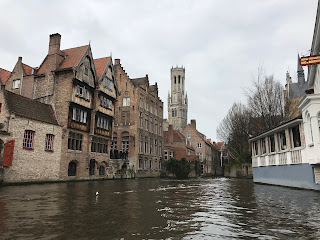 Our next mission was to buy beer and chocolate! We headed back to the Halve Maan brewery to buy a mixed bag of different brews. Then we strolled back to the main square via the various chocolate shops as we decided what chocolate to buy, while getting some samples on the way, including a stop for some tasty hot chocolate. 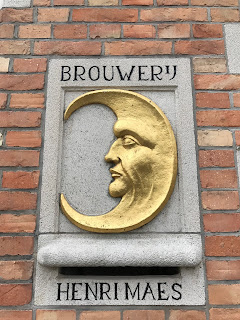 Back in the square, we had another fill of Belgian chips from one of the chip vans at the foot of the Belfry and then all too quickly it was time to head back to our hotel to gather our things and head on our way, back to Brussels and then back to London.


All in all it was very full and very fun weekend. And pretty easy from London on the Eurostar. Belgium, we will be back!

Have you been to Bruges? What did you see? What would you recommend?