Tanzania: On the search for the 'BIG FIVE' 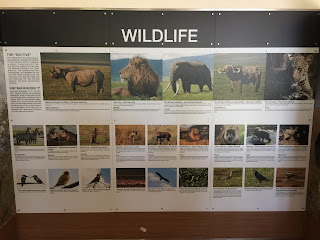 A safari in Africa usually includes an attempt to spot the "Big Five". This includes seeing an African lion, an African elephant, a rhinoceros, a leopard and ... a Cape buffalo.

Nope. The fifth animal that you must see on safari in Africa is definitely the Cape buffalo. I did not make this up.

Why a buffalo?
The term 'Big Five' was actually coined by game-hunters and refers to the five most difficult animals in Africa to hunt on foot, mostly because of how dangerous they could be when cornered.

So, it's a hunting term rather than a 'most interesting animal to see on safari term'. The safari industry just stole the term for their marketing purposes. And to make those buffalo that little bit more exciting.

A sucker for lists, the marketing won me over and of course I wanted to see all five.

So here's a round up on how well we did:

1) African Lion
We did very well on the lion front. After nearly seeing a lion on our second day - which wasn't a lion at all but a hyena - and despite seeing no climbing lions in the Manyara National Park, the Ngorongoro crater did not disappoint. Our day in the crater was punctuated by sightings of these beautiful animals. 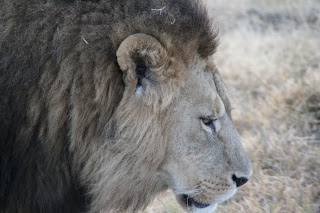 2) African elephant
I love elephants! And we were spoilt with elephants throughout our trip from the Tarangire National Park to Manyara Park to the Ngorongoro Crater. 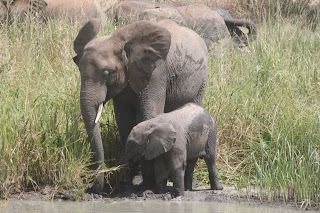 3) African rhino
Hmmm the rhino... We did see one. At least I think we did. The Ngorongoro crater is home to a small population of rare black rhino. And we could just about see the one our guide (and other guides) spotted, but only from very far away. 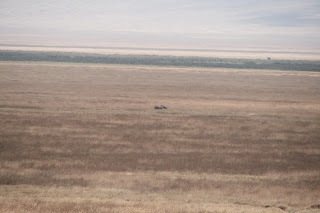 4) Leopard
Leopards are the most elusive animals of the 'Big Five'. Mostly nocturnal, they also spend a lot of time in trees. Trees = vegetation = hard to see. Unfortunately, we were not lucky enough to see a leopard, but this has given us an excuse to go back!

5) Cape buffalo
Despite not seeming to be the most exciting of the five, the Cape buffalo is apparently the most dangerous and has killed more game hunters than any other animal. So they are actually not to be sniffed! Keeping our distance, I enjoyed seeing this buffalo surrounded by birds, snacking on the insects around him. 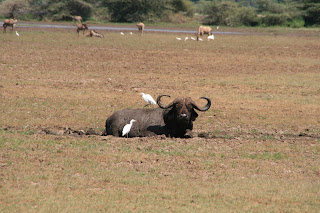 Our scorecard
So, we only managed to see 4 out of the 'Big Five' on our Tanzanian safari - the elusive leopard eluded us!

I do love big cats though (we were privileged to see a jaguar in Brazil) and so my sights are now set on that leopard. Next time!

If you have seen seen one or have any tips on where to see one, let us know and share your story in the comments below!

Related posts
Trip report: Tanzanian SafariIs that Bigfoot? No, it's a black rhino (It really is)
Lions!
Jambo! Swahili for beginners
The Hippo Pool
Doors of Zanzibar
Posted by Sarah at 22:07