24 and a bit hours on Capri

Crossing the sea
From Naples our next stop was the island of Capri, just a 50 minute boat ride away from the main Molo Beverello port.


Unfortunately, as is not entirely unusual in October - although we mostly had good weather - it was raining.

And when we got on the boat, we were each forcibly handed a sick bag. James tried to reject his, but the staff were insistent that he kept hold of it. It became increasingly clear why as we started to cross the sea. We 'just' about managed to cross without needing them!

A wet paradise, Capri town and Villa Jovis
On the other side, we docked at Marina Grande and were met by hotel staff, who took us on the 10 minute drive from one side of the island to the other, to Marina Piccola, where our hotel was situated.

We were quickly shown to our room.  The porter immediately opened the blinds and announced 'welcome to paradise', as we looked out on a wet view of the Capri coastline.


Luckily, it soon brightened up and we got ourselves into Capri town, with the help of the hotel's free shuttle, where we wandered the smart streets, before heading for a tasty lunch and a glass of wine.

After lunch, we decided to head along the back streets of the island and towards Villa Jovis, a vast ruin that was once Roman Emperor Tiberius' main Capri residence.

On our way we walked past beautiful homes with incredible views down to the sea, with pretty entrance ways and a colourful array of flowers. 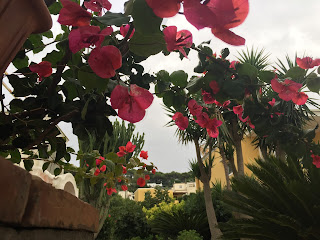 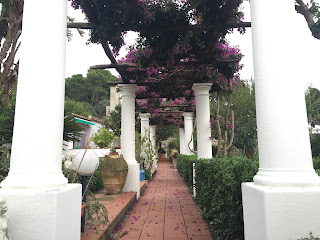 It took us around 30 minutes to reach the vast complex of Villa Jovis. We enjoyed exploring the ruins and trying to imagine what it would have looked like in its heyday. 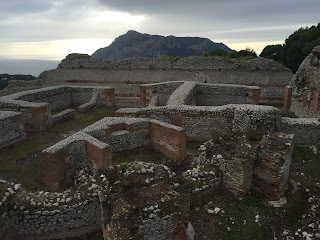 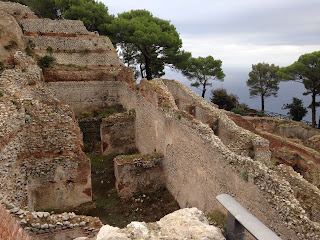 A drink and some dinner
Back in town, we started our evening in a traditional Italian way, supping on Aperol Spritz, an orange fizzy aperitif, made up of an bitter orange liquor combined with Prosecco and soda. 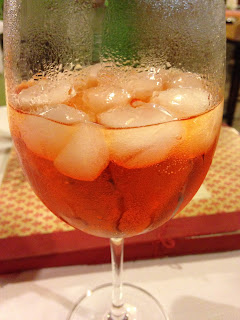 We then enjoyed what I think was probably one of the best ever meals, I have ever had at Da Tonino's - about a 10-15 minute walk out of Capri town. It really was delicious. See here for more on what we ate. 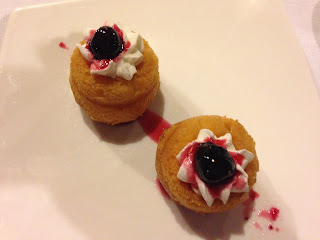 Around the island
Up the next day, we were happy to see the sun shining and headed down to Marina Grande for a boat trip around the island and a visit to the famous blue grotto. 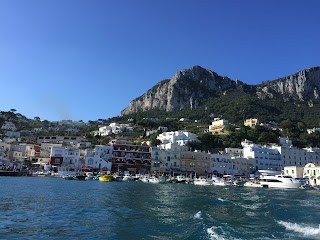 Unfortunately, the weather from the day before meant that the tide was so high that we weren't able to go into the cave. 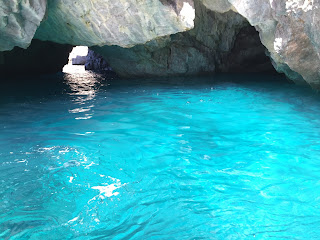 However, we were still able to see the quite startling blues and greens of the sea lapping at some of the smaller coves around the island. 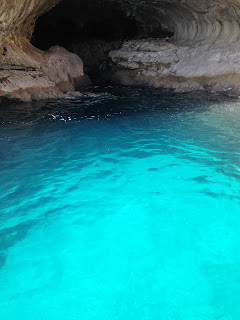 We were also able to see the 'Faraglioni' rock formations close up. These rocks are iconic to the island and rise out of the sea, just off the southern coast. 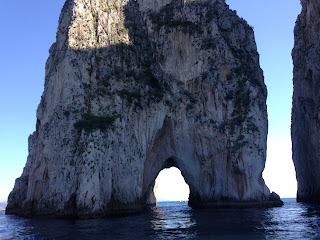 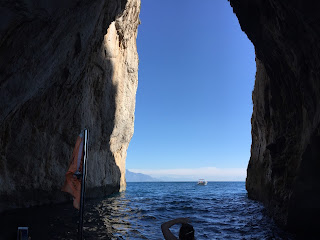 Overall, I was still a bit disappointed not to see the blue cave, but maybe next time!

Visiting Anacapri
Back at Marina Grande, we headed up to Anacapri for an explore and some lunch. 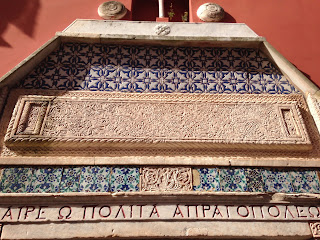 Anacapri felt much busier than Capri the day before - and probably a bit too busy and full tour groups. 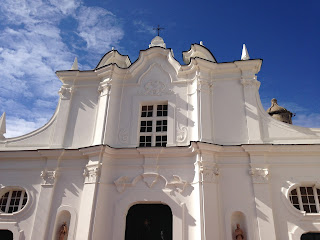 This may have been because the weather was nicer and so more people were out and about. Either way, we had a not too pleasant flavour of what the island must be like in high season.

After a wander and some food, we decided to catch the chair lift up to the top of Monte Solaro - the highest point on the island. 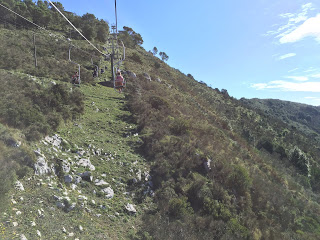 Unfortunately, there was a massive queue to get up there and after a (small) row about whether it was worth joining the line, we bit the bullet and went for it. It moved 'relatively' quickly and actually despite all the people heading up, it was not at all overcrowded when we got to the top. 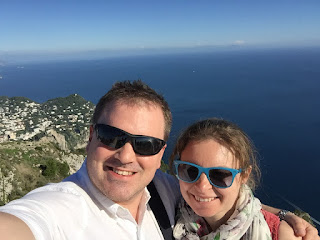 A proposal
And it was at the top that James asked me to marry him.

Standing at the highest point of the island and surveying the beautiful views that surrounded us, it would have been rude to have said no! 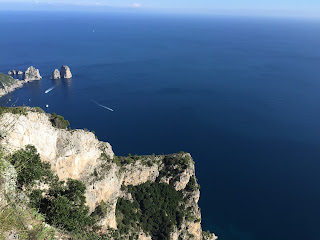 This made for the perfect end of our visit to the island (and we now have a great future excuse for having to return to Capri for anniversary celebrations!).

Now we just have a wedding to plan ... (and a honeymoon).


Related Posts
Top tips for visiting the Amalfi coast
Exploring Naples
Getting to Pompeii and Vesuvius on a day trip from Naples
Where we stayed Naples, Capri and the Amalfi coast
Being vegetarian in Italy