We spent 3 days in the beautiful town of Positano on the Amalfi Coast in the middle of October 2015. We had arrived from Capri and used Positano as a base to explore the surrounding area. 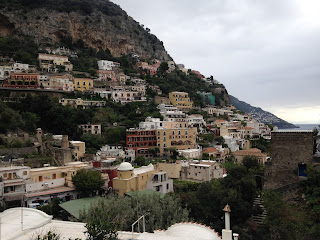 If you're heading that way, here's some tips for getting the most out of your visit.

1) Try and go out of season if you can
We first looked at going to the Amalfi Coast in August, but were seriously put off by travel chat rooms and other bloggers, who said it was too hot, too busy and full of traffic. Having now visited at the very end of the season, I can well believe it.

Even in mid-October, while it was definitely possible to find a quiet spot, the main streets of the towns in the Amalfi coast were full of visitors and the buses serving the roads between them were packed. Accommodation was busy too - we spoke to some Canadian tourists who'd planned on staying in Positano, but when they tried to book (admittedly just 3 or 4 days before - but it was October), they couldn't find anywhere to stay. They happily went to Praiano instead, but it is worth booking ahead, particularly if you have a specific place in mind. 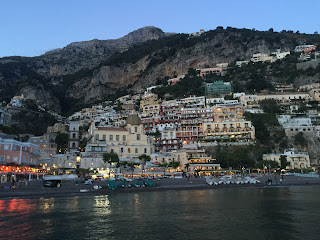 2) Take motion sickness pills
If you are going in off-season, then the slightly less predictable weather can mean that the sea crossings are not as smooth as one would like. Our boat trip from Naples to Capri was far from pleasant. I am much more susceptible to sea sickness than James, but even he felt on the edge of queasy. 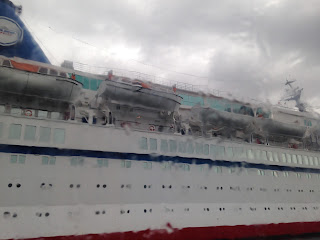 And even if the seas stay calm, the winding roads of the Amalfi Coast are a risk for the stomach, particularly given how busy and hot the buses can get. We were told a story of one bus passenger being ill over another passenger - eek. Take motion sickness pills people!

3) Get to the bus stops a little early
Sticking to a theme - the buses along the Amalfi Coast can get very busy! If you can, arrive a bit early to make sure you can get on. On Capri, we waited for 20 minutes for a bus and when it arrived, we couldn't get on. In Amalfi, we really weren't certain we'd get on the bus up to Ravello, when we saw all the people waiting at the stop and there was a big rush forward when the bus arrived. I think everyone did get on, but it was pretty full. Maybe there are more regular buses in the summer, but there'll be more people too, so you have been warned!

4) Walk the path of the gods (but remember you can avoid the big climb!)
The path of the gods is a beautiful high level walk between Positano and Praiano, with dramatic views down to the sea. Our Air BnB hosts had warned that it was hard going. So wanting to make sure we enjoyed the walk as much as possible (but still being prepared for a hard day's hike) we started the walk in Nocelle, avoiding the 2 km climb up from Positano. 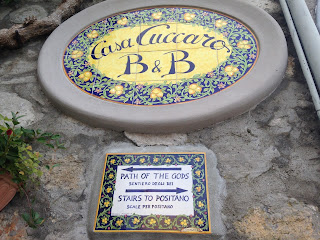 I don't know if it was really just the climb that our hosts were warning us about, but from Nocelle, it was a pretty easy and very pleasant walk. From Nocelle, it took around 2 hours to reach the top of the climb down into Praiano. 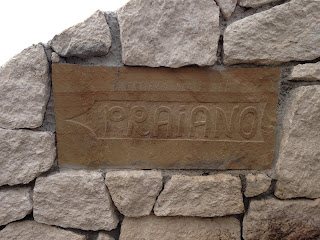 Rather than head straight down we turned in land a little and headed towards Bomberano, past dramatic cliffs, before starting our descent. 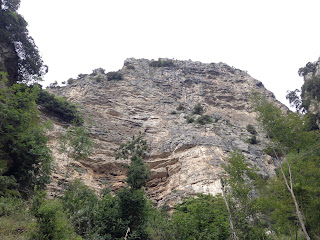 Going down was a little tough on the knees, but overall the walk really is doable for most, so our advice would be to just go for it! But remember you can avoid the climb at the beginning!
If
5) Limber up before you go!
All of the towns on the Amalfi Coast are built on to the side of the mountain and you'll need strong knees wherever you wander. Praiano, for example, is 120 metres above the sea, which we were less than impressed to discover after reaching the town at the end of our walk along the path of the gods, wanting a refreshing dip in the sea: there was more down for us to do! And an explore of nearly all the towns will involve a fair bit of walking up and down the steps, so make sure your legs are ready. 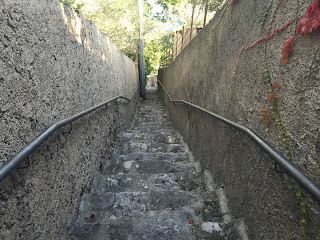 We really enjoyed our visit to the Amalfi Coast. It's a beautiful coastline and there's lots to see and explore.

Related Posts
Exploring Naples
Getting to Pompeii and Vesuvius on a day trip from Naples
24 hours and a bit on Capri
Where we stayed Naples, Capri and the Amalfi coast
Being vegetarian in Italy