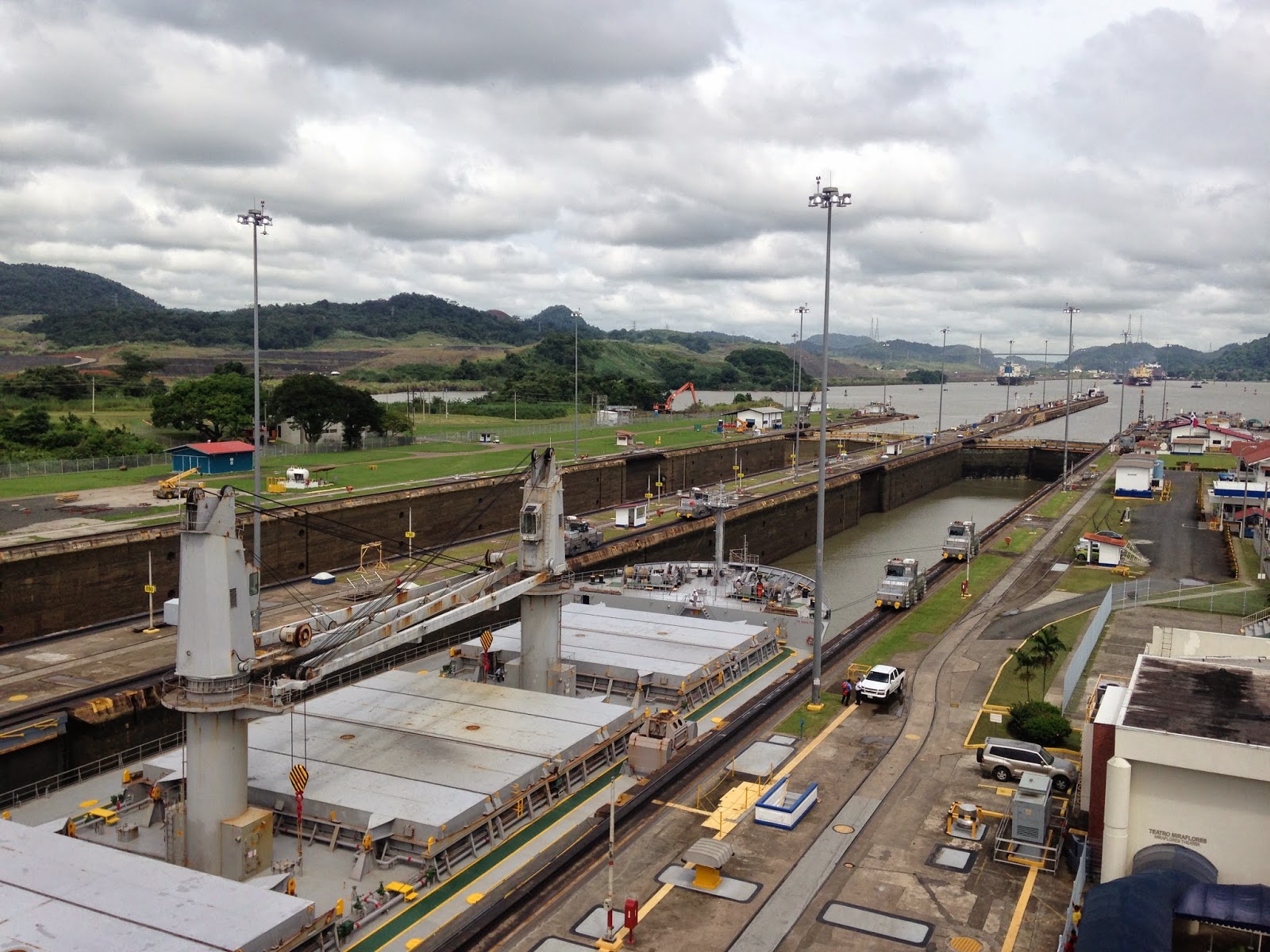 The Panama Canal first opened over 100 years ago in 1914. Since then more than a million vessels have passed through. 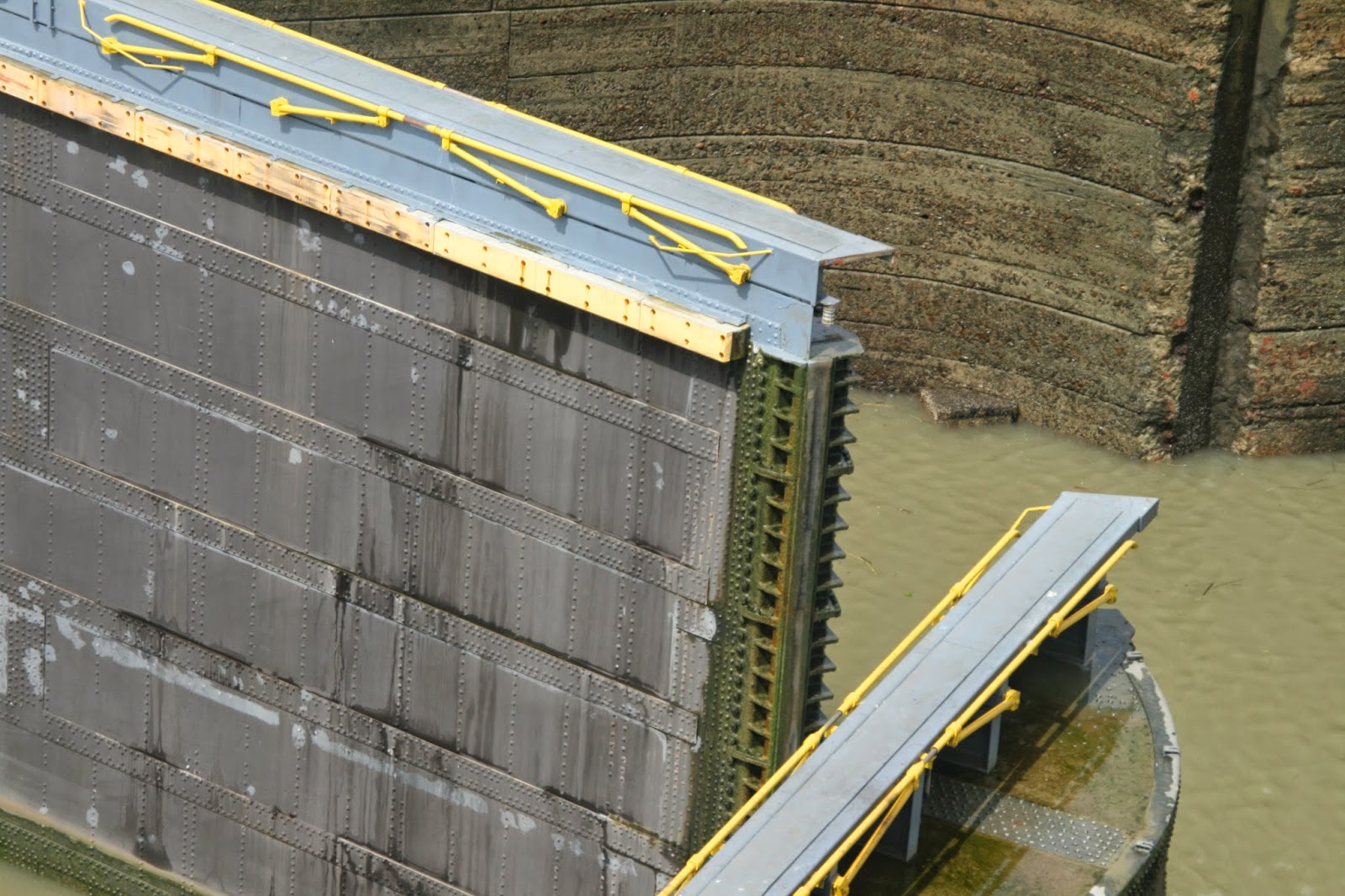 The canal links the Atlantic and the Pacific Ocean, allowing ships to avoid the lengthy Cape Horn route around the southern tip of South America. 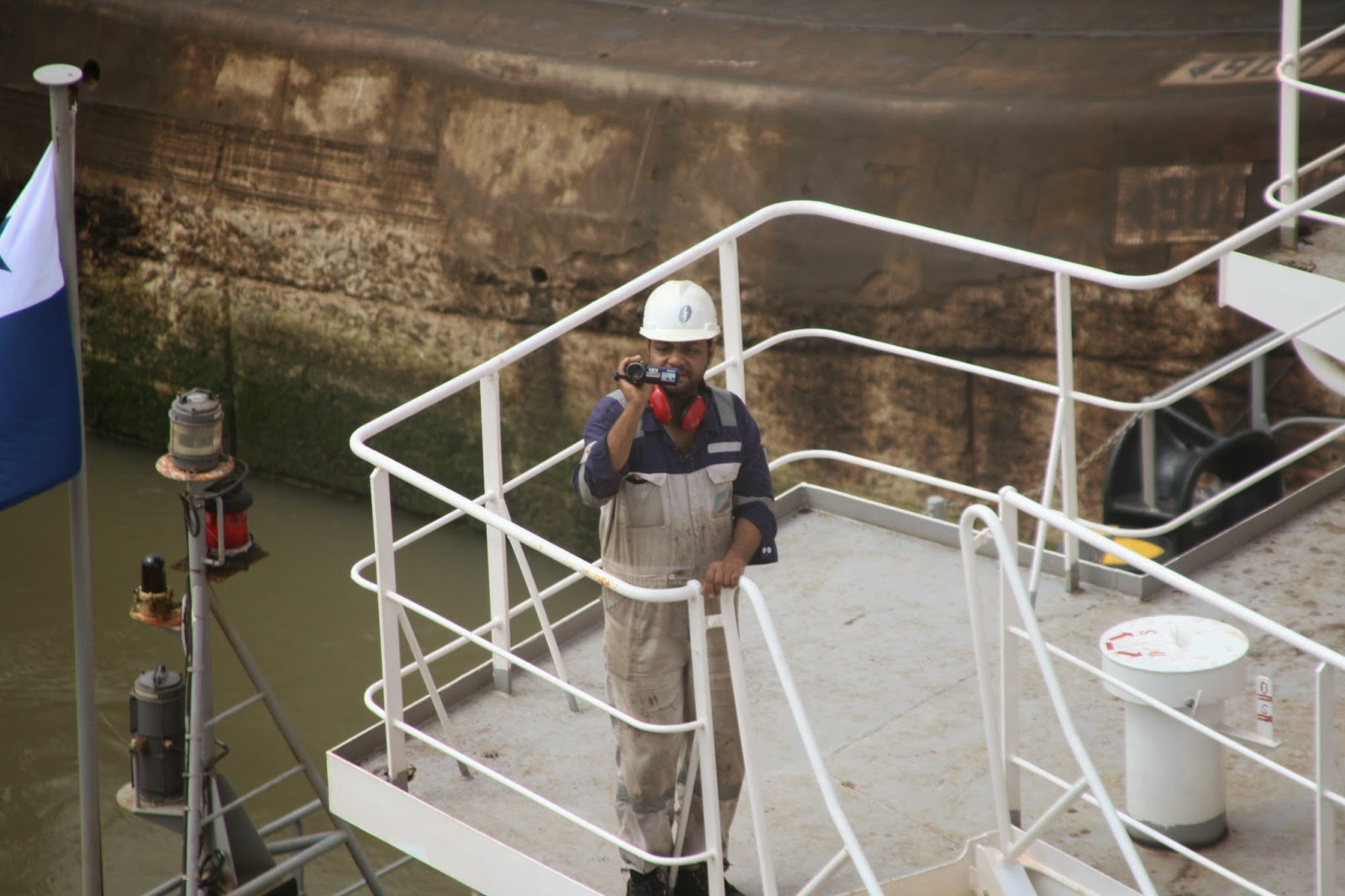 There are three sets of locks in the canal - two at the Pacific Ocean end of the canal and one at the Atlantic end. 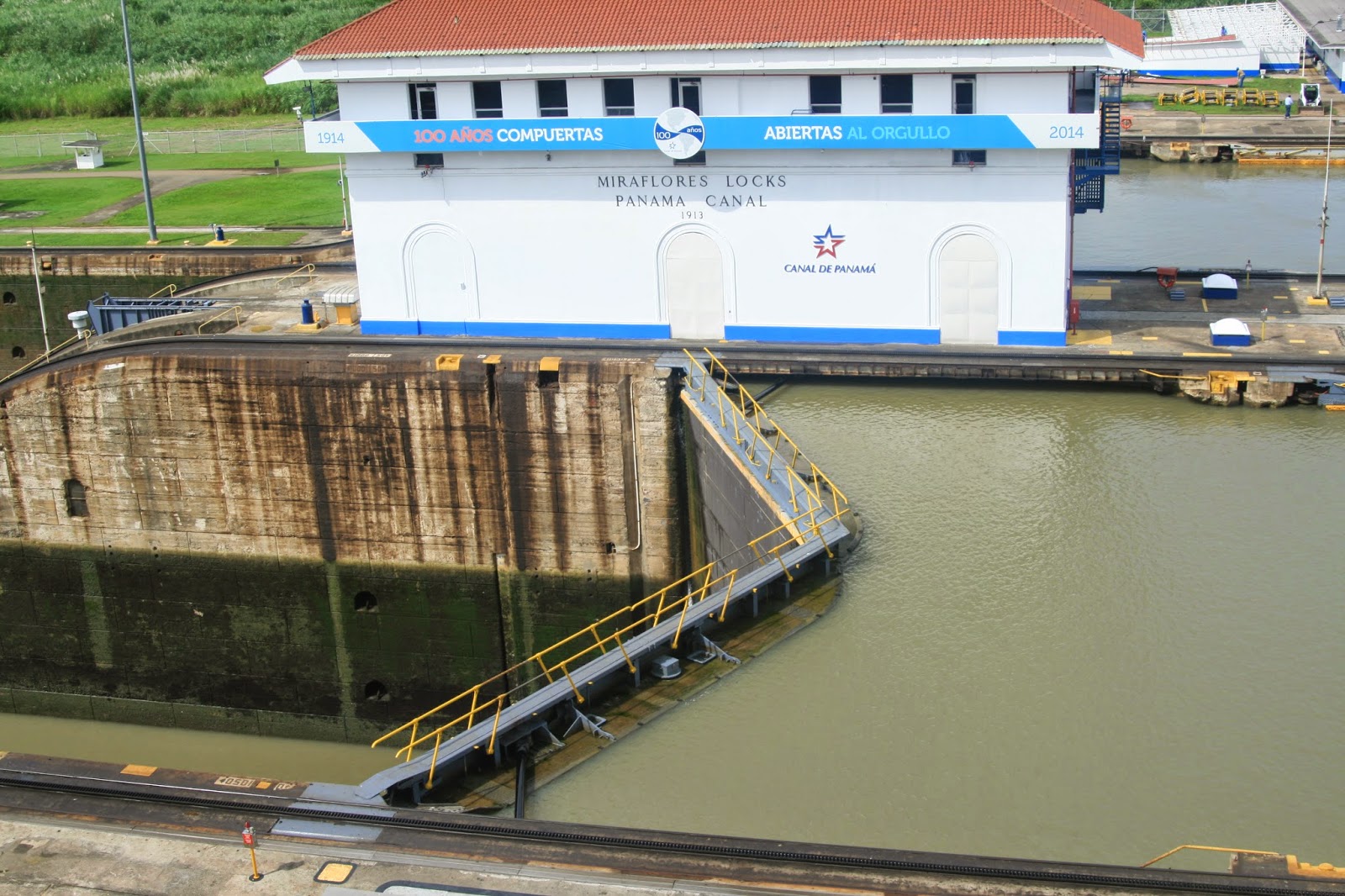 The Miraflores Locks, which have two 'steps', are the first you come to from the Pacific end of the canal. They are the closest locks to Panama City and so unsurprisingly the most visited of the three locks. As a result, Miraflores also has arguably the best set up for visitors, complete with several viewing platforms, a museum and a 3D film experience! 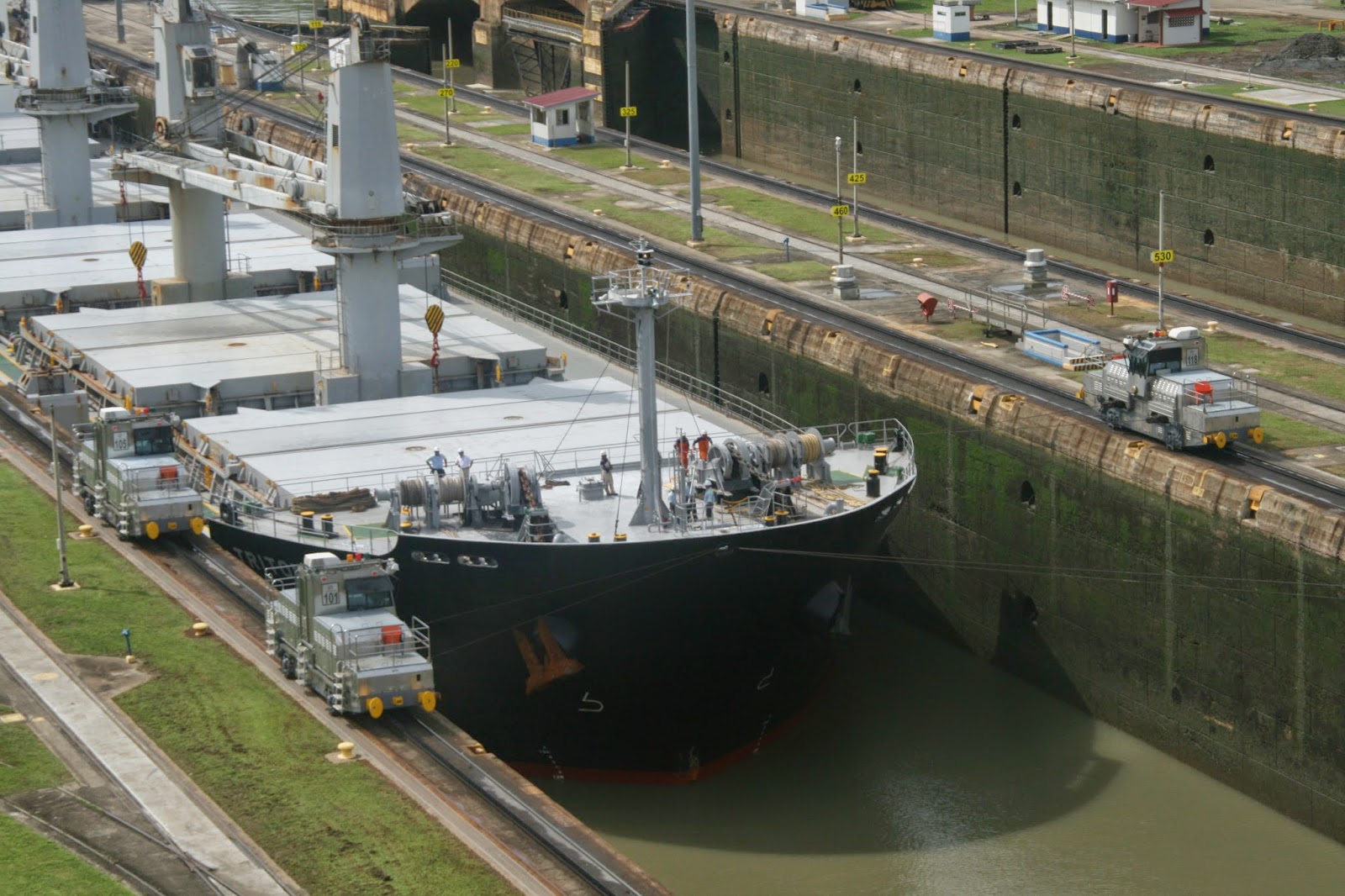 Get there first thing or late afternoon
The visitor's centre opens at 9am. By around 11.30, the morning 'traffic' has passed through. Ships start passing through again at around 3pm.  The whole visit, including a stint on the viewing platform, a walk around the museum as well as watching the film takes between 2 and 3 hours. 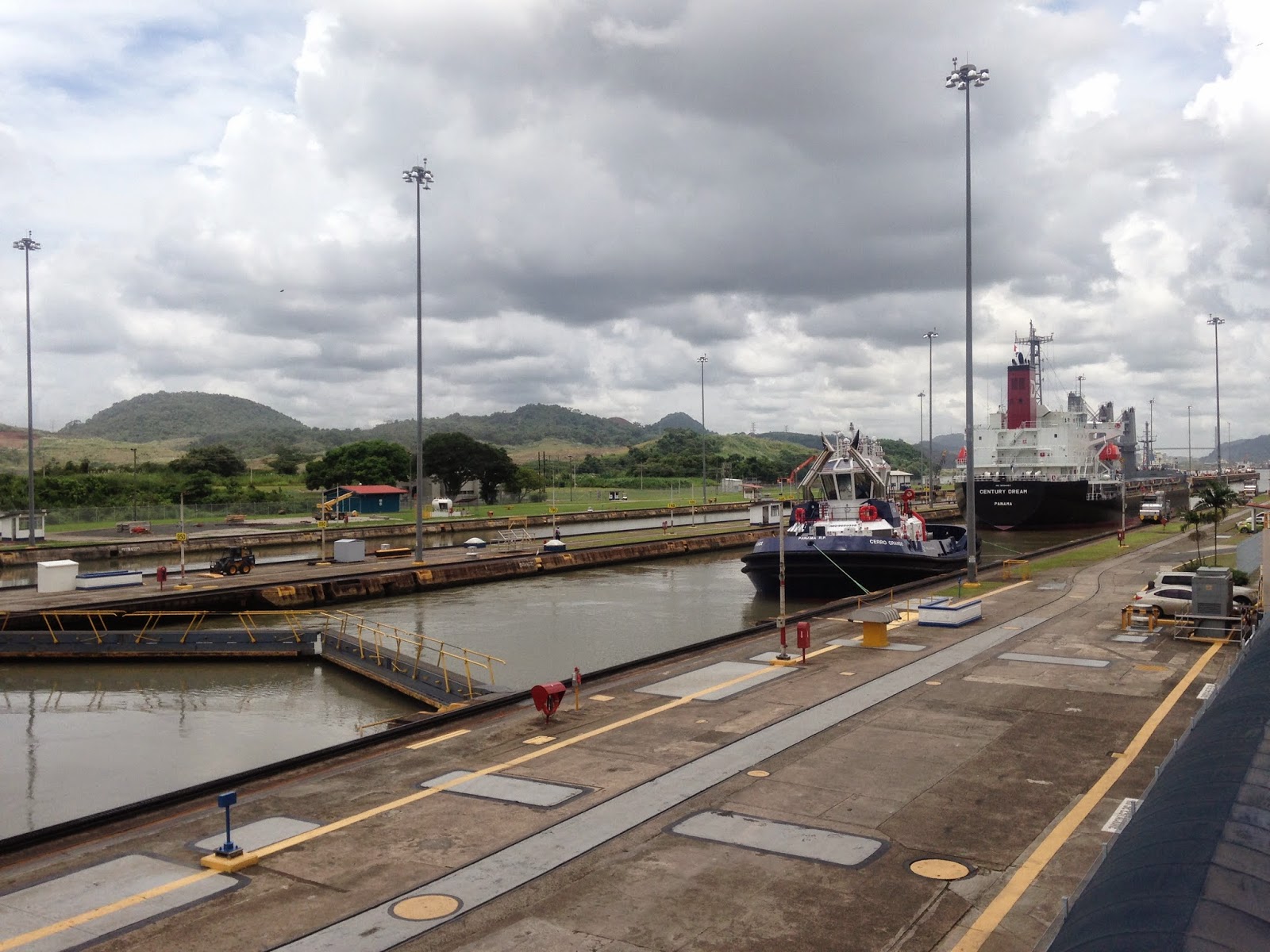 It's therefore good idea to aim to arrive around opening time or from 2.30/3ish to get the most out of your visit. The visitor's centre closes at 5pm.

A taxi from Casco Viejo in Panama City to Miraflores is about 15 minutes and costs around $10. Entrance to the locks is $15. 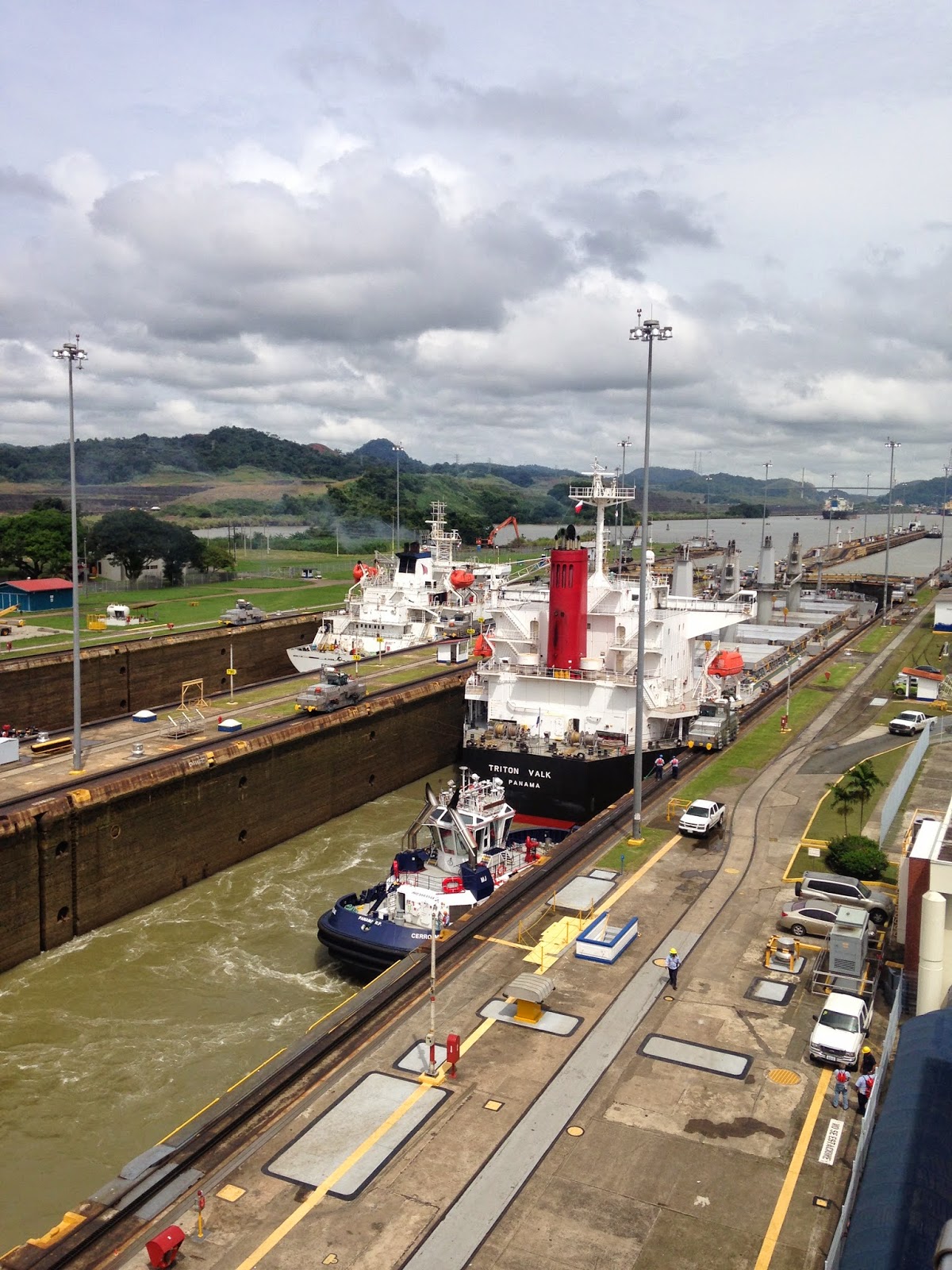 The restaurant where you can enjoy a cold beer while watching the boats pass through was closed for renovation while we were there, but the fourth floor and other viewing platforms give you a great view of this engineering feat. While not usually an engineering geek, I was fascinated to watch the huge ships passing through, guided by the small guide boats. 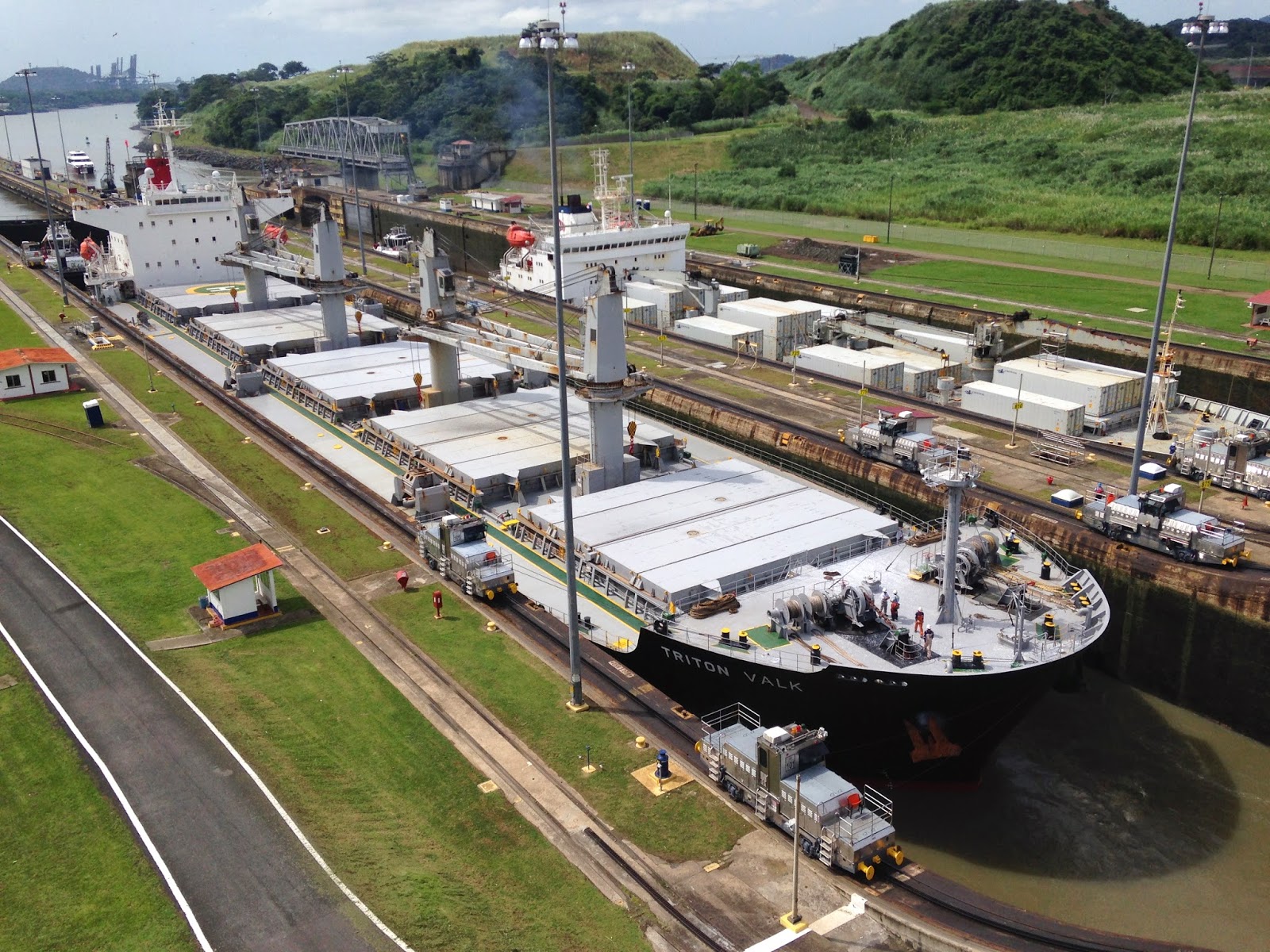 I was also particularly surprised by how narrow the locks are when you see them close up. The ships that we saw passing through only just seemed to fit, which is why new longer and wider locks are under construction. The new locks are expected to be finished in 2016. 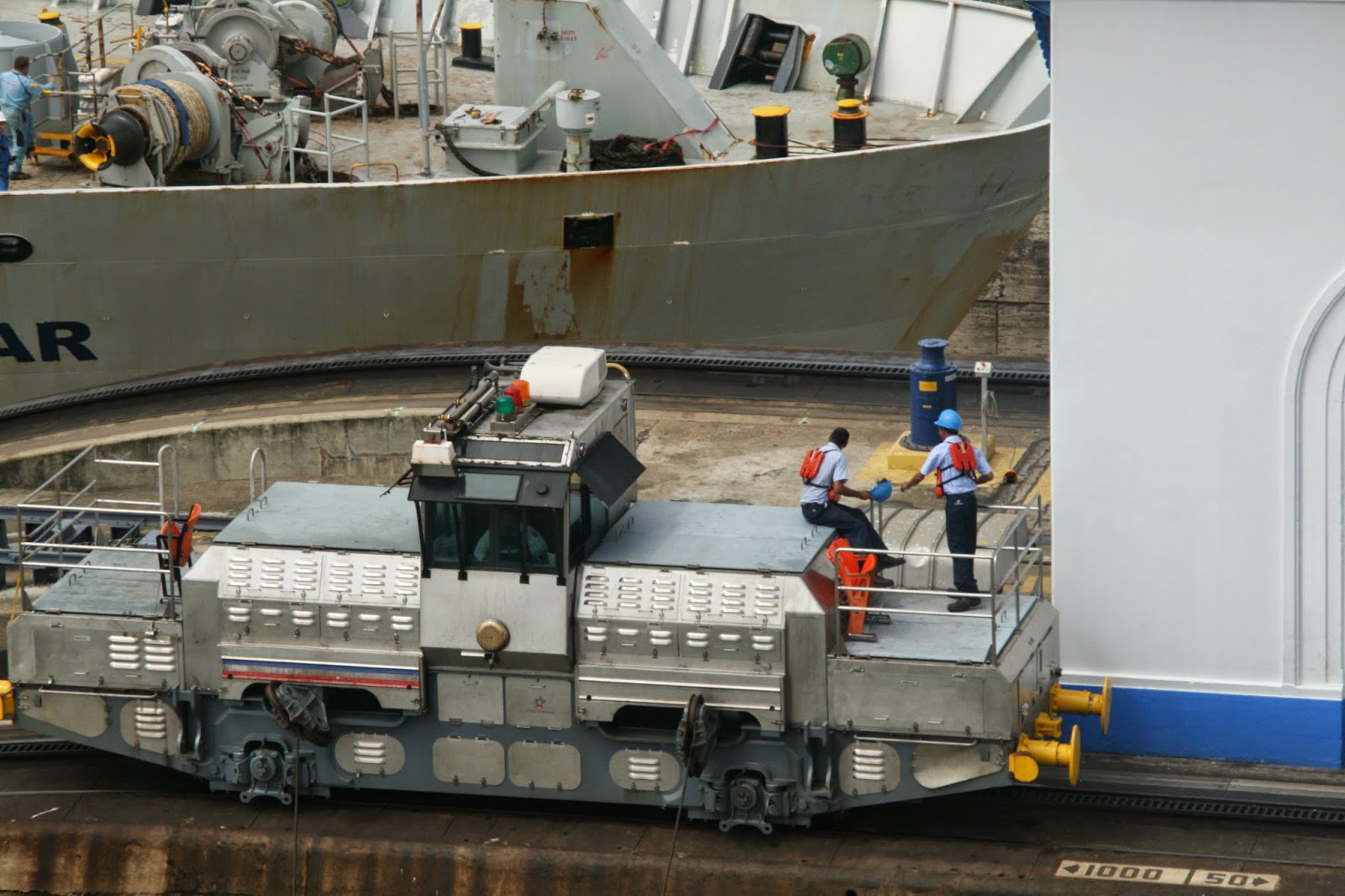 If you have more time and have a specific interest in the canal, there is a visitor's centre at the Gatun Locks at the Atlantic end. The nearest town to the locks is Colon, from where you can catch a bus or take a tour. The locks are over an hour from Panama City.

You can also visit the development of the new locks near the Gatun locks. Click here for more information.