A visit to the White City (and the search for El Misti!)

Arriving from the desert of Nazca to Arequipa was a breath of fresh air. The high altitude means that although its warm in the day, it never gets too hot and in the evening we started to remember what cold felt like (but only just). So it was perfect for wandering around and soaking in the sights.

The city’s colonial buildings are built of sillar, a white volcanic material, which has led to Arequipa being nick-named ‘The White City’.

Arequipa sits at the foot of an active volcano called El Misti, a very apt name, as it was pretty much in the clouds for our whole stay there. Postcards  show clear blue skies and a snow-capped perfect cone overlooking the city, but our visits to the top of the cathedral, a rooftop bar on the plaza (where they lent us woolen ponchos to keep warm) and to a viewpoint in one of the suburbs to get a good view of it were all in vein. I managed to snap the only clear photo of it on an early morning trip to the loo!

A highlight of Arequipa is the city within a city contained in the Santa Catalina Convent.
The beautiful cobbled streets where 450 nuns used to live in near total seclusion behind the walls of the Covent are worth a visit. The women were only allowed to speak to their family once a month and only in a special visiting area, where they were separated by bars and not allowed to touch. 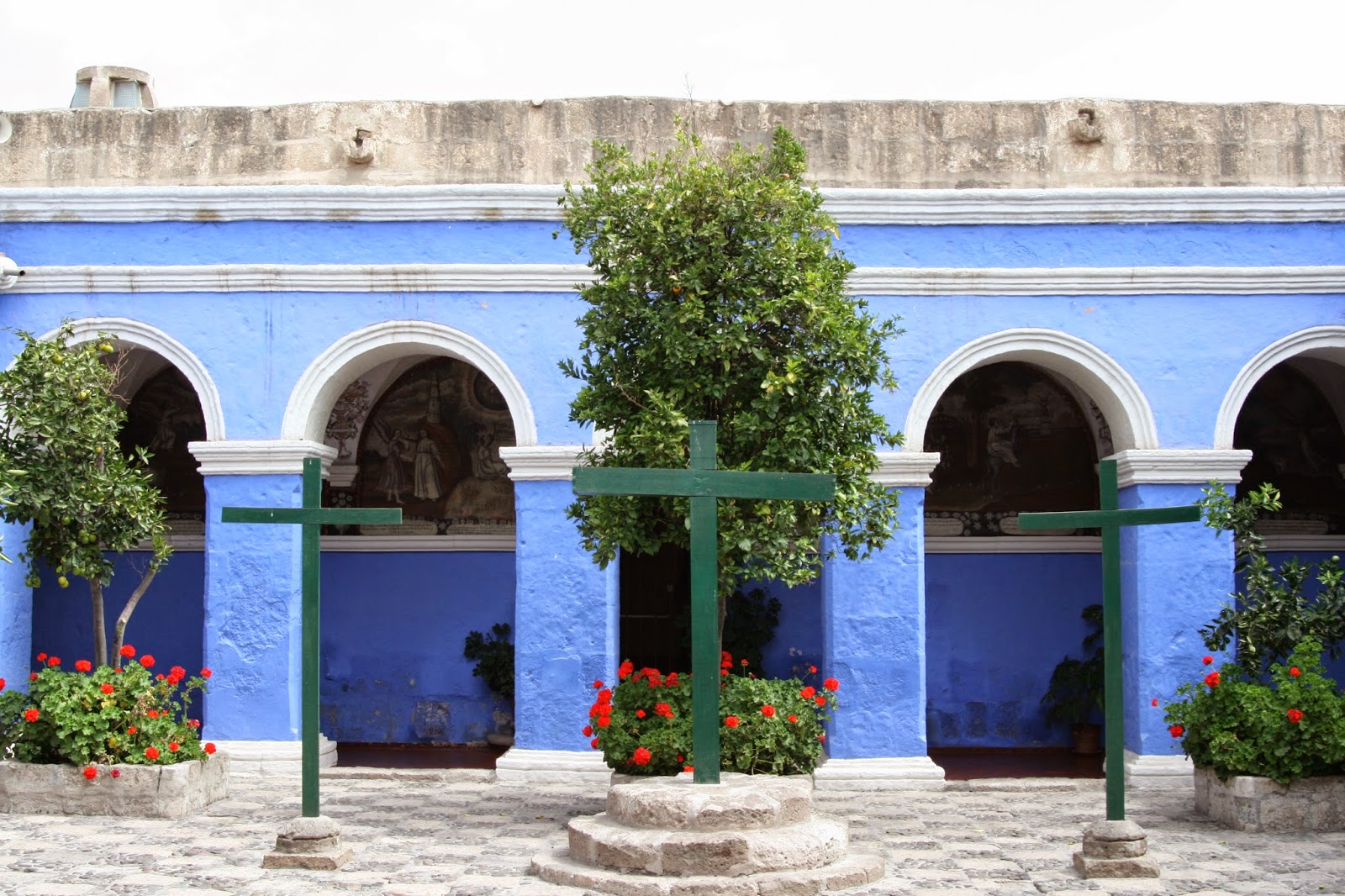 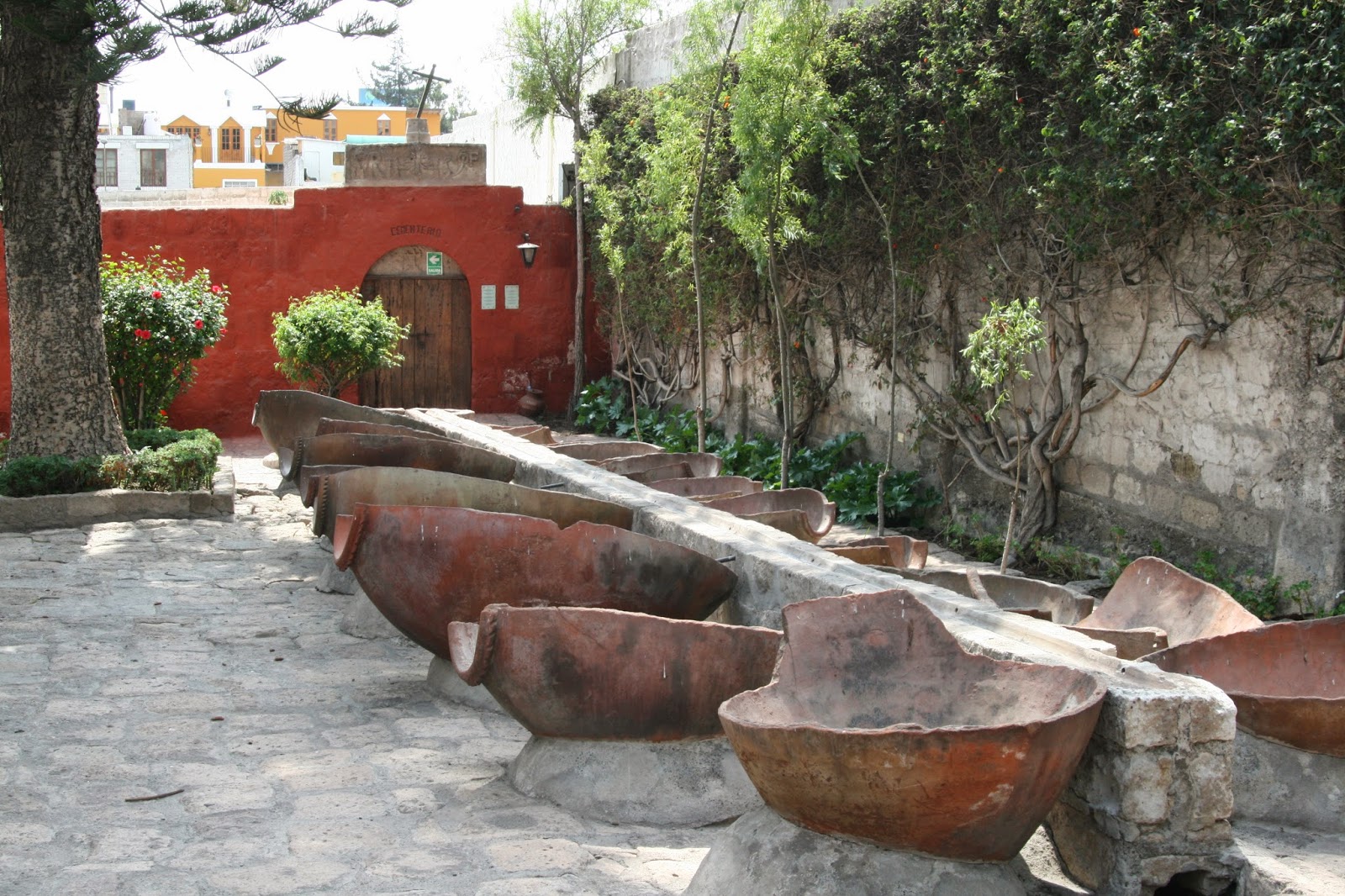 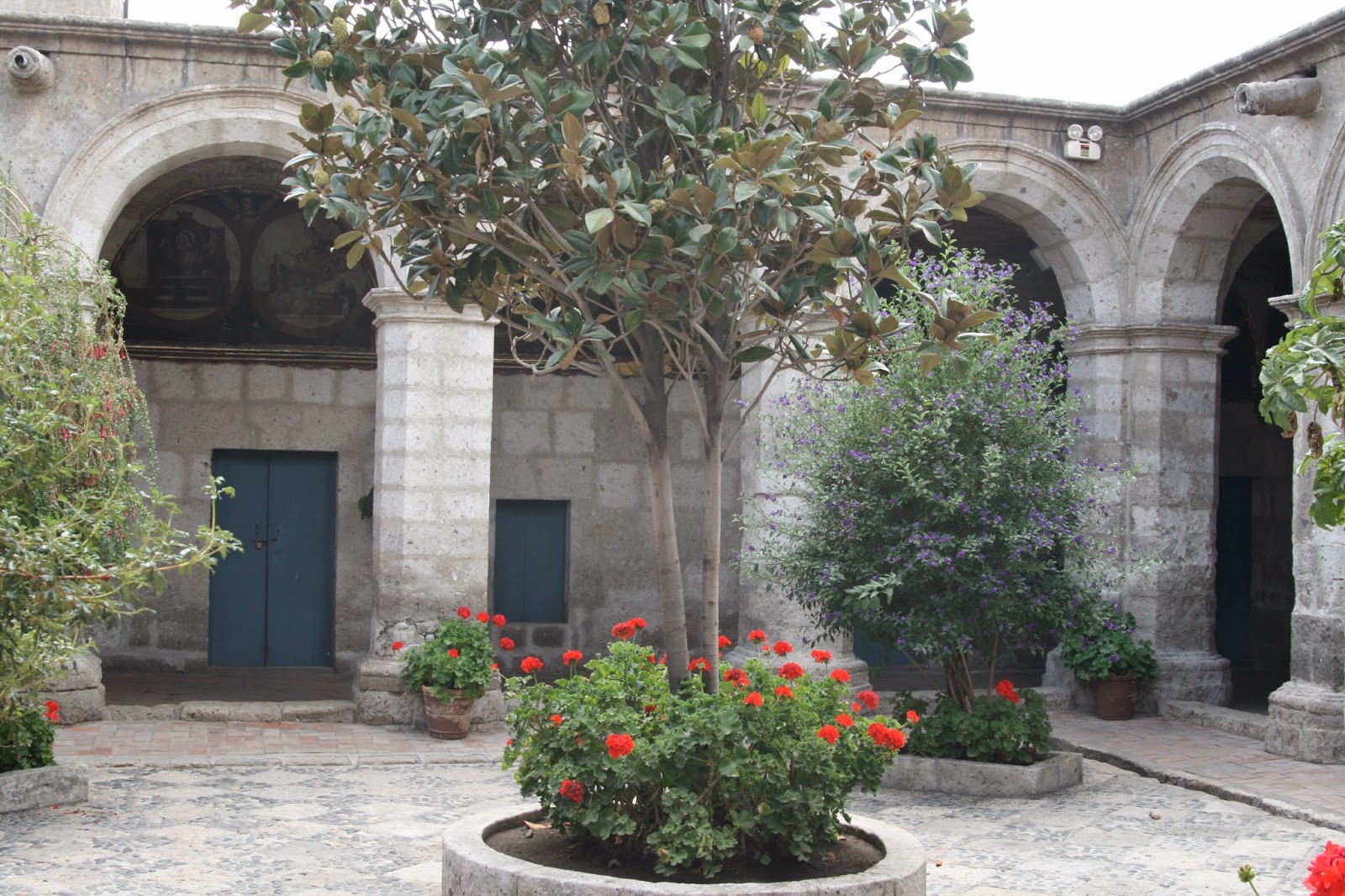 Arequipa is filled with cake shops and going out for desert seems to be the done thing, so we felt that we too had to oblige.
We also sampled the tasty queso helado that originates in Arequipa. Literally translated, this means cheese ice cream. There’s no actual cheese in it. I think the name comes from how it looks rather than its ingredients. Topped with cinnamon, it was really rather tasty! 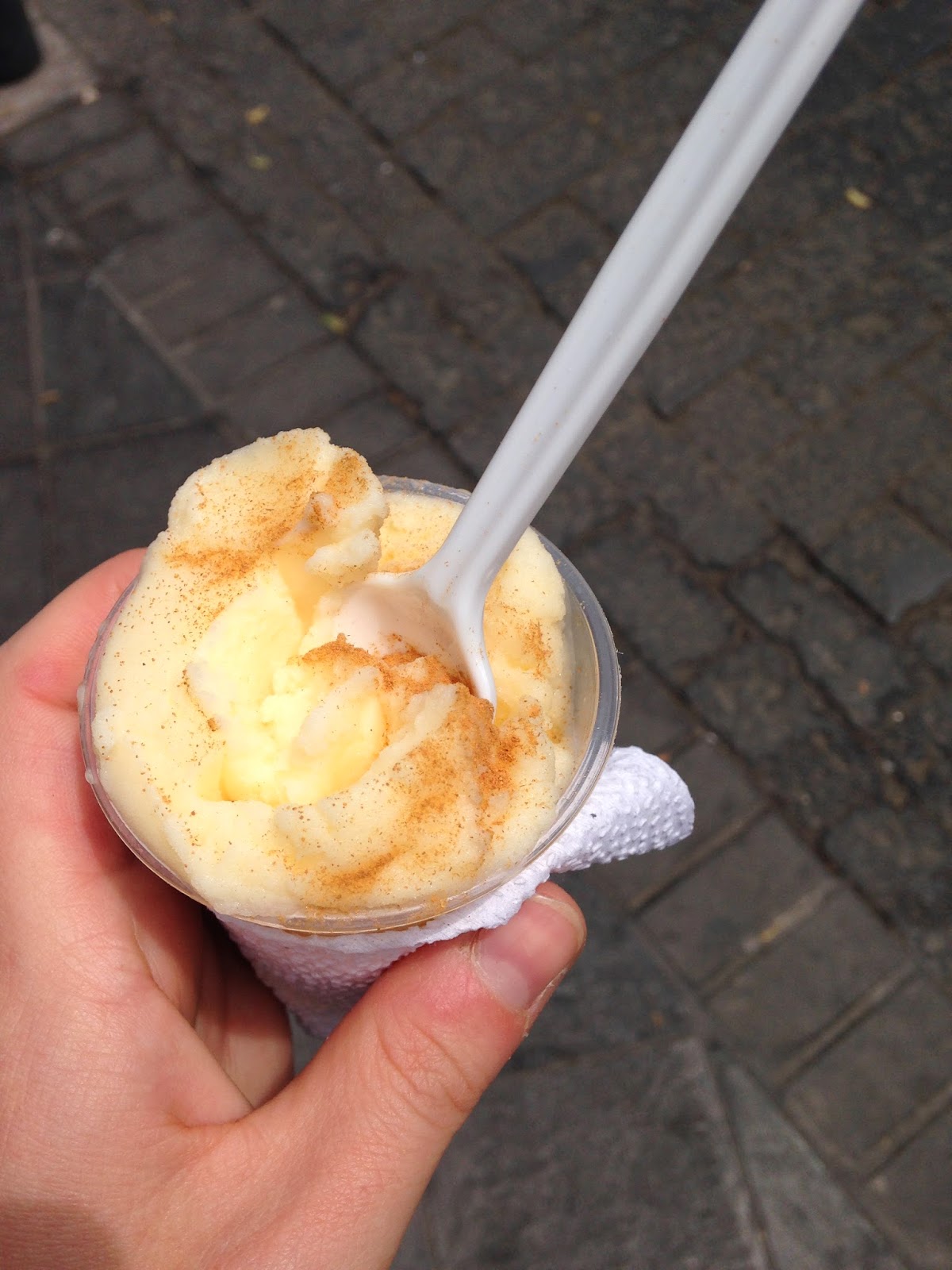