In the beginning: Lima part 1

After promising James that as we were going away for a long time, we would not need to rush round to make sure we had seen everything; our first few days away have been pretty hectic.

Lima was quite hot and is quite spread out and so getting about took longer than I had thought. This combined with the heat made getting around quite tiring. We only nearly fell out once though, which is pretty good going.

We stayed in an area called Barranco, a suburb in the south of the city, which was the capital’s seaside resort in the 19th century, before falling into disrepair. It’s now almost certainly back on the up and the guide books describe it as a place where artists and intellectuals are moving in – James and I fitted in perfectly.

Its re-gentrification means that it has a lot of bars and restaurants and a lively night life.  Many of the old mansions from the 19th century have been renovated and painted different colours. There’s a path down to the sea which goes under the wooden Puente de Suspiros or the Bridge of Sighs. It’s a pretty area to wander and I was glad we chose to stay there. 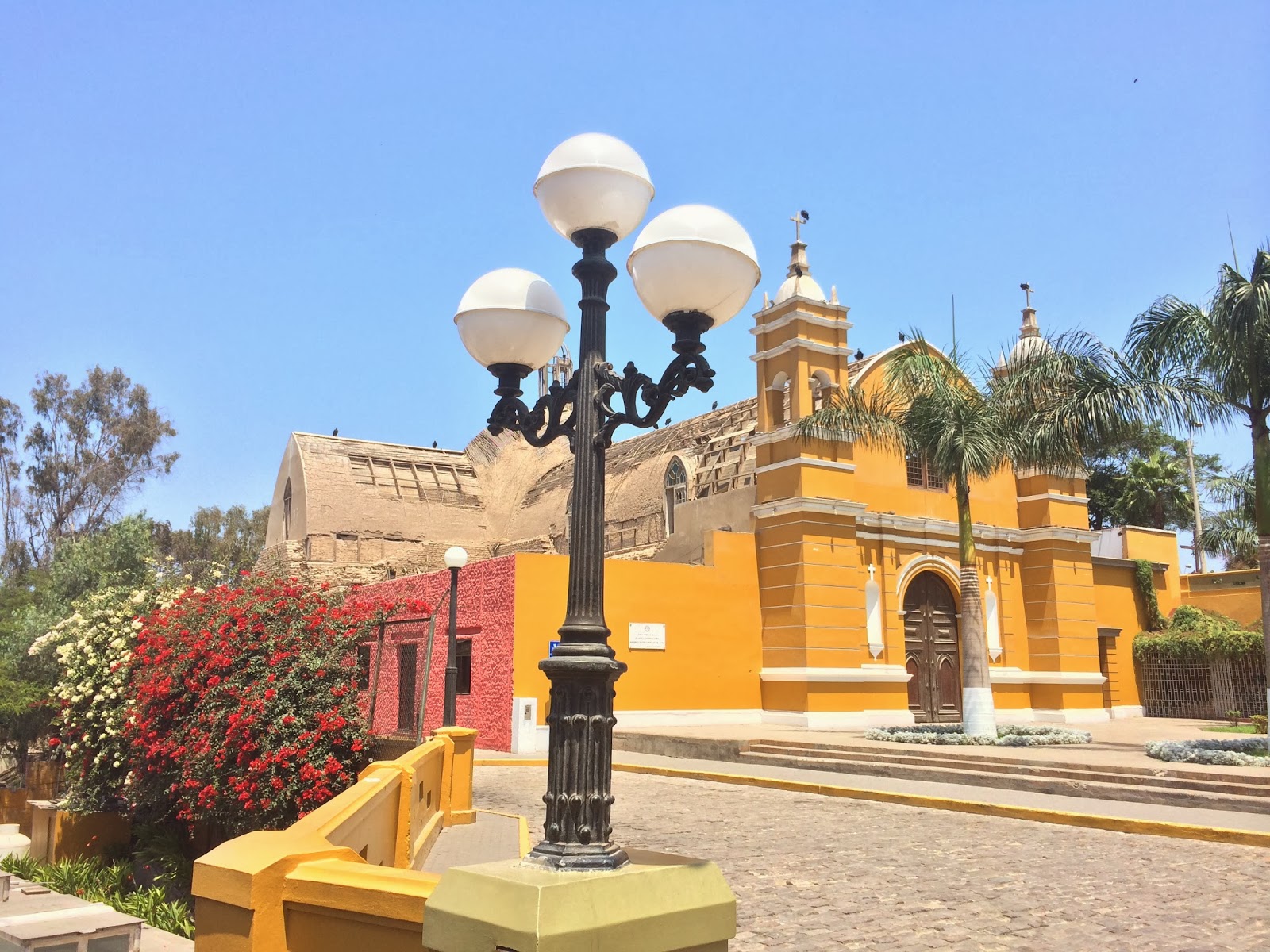 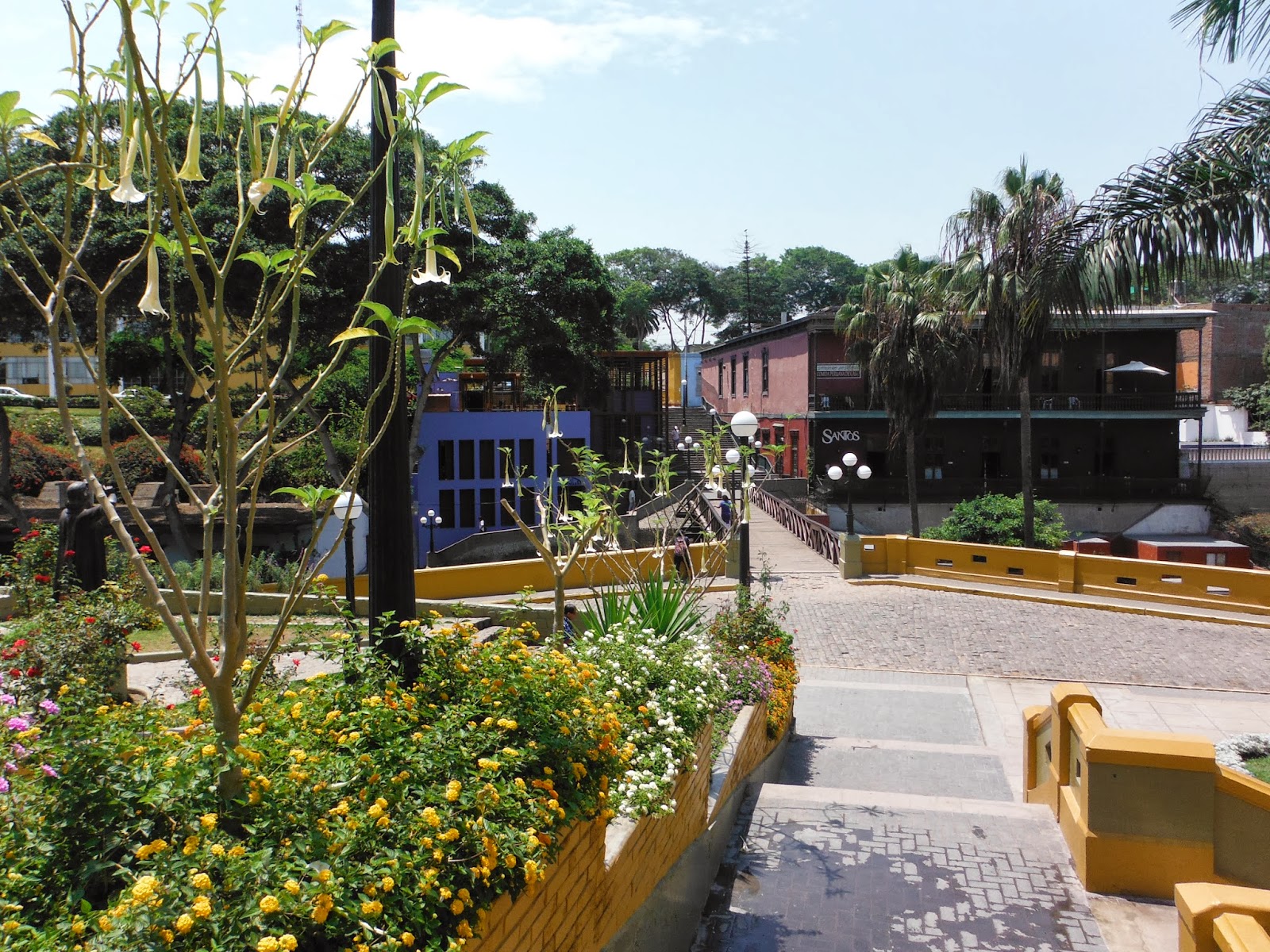 Our first day saw us walking along the cliff tops from Barranco to Miraflores, a much more modern suburb with designer shops and plush seafront apartments. That along with all the people running or cycling along the cliff path or seafront made it feel very much like the west coast of the USA. 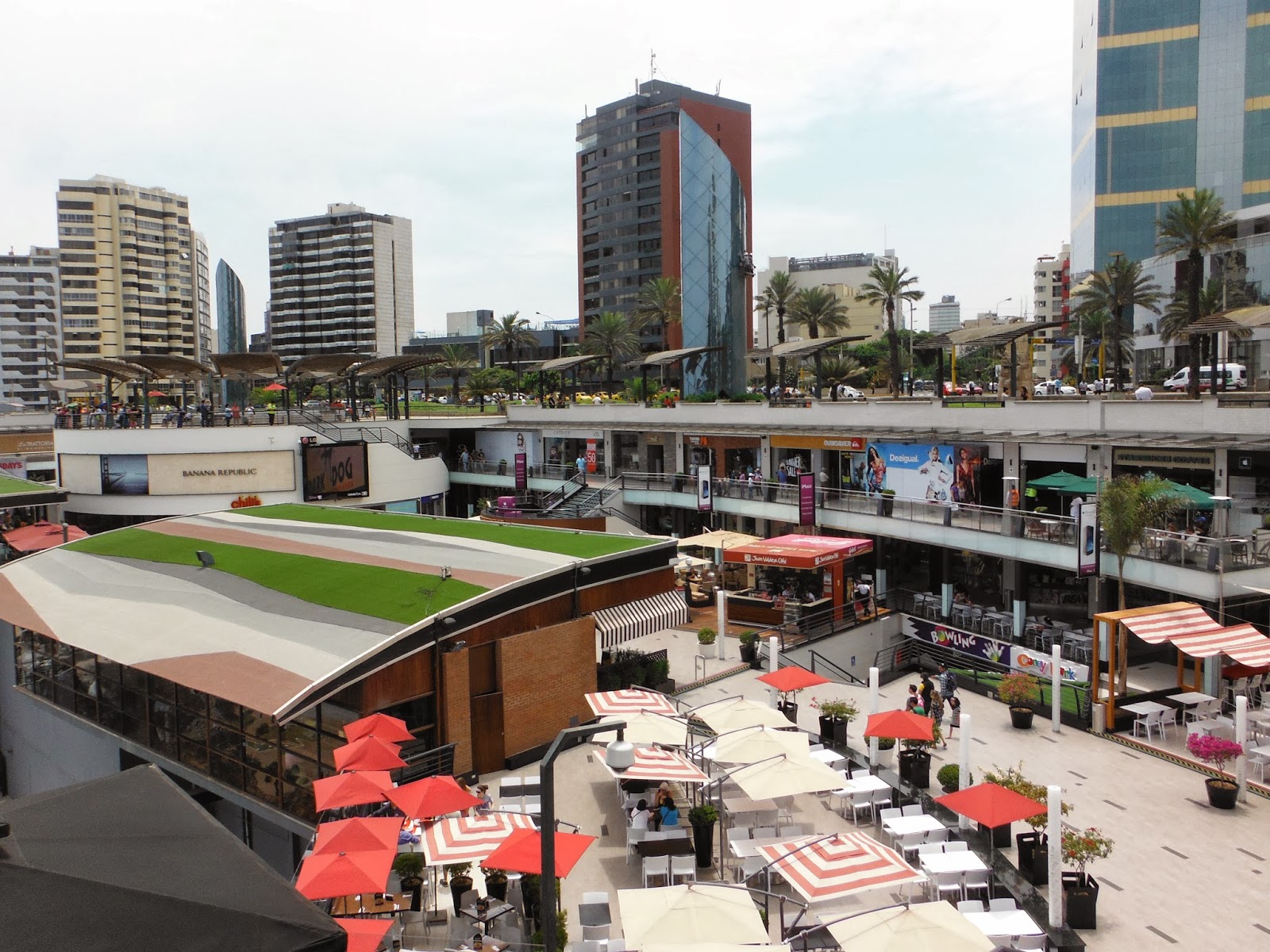 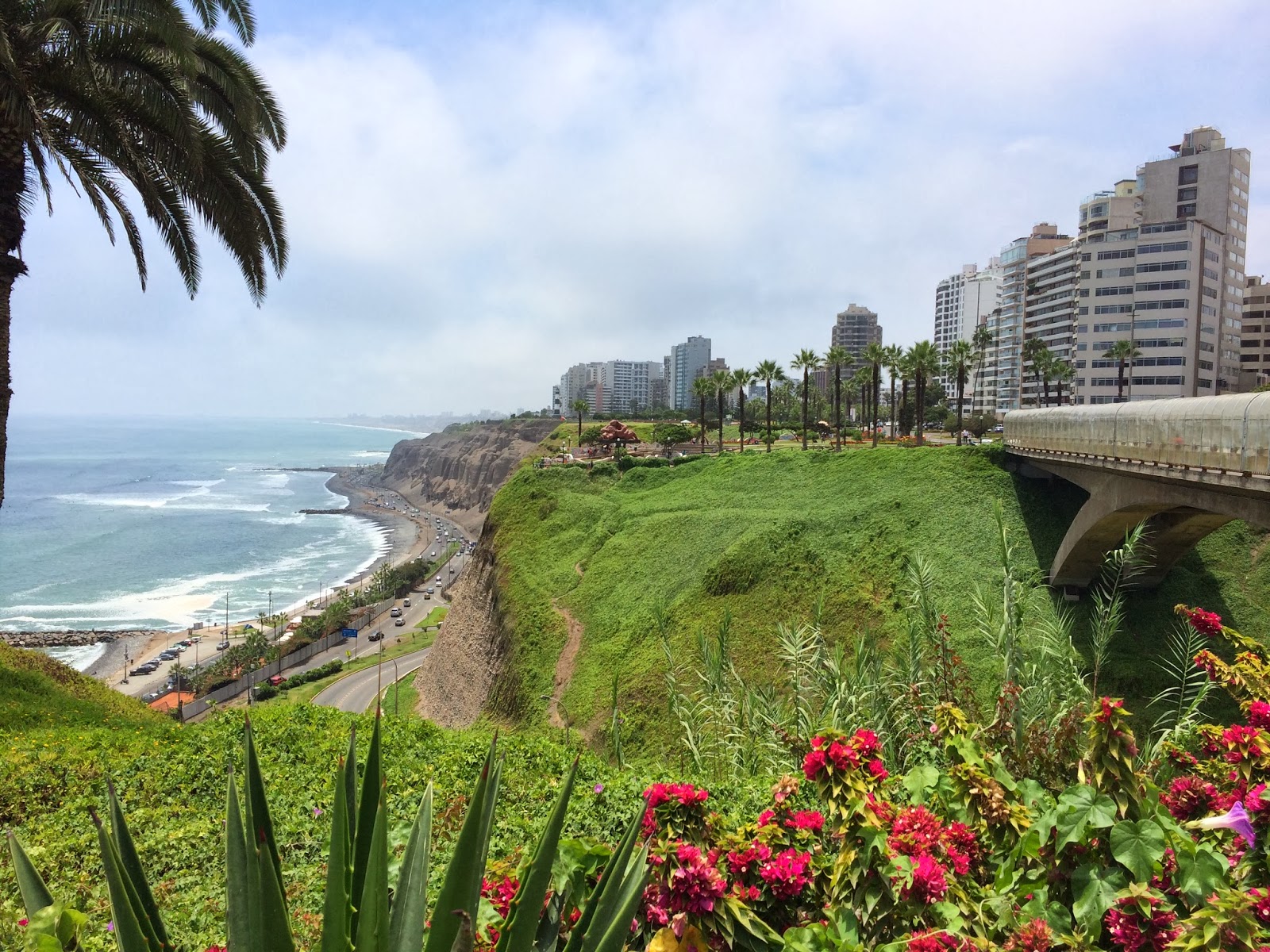 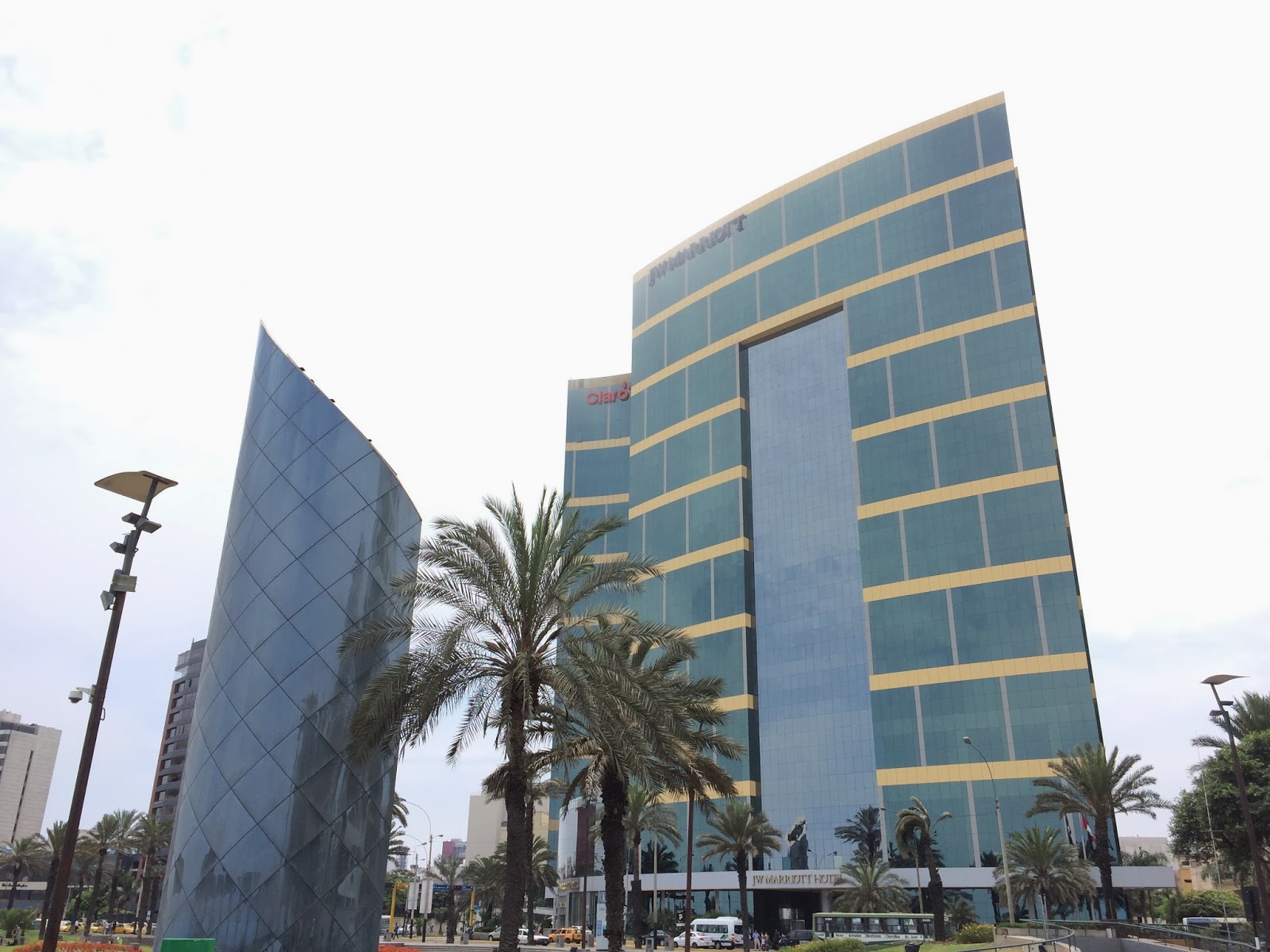 We took a wander through Miraflores, had an amazing lunch at a place called the Raw Café. OK, so this wasn’t very Peruvian, but I saw it recommended by vegetarian travel bloggers and so wanted to give it a try. Just look at the colour of those wraps! 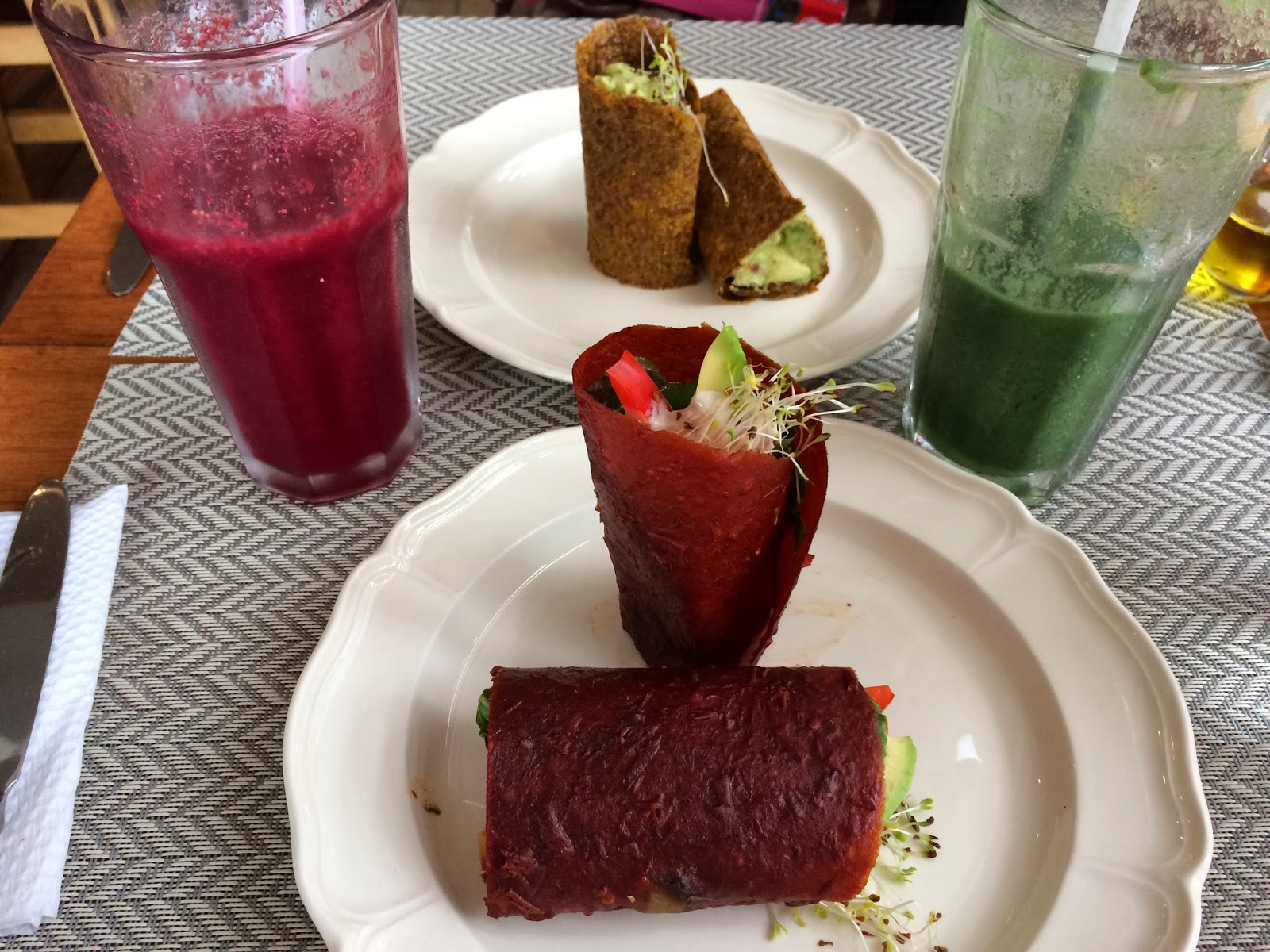 We then headed down to the beach and walked back to Barranco along the seafront and I dipped my feet in the sea. 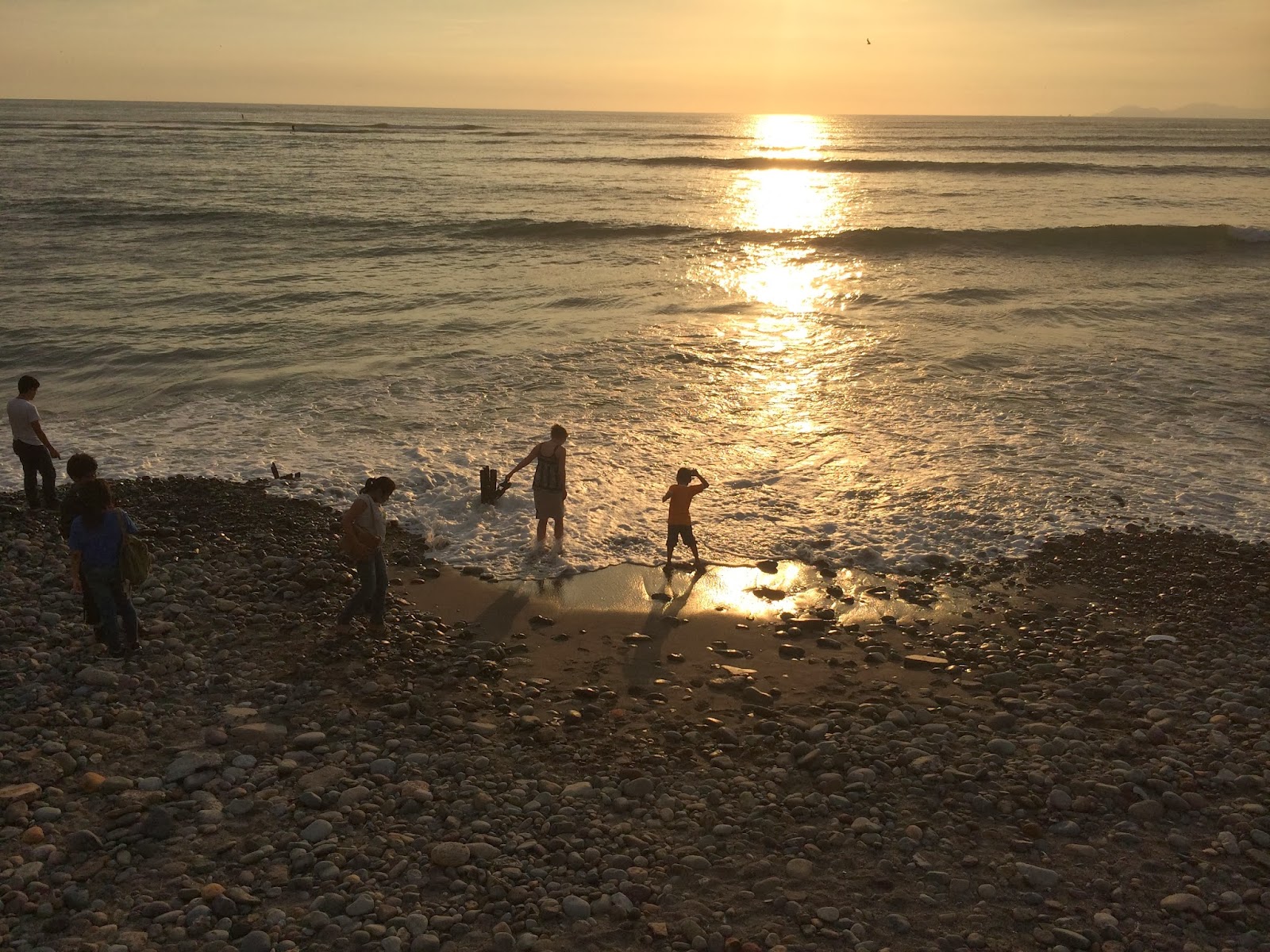 Sundown saw us with a beer overlooking the pathway down to the beach from Barranco. It’s a hard life! 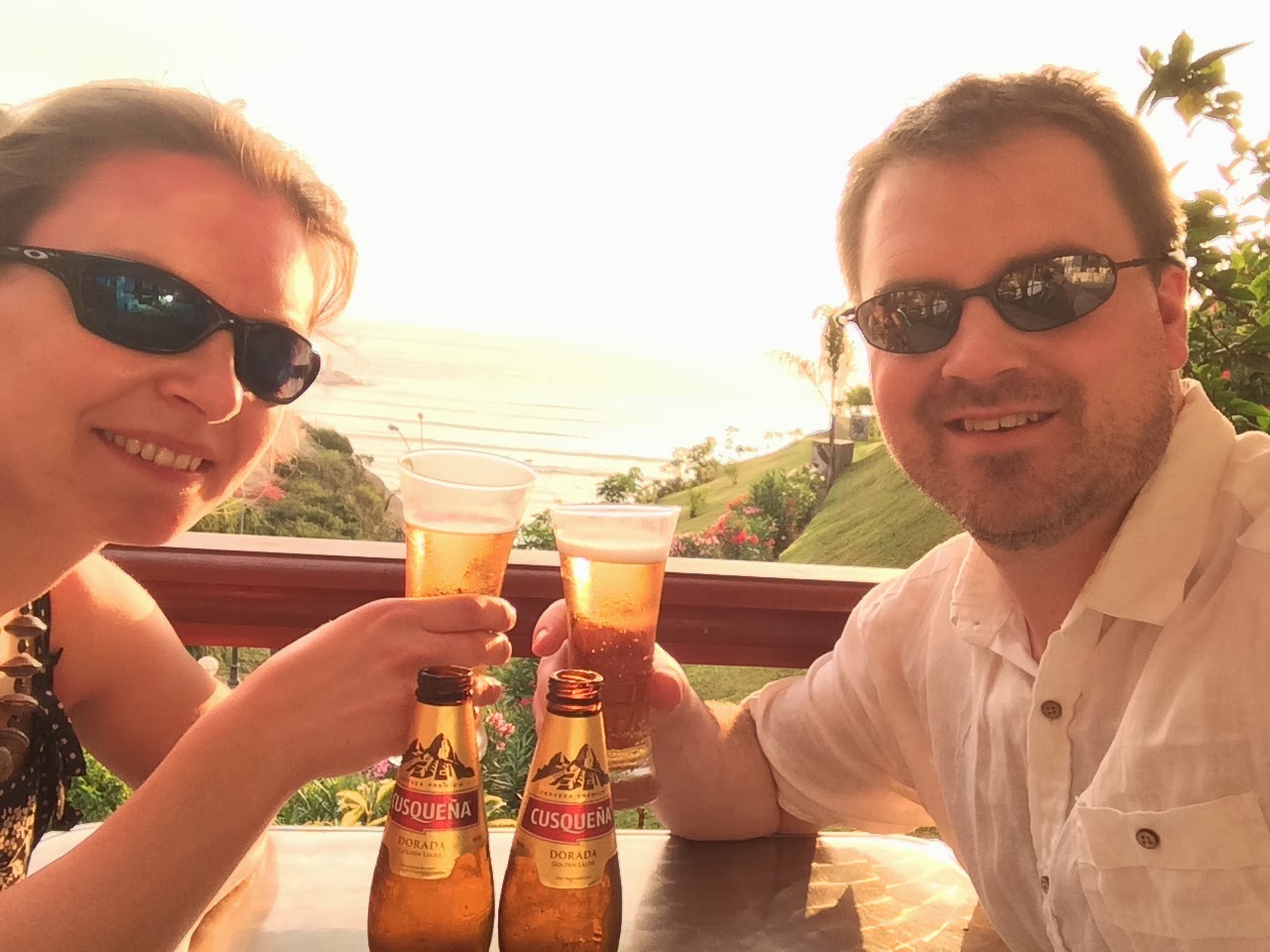 Thanks to the Indefinite Adventure for pointing us in the direction of the Raw Cafe: