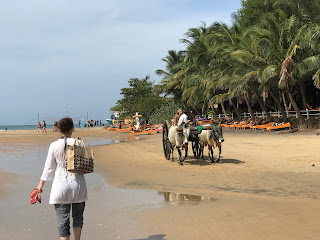 Sri Lanka has two monsoon seasons. From October until January, the East and the North are wet. Then from May until July, it's rainy season in the South and on the west coast, where the better known beaches are. 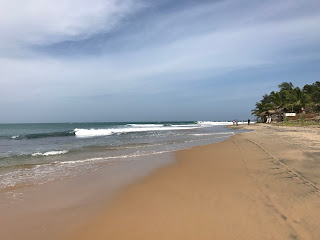 We visited Sri Lanka in June, which meant that for some beach time, we needed to head to the east coast. I have since heard that its not always that bad in rainy season on the south and west coast. However, there is a risk of rain, the seas are choppy and not everything is open.

Anyway, as we were only in Sri Lanka for a short time and wanted to guarantee a nice bit of beach time, from Habarana, we headed to Arugam Bay on the east coast.

Known for its surf, the town seemed to be full of Australians, apparently escaping 'winter', or so they said - I'm not sure if Australians really understand what winter looks like.

The town had a very backpacker feel to it. I felt like I could have been on the backpacker trail anywhere in Asia. There were little cafes, selling slightly pricey western fayre, shops, selling elephant print trousers and a whole strip of hotels and hostels. 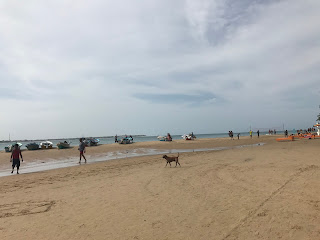 I have to say, it wasn't completely overrun by tourists though and was pretty chilled out.  In the evening, it wasn't filled with drunken westerners doing silly things (not that we saw anyway, but maybe we were in the wrong (right?) place). We did get offered drugs at the restaurant we went to on our first night just 10 minutes after we'd arrived, which took me a a bit by surprise, (don't worry mum, we didn't partake). Overall though, not a crazy party town. 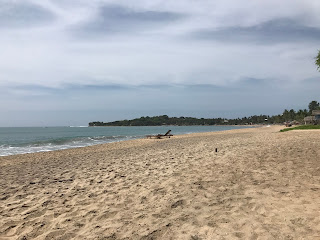 In all, Arugam Bay (like much of Sri Lanka actually) felt like it is only going to get more and more popular with foreign tourists. It isn't quite overrun now though - not yet at least!

As you can imagine in a place that's good for surfing, the sea is quite wavy and so you get thrown about a bit if you do go in, but it was a lovely temperature. 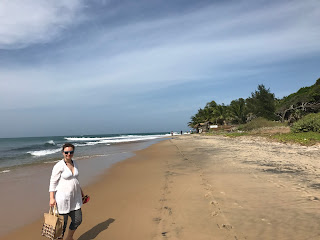 We were there at the weekend when the south part of the bay becomes very busy with locals. It was lovely to see Sri Lankan families out for the day, splashing around to cool off. And its worth a walk down that end of the bay, past the fishing boats and around the sweeping headland. 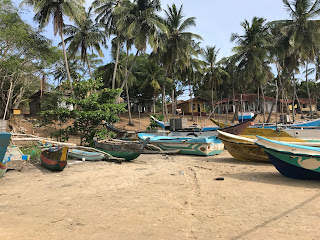 All in all, Arugam Bay was a nice (although not amazing) place to kick back for a couple days - more if you're there for the surf. And as it's not quite been found by the masses, it was really easy to find a nice spot on the beach to sunbathe and relax. However, we're looking forward to our return trip to the country to explore the southern beaches, which do come much more highly recommended. It's always good to have a reason to return to a place! 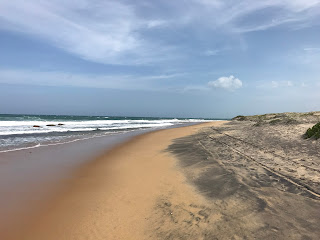