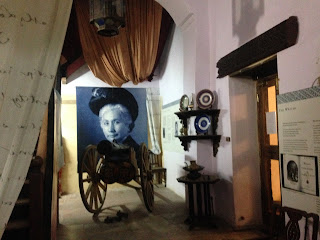 Right next door to the hotel where we stayed in Stone Town - Emerson on Hurumzi - is a small museum dedicated to the Princess Salme.

The Princess was one of 36 children of the Omani Sultan, which at the time also meant ruling over Zanzibar. In fact, her father liked Zanzibar so much that under his rule, the capital of Oman was moved from Muscat to the island. 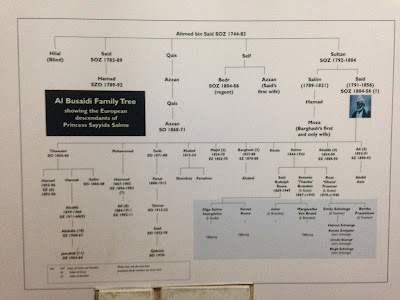 Her mother was a 'slave' wife or concubine. Luckily for Salme, all children of slave wives in the Omani culture were considered legitimate. And having children gave concubines themselves greater status. This meant that Salme inherited land from her father and her mother when they died, giving her a level of independence.

The small museum tells the story of her life, relying heavily on her book Memoirs of an Arabian Princess from Zanzibar - the first known autobiography of an Arab woman.

We had a tour of the museum by the curator - a very enthusiastic man, who was incredibly knowledgeable about her life in Zanzibar and later in Germany and about her writings and political views.

I was fascinated to learn that she secretly taught herself to read and write, but was also intrigued with the scandal she caused when at the age of 22, she eloped with a German merchant, Heinrich Ruete.

Already pregnant, with his child, she escaped Zanzibar to Aden on a British ship with help from the wife of the Acting British Consul, Emily Seward. In Aden she converted to Christianity, changed her name to Emily (after Emily Seward) and eight months later, Heinrich joined her and they were married. On the day of their wedding, they left Aden and headed for Hamburg, where she started her new life as Frau Emily Ruete.

Following the death of her husband just three years after they married, her autobiography was written in part to earn money. The book revealed her radical views for the time, particularly on women's rights, poverty and inequalities. She commented that the German poor were worse off than slaves in Zanzibar, because they had no guaranteed access to shelter or food.

The curator also told us that she tried a couple of times to have a reconciliation with her family on Zanzibar, but was disappointed each time. The Sultan (her brother) refused to receive her.

The museum also has some family photos and includes information about the Princess' descendants in Germany and in the US. 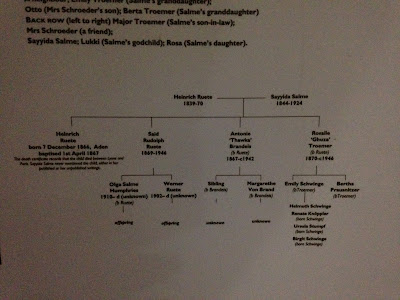 Her life is a fascinating tale and the small museum is worth a look if you are in Stone Town.

We paid 20,000 Tanzanian Shilling (US$10) each for our tour with the curator, but for 10,000 you can have a look around by yourself. His enthusiasm did make it worth it though!

The museum is located on Hurumzi, next to the Emerson on Hurumzi hotel.