Visiting the island of Menorca

After our 6 and a half month trip around South America, we were ready for a holiday! So we went and surprised James' family who had rented out a villa on the Spanish island of Menorca. This also gave us the opportunity to meet James' new niece for the first time!

They were staying in Na Macaret in the north east of the small island - a 25 minute drive from the capital Mahon.


We were there for 5 days and as well as using the time to catch up with James' family, gossip about those in the villa next door (!) and relax by the pool at the villa, we also got a look around the island.

Here's where we visited!

Na Macaret
The small town/hamlet of Na Macaret was a great base for exploring the island and home to the beautiful villa where we were staying. There's small shop and a couple of restaurants as well as a small beach, which is perfectly sized for an afternoon splash in the sea!


If you're not staying at Na Macaret, its probably not worth a detour here, but it was a nice little place nonetheless.

Arenal d'en Castell
The nicest beach we visited in Menorca was at Arenal d'en Castell. The sweeping bay was a beautiful setting and the shallow calm milky blue sea was perfect for a swim and cool off after a hard day at the beach!

Given the number of hotels around, I can imagine that it may get quite busy here in high season. We visited in September and it wasn't busy at all. Meanwhile, other beaches on the island were much busier, so definitely worth checking it out whatever time of year you visit.

Fornells
Fornells is a beautiful fishing village, all painted white, contrasting perfectly with the blue/green of the sea (and sky). There's not really a beach in town, but we enjoyed walking round the harbour area and looking at the boats!

There's also a small fort to wander around and learn about the Franco-Spanish invasion of the island in 1781, which led to the British being ousted from an island they had inhabited for most to the 18th century. 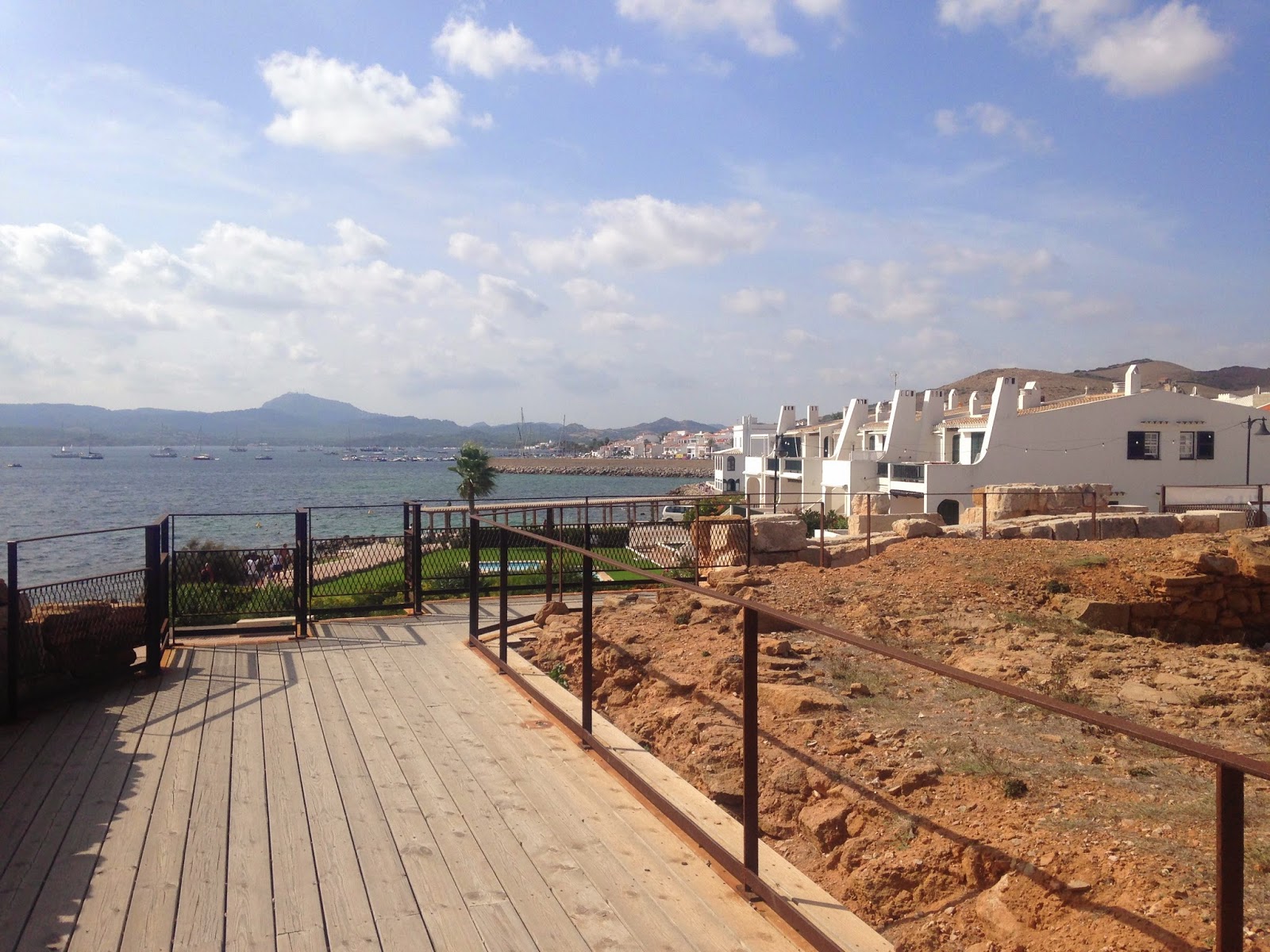 We were only passing through Fornells on our tour of the island, so didn't eat here, but by all accounts the restaurants here are of good standard and looked very popular when we walked past at midday.


The Cavalleria Lighthouse is at the island's most northerly point. It stands at 15 metres tall, 94 meters above sea level.


Its not possible to visit the lighthouse itself, but Cavalleria point was worth a wander around and a clamber over the rocks for impressive views along the coastline and out to sea.


There's a tunnel off to the left of the main viewpoint area which leads out to the cliff edge and a sheer drop down to the sea and rocks below.

Wander the streets of Ciutadella and you feel like you've been transported back to the 17th century.


The old town area really is quite beautiful and we enjoyed walking through it and past the very well maintained older buildings, including the one housing a very good ice-cream shop opposite the cathedral (recommended!).

Its also worth a walk down to the sea's edge to see the town's fort and along back by the harbourside for the restaurants and some boat ogling!


Cala Galdana and Cala Macarella
Wanting to find the perfect off the beaten track beach on the island, towards the end of one of our days in Menorca, we decided to head down to Cala Macarella, as I'd seen some very idyllic photos of the beach on the internet.

We decided to drive to Cala Galdana and walk from there. However, it was getting a bit too late by the time we got there to walk to Cala Macarella and back, if we wanted to also have a bit of time on the beach and in the sea. So we chose some beach time at Cala Galdana instead.

Not to be beaten, we returned later in the week to Cala Galdana and walked along the clifftop path to Cala Macarella. There are a number of viewpoints on the path, affording beautiful views across to Cala Macarella and its little sister Cala Macarelleta.


The beach itself was OK and had lots of well placed trees for shade. But, it was far too busy and not off the beaten track at all! The sea had lots of 'debris' in it too - mostly bits of seaweed and the like, but it made for a much less pleasant dip than the one we enjoyed at Arenal d'en Castell.


I'd go back for the walk, but not necessarily for the beach (although maybe Macarelleta was better?)


Gates!
As we were driving around the island, James' sister Louise noted the interesting style of the wooden gates that adorned the entrances to properties across Menorca. 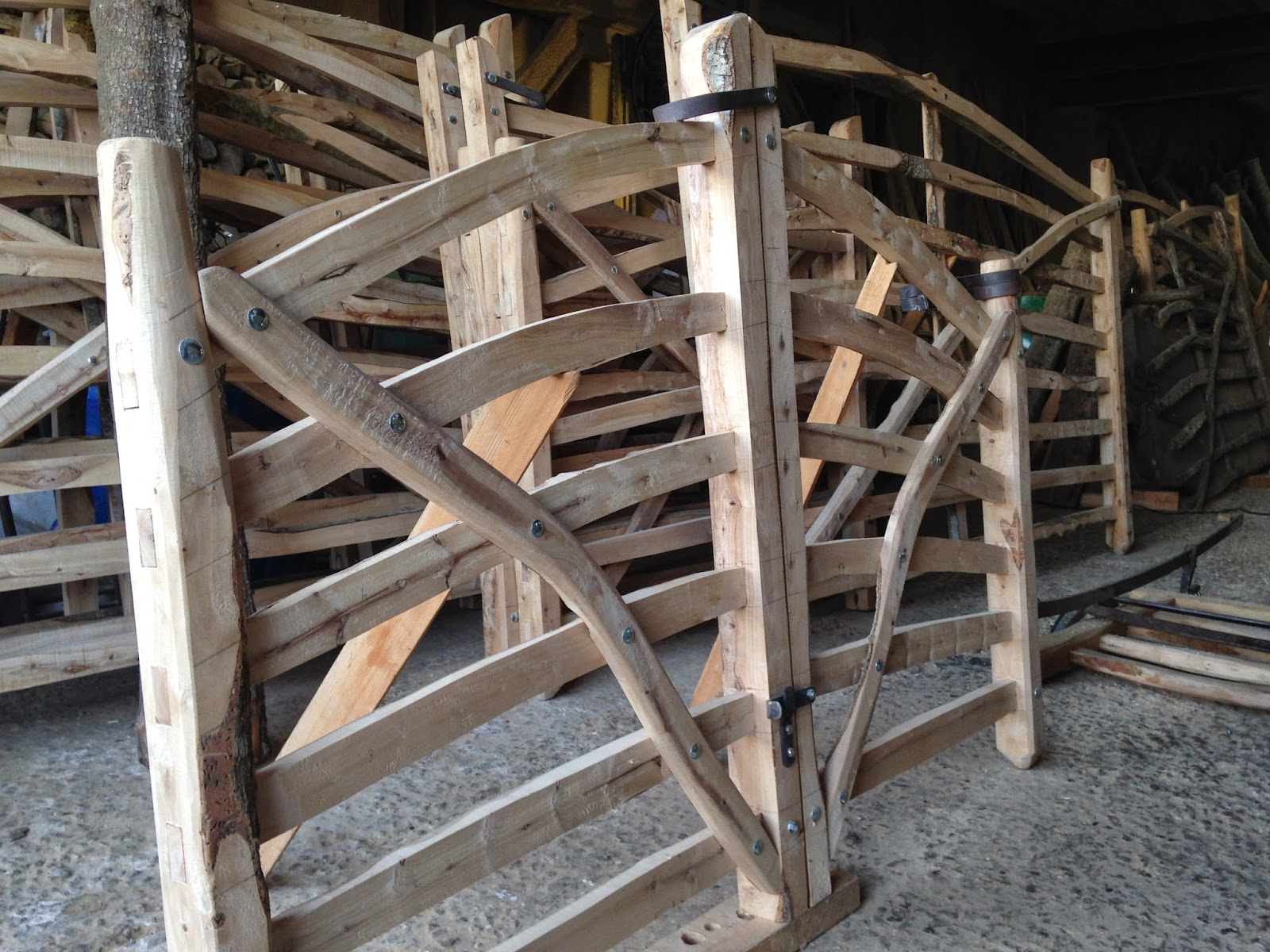 When driving through Es Mercadel, we came across a workshop, where they make these olive wood traditional gates. I had to got out of the car to get a few snaps! 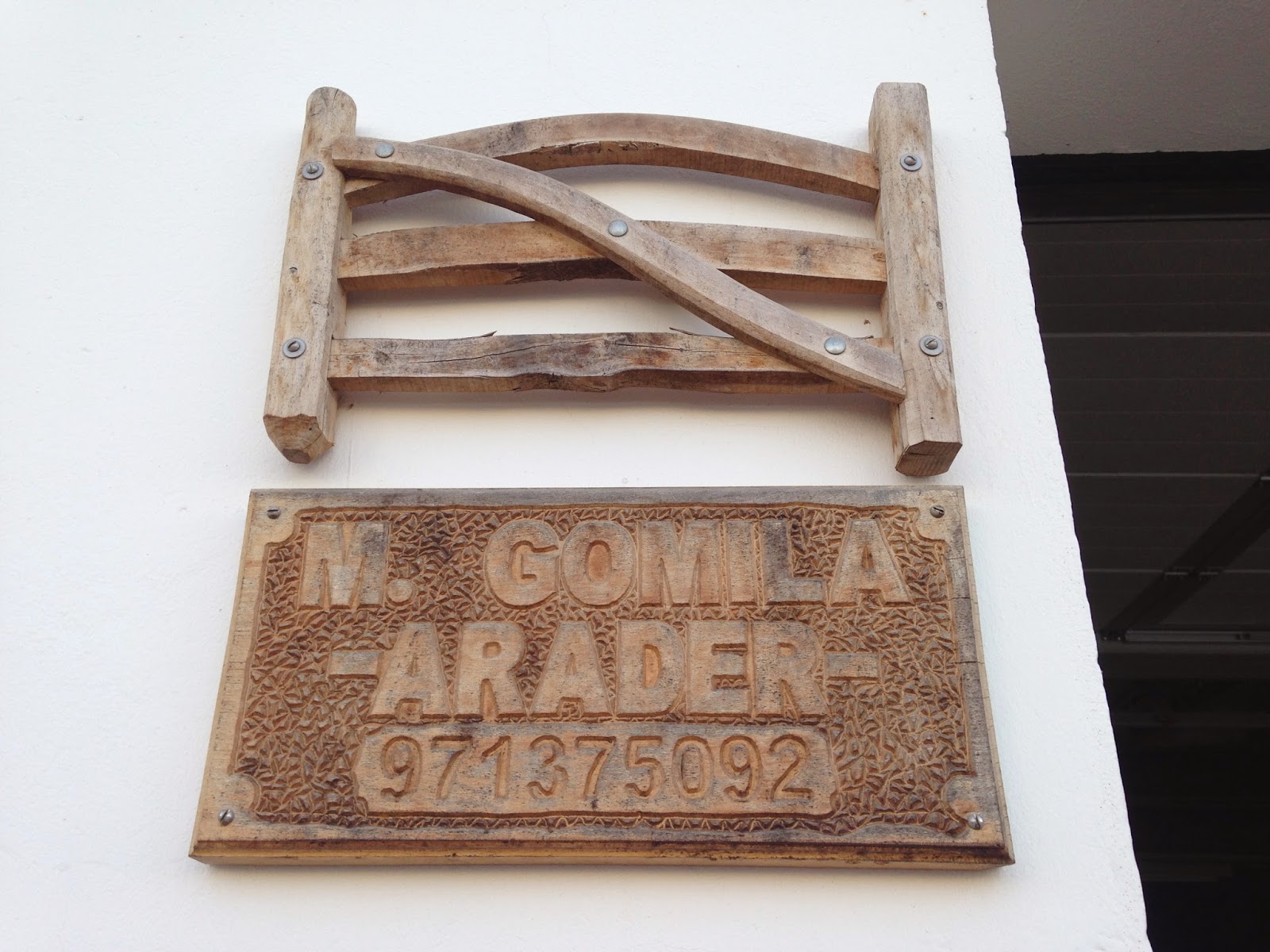 Overall verdict
Menorca is a very pretty little island and seems to have escaped the worst of the over development of Spanish holiday resorts.

There are some great beaches, but also pretty towns and villages to explore too. A great place to eat well, sunbathe and relax!

Have you been to Menorca? What was your verdict? Do you have a favourite beach? Let us know in the comments below.
Posted by Sarah at 18:49