What to do in Norfolk

As the summer bank holiday approached and I realised we had no plans, I scanned mentally through a list of places I wanted to see or see more of that weren't too far away. 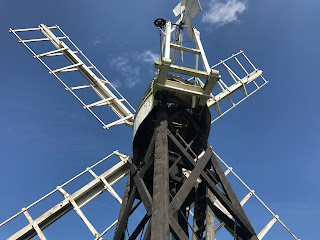 We'd been camping in Norfolk a few years back with friends, but it had rained a lot (and I mean a lot). But what I saw at the time from under my umbrella was lots of places that would be nice in the sun.

And so with the bank holiday promising good weather, my thoughts turned to booking a return trip.

We weren't disappointed by the weather or indeed Norfolk. In fact, we think that Norfolk is much overlooked. Here's what we got up to during our three day weekend.

1) The beach
Our first stop was chips by the sea in Cromer. The seaside town and sweeping sandy bay was bustling with families splashing in the waves, building sandcastles and catching crabs off of the pier. 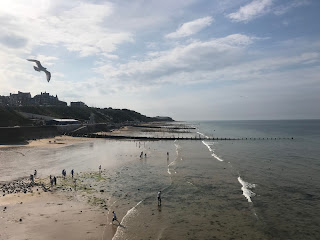 We ate by the beach, looking out to sea and then wandered along the pier, inspecting the day's catches. 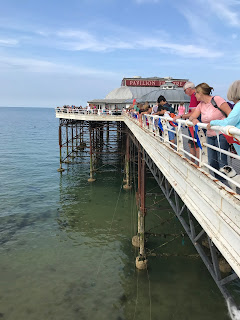 Then it was back down onto the beach for a paddle and a stroll along the water's edge, before we walked back to town passing the colourful beach huts. 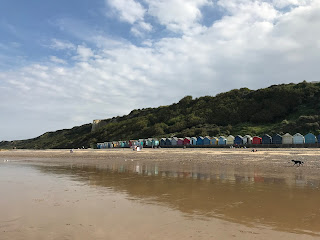 It really is a lovely beach at Cromer, perfect for getting your fill of traditional British seaside. 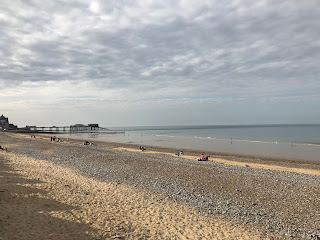 2) Boating on the Norfolk broads
The broads are a network of lakes (or indeed 'broads') and rivers, covering an area of over 300 square kilometres. 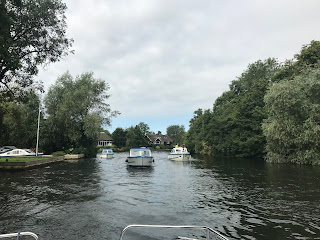 We booked a small day boat to explore the area from the water. It was very relaxing to potter down the rivers and across the broads. 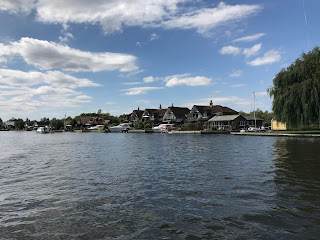 I was particularly taken by the beautiful houses and manicured lawns on the water's edge. 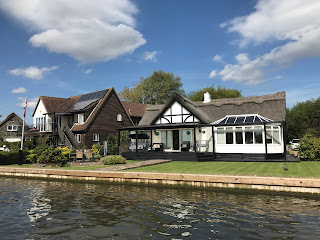 We were really lucky with the weather too and we enjoyed taking it in turns to sit on the front of the boat to watch the world go by. 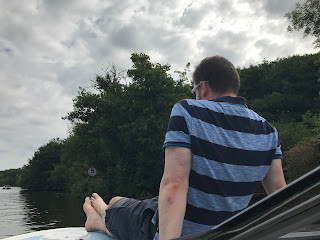 If you want to get a boat, make sure you book, especially in high season. We were pleased to have booked a couple of days before, as when we turned up to get our boat, lots of people were being turned away.

3) Relaxing by the Norfolk broads
Finding a place to walk along the side of the rivers turned out to be less straightforward than we thought it would be. 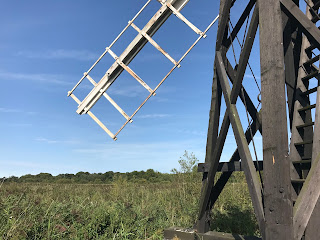 Through many of the towns, the rivers are lined with people's gardens and so its not possible to walk alongside the water. 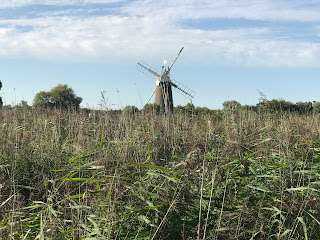 We eventually found a great spot at the How Hill Nature Reserve. After a walk up and down the river, past quintessential Norfolk windmills, we settled ourselves by the water to soak in the afternoon sun and watch the boats go by. 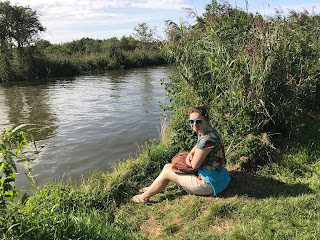 At How Hill, we also had the opportunity to explore the inside of a 'wherry'. 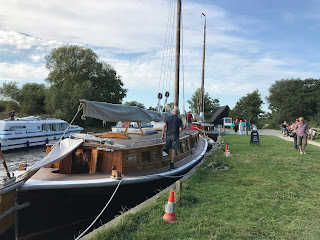 Wherries are a type of boat that were developed for the conditions of the broads and were originally were for transporting cargo. Later 'pleasure wherries' were built as a precursor to the pleasure boats now on the broads today.

4) Norwich
The city of Norwich is definitely worth an explore. 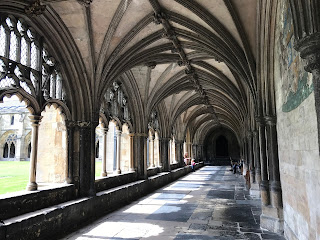 The cathedral and its cloisters are particularly beautiful and we were also lucky to be there to hear the end of a concert. 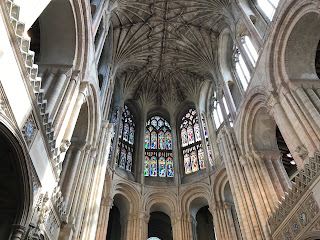 Inside the cathedral, I was also interested to hear the story of Edith Cavell. She was a nurse from Norfolk, who helped 200 allied soldiers escape from German occupied Belgium during the First World War, but was captured by the German's and sentenced to death by firing squad. 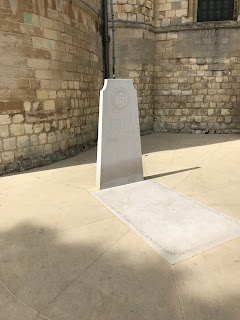 We didn't go inside Norwich castle, but wandered around the outside of this very distinctive Norman building. 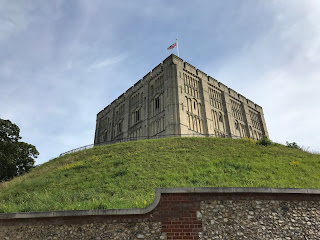 From the castle, we looked down to the colourful wooden huts of the Norwich market, before a wander around. 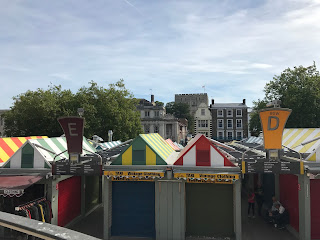 The other area of particular note in Norwich is the pretty Elm Hill - a very well preserved cobbled medieval street. 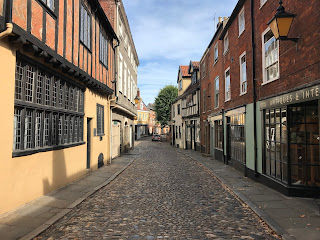 It was named after the elm trees in the small square along the street, which were later replaced because of Dutch Elm Disease.

Where we stayed
We found a really interesting Air BnB, just north of the city - a boudoir-esque yurt-like tent at the end of the friendly Gary's back garden. 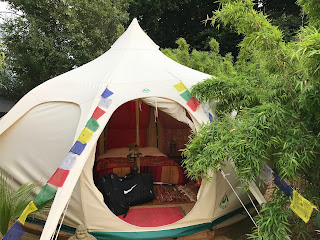 The pathway up to the tent was beautifully laid out with a manicured garden, a hammock to relax in and solar powered lighting that guided the way after dark. 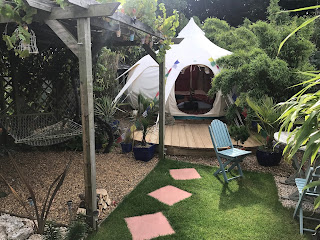 Pretty Middle Eastern and Asian style furnishings adorned the inside, making it very cosy and a lovely place to return to at the end of a long day in the Norfolk air. 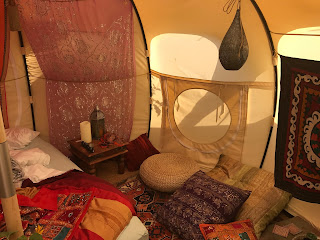 Have you been to Norfolk? Did you get out on the water? What were your best bits?